Hochman: Do you know how good Ozzie Smith's 1989 was in the field? Neither did Ozzie.
0 comments
Share this
{{featured_button_text}}
1 of 3 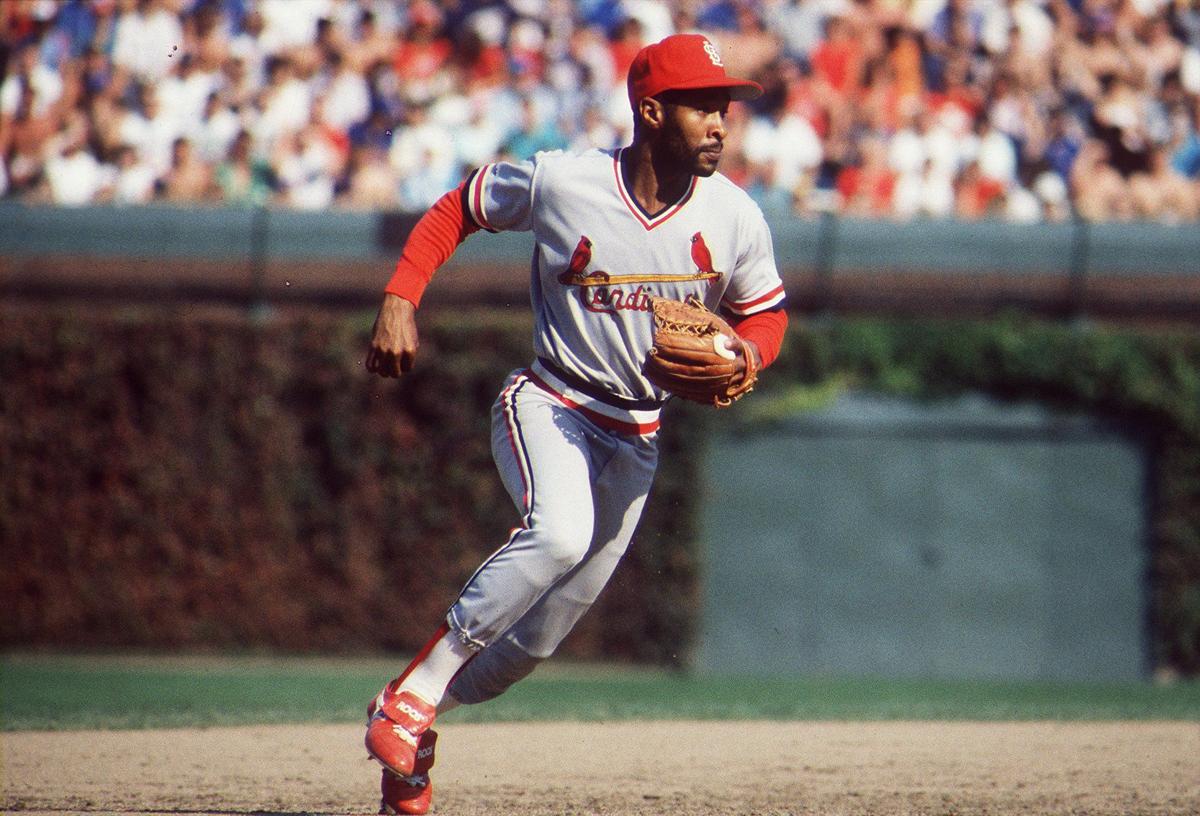 Shortstop Ozzie Smith had many outstanding seasons in the field, but in 1989 had a statistic that was more than double Gold Glove caliber. (Post-Dispatch file photo by J.B. Forbes)

Shortstop Ozzie Smith had many outstanding seasons in the field, but in 1989 had a statistic that was more than double Gold Glove caliber.

Ozzie Smith's famous home run for the Cardinals in the 1985 playoffs, against the Dodgers, that led announcer Jack Buck to say: "Go Crazy, folks, go crazy."

Quantifying wizardry sounds problematic, but baseball has a stat for everything.

And so, a scroll down Baseball-Reference.com is like a stroll down the yellow brick road — in fact, if you type “The Wizard” into the search bar, it takes you right to Ozzie Smith’s stats page.

One day, I perused Ozzie’s year-by-year Total Zone ratings. Listed under “Rtot,” Total Zone is the definitive advanced fielding stat of his era (and can be used to rate any player from any era). Zero is “average.” Plus-five is “above average,” plus-10 is “great” and plus-15 is “Gold Glove caliber.” In the majority of his St. Louis seasons, Smith’s Total Zone rating was somewhere from 12 to 21, which, of course, is astounding.

Except in 1989, when his rating was 32. Thirty-two! More than double “Gold Glove caliber.” So he had all these amazing seasons and then this one season that was somehow extraordinarily even better than all the others?

“I’m not a stat man — that’s kind of surprising that it was that much better than the years before,” Smith, the 66-year-old Cardinals legend, said by phone. “I was as consistent in ’89 as any other year — I didn’t see that year as any different. I didn’t try to concentrate more or say, ‘Hey, this year is going to be the best defensive year I’ve ever had.’ I never thought like that. I had a job to do every day, and I worked real hard so that I got that job done.”

The 1989 season was the 10th season the shortstop won the Gold Glove — that fall, he opened his West Port Plaza restaurant, where the resplendent Rawlings were on display. And his fielding percentage was .976, very similar to his career average of .978. From The Wizard’s standpoint, his sorcery seemed unordinary. But the analytics give it a magnificent perspective.

So what exactly is this stat? Total Zone?

It’s the handiwork of another Smith, Sean, a “stat-smith” who runs a website called BaseballProjection.com.

With access to Retrosheet, he and others can see the scoresheet zones where balls were hit in every at-bat of every game. As Sean wrote in the glossary on Baseball-Reference, “This allows more detailed assignment of hits, and when comparing to the league average, I compare to the league average for that particular zone to account for difficulty.”

In his cauldron, he stirs up a recipe for Total Zone by analyzing balls hit and fielded (or missed) by each position on the field — and then comparing each fielder with the others in the league. The number given is considered the total of “runs saved.” So Ozzie “saved” 32 runs from being scored in 1989. The stat, of course, was a precursor to Defensive Runs Saved (DRS) and Ultimate Zone Rating (UZR), which often are cited today.

During 1989, Smith had 709 defensive chances at shortstop, a number that wasn’t an outlier. But not all chances are equal. And the advanced stat suggests that he got to more balls that other shortstops in the league didn’t get to.

“I was trying to think about what would’ve made that year different,” Ozzie said. “The only thing I could come up with was pitching. If you have a good defensive team and you have a pitcher who can pitch to scouting reports, I’m sure that had something to do with it.”

Indeed, the 1989 Cardinals rotation featured a couple of starters — Joe Magrane and Scott Terry — who were known for inducing groundballs. And that July, the Cards added Ricky Horton and in September added Bob Tewksbury, who would become a standout starter.

“I can tell you from being on the mound that it was a great feeling to know if the ball was hit to the left side of the infield it was an out!” Tewksbury said via email. “I would always tell Oz the day that I pitched that I was going to make him look good tonight — tongue in cheek, of course. I also proudly tell people that because I was a contact pitcher, and made Oz look good, that I got him into the Hall of Fame.”

The 1989 Cards season is considered a failure because they didn’t make the playoffs, but they did have an 86-76 record in the era before the wild card. Smith led that team with a 7.4 WAR (Wins Above Replacement), which included 4.8 of that as defensive WAR, tops in the National League.

As for his 32 Total Zone rating, it meant “he was fielding a higher percentage of balls in play than he was in other seasons,” Sean Forman from Baseball-Reference said in an email. “I also would say that sometimes batters have great years and fielders can be the same way. Some of it is random variation and some may just be he was at the peak of his powers.”

As it was, Ozzie was a part of the greatest defensive play in the 1989 season.

However, he was the batter.

On April 26, the lefty-hitting Smith sliced a fly ball into the left field corner. The Giants’ Kevin Mitchell hurried over but didn’t run the crispest route, so he reached out with his bare hand and caught the ball.

A look back at the career of Ozzie Smith

A former batting champ and co-National League MVP gets his red jacket.

Shortstop Ozzie Smith had many outstanding seasons in the field, but in 1989 had a statistic that was more than double Gold Glove caliber. (Post-Dispatch file photo by J.B. Forbes)

Shortstop Ozzie Smith had many outstanding seasons in the field, but in 1989 had a statistic that was more than double Gold Glove caliber.

Ozzie Smith's famous home run for the Cardinals in the 1985 playoffs, against the Dodgers, that led announcer Jack Buck to say: "Go Crazy, folks, go crazy."