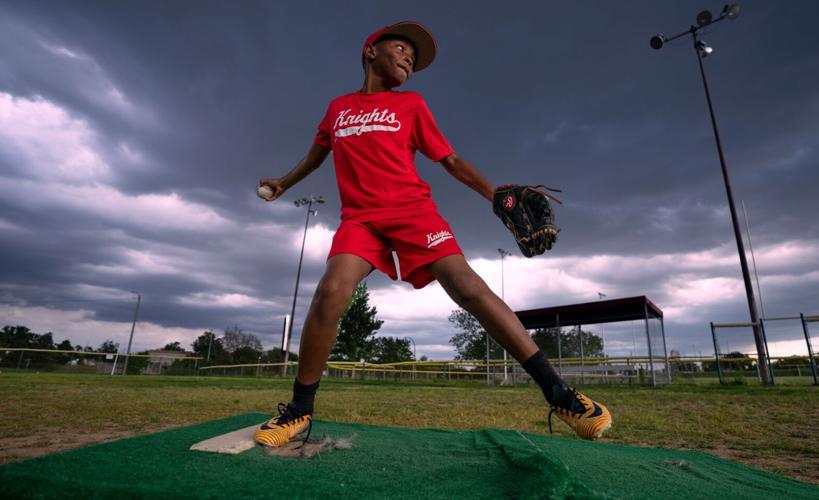 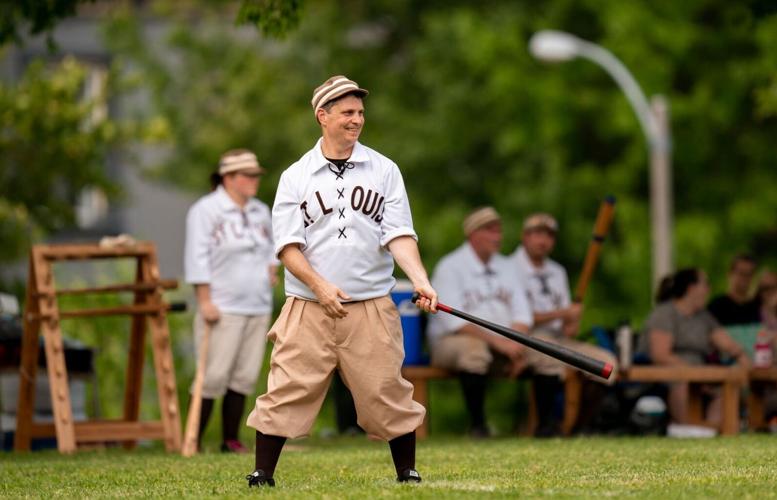 A member of the St. Louis Brown Stockings gets ready to hit in a vintage baseball game at Lafayette Park in St. Louis. 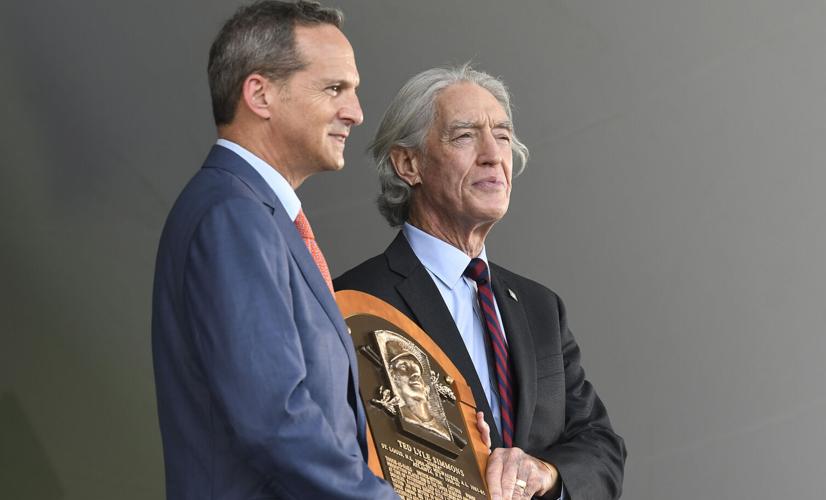 Baseball, at its root, is grassroots. It sprouts throughout, be it in our cities or cultures, and it’s played everywhere by the everyman — or, really, the everykid.

Baseball’s innocence is its essence.

Jeff Idelson always knew this. Respected this. But the baseball in his orbit was otherworldly — he was the president of the Hall of Fame, promoting and preserving the game performed at its highest levels by legends.

But after a quarter-century, Idelson left Cooperstown, of all places, to go find baseball. To rediscover baseball. To uncover baseball. And now, he’s promoting and persevering baseball in a new way. In a unique way. And in an essential way.

“Jean Fruth's idea was to give a platform or a voice to the amateur game that doesn’t necessarily have that, in addition to growing the game at the youngest levels,” said Idelson, 58, who joined forces with acclaimed baseball photographer Fruth to create a nonprofit organization called Grassroots Baseball.

Founded in 2019, it has provided baseball instruction to underprivileged kids, as well as free equipment. Idelson used his connections to bring legends of ballparks to small parks. Ozzie Smith met kids in St. Louis through Grassroots Baseball, while fellow Hall of Famer Goose Gossage did so across the state in Springfield. Hall of Famer Jim Thome returned to his hometown of Peoria, Illinois, for a cool event.

And Grassroots Baseball has documented grassroots baseball. Idelson and Fruth drove an RV across the entire distance of Route 66 (more than 2,400 miles), while Fruth took photos of baseball being played along the way. It was an extraordinary endeavor. And it was a creative idea to capture the Americana of baseball on America’s famous road.

“They really do tie together,” Fruth said. “When you talk about baseball to people, everybody has their baseball memory. They want to tell you, ‘Oh, the first time I went to the Cardinals game I got my ball signed. … And it’s the same thing with Route 66. People will tell you, ‘Oh, I was in the backseat of the station wagon with my parents and we went from Chicago and stopped at this motel.’

“And that’s what it is — nostalgia. It brings back memories and it connects generations. And baseball looks different in different places. It’s played the same everywhere. But when you go to downtown Chicago, it looks very different than (in) Baxter Springs, Kansas. And St. Louis looks very different than the beaches of Santa Monica and all the places in New Mexico on pueblos, and the deserts of Arizona. It really is slices of Americana all along the way.”

They got their pics on Route 66. Fruth was the photographer, Idelson was the RV driver. Together they created a beautiful book of baseball photography. It’s called “Grassroots Baseball: Route 66.”

The books is divided by state. Each chapter features an essay from a famous ballplayer — Ryan Howard from Missouri, for instance — and then the stunning photos by Fruth (her baseball photography abilities are Fruthian).

There’s one of a boy in Illinois, hitting a ball off a tee, with the streaking clouds appearing to be shooting from the ball. There’s a kid in California pitching so forcefully, his hat flew off. And there are kids in Missouri, sitting on a railing at Ted Drewes, swapping stories and consuming custard. One of the boys is West Hrabosky, grandson of the great former Cardinals pitcher Al.

Idelson and Fruth will be at Busch Stadium on Saturday for “Grassroots Baseball Day.” From 10:30-11:30 a.m., Fruth and Idelson will sign copies of the book at Ballpark Village, along with a VIP guest — Hall of Fame catcher Ted Simmons. All the proceeds go to charitable causes — 50% to Grassroots Baseball to support its nonprofit mission, 50% to Cardinals Care.

And on Aug. 14, the trio will be joined by Whitey Herzog and Bruce Sutter for a 4 p.m. book event at Duane Reed Gallery, at 4729 McPherson Ave in St. Louis.

On deck for Grassroots Baseball? A project about women in baseball.

“We’re just in the infancy stages of that,” Fruth said, “but we’ve already had some great shoots and interviews — and we’re also trying to have a video component to this project, because the stories are just so great. It’s probably a three-year project that we just began.

“I had a chance to interview Maybelle Blair from the All-American Girls Professional Baseball League. She’s 95 years old and still going strong. And I also interviewed some of the modern-day women in the game, playing and coaching. So those proceeds go back into the program and help us continue our journey and to grow.”

For years, Idelson was the other guy in the famous picture. You’ve seen the shot — a baseball legend receives his Hall of Fame plaque on induction day, while a guy in a suit hands it to him.

He was right there, perpetually in a front-row seat for history.

“Now, it’s the chance to go back full-circle,” Idelson said. “And to spend time on Little League fields and American Legion and amateur baseball, and to really give that section of the game an added platform was appealing to me. And the chance to give back and try to help grow the game. So the timing is right for me. And I couldn’t be happier being on the small fields all across America.”

How Cardinals chose matchup over magic, pinch-hitting for Pujols in pivotal at-bat vs. Atlanta

With two hits and a double Wednesday, Pujols moved within a swing of tying one of Musial's remarkable records, but he didn't get that chance in the eighth.

A member of the St. Louis Brown Stockings gets ready to hit in a vintage baseball game at Lafayette Park in St. Louis.