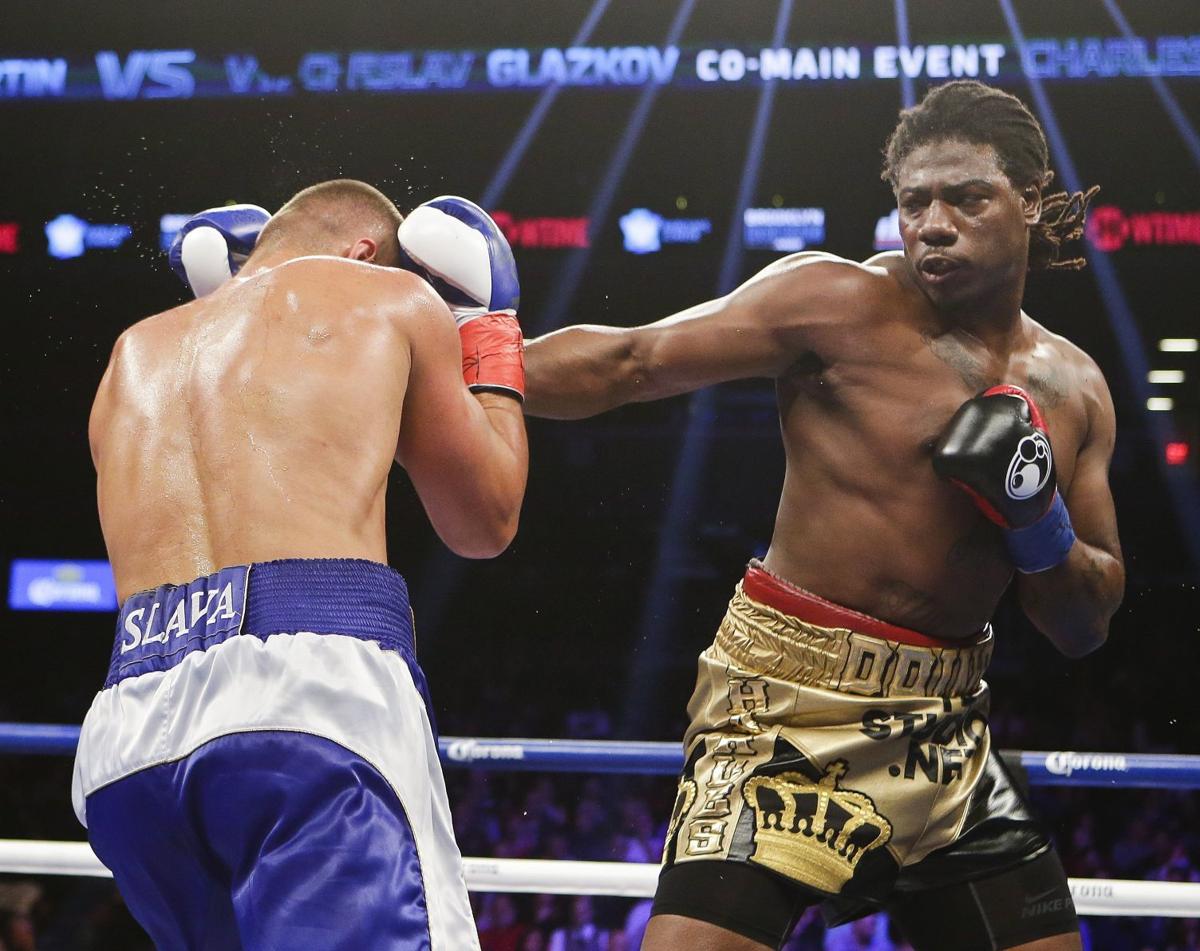 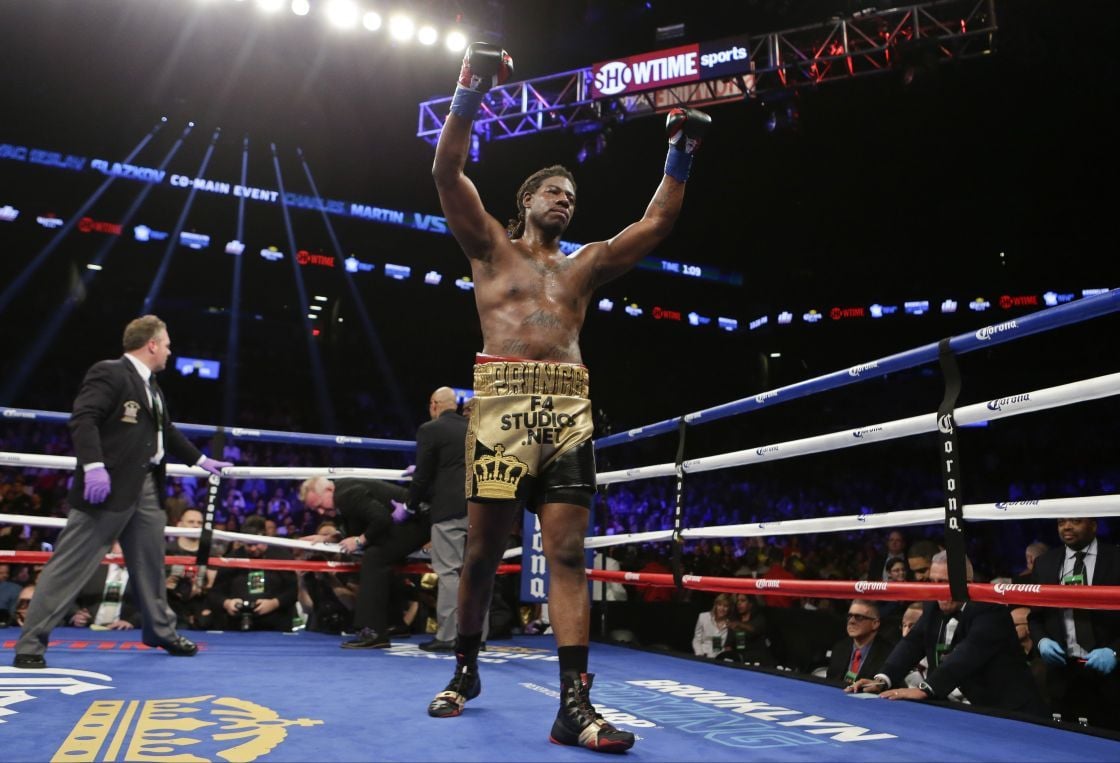 Charles Martin’s ascension was serendipitous and surreptitious, considering that he’s the International Boxing Federation heavyweight champion, and you’ve never heard of him.

Arguably, Charles Martin isn’t even the most-famous Charles Martin. Type the name into Google, and you get the New York Times best-selling author of “A Life Intercepted.”

But boxing’s Charles Martin has a story that’s bonkers. And also, who knew, he was born in St. Louis, living here until his early teens.

“I lived in St. Charles, on the street with Lindenwood,” Martin told me by phone Wednesday. “We used to live in the county, too. … I remember just being a little roughnecked kid.”

Our story begins in Düsseldorf.

Back in November, Wladimir Klitschko was the champ. He wore all three heavyweight belts from the three reigning organizations: World Boxing Organization, World Boxing Association and the aforementioned IBF. But on a November night in Germany, he lost to a gent fittingly named Tyson Fury. But here’s how it got tricky. Fury originally signed a rematch clause with Klitschko, and sure enough, Klitschko said he wants a rematch (to win back his belts). Sounds fair and fun. But then came the sucker-punch from the IBF. Unlike the other two boxing groups, the IBF stated that its champion must fight its No. 1 contender. And that man was Vyacheslav “Czar” Glazkov.

But instead of a spar with “Czar,” Fury opted for the windfall, and thus fallout, of a rematch with Klitschko. And that was that Fury lost his IBF belt.

So, with the IBF title vacated, who would get an IBF title shot against Glaskov?

And on Jan. 16, at Brooklyn’s Barclays Center, Martin defeated Glazkov to become the IBF heavyweight champion. Indubitably serendipitous, Martin won it basically because the other guy slipped on the canvas.

Accounts from the fight detailed that in the third round, Glazkov’s feet were tangled with Martin, and Glazkov slipped — and the referee ruled it as such, and not a knockdown. But Glazkov grimaced, and he appeared to be injured. He returned to the fight and fell down after throwing a punch. The ringside doctor said Glazkov couldn’t continue with what he feared was a torn ACL.

OK, this wasn’t the “Thrilla In Manila,” but Martin still won, as the rules state. He’s the champ, and he earned $250,000. He had, if this means anything, landed more punches than Glazkov (25 to 19), and as Martin explained to reporters after the fight, if you want to call it that: “It was meant to be. We had 12 rounds, so I was pacing myself. I was going to pick it up. I don’t even know what he was doing. He was scared as (bleep). You could see it in his eyes.”

So there you go, the heavyweight champion of the world (well, sort of) is from St. Louis. He’s the son of Tony Taylor and Sonya Martin (now Campbell), and his mother is a St. Louis native. The boxer told me that his grandfather, aunt, uncle and cousins still live in the area.

The champ said he wasn’t too good at organized sports while growing up, but recalled a raucous childhood in St. Charles and St. Louis.

“I remember those days, having birthday parties, the Fourth of July, us having water fights. I was just young, I was a kid, summer nights, doing back flips, jumping around. … And I remember having someone steal my bike, watching my combination when I opened up the lock.”

I suppose the erstwhile bike thief, now with knowledge that his victim is the IBF heavyweight champ, will forever keep his story to himself.

As for boxing, the Martin saga details everything that is wrong with how the sport is ran. You often hear tales about the “alphabet soup” that boxing is drowning in, with different organizations and belts. And the fact that Martin is the IBF heavyweight champion, without even being the top IBF heavyweight contender, epitomizes the stupidity (he’s boxing’s Gerald Ford).

With that out of the way … it still is cool that the kid from St. Louis has made it big. And who knows, maybe in the eyes of Fury and Klitschko, he can see it, too. Maybe Martin will be the best of the best. Right now, he’s one of them.

But will he use it in St. Louis?

Hochman: Who will lead the Cardinals in home runs?

Numerous stat sites are focused on Moss (who isn't guaranteed a starting job), Grichuk and newcomer Gyorko as prime sources of power.

New defensive coordinator has unique perspective on life, because he almost lost his. Now he lives for his children and his players.

Hochman: Easy to root for a guy like Peyton Manning

Hochman: Blues have us worried

Lofty rank in points is of little comfort as offense struggles.

What has made Mizzou competitive in the SEC is its ability to grow talent, not just replenish its talent pool, like Alabama.