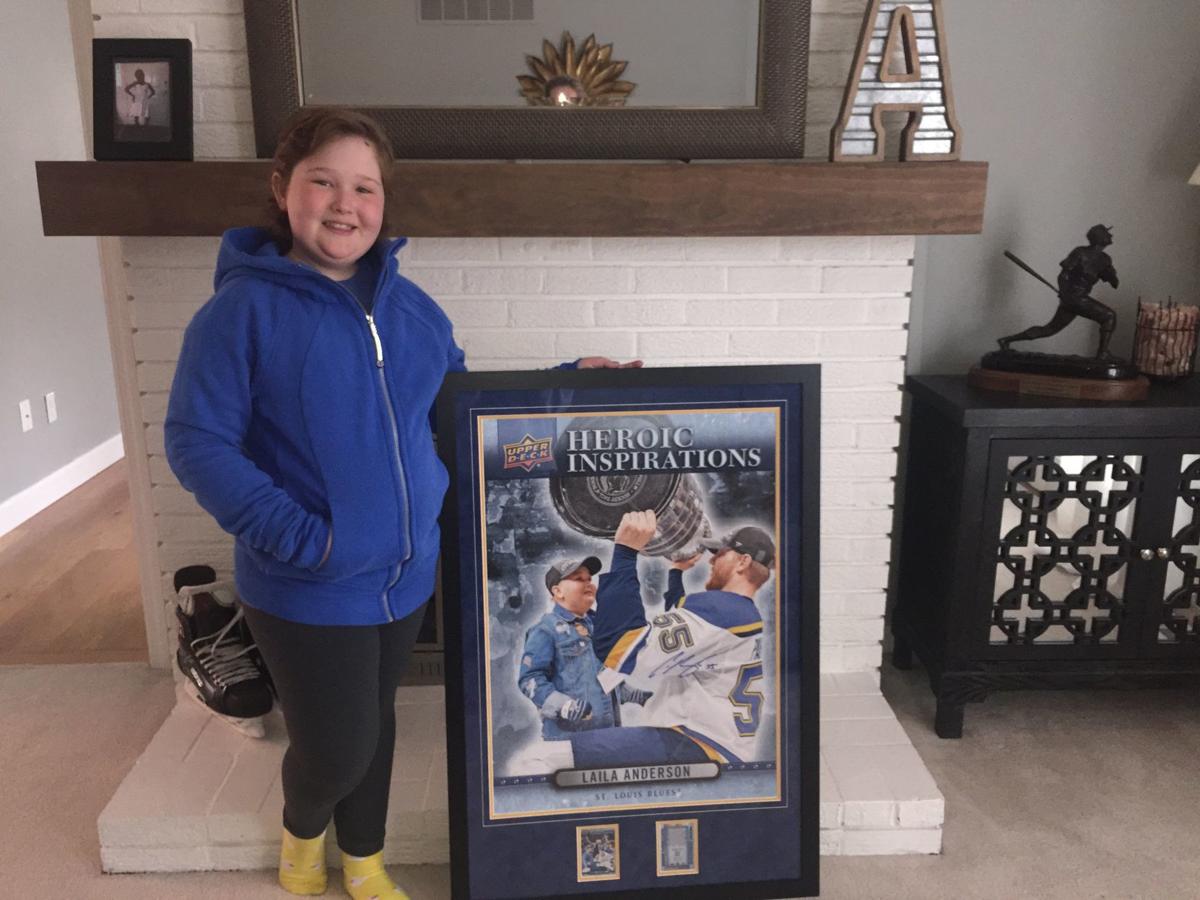 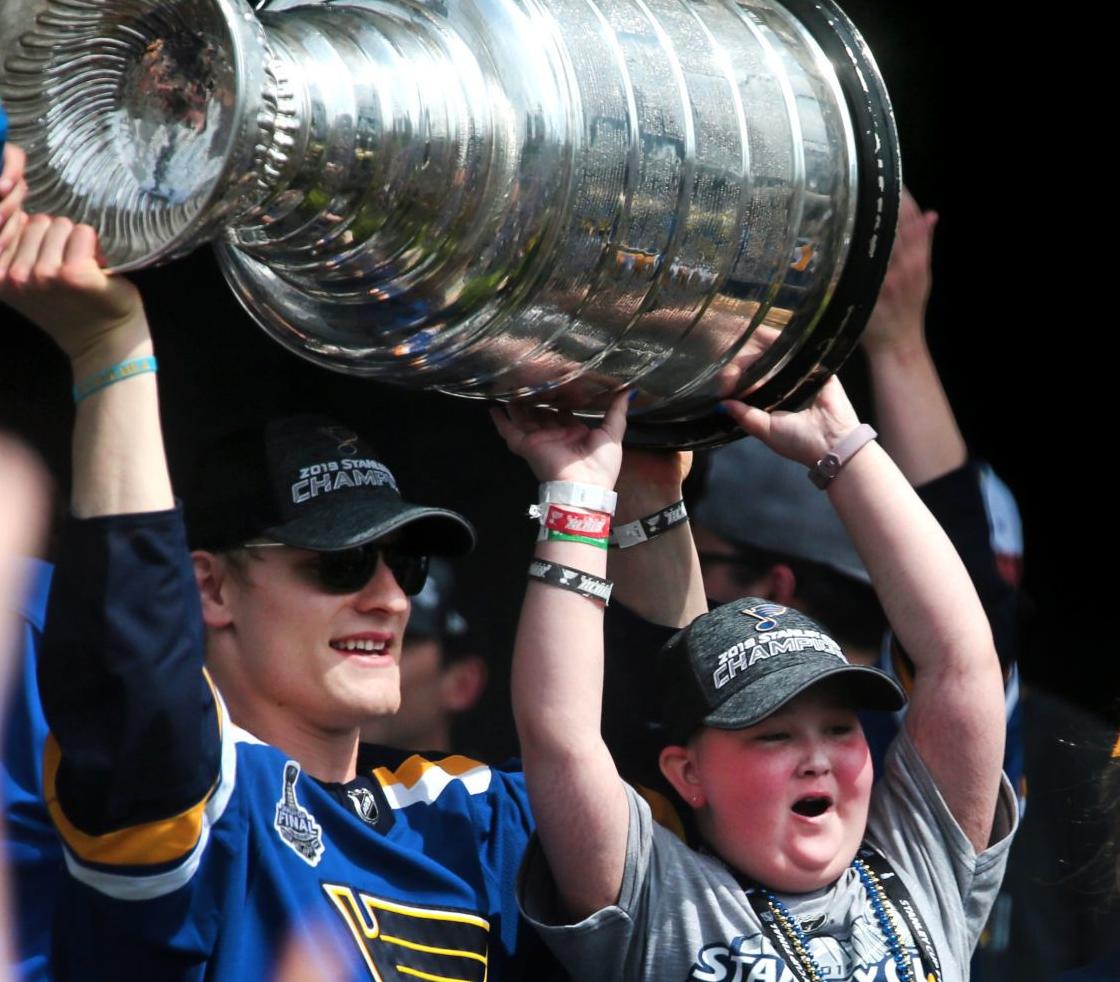 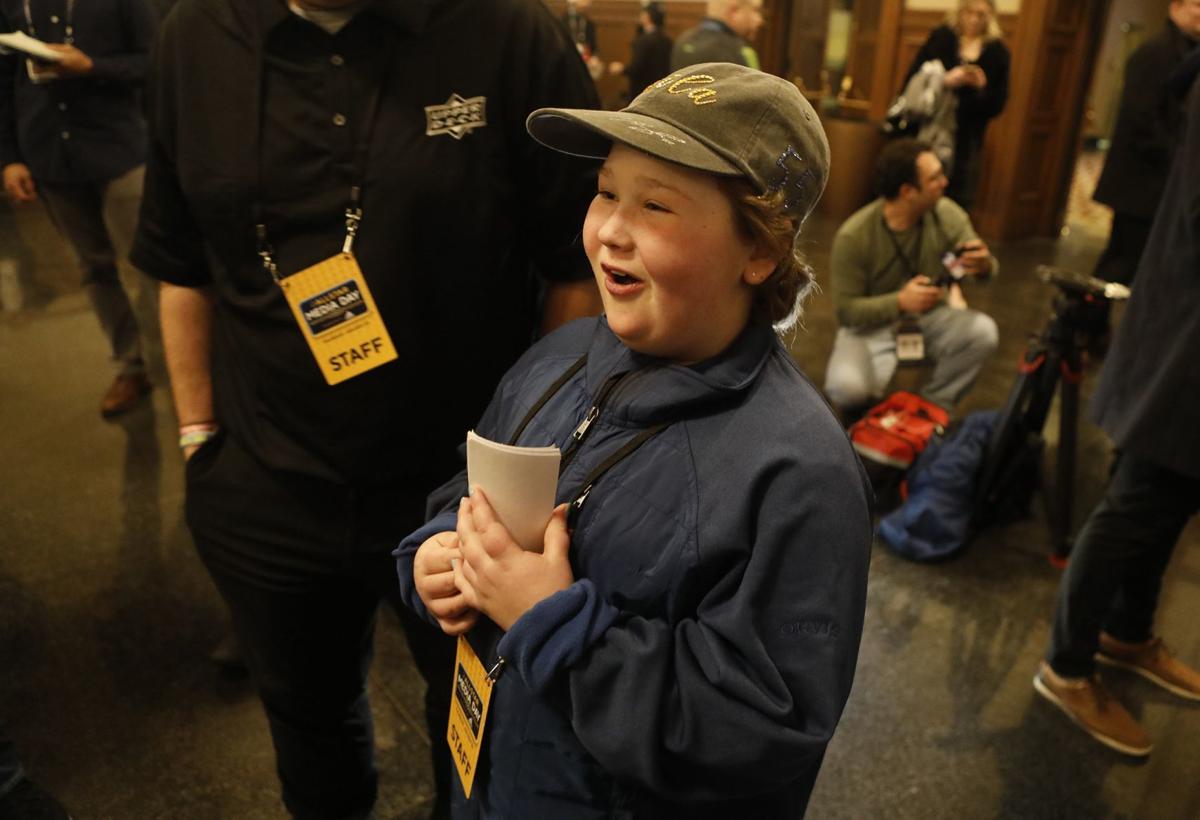 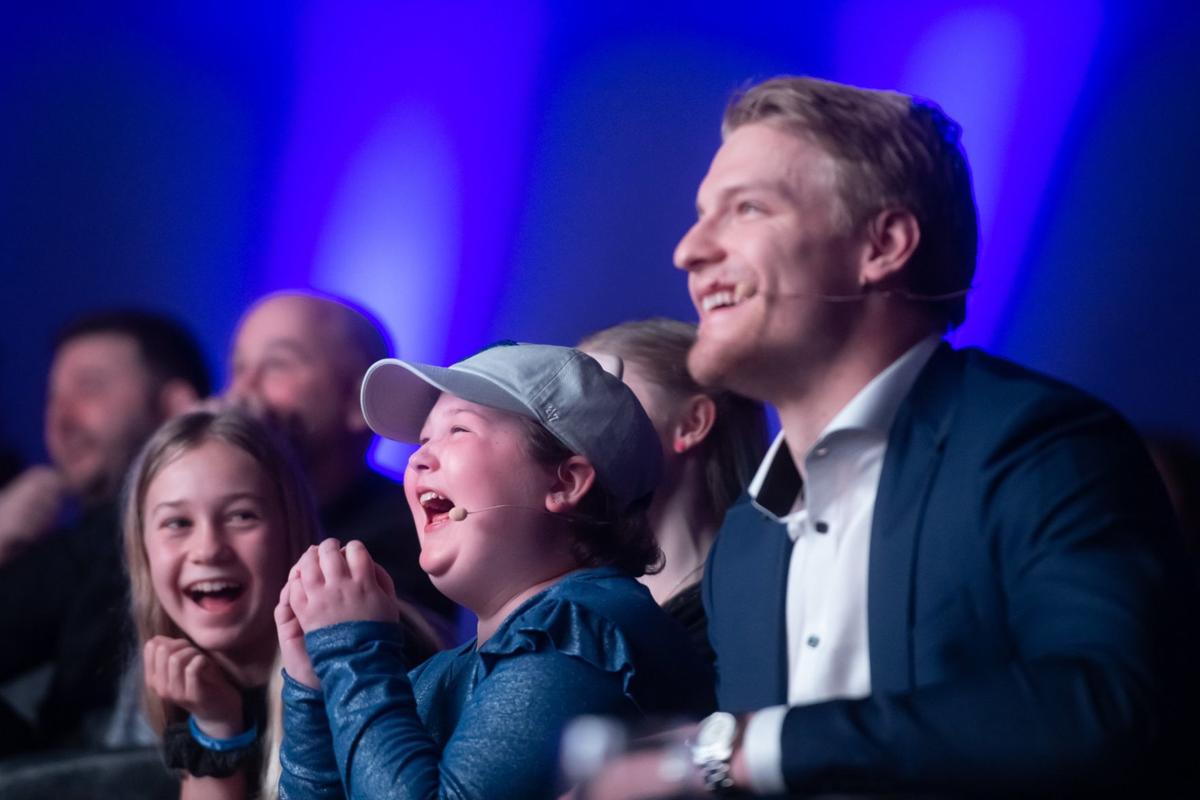 First off, Laila says we should all take a deep breath.

It was refreshing. Nourishing. The fear and fright of the new coronavirus can overwhelm a person. But as 11-year-old Laila Anderson said, with her perspective infused by perpetual perseverance: “This will pass. … We also have to remember it’s not just ourselves — the whole world is going through this. … And we will all get through it together.”

Laila is St. Louis’ little fighter. She battled the rare disease HLH, a systemic inflammatory syndrome that can be fatal to some people. She received a bone marrow transplant in January 2019, and her story inspired the Blues, whose own story inspired the city. With the new coronavirus affecting people with vulnerable immune systems, some wondered if Laila was healthy and safe. She is, her mother and father asserted in phone interviews Wednesday. Laila has been able to get immunization shots and her ANC numbers (absolute neutrophil count) are “in a good spot,” said her mom, Heather.

Laila went back to school last fall with the other kids — sixth grade, Parkway South Middle — and “life was like the next person who’s 11,” Laila said by phone, in reference to a fun school year of classes and sleepovers and trips to the trampoline park (“That’s the thing now,” she explained).

But now, like so many of us, she’s staying at home and taking precautions.

“I can’t tell you how many times people ask: ‘How do you feel being isolated again?’” Laila said. “And it doesn’t really bother me that we’re kind of isolated. We have to stay home and not go places? Oh, I’ve been there, done that.”

Or, as her mother put it: “After being in isolation for six months to save your life, this all just seems like a vacation.”

Laila did share that her “heart hurts a little” that the National Hockey League season is on pause. Hockey was her favorite thing even before she got sick. Her family has season tickets. And often when the Blues were on the road, she and her dad would watch from Town Square Pub N Grub, while they devoured some chicken wings.

Then, hockey became medicine. And the Blues became her nurses. She built genuine friendships with Alexander Steen, Patrick Maroon and, of course, Colton Parayko.

“She said the other day,” Heather recalled, “‘Mommy, those people reached out when I was in isolation, and now we’re all in isolation, so everyone should be reaching out to each other to make sure we’re all OK. Or if we can help one another. We’re all in it together.’

“And I tell her, ‘I know we miss hockey, but let’s go back and watch the run for the Cup again, let’s get pumped for when it does start back up. And we can go outside and take a walk, nobody’s asking you to be trapped in your home. You can go out and smell the air, you can go out and feel the rain on your face. Like, you’re not trapped in a hospital room by yourself, trying not to be sick and trying to eat food. We are not at that place.

“The whole world has just taken a bit of a timeout.’”

After a year of celebrating, Laila didn’t want to celebrate.

“I can definitely tell you, I spent New Year’s with my friend, and I didn’t really want 2019 to end,” she said. “I didn’t want to have the countdown. In my head, I was like — the Blues won the Stanley Cup, I got a bone marrow transplant, I met my donor. I don’t want 2020 to begin.”

Because of 2019, she now has two new big brothers for life.

One is Kenton Felmlee, a sophomore at the University of Kansas, who was connected with Laila through the initiative called Be The Match.

Kenton donated bone marrow that saved Laila’s life. And after months of hospitalization, isolation and medicines so painful that they felt like poison, Laila became healthier. Famously, she attended some Blues playoff games during the magical Stanley Cup run. Her doctor even allowed her and Heather to fly to Boston for Game 7 of the Cup Final. This reporter happened to be on an arena elevator with the two. We chatted. Laila wore a surgical mask, but you could tell that under it, she wore a smile.

“Maybe I’ll see you on the ice after the game.”

And she replied emphatically: “You WILL.”

A few hours later, down on the ice during the celebrations, there was Laila, hoisting the Stanley Cup with Parayko.

Colton and Laila developed a friendship that is, simply, beautiful. They met when she was dressed as a taco at a Blues’ Halloween party, and have been in touch ever since — through the rough times for both Laila, and even for the defenseman during the time the 2018-19 Blues were in last place. They continue to text and communicate often.

“We were chatting the other day on Instagram, and he was asking me how I was doing,” Laila said. “Colton is genuinely my best friend. He would do everything for me. And we communicate like we’re best friends — he doesn’t treat me any differently because I’m 11.”

During the summer and fall of 2019, Laila floated even when she wasn’t on a float in the Blues’ parade. She was honored at the Musial Awards, she became a bobblehead, she even got her own Blues Stanley Cup ring, which was a complete surprise and was hand-delivered to her at home by Parayko and Steen.

“I tell those boys all the time,” Heather said, “and I think that they think I’m crazy because I just cry around them all the time — but I’m just really grateful for them. The things that they do, they matter. They really matter.”

But in the fall, as everything started getting normal for the sixth grader Laila, her numbers dropped. Was it a mistake? They remained low. Her body wasn’t matching with Kenton’s bone marrow.

Not this. Not now.

“I prayed,” said her father, Scott. “And waited for the retest.”

Sure enough, the numbers went up. And next time, a little higher. And now, Heather said, they’re “definitely heading back in the right direction. … We’re trucking forward.”

And in December, at a soirée at the downtown Marriott for Be The Match, Laila met her match. For the first time, she was introduced to Kenton. And it was on stage, in front of hundreds of people. Officially announced, Kenton ran onto the stage and hugged her, and she hugged him, and neither let go.

“It just clicked — this stranger, who saved my life, was going to be with me forever,” Laila said. “Kenton and I, we talk all the time. We’re family — at the end of every conversation, it’s: ‘Love you, Kenton!’ ‘Love you, Laila! Talk to you soon!’”

Shortly after New Year’s, Laila accepted the existence of a new year. She called 2020 a “brand new chapter in my life.”

There have been some surreal moments, such as getting her own Upper Deck hockey trading card or introducing the Blues players at Enterprise Center during the NHL All-Star Game. And then, of course, the surreal that became reality — a city and nation isolated because of the new coronavirus.

She remains optimistic that we’ll all get through this, and that No. 55 will be back on the blue line for the Blues, as the team makes another run at history. The Enterprise Center, after all, is her “second home.”

“At games this year,” her father said, “where Laila is healthy and can walk around the stadium — shaking hands, taking pictures — it’s phenomenal just to watch her be so happy. And be in her place. For her to be able to go there and sit back and just smile? You’re going to make me start crying.”

Hochman: What I miss today about sports — the comfort of TV games

The NCAA Tournament would be going on right this second.

Hochman: What I miss today about sports — pretzels at the Cards, Blues, Mizzou and SLU games

An homage to the ideal ballpark treat.