During a conversation with Klauss — the one-named Brazilian soccer striker for St. Louis City SC — I took a look at his right foot. There it was, right in front of me, size 10 1/2 and nestled in a black Adidas athletic shoe.

“I hope both feet!” he responded. “And the head! Doesn’t matter what, as long as the ball passed the line!”

The likable striker could very well be City SC’s first star. He is one of the team’s two designated players — along with German midfielder Eduard Löwen — whose signings weren’t restricted by the league’s maximum salary mark or the team’s salary cap. And while his name now isn’t well-known in the South City Gingerbreads or the Webster Groves Queen Annes or the Chesterfield McMansions, by summer in St. Louis, Klauss should be a household name.

Now, it would be exciting if St. Louis’ top player was even from Branson, but the fact that he’s Brazilian brings this additional allure and lore.

“Watching South Americans and Brazilians in particular, you’ll get you get butterflies in your stomach because they can create something out of nothing,” City SC coach Bradley Carnell said. “Obviously, yes, there are players in Europe that have the same thing, but it’s more this sort of flamboyance, creativity, working in tight spaces, tight ball control.

“And it’s something that’s kind of natural. It’s nothing that’s in a textbook, (as if it read) ‘This is how you take it with the inside of your foot and you play this pass this way.’ It’s very creative. It’s very artistic. And you see Klauss’ movements, never mind just his stature and size, but he’s got a great technique, as well. So we’re excited about Klauss up front.”

Klauss, 25, stands 6 foot 3, so his head is as much a target for teammates as his feet. His full name is João Klauss de Mello, but as Brazilian soccer stars do, he goes by one name, as did the likes of Pele and Zico, Neymar and Socrates, Jairzinho and, my personal favorite one-named Brazilian, Fred.

Klauss, they say, is the perfect fit for the pressing style that City SC will play. It requires elite fitness and unbreakable concentration, with or without the ball. You’re constantly either trying to score the ball or steal the ball back. Klauss has experience playing this style.

And, frankly, he just scores a bunch of goals. No, he’s not a Neymar. He’s not a national team magician. But he’s still an international professional who can compete at high levels against the most relentless and rapscallious defensive players.

Klauss’ dad is of German descent, and his mom is of Italian descent. He grew up in Criciúma, which is in Santa Catarina, the Brazilian state that is home to the soccer club Chapecoense. In 2016, that club lost the majority of its players and staff in a plane crash. Klauss knew some of the players.

“There were players from the same academy as me, but they were a little bit older,” he said. “So yeah, it was a big tragedy in Brazil. Now, I think, everyone in Brazil has two teams. Their own team and Chapecoense.”

As a teenager, Klauss joined Grêmio, the same academy where Ronaldinho got his start. And while Klauss admires that otherworldly talent — “He’s just magic,” Klauss said — his favorite Brazilian player is the football forbearer, Ronaldo.

“Fenemeno,” he said, in reference to Ronaldo’s famed nickname. “He played the same position like I’ve been playing now. And yeah, he was one of the best. I remember when he went to Corinthians, and he was playing in Brazil. He was already in the end of his career, but the quality was still there. And he did score amazing goals in Brazil. I remember one goal. He just chipped from far away — an amazing goal.”

We don’t yet know how good City SC will be. It’s an expansion team, yes. But the club instilled its culture and style over a year ago with its City 2 team, which played in the title game a year ago. Klauss and others have been in town for a while.

But regardless of how often City SC wins, it’s a good bet that Klauss will keep them in games with strikes of fire. He’s a goal-scorer by nature. He’s St. Louis’ goal scorer.

And as City SC director of coaching John Hackworth once told this newspaper: “He’s also Brazilian, so he thinks he can do anything with a soccer ball, which is nice, too.” 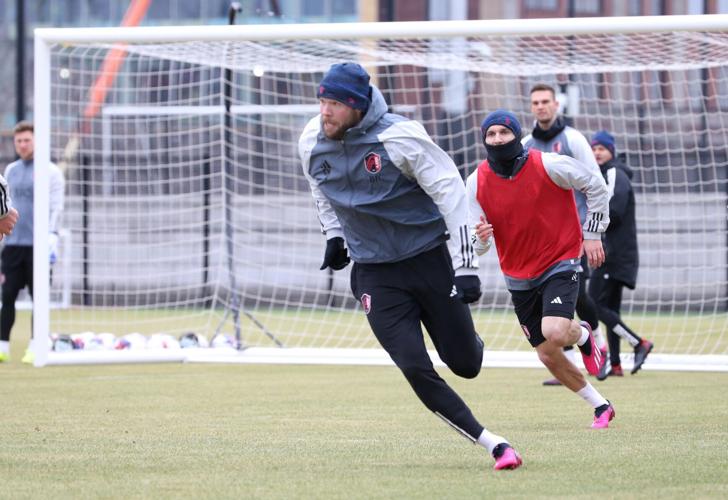 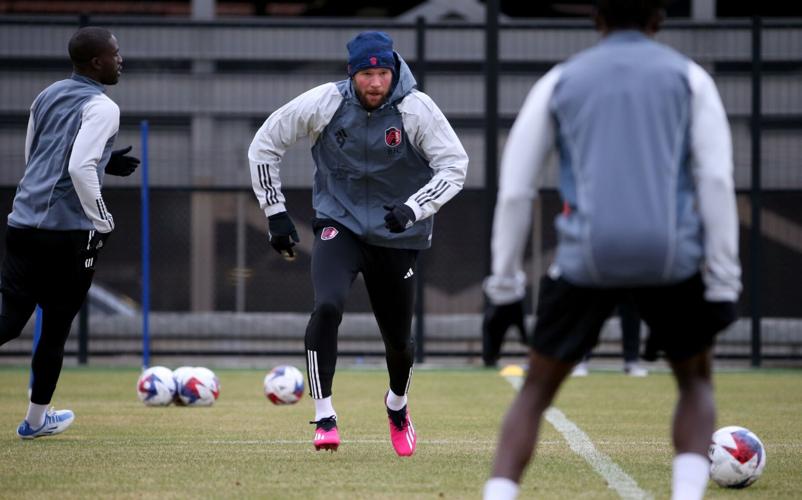