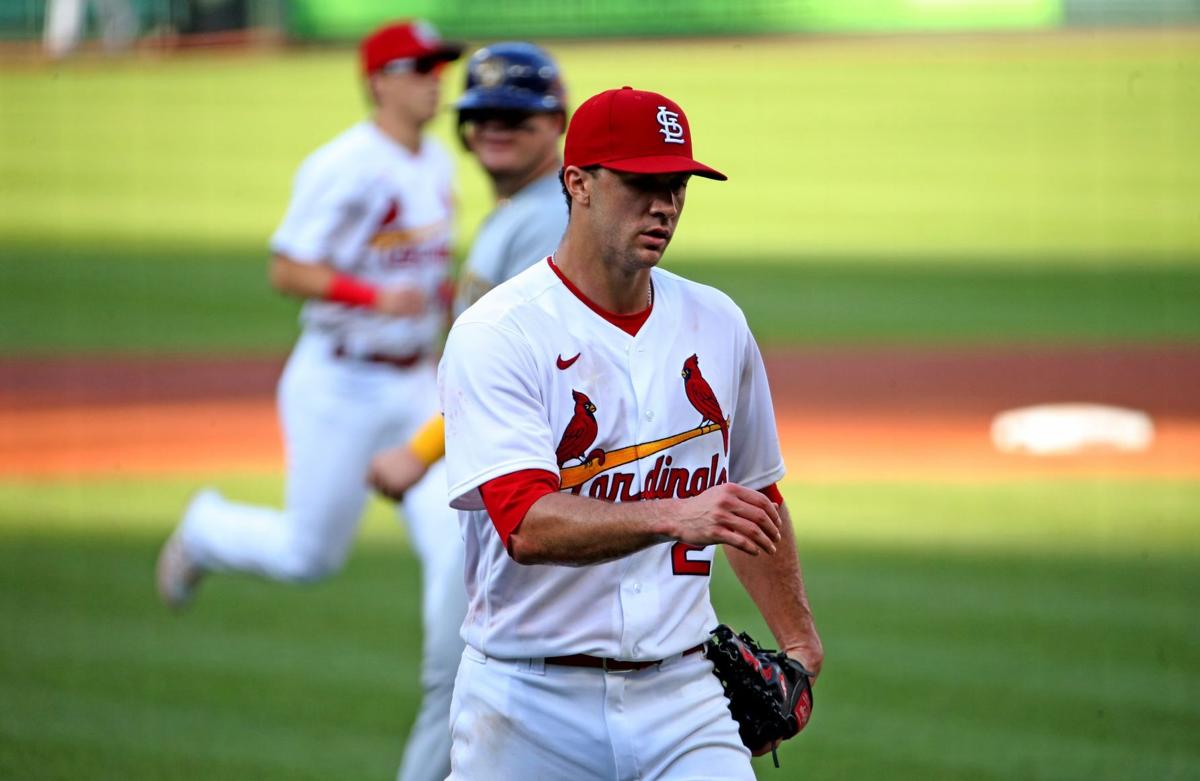 St. Louis Cardinals starting pitcher Jack Flaherty (22) walks off the field after giving up a home run in the third inning of Game 1 of a doubleheader between the St. Louis Cardinals and Milwaukee Brewers on Friday, Sept. 25, 2020, at Busch Stadium in St. Louis. Photo by Laurie Skrivan, lskrivan@post-dispatch.com 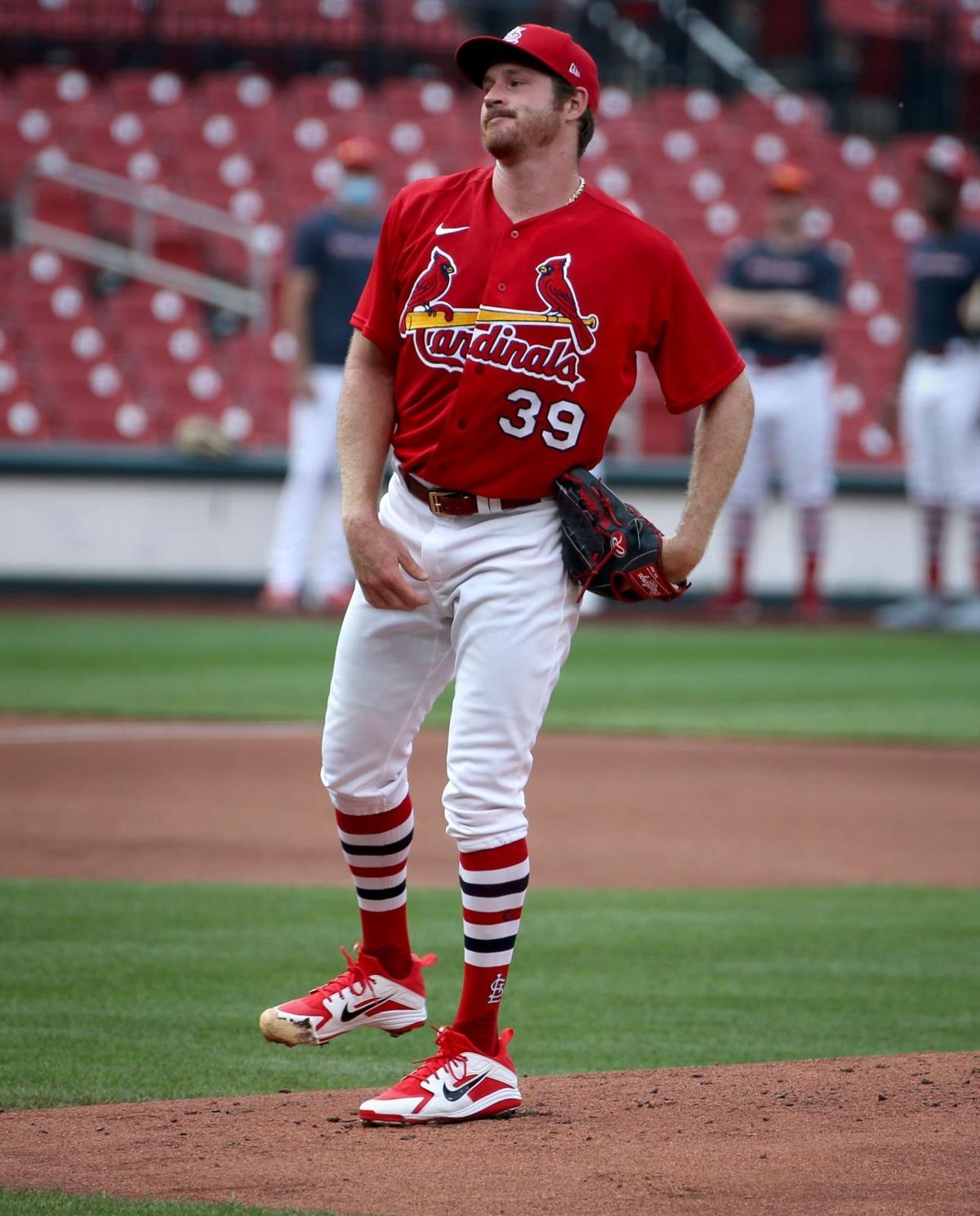 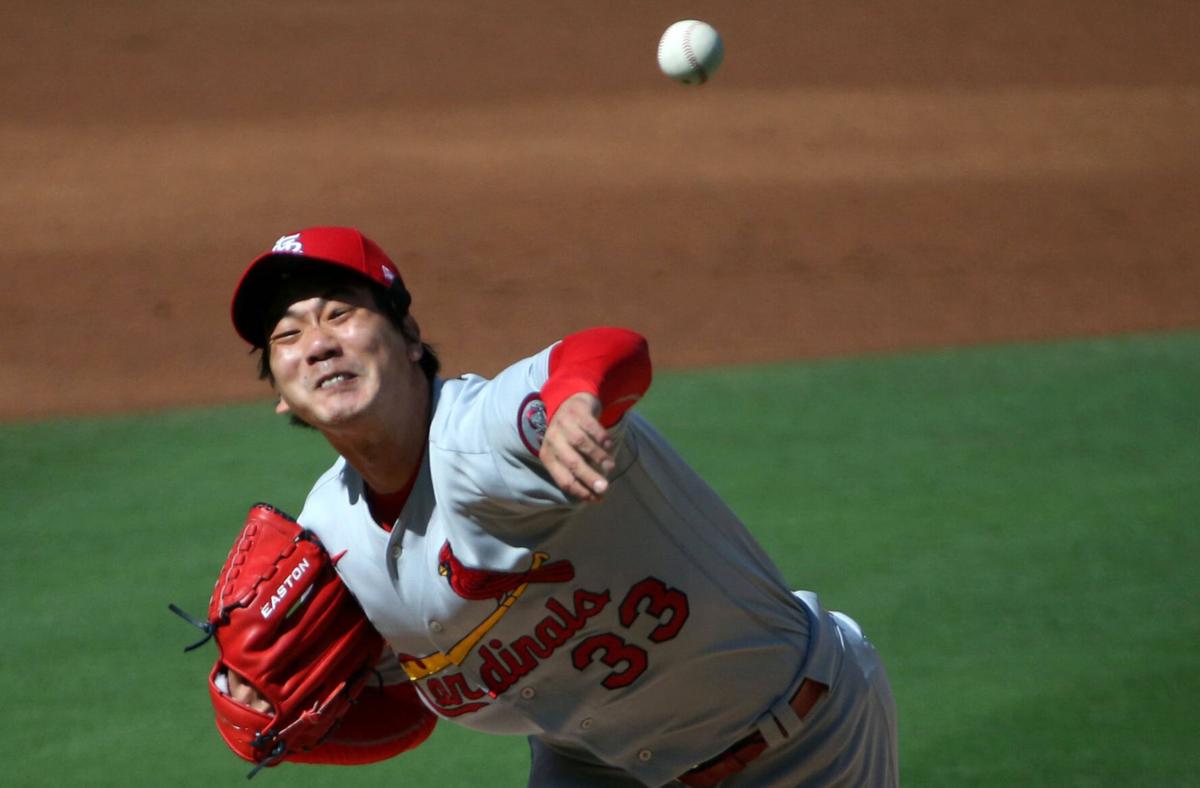 In regards to the Cardinals in 2021, the reality of reality is concessions — as in making them, because last season you couldn’t buy them. And that’s how the Cardinals and other teams are operating in this new reality — without ticket buyers in 2020, they don’t have the means to spend freely. So we make concessions — the Cardinals’ 2021 offense won’t be vastly improved, because the Cards imply they can’t afford to purchase the production of, say, a George Springer or other A-list free agents. The reality about the offense leads to much consternation around Cardinal Nation, and that’s fair. But because of the pitching, there should still be some optimism about the 2021 team, even if it appears that ownership is looking ahead, from a financial standpoint, to the spending possibilities for 2022.

If 2020 was categorically “as bad as it gets” from an offensive standpoint, and the Cards’ still finished fifth in the National League and made the playoffs, then why can’t pitching and defense get them into the playoffs in 2021?

And while hitting coach Jeff Albert returns with a searing spotlight on him, don’t forget that pitching coach Mike Maddux returns, too, and this guy is a guru. It can’t be said enough — the Cardinals (and Marlins) experienced tribulations with their bullpens and rotations that the other 28 teams just did not experience. Pitching is an occupation based on daily routines — the Cardinals pitchers essentially just stopped pitching for 17 days, and then went out there and faced Major League Baseball hitters that had been facing pitching for those 17 days. Oh, and the Cardinals staff was ravaged by COVID, be it before the season or during it. And what happened? The St. Louis staff had the fourth-best ERA (3.90) in the National League, as well as WHIP (1.23).

No, the NL Central wasn’t an offensive monster of a division. And the Cardinals’ FIP (fielding independent pitching) was 10th best (4.58) in the league. But the Cardinals’ pitching and defense kept them in the playoff race when their offense couldn’t win games by itself.

And Jack Flaherty will be better next season.

And the return of the corner-painter Miles Mikolas will help the rotation that should include Miles, Jack, Kwang Hyun Kim and Austin Gomber, and someone with an intriguing storyline to possibly fill the fifth spot. Such as, what if this is the year Alex Reyes becomes a sturdy starter? Sure, yes, it feels like we’ve been asking that question every year since the days of Dennys Reyes. But Alex, still only 26 years old, had a 3.20 ERA and 27 strikeouts in his 19 2/3 innings pitched last season. Incidentally, the 19 2/3 innings pitched is a reminder about how small the sample sizes really were in 2020. And just 60 total regular-season games (or 58 for the Cards). Consider that the Nationals finished in last place and with a 26-34 record. In the 2019 season, they at one point were 26-33 … and went on to win the World Series. Still, the stat totals of 2020 are all we have to go by, so we’ll analyze the heck out of them.

And in addition to Alex Reyes, the Cardinals have other captivating young options for a starter’s gig, such as Johan Oviedo, Jake Woodford and Daniel Ponce de Leon. And top pitching prospects Matthew Liberatore and Zack (with a K) Thompson are on the cusp.

And of course, we’ll have to see what Adam Wainwright decides. The decision to not bring back Kolten Wong for $12.5 million will be a benchmark moment in recent Cardinals history, and possibly a hard harbinger for fans to accept. Wainwright was particularly good and gritty last season, and would be worth a fair contract — but this might be one of those concessions fans will have to make, even if it’s bitterly hard to take (and just as hard to fathom).

As for the St. Louis bullpen in 2020, this was a bunch of fire-ballers or, depending if there were inherited runners, fire extinguishers.

The team bullpen ERA was third best in the National League at 4.00. And consider that some of the runs contributed to that average were from fellows that in other years wouldn’t have pitched in the majors, such as Roel Ramirez. He was thrown out there to throw in an early game after the quarantine, a game in which he allowed back-to-back-to-back-to-back home runs.

So, to use a sobering and realistic word, you could say that the Cards might be stuck with their roster next season. Maybe they’ll be able to afford a platoon outfielder such as Joc Pederson. Maybe others will hit better. We went through this exercise last winter, but maybe there’s 2021 optimism in the offense of Paul DeJong (just a .671 OPS last year). And in this column space, you’ve read about the belief in Lane Thomas’ abilities. The outfielder battled COVID-19, and the effects from it, during a lost 2020 season. Maybe Lane could live up to his potential in 2021? But yes, most of the usual suspects are back.

But most of the pitchers are back, too. And many of them are game-changers.

We’ll see if they can be season-salvagers.

“The expectations of Dexter are more of the same," Cardinals manager Mike Shildt says. "I can’t ask him to do any more than he’s done."

Hochman: Why Cardinals' Goldschmidt might be even more important in 2021 at first base than past two years

“We're almost like an umpire — you don't get noticed unless you mess up,” Goldschmidt said of first basemen.

Hochman: The Blues are back and remind St. Louis what it missed about hockey

There are shared experiences with hockey, even if you can't be at the hockey game.

Hochman: Adam Wainwright would bring assurance and insurance to the 2021 Cardinals

This isn’t about being sentimental; it’s about business sense. And it sure makes a lot of it for the Cardinals to bring back Wainwright.

Hochman: Blues' signing of Hoffman is yet another creative accomplishment for architect Armstrong

The general manager navigated this offseason quite well — now it's time for the regular season to unfold.

Hochman: Cardinals fans wait (and wait) for the offseason moves to happen, locally and across the league

Will the Cardinals sign an outfielder? Perhaps Joc Pederson from the Dodgers?

Hochman: Blues-Avalanche could (should!) be the next great NHL rivalry

Blues open their season Wednesday in Colorado, where the Avs think they can win the Stanley Cup.

Hochman: Is Alabama’s DeVonta Smith the best player on college football’s best offense ever? A case can be made

In Monday's national title game, all eyes should be on No. 6 in crimson.

Hochman: Which Paul DeJong will be in the batter's box for the Cardinals in 2021?

Will it be the All-Star slugger or will he continue to struggle?

St. Louis Cardinals starting pitcher Jack Flaherty (22) walks off the field after giving up a home run in the third inning of Game 1 of a doubleheader between the St. Louis Cardinals and Milwaukee Brewers on Friday, Sept. 25, 2020, at Busch Stadium in St. Louis. Photo by Laurie Skrivan, lskrivan@post-dispatch.com