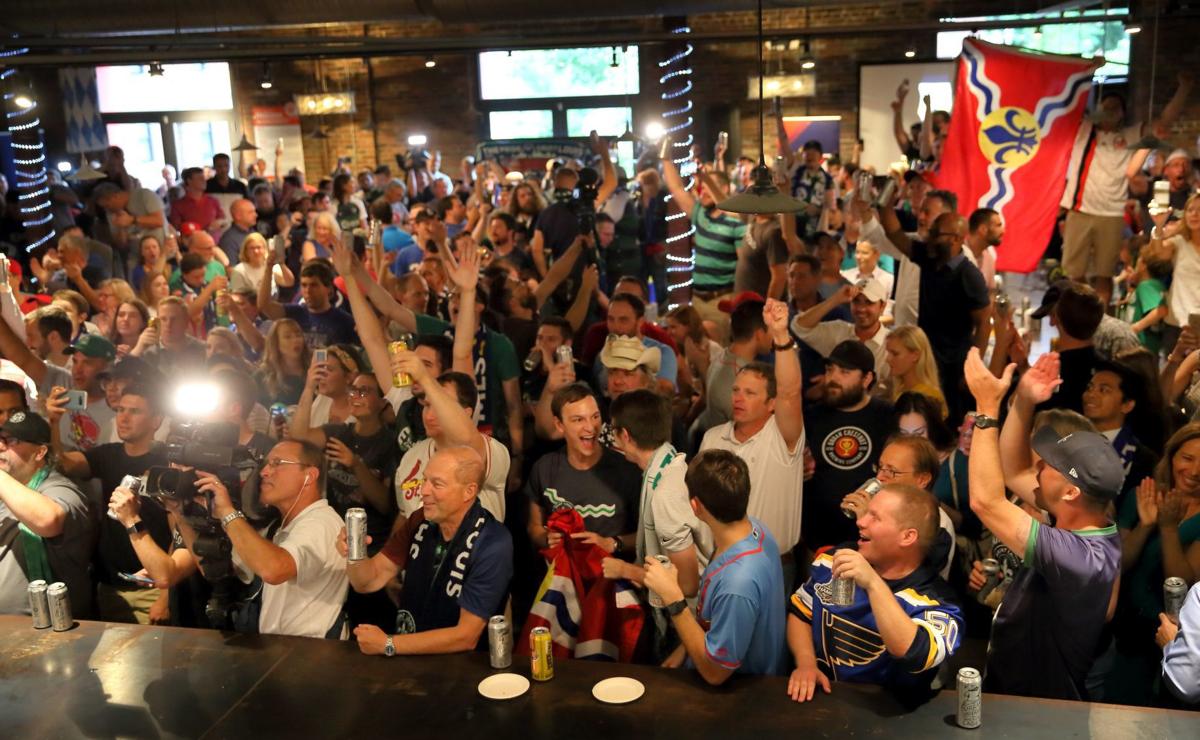 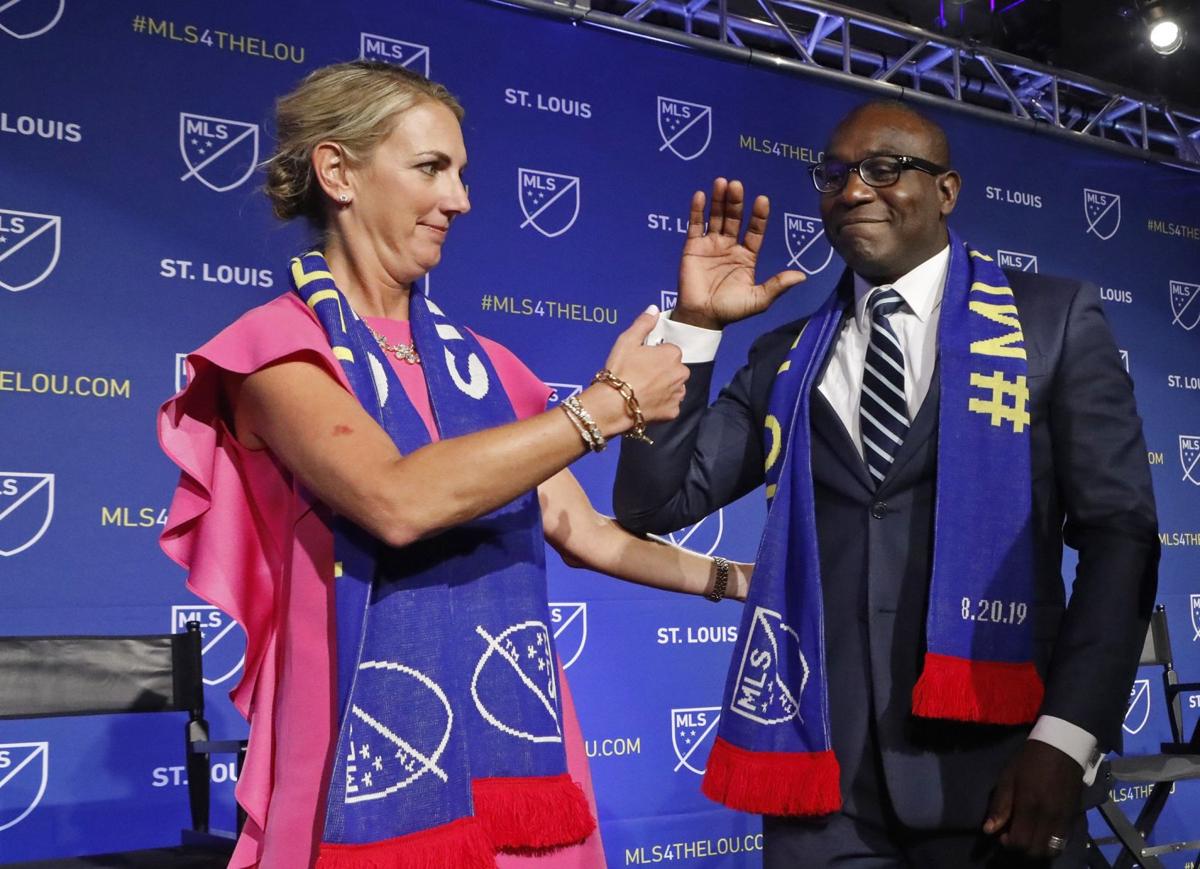 Carolyn Kindle Betz is congratulated by St. Louis Board of Aldermen President Lewis Reed after the announcement on Tuesday, Aug. 20, 2019, that St. Louis has been awarded a Major League Soccer expansion team. Betz is part of the team's ownership group. (J.B. Forbes, jforbes@post-dispatch.com)

During these uncertain times, columnist Benjamin Hochman shares what he misses about sports. Here is his latest:

Yes, of course, we can still have these debates online, but I miss the in-person disproportionate passion that people have when stating their case for a soccer team name. We become grand orators at St. Louis sports bars and parties and coffee shops, holding our beverages like microphones, explaining why our Major League Soccer team must be called The Spirit of St. Louis or the Steamers or FC Provel.

Bigger issues, of course, have overtaken our world  — a pandemic and protests against racial injustice. We’re addressing some serious stuff these days.

But whenever they announce the team name, it will be a special moment of unity in our city. Our town’s team. And this new team is being born in a time of a changing America, and its being born into Major League Soccer, an inclusive sports world, fitting for our times. And the new team will be a reason for regional celebration, an uplifter in a deflating era.

Whatever they name the team, here’s hoping that the uniform, colors and logo include the St. Louis flag. Our flag is as cool as Miles Davis. The striking red and the blue fleur-de-lis on the yellow circle and the confluence of the rivers, man, I think we've taken this thing for granted over the years. In fact, I know we did, because growing up I never thought much about the flag of our city, and then I moved back in 2015 and was like — this flag is particularly awesome.

And when they do name the team, it will be a return-to-normalcy moment when the debates, yet again, take over at sports bars and parties and coffeeshops.

As for what I think the name will be, my guess is they’ll go with something involving “united.” While we see United in many soccer team names, from Major League Soccer to the Premier League to La Liga, the word is pretty important these days. STL United would be a welcoming club at a pivotal time in our city’s history.

As for what I want the name to be? I must stand by the name I’ve argued for in print (and sports bars and parties and coffeeshops). Here's what I've stated:

Our flag represents the confluence of the Mississippi and Missouri rivers. I love that word. Confluence. It could represent St. Louisans coming together, merging with MLS to create something significant. Call the St. Louis team: FC Confluence. We are soccer’s gateway.

Hochman's previous “What I miss today about sports” columns:

• A Cardinals’ extra-base hit with runners on

• From Freese’s Lawn to the Arch, the view at Busch

• References to Cardinals' history during games

• The comfort of watching sports on TV

Hochman: 2020 athletes channel the change-makers from sports in 1968

Ian Simon, who was a leader of the football team's campus protest in 2015, says current protests are more united.

In his world, Conway’s message wasn’t universally received. But nearly four years later, his high school lesson is finally being taught to some.

Carolyn Kindle Betz is congratulated by St. Louis Board of Aldermen President Lewis Reed after the announcement on Tuesday, Aug. 20, 2019, that St. Louis has been awarded a Major League Soccer expansion team. Betz is part of the team's ownership group. (J.B. Forbes, jforbes@post-dispatch.com)