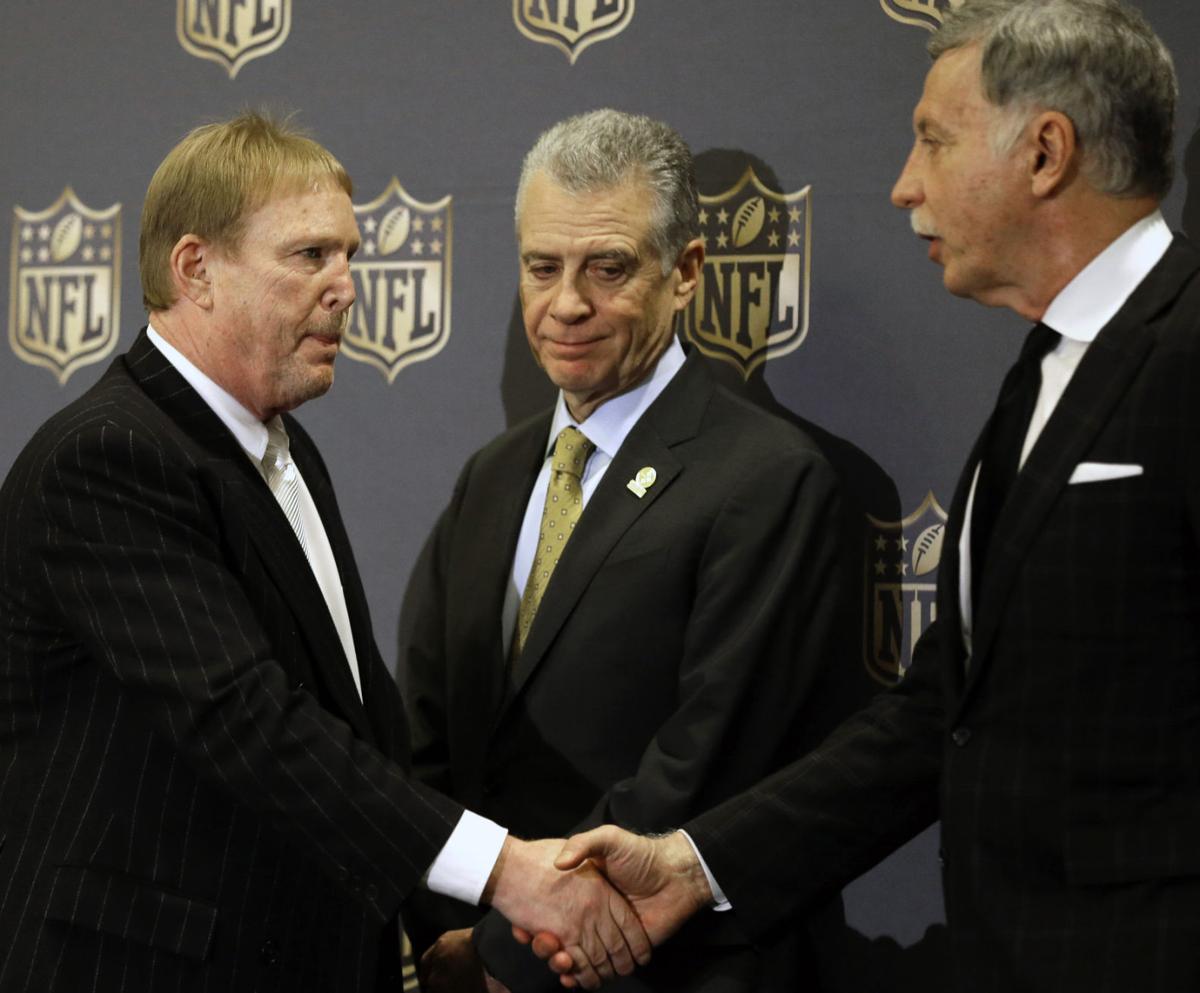 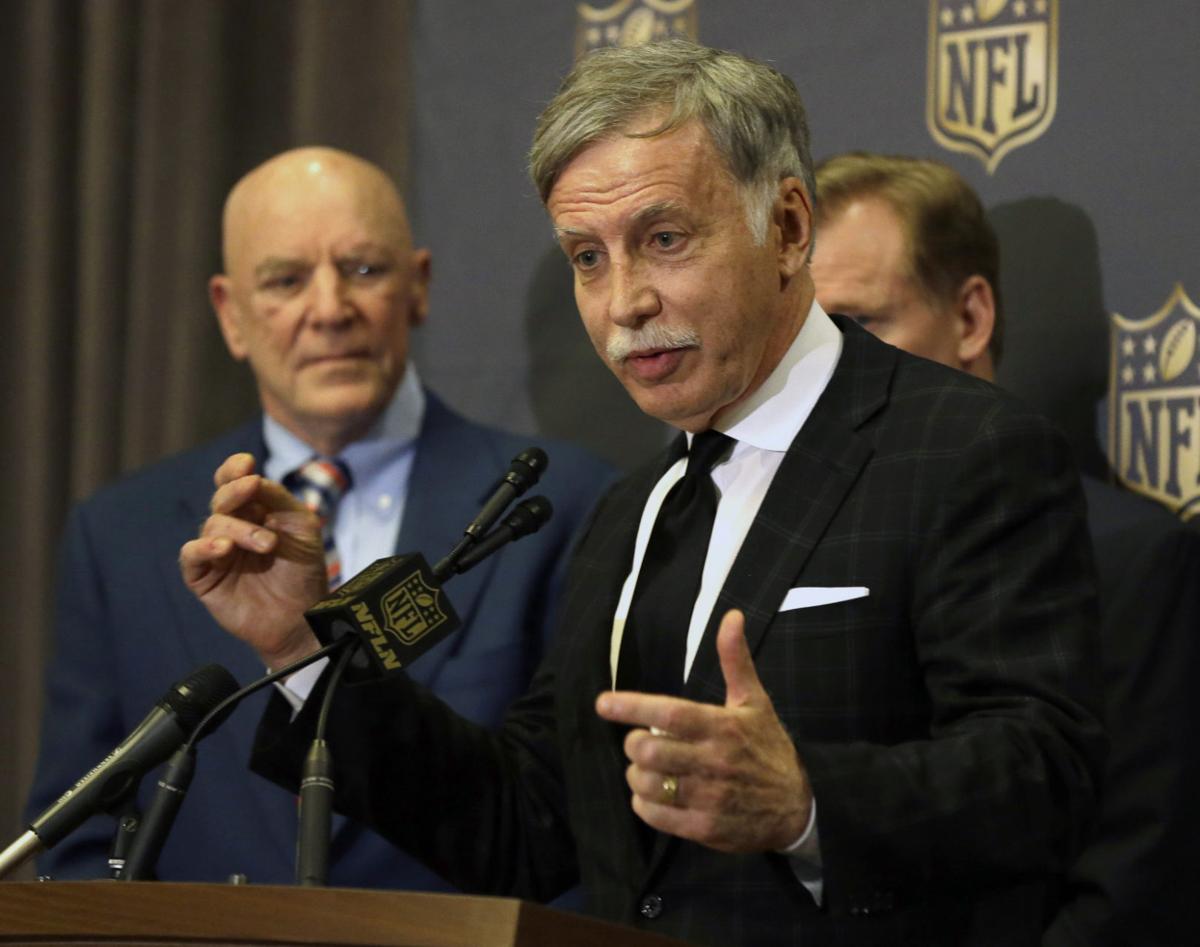 On Jan. 12, 2016, the NFL approved the move of Stan Kroenke's St. Louis Rams to Los Angeles. Dallas Cowboys owner Jerry Jones was a major player in getting the Rams to Los Angeles — and out of St. Louis. Today Jones' Cowboys play Kroenke's Rams in the NFL playoffs. Here's a look at Benjamin Hochman's column on the day the NFL turned its back on St. Louis.

You’ll forever remember that body-freezing feeling of bliss when St. Louis won the Super Bowl, when Rams linebacker Mike Jones corralled the player on the 1-yard line, and it hit you, all at once: it’s over, time has run out, it’s irreversible.

That feeling again paralyzed St. Louis on Tuesday night, but this time from the losing side, in a warped, diabolical, evil-twin sort of way: it’s over, time has run out, it’s irreversible.

They took St. Louis’ Rams. They’re gone. The feckless thugs in business suits decided St. Louis isn’t suited for the NFL, and just like that, they’re in Los Angeles, as if St. Louis was an annoying, yipping dog they shooed away.

Roger Goodell, whose heart is as black as a hockey puck, saw the St. Louisans trying to save the Rams and essentially laughed. Silly old St. Louis. You think you’re an NFL city? The commissioner of the danged NFL didn’t even have the courtesy to even publicly applaud the efforts of the St. Louisans trying to get a new stadium here; on the contrary, he publicly bashed their plan, again and again. And then, had the audacity to give NFL monies to Oakland, a city that did nothing to save its own team, in efforts to save its team.

Stan Kroenke, he should just go by “Kroenke” now, one name like Cher or Madonna. Going by Stan is an insult to the St. Louis sports icon he was named after. Stan Musial will forever be remembered as what was best of St. Louis sports. Stan Kroenke will forever be remembered for what was worst: moving the team so the billionaire could make more billions.

We get it. St. Louis messed up with that top-tier stadium stuff, the loophole in the lease. But come on. That’s a weak crutch. You know it.

What happened in Houston was atrocious, an embarrassment to sport, something the NFL seems to be mastering in. The NFL commissioner and his owners had a chance to save an NFL city. We know how much the NFL supposedly cares about its fans, from those NFL family commercials, from the way they honor the military and breast-cancer fighters. But they’ll only honor you if it’s convenient to them. Here’s a whole city, hundreds and thousands of people, the same people who packed the Dome when the team was run well and winning, the same people who spent hard-earned money on overpriced tickets and jerseys, and said: We don’t need you anymore.

Roger Goodell, you botch everything. You’re an embarrassment to integrity. Concussions. Ray Rice. Now abandoning a city in your NFL fraternity, the sports equivalent to leaving a soldier behind? St. Louisans are the latest to realize that fans are pawns. Fans are powerless. Used. Played. It hurts.

Start your digital subscription for our lowest intro price - only 99 cents for the first month.

And the efforts of Dave Peacock, Bob Blitz and the task force? What precedent does the NFL now set and send to any other city in this situation? St. Louis had no stadium hope. These guys moved mountains. Think about it: they got the Board of Aldermen to agree to that big payout. They got a multimillion-dollar naming rights deal. They accomplished so much.

As Joe Buck, the St. Louis-bred broadcaster, texted me on Tuesday night: “(Tuesday was) a bad day for a great city. I couldn’t be more proud of Dave Peacock and all he tried to do for the future of St. Louis. It was always bigger than football.”

So to recap, the Rams build a huge following in the late 1990s and early 2000s, win the Super Bowl and go to another. Then, the same fans are treated to some of the worst football seen in NFL history. For a decade.

The last time the Rams made the playoffs was 11 years ago this Friday. The fans still cared. But the ownership and league said: You don’t even get bad football anymore, we’re moving this terrible product to put on display in Los Angeles.

I keep thinking of the fans. Of the readers. Of the people I grew up with here. Of the generations in their blue and gold jerseys, chanting BRUUUUUUUUCE! They didn’t do anything wrong.

But there was more money to be made, and the NFL went and snatched it. We’re not in a normal world. We’re in the world described and predicted by Ned Beatty’s character in the classic film “Network.”

He screamed and bellowed to get his point across: “There is only one holistic system of systems, one vast and immane, interwoven, interacting, multivariate, multinational dominion of dollars. Petro-dollars, electro-dollars, multi-dollars, reichmarks, rins, rubles, pounds and shekels.

“It is the international system of currency which determines the totality of life on this planet. That is the natural order of things today.”

BenFred poll: Who will you be rooting for to LOSE the Super Bowl?

Admit it, St. Louis: You can’t stand either team in this year’s Super Bowl. So, who will you be rooting for to LOSE the Super Bowl?

Hochman: Welcome to Saints Louis, at least for the next week

Who dat you rooting for? It has to be Saints over Rams.