As expected, the Cardinals kept their top baseball executives on board for next season.

The team announced new multiyear contracts for general manager Michael Girsch and scouting czar Randy Flores on Monday. President of baseball operations John Mozeliak was already locked in thanks to an earlier extension.

So the band stayed together after the team’s disappointing playoff loss to the Phillies. That was a bad ending to the organization’s otherwise strong year overall.

The Cardinals enjoyed their 15th consecutive winning season and reached the postseason for the 10th time in that span. They also managed their long-term assets well while building a critical mass of talent.

Their mix of productive veterans and young, cost-controlled players gives them leverage to build a special team during the next few seasons.

Now let’s see if this front office can seize that opportunity.

The expanded bracket creates an easier path to postseason play. But advancing in the playoffs is harder than ever, as the defending world champion Atlanta Braves and the 111-win Los Angeles Dodgers discovered while getting eliminated over the weekend.

“You never know what’s going to happen; you don’t know what team’s going to get hot, what things have to go right for you to go deep into the postseason,” Braves manager Brian Snitker noted after his team’s demise.

“The great thing about baseball is the unpredictability, and the tough thing about it is the same thing,” Dodgers manager Dave Roberts said after his team was bounced.

Two wild card teams, the Phillies and San Diego Padres, are playing for the National League pennant. While they were underdogs entering the playoffs, they ranked among the industry’s most aggressively run franchises.

Both languished as also-rans for long stretches of this millennium before spending heavily to get back into the title chase. Their owners decided to go for it.

Fans wonder if DeWitt feels quite the same desperation, as his franchise has stayed comfortably in the chase year after year after year. But he likes winning championships, and the memories of his four pennants and two world championships are starting to fade.

Hence the need to aim higher. That’s all a front office can do, as there are no guarantees in short-series baseball.

“You do the best you can in the regular season to put yourself in a position to get home-field advantage, to get the bye in the wild-card round, and it’s up to us to kind of prepare ourselves the best way we can to get through a division series,” Roberts said.

That should be the management goal, as colleague Derrick Goold has outlined. Build a team that earns one of the best regular-season records. After that, it’s up to the players to stay healthy and get hot in the playoffs.

The Cardinals head into this offseason operating at a position of strength. In Oliver Marmol, they have one of the sport’s brightest young managers.

Their cornerstones are set in Paul Goldschmidt and Nolan Arenado, assuming Arenado doesn’t opt out of his contract.

Rookie Brendan Donovan emerged as versatile fielder with a knack for getting on base. Rookies Juan Yepez and Nolan Gorman flashed major power potential during their first tours.

The club has dead money on the books in the form of light-hitting shortstop Paul DeJong, who is still owed more than $9 million for next season and his buyout for 2024. Given the dollars the franchise made during its Pujols-palooza, the Cardinals should be able to absorb that hit to improve the roster.

The team blew well past its attendance and revenue projections. With his massive pandemic revenue losses in the rearview mirror, DeWitt should authorize a notably bigger payroll for next season.

By not moving all of their top prospects for outfielder Juan Soto, as they could have done this summer, the Cardinals kept most of their biggest trade chips to use this winter.

So they are positioned to be active on the trade front and free agency. They need to upgrade at catcher. They must add another major offensive threat to replace the muscle Pujols provided down the stretch.

More pitching would be welcome, too. This team can never have enough of that, despite adding Jordan Montgomery for next season’s rotation and getting starters Jack Flaherty and Steven Matz plus reliever Jordan Hicks back to full strength by season’s end.

The mandate moving forward should be clear: build a special team and see how far the players can take it.

Hummel: Mets and Dodgers spent a lot more money to be in the same capsized boat as Cardinals

In today’s 10 a.m. video, columnist Ben Hochman discusses why the Cardinals’ Busch Stadium II was (and is) so special to so many St. Louisans.…

Skip Schumaker, a rising managerial candidate, can opt out of his contract as Cardinals bench coach or return to the role for the 2023 season. 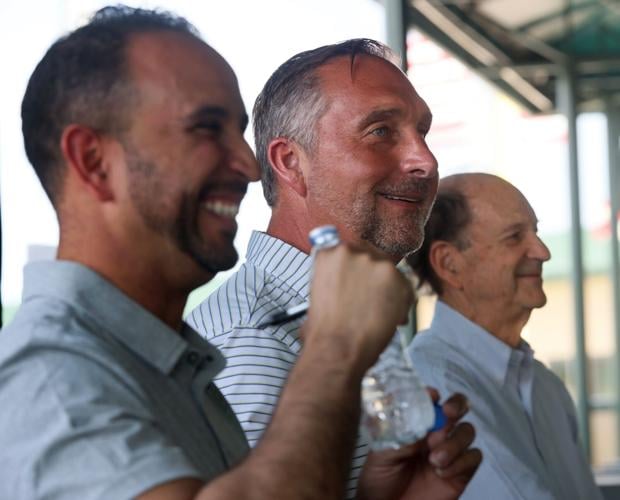 Cardinal manager Oliver Marmol, from left, team president John Mozeliak and chairman Bill DeWitt Jr. share a laugh as they speak to media on Friday, March 11, 2022, at Roger Dean Stadium in Jupiter, Fla., on the day after Major League Baseball ownership and the players union agreed to a new labor contract allowing the start of the season. 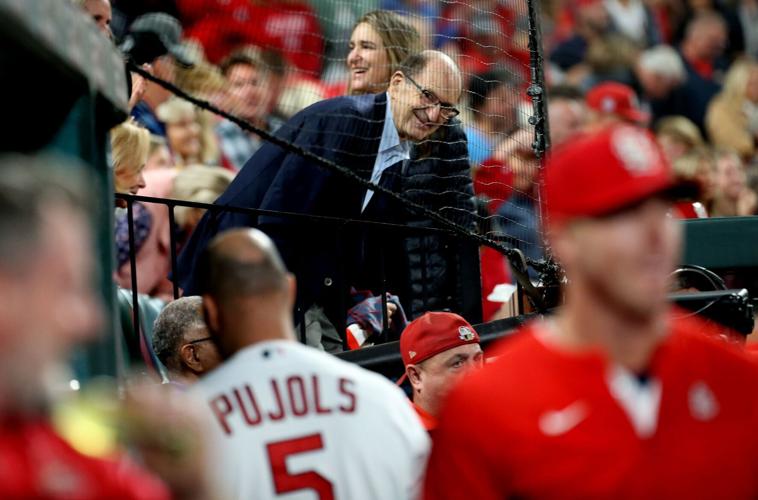 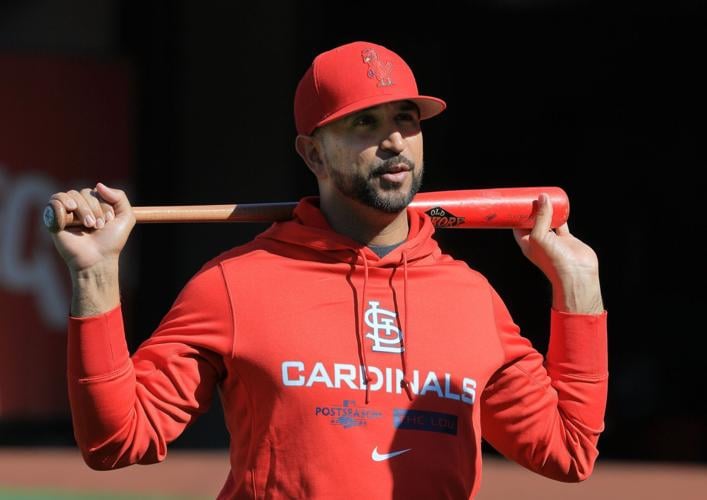 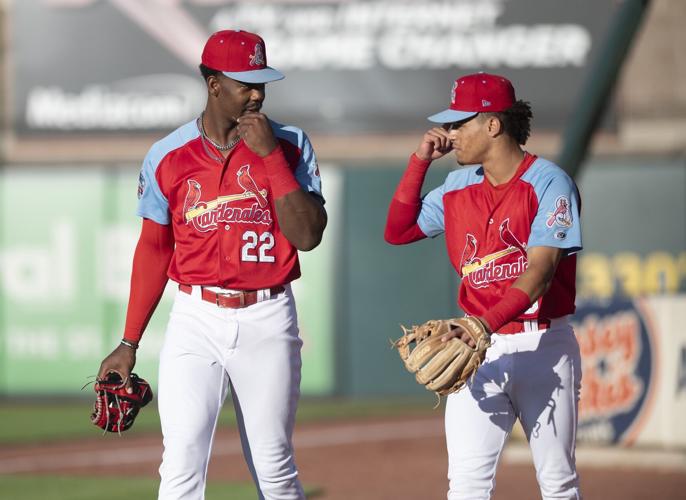