Billionaire fanboy Steve Cohen is on track to spend almost $500 million on payroll and penalties for his 2023 New York Mets.

That number could soar much higher if the Mets develop additional needs, which they almost certainly will. Injuries occur, slumps happen, rival teams look to dump salary. It’s easy to imagine Cohen throwing even more money at this team.

The current collective bargaining agreement discourages profligate spending, but it doesn’t prevent it. The CBA anticipates owners operating franchises as a business, as Bill DeWitt Jr. has done with the Cardinals.

The Mets are just an expensive hobby to Cohen. He would rather sink a fortune into, say, Carlos Correa than polo or space travel. That makes him unpopular with many fellow owners, but he’s fine with that. He didn’t build his immense fortune by playing nice.

So the Cardinals must operate in a marketplace skewed by the player purchases of Cohen, San Diego Padres owner Peter Seidler and Philadelphia Phillies owner John Middleton.

The Cardinals must increase payroll, like it or not. Baseball’s collective fiscal restraint has evaporated. Personnel prices are soaring. Just maintaining status quo will be more expensive, so the front office would really have t0 dig deeper to become more aggressive.

Player development is more critical than ever. During the last round of collective bargaining, the players sought quicker access to free agency, but the owners held firm. The Cardinals must use that ownership win to wring more production from players under team control.

They also must find advantages in the margins, because rival franchises have wised up. Baseball operations across both leagues are more sophisticated. High-powered laptops have long since replaced the office spittoon. Gaining an edge never has been tougher.

The Cardinals are unlikely to change their operating model under the DeWitts. Under normal circumstances (i.e., pandemic-free seasons) this franchise will not willingly suffer operating losses year after year.

So in this environment, the Cardinals must become even smarter.

Back at the beginning of the DeWitt era, competing against the big spenders was simpler. By investing more at the front end of the team-building process, budget-minded teams could compete against those bigger market franchises splurging on free agents.

Rather than spend millions on a single veteran who might or might not help, teams could pour that money into player development: top scouts, elite field staff, state-of-the-art facilities and a strong Latin America operation.

The Cardinals got star turns from homegrown Albert Pujols and Yadier Molina and cost-effective production from the likes of Matt Carpenter, Allen Craig, Matt Adams, Michael Wacha, Jon Jay, Kolten Wong and Daniel Descalso. But for the death of Oscar Tavares, that success would have been even greater.

Ah, but most teams figured the value of front-end investment. One by one, teams hired Wall Street types to modernize their operations. Little by little, old-school baseball men lost control of front offices.

Little by little, old-school baseball men also lost control of the dugout too.

Baseball also has scaled back the amateur draft, restrained international spending, slashed the number of its minor-league teams and reduced the ability to find strength in prospect numbers.

So gaining an edge in 2023 will be much harder than it was in, say, 2003 or even 2013. So the Cardinals must thread the needle to remain one of the sport’s standard-setters

On Randy Flores’ watch, the Cardinals have secured more high-ceiling prospects. Now they must lock the best ones in for the long haul, as the Atlanta Braves have done with their elite young players.

Given the inherent injury risk for pitchers and their huge replacement cost, the Cardinals should cling to every good young hurler as long as possible within their roster constraints.

They must keep paying top dollar for the top players, despite the rising prices. That means shopping for pricey players that less ambitious teams want to offload, as they did with Paul Goldschmidt and Nolan Arenado.

Just because the Cardinals can’t win bidding wars for elite free agents, they shouldn’t waste money at middling free agents instead. Time after time, such purchases are have produced disappointing returns.

Rather than overpay for a No. 4 starting pitcher or a No. 7 hitter in the lineup, the Cardinals must save those dollars for player retention or for veterans they could acquire from less ambitious franchises.

In today’s environment, there’s a path forward to prosperity for the Cardinals — but it’s narrower than ever before. 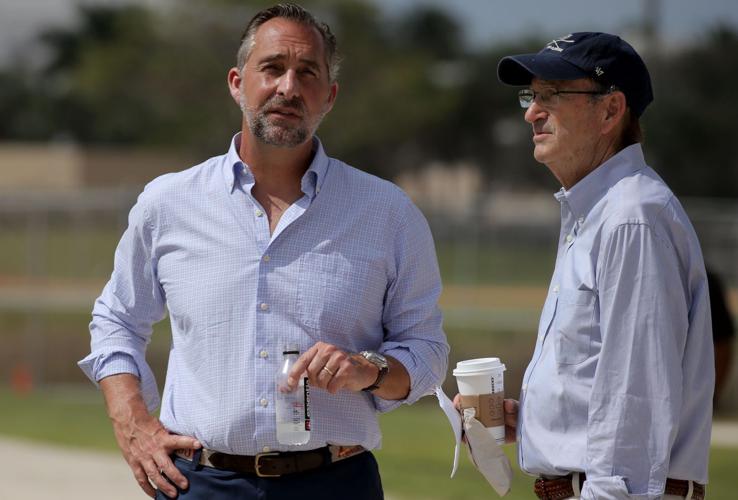 Cardinals president of baseball operations John Mozeliak, left, and chairman Bill DeWitt, Jr. must adjust their ways of constructing the team because of heavy spending by other clubs. 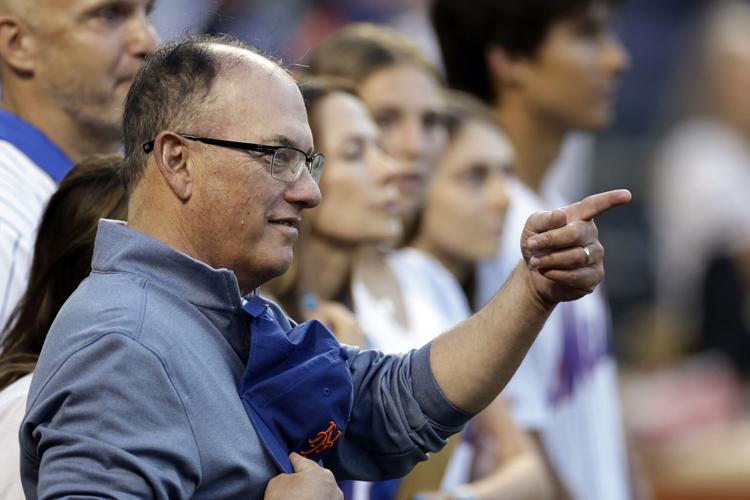 New York Mets owner Steve Cohen has made it his point to spend heavily to try to build a championship team. 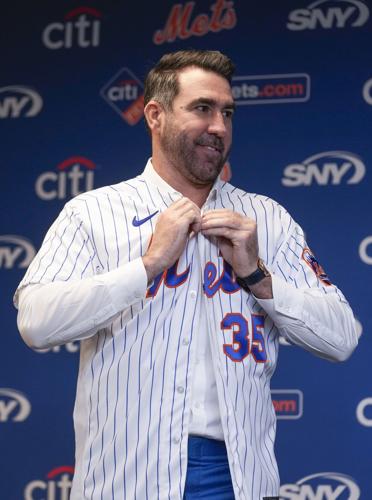 Mets pitcher Justin Verlander puts on his new jersey during a news conference at Citi Field on Tuesday, Dec. 20, 2022, in New York. The team introduced Verlander after they agreed to a $86.7 million, two-year contract. It's part of an offseason spending spree in which the Mets have committed $476.7 million to seven free agents.