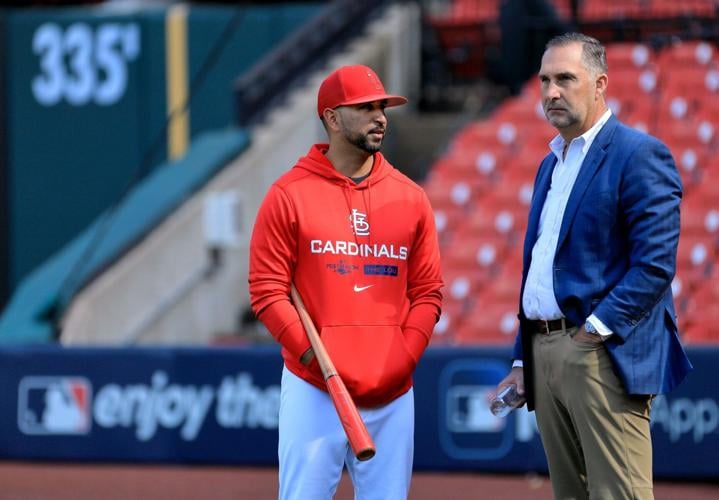 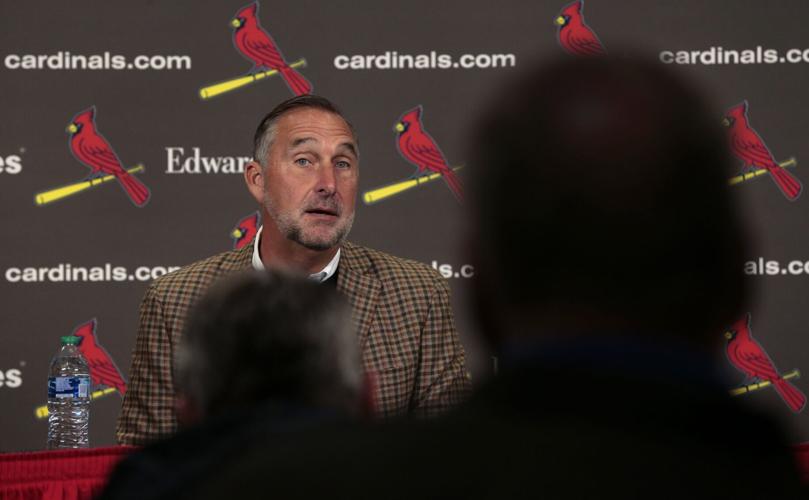 Cardinals president of baseball operations John Mozeliak believes his team had a very good regular season. And he is not going to overreact to the disappointing finish to the postseason by shifting to a new organizational philosophy.

He likes the chemistry of his field staff demonstrated this season under first-year manager Oliver Marmol, so he’s surprised to be heading into the offseason with four coaching vacancies.

He likes the job hitting coach Jeff Albert did and is disappointed the Albert did not want to stay in the STL.

He is glad to have Adam Wainwright returning to the starting rotation and he is hopeful that third baseman Nolan Arenado will decline his opt-out and finish out his contract as a Cardinal.

He is heading into the offseason looking to add a full-time catcher, bolster the offense and add more pitching – while being mindful not to block outfield prospect Jordan Walker and middle-infield prospect Masyn Winn from advancing.

And, yes, he expects to increase payroll.

"We know there's work to do," he said. "We know have to do some things to improve our club. We didn't finish the year like we wanted to, but there was a lot to be excited about in 2022."

Those were the takeaways from Mozeliak’s year-end news conference. Let’s unpack the news:

Mozeliak remains a big fan of Albert’s work, both with modernizing the Cardinals’ organizational hitting program and the work he did this season with the hitters. But Albert was apparently tired of being a social media whipping boy, so he was ready to move on to the next challenge. He leaves after a season that saw cornerstone hitters Paul Goldschmidt, Nolan Arenado and Albert Pujols make major improvement from a year ago. Also, Tommy Edman, Andrew Knizner and Lars Nootbaar made progress and rookies Brendan Donovan, Juan Yepez and Nolan Gorman were successful graduates of the minor league program. On the other hand, Dylan Carlson regressed, Tyler O’Neill regressed amid injuries and Paul DeJong remained awful.

"Jeff accomplished exactly what we were hoping him to do," Mozeliak said. "He modernized our hitting program, our strategy. I think he made a huge contribution to our minor league side. From that standpoint it was a success.

"When you look at what was happening up here at the big league level, I think people were tough on him. It wasn't an easy job. Our offense was good this year though. Compared to the league it was good. I was hopeful he would come back."

He is looking for a successor who can build on Albert's hitting approach, not change it.

Pitching coach Mike Maddux elected to move on, citing desire to do something at a lesser pace. So Cardinals hurlers will no longer feel his supportive hand on their shoulder. All in all, Maddux got good results from the staff during his tenure despite all the major injuries beyond his control.

Cardinals bench coach Skip Schumaker got the Miami Marlins managerial job, taking on the challenge of leading a talented young nucleus to relevance in the hyper-competitive National League East. He is more than ready for his opportunity to lead a team. But let’s hope the Marlins give him the resources to compete. Let’s hope this ownership group keeps investing in the build-up so Schumaker doesn’t suffer the sort of beating Mike Matheny took in Kansas City.

The one staffing change Mozeliak forced was to reassign bullpen coach Bryan Eversgerd to a special assistant role. Mozeliak gave no timetable of filling out the field staff and said that the Cardinals will look at internal and external candidates. As for the potential of Matt Holliday becoming the new bench coach . . . Mozeliak didn’t want to address that possibility with the search process underway. But that would be pretty cool, no?

Wainwright, 41, opted to return for another season after consulting with his family. He was 11-12 with 3.71 earned-run average while shouldering a huge workload for the team. Ultimate competitor that he is, Wainwright refused to conclude his career with a frustrating late-season fade. In his last six starts, he was 2-3 with a 7.22 earned-run average. He later diagnosed his problem as a shortened stride caused by a hard smash he took a hard smash off his left knee on Aug. 28. Mozeliak believes it’s unfair to blame the coaching staff for not detecting the mechanical flaw because Wainwright has his own particular evaluation process.

"We really do feel lime there is something left in that tank," Mozeliak said.

Mozeliak flew out to SoCal to meet with Arenado, who is still mulling his options. Arenado wanted some answers about the Cardinals’ plans to improve in 2023 and get back into the postseason hunt. Mozeliak believes a decision – which must be made within five days of the World Series’ conclusion – is coming soon.

While the front office team is still formulating its offseason plans and assessing the potential marketplace, Mozeliak guaranteed that the team payroll will increase for next season.

But he also guaranteed that organization remained committed to player development and building from within. That is what the Cardinals have done all along on his watch and that's not changing.