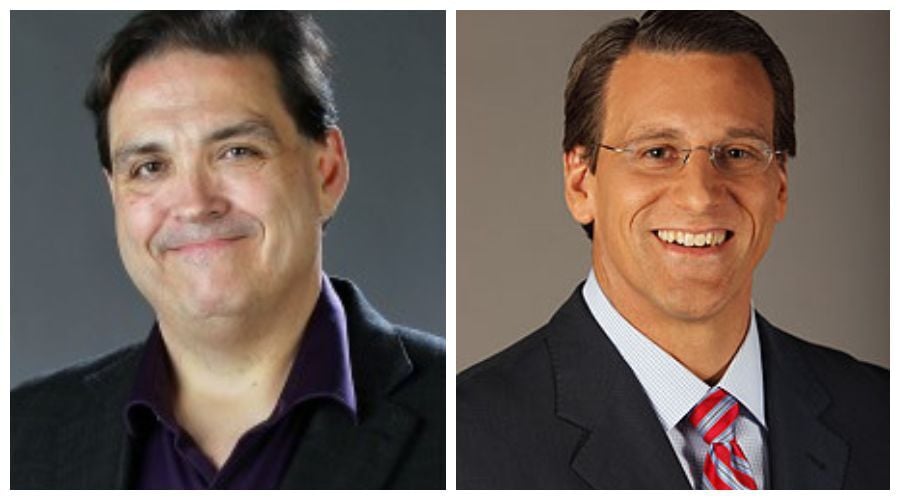 Bernie Miklasz (left) is set to start at KFNS on Monday, and Steve Savard (left) is to join the station on Jan. 4. 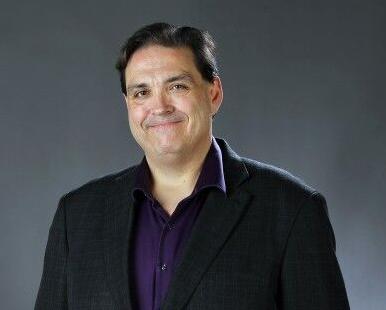 Negotiations to sell KFNS have advanced to the stage that the potential new owners are making multiple programming moves, and signs are intensifying that two big names in the local sports media landscape — Bernie Miklasz and Steve Savard — soon will end up on the radio station.

Randy Markel has owned KFNS (590 AM) since pulling it out of bankruptcy five years ago and said Thursday that he is in the final phase of selling it to a group formed by John Hadley — who has managerial and on-air positions there. It would be a lease deal at first, with the sale not finalized until Federal Communications Commission approval is granted. That probably would not happen until early next year.

But Hadley already is making lineup changes designed to return the station to its jock-talk foundation, which was poured more than a quarter century ago. It has drifted away from that under Markel, who added a politically oriented show presented by Larry Conners and an entertainment-based program with Frank O. Pinion as the ringleader.

Conners has been gone for a while, and two weeks ago it was announced that Pinion’s days were numbered because of the planned return to a sports-intensive focus — something Markel endorses.

Hadley “is doing everything I would have done,” Markel told the Post-Dispatch. “I wouldn’t be doing a thing differently.”

“We have a chance to bring in two of the top talents in the market,” Hadley said on the air Thursday, without mentioning names. But Miklasz and Savard are believed to be the frontrunners.

“You get one shot at this, we need to get it right,” Hadley told the Post-Dispatch. “We need to get better. This is not a market with a lot of hard workers. Getting a guy to show up at a remote (broadcast) he’s being paid to do sometimes is hard. We need more of a team attitude.”

Pinion’s final scheduled show on the station was Thursday, after the program ran from 3-6 p.m. Mondays-Thursdays for the last three years. Hadley said the plan is to have KFNS alumni work in that slot for the next two weeks, “a walk down memory lane,” until the full-time replacement begins.

That very well could be Miklasz, the former longtime Post-Dispatch sports columnist who also worked in sports radio before leaving the paper five years ago to move fulltime to WXOS (101.1 FM). But he was dropped by that all-sports station in May, part of a companywide series of layoffs attributed to coronavirus-fueled revenue declines. It is believed that a clause in his contract with WXOS owner Hubbard Broadcasting prevents him working for a local competitor for six months, a period that ends soon.

It also would not be surprising to see Savard end up on early afternoons at KFNS. Savard, who was the sports director at KMOV TV for many years and was the Rams’ radio play-by-play radio voice for their last 16 seasons in town, migrated from Channel 4’s sports department in 2013 to become a lead news anchor. He was laid off last month in a move also attributed to virus-caused financial reasons that impacted others employed by Channel 4 owner Meredith Corp.

“The Large Morning Show in the Afternoon,” as Pinion’s program is called, ended its two-week farewell run on Thursday.

Various incarnations of the popular show, in which irreverence and frivolity are the centerpiece, have aired on multiple stations over many years. The finale of the current version signed off with that approach as well as a poignant moment in which Pinion talked about being honored — by surprise — earlier in the day by numerous police officers for his on-air support of law enforcement personnel.

It was emphasized in the show that there are no hard feelings on either side.

“You did not fail here, we failed here,” Hadley told Pinion on the air, pointing out that the station did not do a good job with its portion of advertising sales for the program that Pinion owns, sells much of the ads and pays the cast.

Hadley called Pinion (real name, John Craddock), “one of the two or three best broadcasters in the history of the city.”

“If a station wants to be all sports, I’m the last guy you’d want,” he said because his sports knowledge is miniscule.

Pinion had been offered a lower-profile slot at the station, but said that would not fit his business model. He is seeking to take the show elsewhere, though he estimates it will take at least several months before a new deal would be struck. Hadley also said Pinion would be welcomed back if he wants to return in a slot outside morning or afternoon drive time, when sports will be the focus.

Upcoming NFL games to be televised in St. Louis:

BenFred: Thanks to smart move nearly 10 years ago, Mizzou can be spectator in latest conference realignment drama

Gordo on the NHL: Blues exploit Rangers' change in direction

The New York Rangers want to put a different sort of team on the ice. The Blues were only too glad to assist that process by trading Sammy Blais for Pavel Buchnevich.

This column was supposed to track Eli Drinkwitz's best jokes from SEC media days. I ran out of room.

'It’s so immersive. The fan experience is worlds ahead of what football and baseball is.'

This is shaping up as most productive minor league season for the Cardinals, since most of their top hitting prospects are making big strides. Middle-of-the-order offensive heft is on the way.

As baseball's trade market heats up, the Pirates will sell off marketable assets as part of their tank-and-rebuild strategy.

Gordo on the NHL: Kraken take Schwartz from Blues, Grubauer from Avs

Hochman: Cardinals should bolster their pitching rotation via a deadline deal

It appears they could be in the hunt, after all. So why not see it through?

College sports fans better buckle up because the next four or five years will get crazy. Players are getting paid above board, more realignment is coming and the NCAA as we know it may disappear.

The trade market is heating up with Joey Gallo going to the Yankees, Eduardo Escobar going to the Brewers and Starling Marte heading to the A's.

Bernie Miklasz (left) is set to start at KFNS on Monday, and Steve Savard (left) is to join the station on Jan. 4.