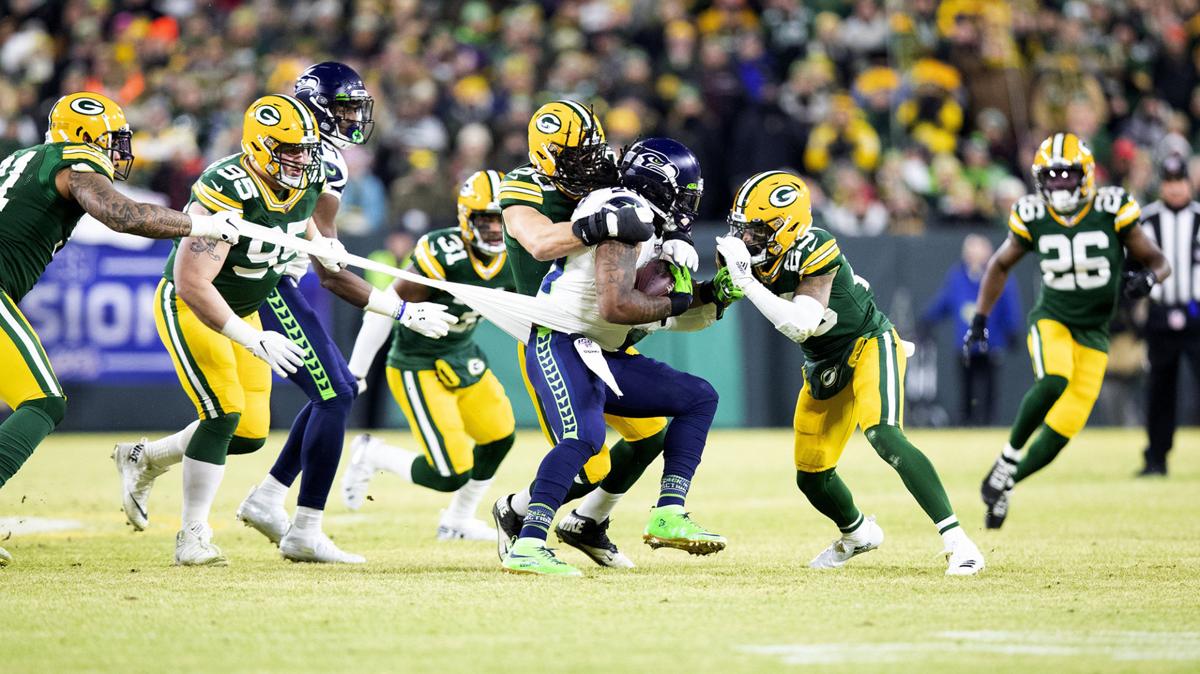 Seattle Seahawks running back Marshawn Lynch (24) is stopped by the Green Bay defense in the first quarter on Sunday, Jan. 12, 2020 at Lambeau Field in Green Bay, Wis. (Mike Siegel/Seattle Times/TNS) 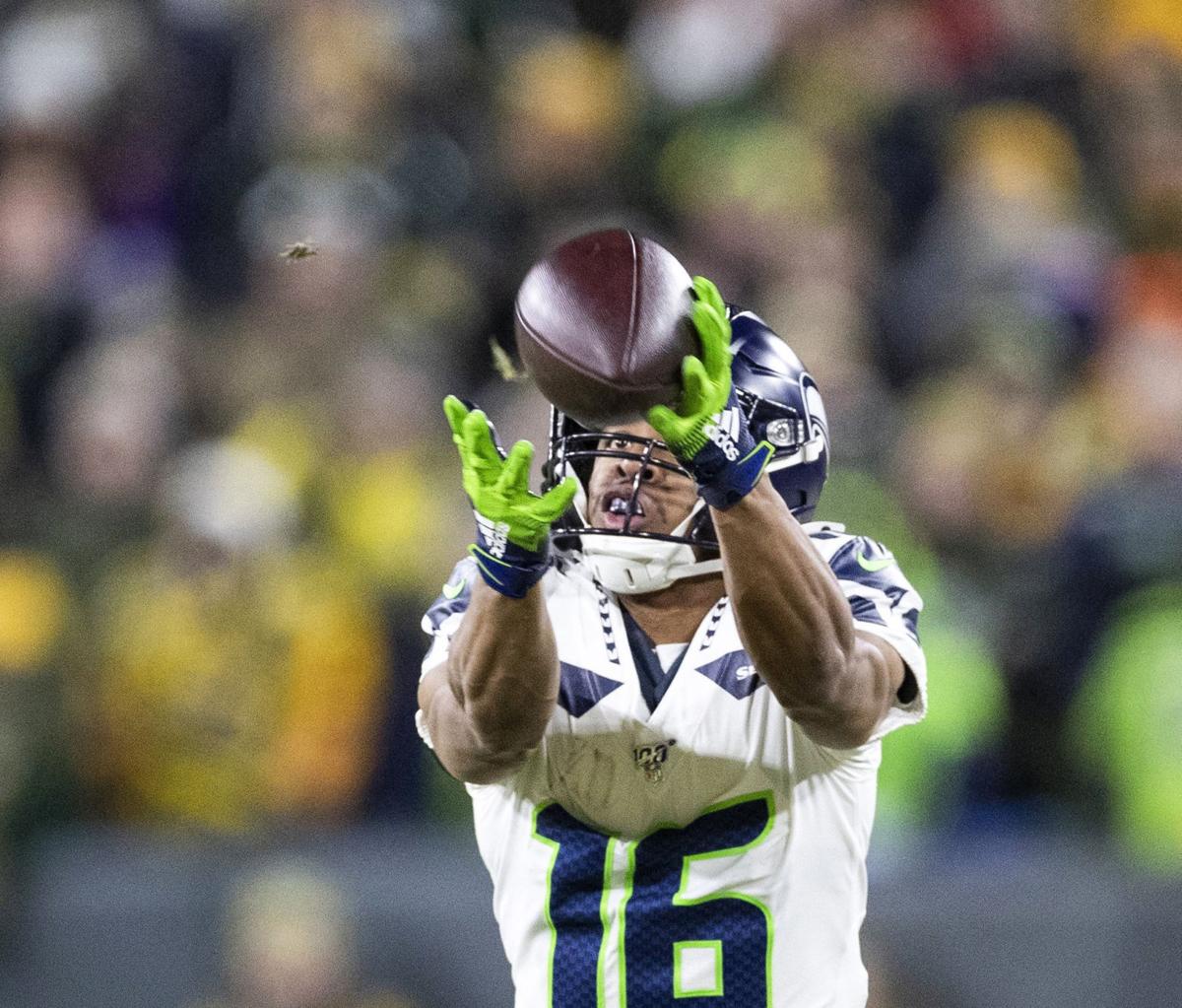 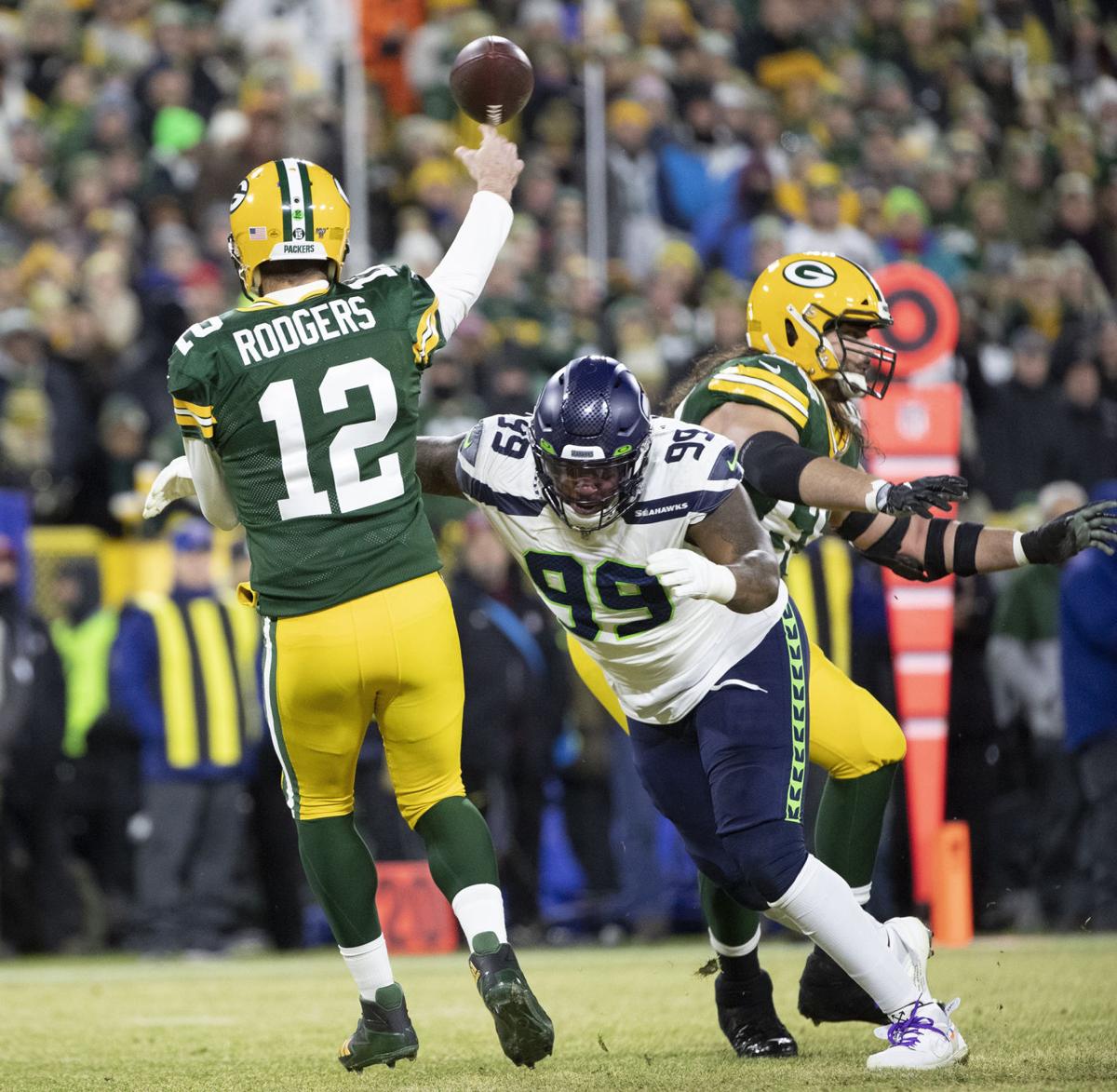 GREEN BAY, Wis. - Despite the Seahawks' furious second-half rally, Seattle's season ended on a cold Sunday night with a 28-23 loss to the Packers in the divisional round of the playoffs at Lambeau Field.

Three immediate impressions from the game:

Danger Russ does it again

How can Russell Wilson be the highest-paid player in the history of the NFL ... and still look like he's underpaid?

Really, what else can we say about the guy?

Wilson has been unbelievable all season, and he was in another stratosphere in the second half Sunday night.

Trailing 21-3 late in the first half and 28-10 in the third quarter, Wilson led the Seahawks on three touchdown drives in the second half to pull within 28-23 on Marshawn Lynch's 1-yard TD run with 9:33 left.

Wilson had the Seahawks moving again late in the fourth quarter, driving near midfield, when his first-down pass to second-year receiver Malik Turner was dropped.

And it was a costly drop.

Wilson was sacked two plays later for a loss of 6 yards, and the Seahawks opted to punt on fourth-and-11 from their 36 with 2:41 left.

They would not get the ball back.

He was a magician, once again, with his feet, running for 64 yards on seven carries, and nearly carrying the Seahawks to another improbable comeback.

No answer for Aaron, Adams

The Seahawks had no answers for Davante Adams, who set a Packers playoff record with 160 yards receiving on eight catches.

He had an easy 20-yard touchdown reception from Aaron Rodgers early in the first quarter.

He had another easy touchdown reception, on a 40-yard catch and run, in the third quarter.

And then the backbreaker: With 2:19 remaining, facing a third-and-eight from their own 22, Rodgers floated a pass for Adams for a 32-yard gain to the Seattle 46-yard line.

On that play, Adams was left alone in single coverage opposite Seahawks rookie Ugo Amadi. Rodgers went right after the rookie.

Amadi and Tre Flowers appeared to have a communication breakdown on Adams' first touchdown.

It was a perfectly scripted opening drive from the Packers.

Jimmy Graham, the former Seahawks tight end, had three catches for 49 yards - all three coming on third down.

Graham's final catch was a 9-yard reception on third-and-9 in the final moments to clinch it for the Packers.

Well, it had a chance to be a signature moment for this Seattle defense.

It was special, nonetheless, when twin brothers Shaquem and Shaquill Griffin combine on the sack of Aaron Rodgers on third down late in the fourth quarter - for what officially goes down as Shaquem's first NFL sack.

That sack gave Wilson and the Seahawks one last chance to complete the comeback.

Visit The Seattle Times at www.seattletimes.com

The St. Louis BattleHawks started fast and blew by the visiting New York Guardians 29-9 before a big crowd in their XFL home opener on Sunday.

Sellout crowd at Dome, albeit about 27,000, expected for pro football's return to town.

Sunday was everything the St. Louis BattleHawks had hoped for — and more — as they cruised to a 29-9 win over New York before a crowd of 29,554.

This lofty viewership in St. Louis came despite ESPN's fumbled start to the broadcast.

De'Mornay Pierson-El has been on NFL practice squad, had a short stint in CFL, played in defunct AAF. Now he's a receiver/kick returner in the XFL.

Sunday was everything the St. Louis BattleHawks had hoped for — and more — as they cruised to a 29-9 win over New York before a crowd of 29,554.

NEW ORLEANS (AP) — An attorney for New Orleans' Roman Catholic archdiocese Thursday strongly defended the New Orleans Saints' behind-the-scenes help in dealing with the clergy sex abuse crisis, saying the legal effort to release hundreds of confidential emails between them is aimed at trying to shame those “who had the audacity” to back the church.

Seattle Seahawks running back Marshawn Lynch (24) is stopped by the Green Bay defense in the first quarter on Sunday, Jan. 12, 2020 at Lambeau Field in Green Bay, Wis. (Mike Siegel/Seattle Times/TNS)