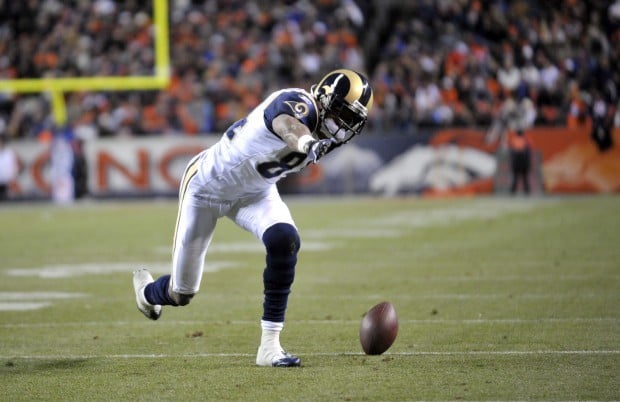 St. Louis Rams wide receiver Danario Alexander (84) reacts to making a first down against the Denver Broncos during the second half Sunday. (AP Photo) 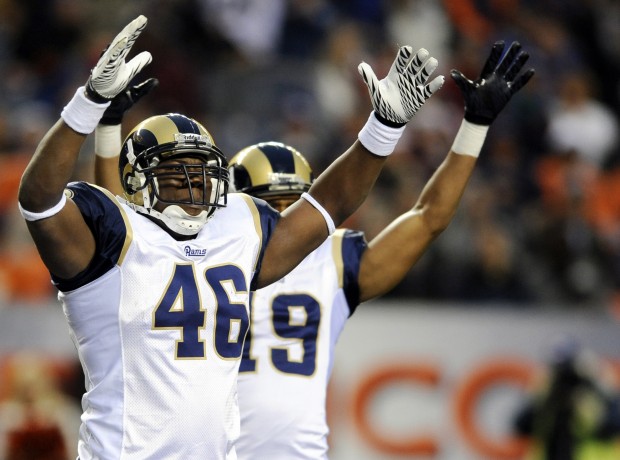 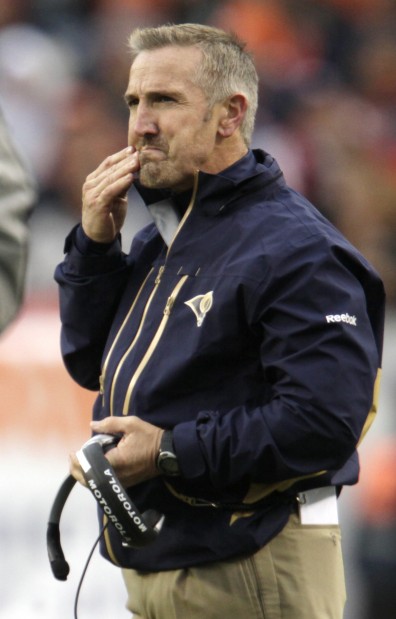 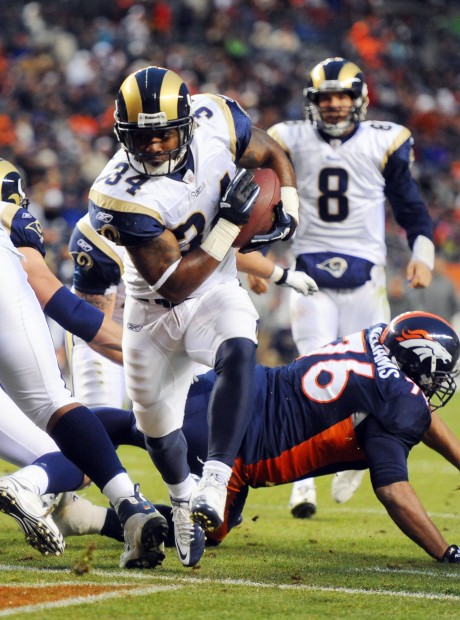 St. Louis Rams running back Kenneth Darby (34) scores a touchdown against the Denver Broncos during the third quarter of an NFL football game Sunday, Nov. 28, 2010, in Denver. (AP Photo/Chris Schneider) 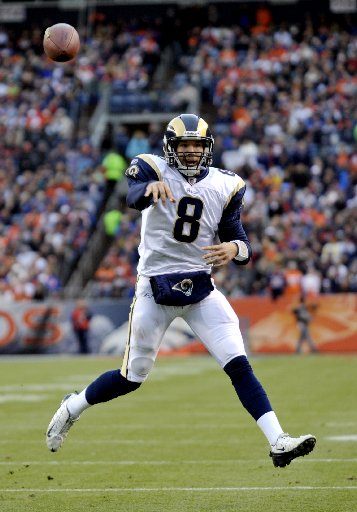 DENVER • Rams build lead on the road. Rams fritter away lead in fourth quarter on the road. Home team gets ball late with chance to beat Rams on road or send game to overtime.

"Not this time," linebacker James Laurinaitis said. "No, not this time."

"We said that to each other," defensive end Chris Long said. "We can't let this happen."

And for once, they didn't. After nearly blowing leads of 33-13 and 36-20, the Rams hung on for a 36-33 victory over Denver on Sunday at Invesco Field at Mile High. It was the Rams' first road victory in nearly 13 months, and at 5-6, they are tied for first place with Seattle in the NFC West.

"Hey, we'll take that," Long said. "It's the wild, wild West. You never really know what can happen."

No, you don't. Not in this league, and not with this team. The postgame atmosphere reflected that in the Rams' locker room. It was equal measures joy and relief.

"Is anything in this world easy?" offensive coordinator Pat Shurmur said, shaking his head.

When asked if he could stand many more of these bizarre road games, coach Steve Spagnuolo replied: "You mean my gray hair and my blood pressure? Yeah, I can. I tell you what, I love doing it as long as we end up this way, I'm OK."

"What did they used to call them — the Cardiac Cardinals?" Rams owner Stan Kroenke said, referring to Don Coryell's Big Red teams of the mid-1970s.

Of course, to be labeled the Cardiac Rams — or something like that — it helps to actually win a close one now and then.

And let's face it, when Denver faced a fourth-and-16 play with 27 seconds to go, it looked as if the Broncos had the Rams right where they wanted 'em. (See: fourth-and-18, San Francisco. Or third-and-16, Tampa Bay.)

On this fourth-down play, Long got around the edge in time to jolt Broncos quarterback Kyle Orton, hitting him with enough force to cause his pass to fall well short of intended target Eddie Royal. Out came the Rams' offense for a kneel-down in the victory formation.

Long and Laurinaitis were huge on the final series. On first down at the Denver 34, Long dropped Orton for a 6-yard sack. On second down, Orton appeared to have tight end Daniel Graham over the middle for first-down yardage and more, but Laurinaitis reached in to break up the pass.

Members of the Rams' offensive unit, which put up the highest point total for a Spagnuolo-coached Rams team Sunday, were more than interested spectators as the final series unfolded.

"I was actually watching it on the video screen," quarterback Sam Bradford said. "I had success doing that all day. When I did that, our defense had stops. So I'm kind of superstitious like that."

"The play that kind of scared me was the play that Laurinaitis got the ball out," running back Steven Jackson said. "I thought (Graham) made the back-shoulder catch for a second."

But as Laurinaitis and the defenders said: Not this time.

The Rams had a lot of cushion to squander this time, thanks to Bradford's most prolific day as a pro. He threw for a career-high 308 yards and tossed a career-high three touchdown passes, all of which went to tight ends. It was clear from the outset that the Broncos were going to do everything in their power to take away Jackson and make Bradford beat them. He did just that.

"It seemed like all day the box was loaded," Bradford said. "They were trying to take 'Jack' away, which for the most part they did a good job of. But when they do that, they gave a lot of one-on-one matchups outside, and the wide receivers did a great job creating space and getting open."

The return of Danario Alexander (four catches for 95 yards) helped. Michael Hoomanawanui caught his second TD pass in as many weeks before leaving with rib and ankle injuries in the second quarter. Tight end Billy Bajema atoned for a first-quarter drop — and then some — with two second-quarter TD catches. Bajema, who had only 23 career catches entering Sunday's game, had not caught a TD pass in six NFL seasons until Sunday.

"I'm very impressed, not only with the play of Sam, which has been phenomenal, but our young guys, our young receivers," Jackson said. "Some guys have stepped up in a major way and it has allowed (Sam) to have weapons down the field. So we can show teams that we have a threat — we can stretch the field a little bit."

It didn't look that way at the start, with Denver coming out strong offensively. The Broncos had a 10-0 lead midway through the opening quarter and scored on their first three possessions. But the Rams didn't panic. The defense tightened up and the offense started humming, scoring on five consecutive possessions to take a 26-13 halftime lead.

After Kenneth Darby scored on a 1-yard run midway through the third quarter, the Rams' lead ballooned to 33-13, the largest lead ever for the Spagnuolo Rams. Then things got interesting, bordering on disastrous.

"The bottom line is we got a win on the road," Spagnuolo said. "We won one in November, and we talked all week long about two of the things we haven't done yet: win in November and win on the road. We checked those boxes off, and we will move forward."

Burwell: Rams went on a wild ride in Denver

Are the Rams the best in the NFC West?

Yes, for now, but in this weak division things can change quickly.

Alexander shines in his return

Back from a fifth knee operation, WR has 95 yards on four catches vs. Broncos.

By barely hanging on to their 36-33 victory over the Broncos, the Rams did their part to doom the Josh McDaniels Regime in Denver.

St. Louis Rams wide receiver Danario Alexander (84) reacts to making a first down against the Denver Broncos during the second half Sunday. (AP Photo)

St. Louis Rams running back Kenneth Darby (34) scores a touchdown against the Denver Broncos during the third quarter of an NFL football game Sunday, Nov. 28, 2010, in Denver. (AP Photo/Chris Schneider)