Once a janitor at Edward Jones Dome, Alexander now a Rams player
0 comments
Share this
{{featured_button_text}}
1 of 2 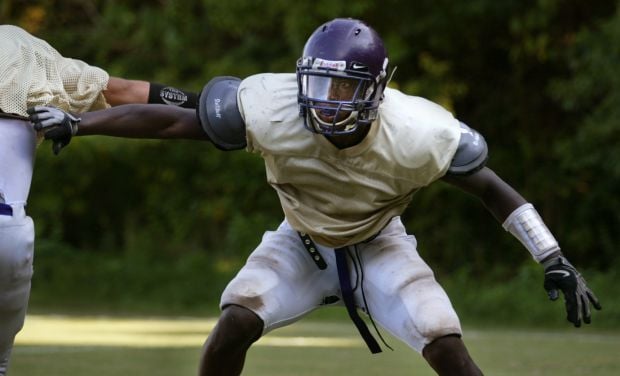 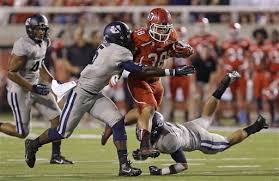 Less than two years ago, Maurice Alexander worked as a janitor in the Edward Jones Dome. Some of those duties included cleaning up after Rams home games.

As of late Saturday morning, he’s in the NFL, playing for his hometown team. The stadium he once cleaned up is now his playground after the Rams selected Alexander, a safety from Utah State via Eureka High in suburban St. Louis, in the fourth round.

In 2012, when Alexander was working at the dome, the dream was more like a nightmare. That nightmare included 45 days in a Utah jail after pleading guilty to a misdemeanor charge of aggravated assault resulting in bodily injury.

Early in 2012 while at Utah State, Alexander was at a large party when the crowd started pushing and shoving. According to an account in the Deseret News of Salt Lake City, Alexander and a Utah State teammate, running back Joey DeMartino, were in the scrum pushing each other.

The party broke up, but Alexander ran up to DeMartino outside in a parking lot and punched him. DeMartino fell down, and later needed surgery for broken bones around his left eye, and also suffered a fractured cheekbone.

“There was a lawsuit filed, and as a result the university suspended him for the 2012 season,” coach Jeff Fisher said. “He came back here to St. Louis and worked at the Edward Jones Dome as a janitor, picked up, cleaned up after our ballgames for a year so he could financially pass the time before he was reinstated.”

Fisher and Snead said the Rams thoroughly investigated the incident and were satisfied with what they learned, and with what Alexander had to say about it.

“He was very professional, very upfront, very honest,” Fisher said. “We didn’t have a problem with it.”

“It made me a man at the end of the day,” he said. “Me and my teammate (DeMartino), we’re great friends. It was a mistake. It made me a better man today.

“Utah State University, they believed in me. They brought me back. I’m a great guy. I’m a great friend. I’m a great person to be around. And I’m good in the locker room.

Utah State reinstated Alexander in time for the 2013 season. DeMartino was back on the field in 2012, and in 2013 rushed for 1,221 yards and 14 touchdowns at Utah State. He signed with the Kansas City Chiefs as a rookie free agent.

For Alexander, getting back in school at Utah State “was a blessing,” Alexander said. “I did everything they asked of me. I did what it took to get back into the university. I took classes, I worked. It was a struggle, but it was worth it. It was all worth it, coming back. I appreciate the coaches — just Utah State, the fans, everyone — for just believing in me, letting me come back.”

When Alexander returned to Utah State, he was converted to safety (from linebacker) and had a strong 2013 season, finishing with 80 tackles, 3 ½ sacks, six pass breakups and an interception.

“Aggressive, big, athletic, will hit,” Fisher said. “You look at the numbers: sacks, caused fumbles, tackles for losses. There’s definitely a role for this type of player in our defense.”

Alexander made a “local” visit to Rams Park a few weeks before the draft. And because it was a local visit, by NFL rule, the Rams were allowed to conduct a workout.

“He had an outstanding workout here three or four weeks ago,” Fisher said. “He’s a very, very talented player and he’s got a huge upside.”

Alexander also had an impressive workout at the NFL Scouting Combine, where he measured in at 6-2, 220, and ran the 40 in 4.54 seconds.

“His knowledge and his instincts are outstanding,” Fisher said.

Fisher said the Rams will plug him into some packages on defense, and that Alexander most likely would be active on game days on special teams as well. Alexander mainly played strong safety at Utah State, but Fisher says he has the skills to play free safety as well.

Draft report cards for all 32 GMs from the Bleacher Report

Even if we cannot get a true sense of value until these players have seen the field with their teams, there is plenty to grade based on scouting and draft movement.

After a bit of a wait, Lindenwood's Desir is drafted by Browns

Sam's a Ram, and he's ready to prove himself

Bernie: Rams did the right thing in drafting Sam

Rams' draft picks at a glance

A rundown of the Rams' 11 draft selections.