ST. LOUIS — Lawyers on Wednesday clinched a deal to settle the Rams relocation lawsuit for $790 million, ending a 4-year-old legal saga and avoiding a high-stakes civil trial that could have overshadowed Super Bowl LVI in the very stadium billionaire Stan Kroenke built after leaving St. Louis. 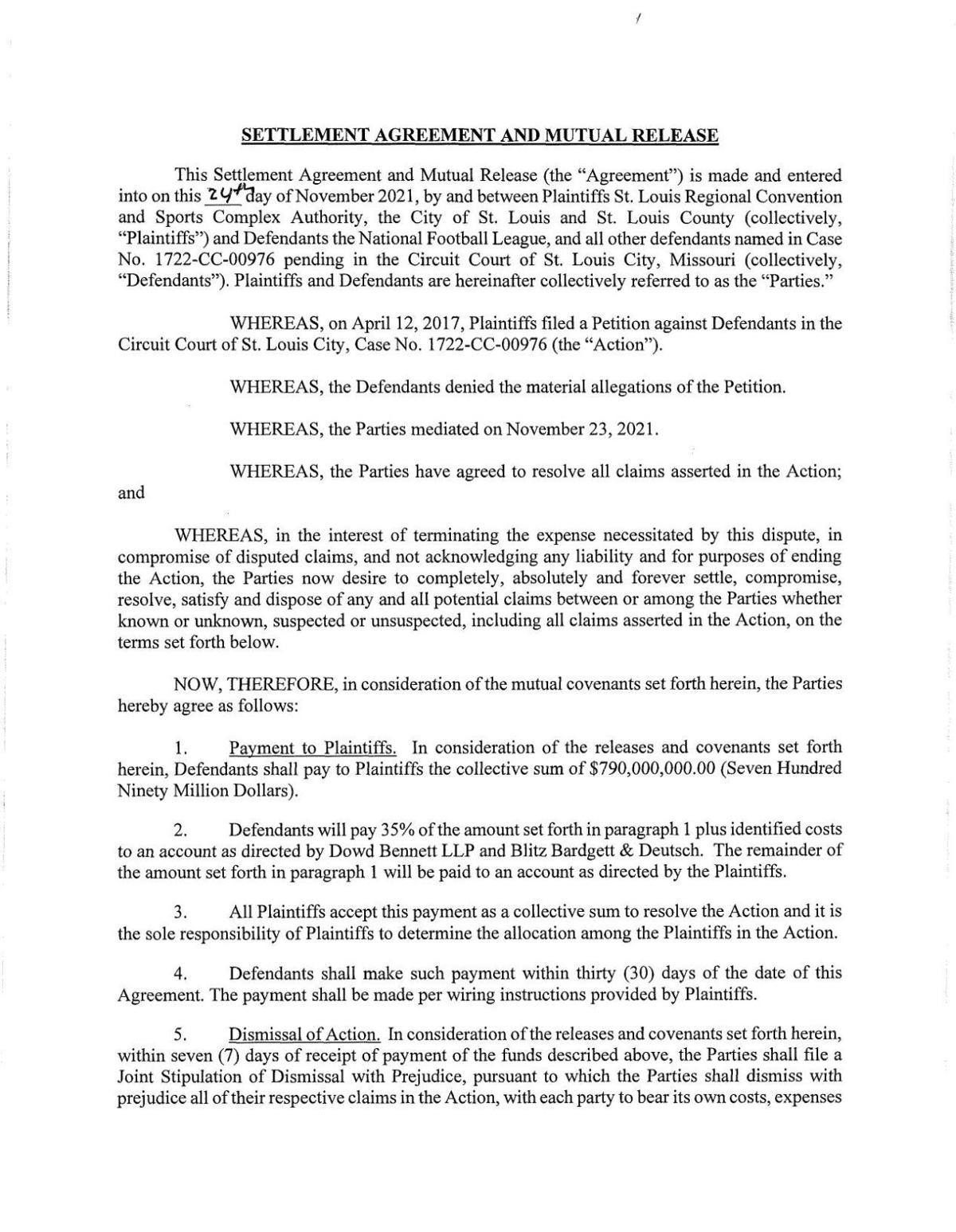 NFL Commissioner Roger Goodell approved the settlement before noon Wednesday. The agreement binds the league to pay St. Louis, St. Louis County and the public agency that owns The Dome at America’s Center within 30 days. The league will determine internally how much will be shouldered by Kroenke and how much by the league and owners, sources with firsthand knowledge of the settlement said.

St. Louis Mayor Tishaura O. Jones and St. Louis County Executive Sam Page in a joint statement called the agreement “historic,” lauded the “hundreds of millions of dollars for our communities” and said that the governments were still determining how to divide the winnings.

The settlement does not include an expansion football team for St. Louis as some had hoped. But it vindicates the effort to mount a St. Louis stadium proposal and keep Kroenke from moving the Rams to Los Angeles. It provides recompense to angry fans and officials. And it sends a message to the NFL and its owners that they must pay attention to their rules — and to local markets.

“This entire lawsuit is a wake-up call to the NFL,” Garrett Broshuis, a St. Louis lawyer and adjunct law professor at St. Louis University. “This resulted in a substantial sum of money. And a payment like this really hits home. That’s where the owners actually feel things, is when it hits their wallet.”

Lawyers representing Kroenke and the NFL were in St. Louis on Tuesday for a mediation session with St. Louis, St. Louis County and the Regional Convention and Sports Complex Authority, which owns the dome, to discuss settlement possibilities. Negotiations at a law office in Clayton went into the night.

The parties signed the settlement on Wednesday, releasing both sides of liability. The NFL’s lead negotiator was its general counsel, Jeff Pash. The law firms representing the local governments — Dowd Bennett and Blitz Bardgett & Deutsch — will receive 35% of the settlement, or $276.5 million.

Lawyers for the parties were not available Wednesday to discuss the settlement. NFL spokesman Brian McCarthy said, “We appreciate the effort by all parties to reach a settlement and thank (former) Judge Jack Garvey for his service as mediator.”

The two worked for more than a year in the public eye, negotiating with area elected officials, NFL executives and state leaders, pitching plans to NFL owners in glitzy hotels, spending $18 million in public funds, and finally settling on a proposal for a $1.1 billion downtown stadium. The plan relied on millions in contributions from the team and league, plus cash from seat licenses, tickets, parking and concession sales; it included $400 million in public funding.

The pitch wasn’t just rejected. Kroenke’s relocation proposal to the NFL blasted St. Louis, saying the region was losing population and lagging in economic drivers to such a degree that it could not support three professional sports teams.

In January 2016, the league owners voted multiple times, resorted to a secret ballot, and approved the Rams’ move. Eventually, all three teams in the race to L.A. relocated — the Oakland Raiders to Las Vegas, and the San Diego Chargers and the Rams to Kroenke’s SoFi Stadium in Inglewood, California.

“This is the hardest undertaking that I’ve faced in my career,” Kroenke said, after receiving permission to move the Rams.

In 2017, St. Louis, St. Louis County and the dome authority filed suit against Kroenke, the Rams, the league and its owners, alleging the league broke its own relocation rules that were established decades ago to avoid antitrust liability.

“There is no legitimate basis for this litigation,” McCarthy said then. “While we understand the disappointment of the St. Louis fans and the community, we worked diligently with local and state officials in a process that was honest and fair at all times.”

At the heart of the case was not Kroenke’s yearslong quest to move the team through an escape clause in the St. Louis stadium lease, nor misleading statements by Rams executive Kevin Demoff along the way. Rather, it was the league’s insistence — from Goodell to former league executive Eric Grubman — that a strict adherence to the league’s relocation guidelines, established in 1984 in response to court recommendation to the NFL to avoid antitrust liability, would give St. Louis a fair chance to keep its team.

In pretrial court hearings, the St. Louis side won a judge’s approval to pursue punitive damages against owners who served on the league’s committee on Los Angeles expansion. That kicked off a bitter fight in league circles about what financial documents those owners would be required to hand over as the St. Louis lawyers built their case. Also chafing owners was a lengthy and exhausting discovery process that required phone records from owners dating to long before the Rams were approved to relocate.

A trial would have pursued billions for the St. Louis area, though carried the risk of appeal.

Then, in recent weeks, pressure began to build on the league to reach a settlement.

Kroenke was frustrating his fellow team owners by expressing interest in revisiting the terms of an indemnification agreement he signed before the Rams’ move. He reportedly threatened to settle his side of the case apart from his fellow owners if they did not help with the financial toll of a settlement.

• The first was a contempt of court hearing that was to decide if multiple influential NFL owners had satisfied Circuit Judge Christopher McGraugh’s request to hand over detailed financial information for the pursuit of punitive damages against certain owners.

• The second was the scheduled start of a January trial that would ask a St. Louis jury to decide if Kroenke, his fellow owners and the NFL broke Missouri law by violating the relocation guidelines.

Peacock, the task force member, noted that St. Louis’ work six years ago set the stage for the settlement this week.

“There were a lot of people who jumped in and fought hard for St. Louis,” Peacock, who was not paid for his work on the task force, said Wednesday. “When we were working on it, we thought we would either keep our team here — all of the way up to the day of the vote, and it went the other way — or that there would be some recourse given the time and the fact we did everything we were asked to do.

“There was $18 million in public money spent,” Peacock said. “But I think the return on investment ended up being pretty good.”

Sports fans in St. Louis and beyond react to the $790 million settlement in the 4-year-old Rams relocation lawsuit announced Wednesday.

Up for Discussion: NFL indigestion over the Rams’ relocation

The NFL’s team owners, a band of billionaire brothers, are getting nervous as the St. Louis lawsuit over the Rams’ relocation forces them to m… 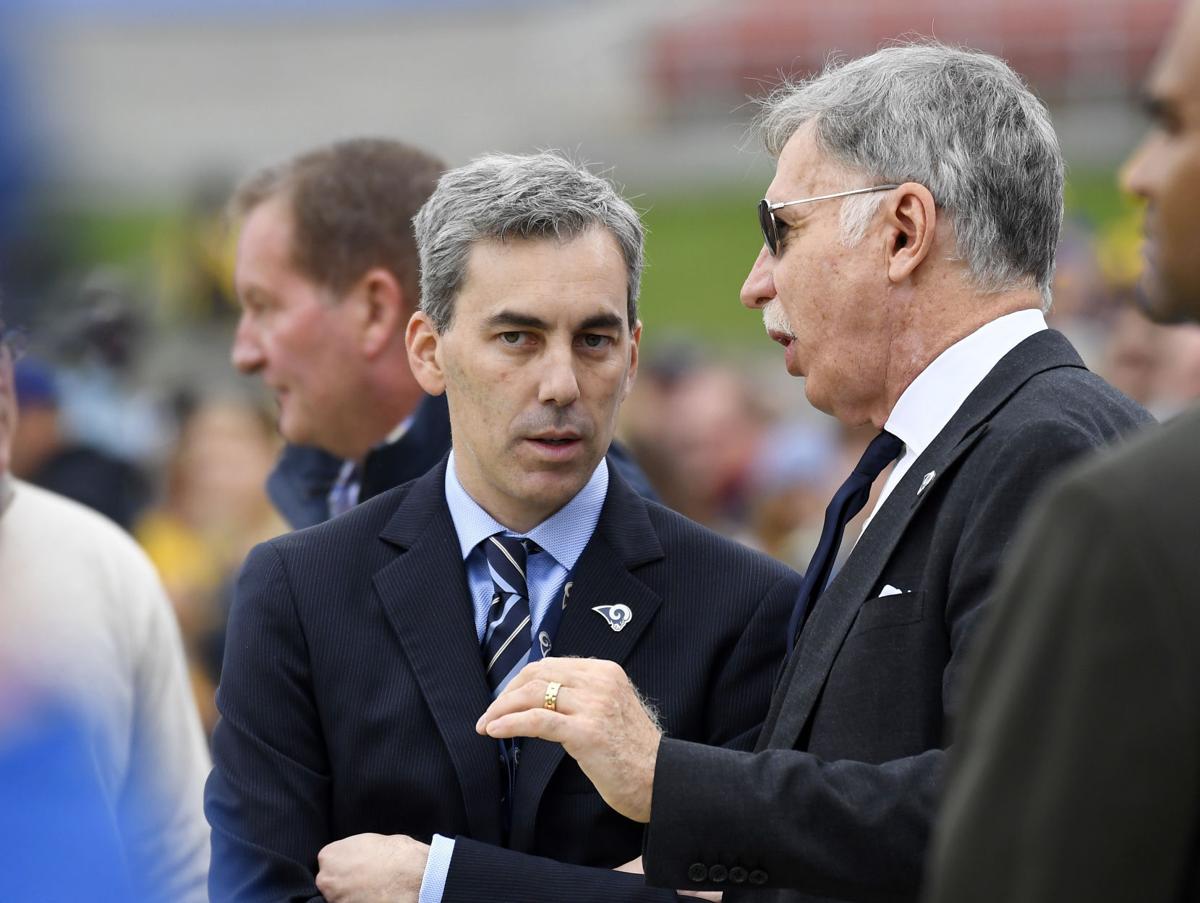 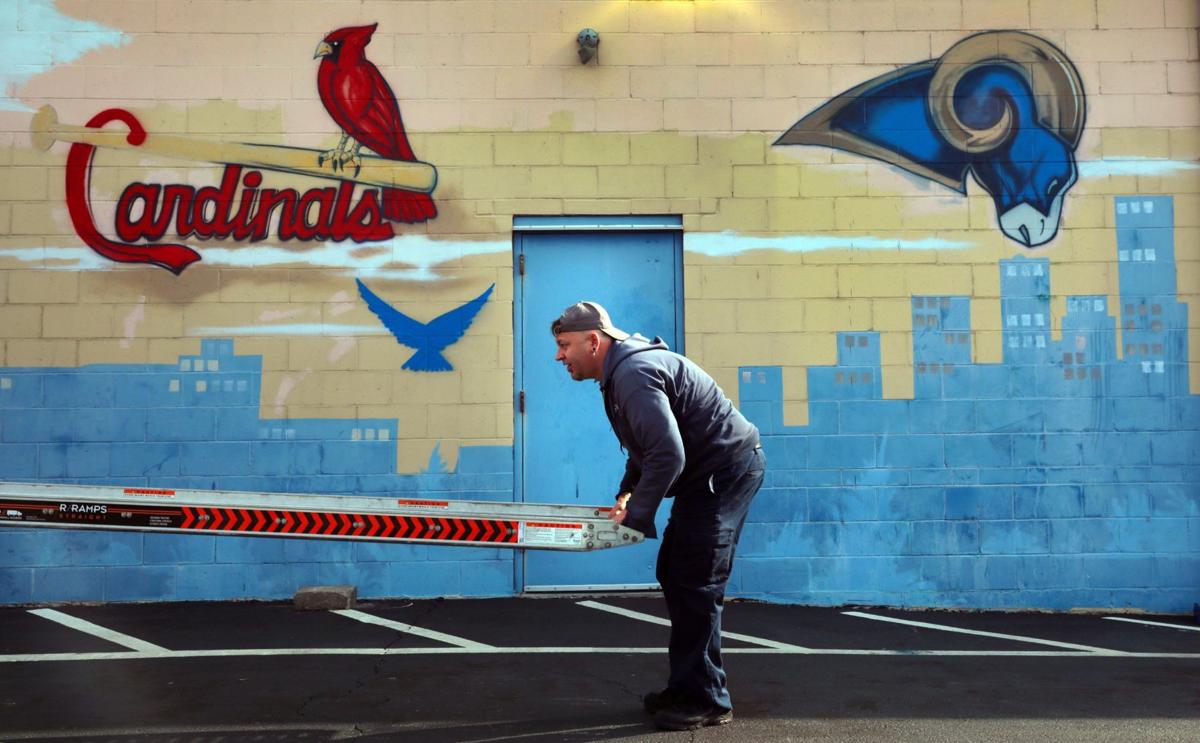 "The numbers are right, but I'd rather have a team," said Paul Thompson as he finishes a delivery of liquor at Salama's Food Mart north of downtown on Wednesday, Nov. 24, 2021. The delivery area of the store has a mural containing many St. Louis sports teams. Photo by Robert Cohen, rcohen@post-dispatch.com