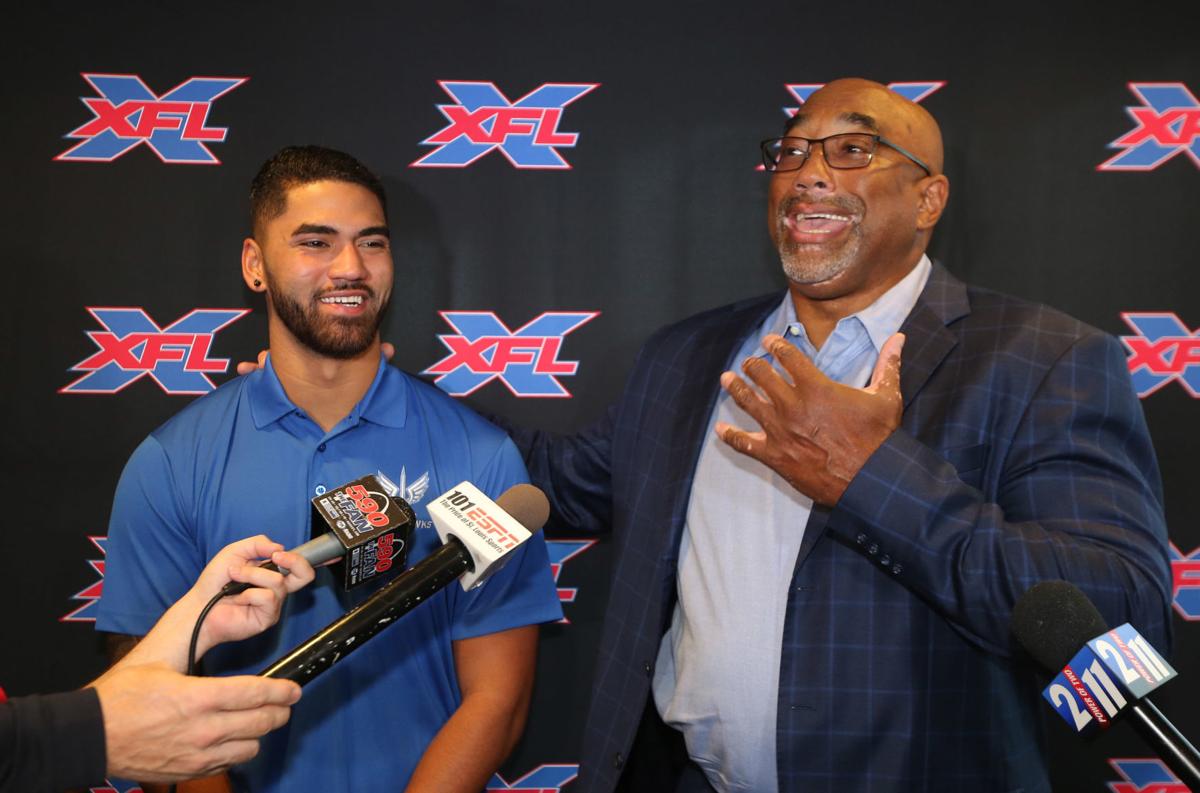 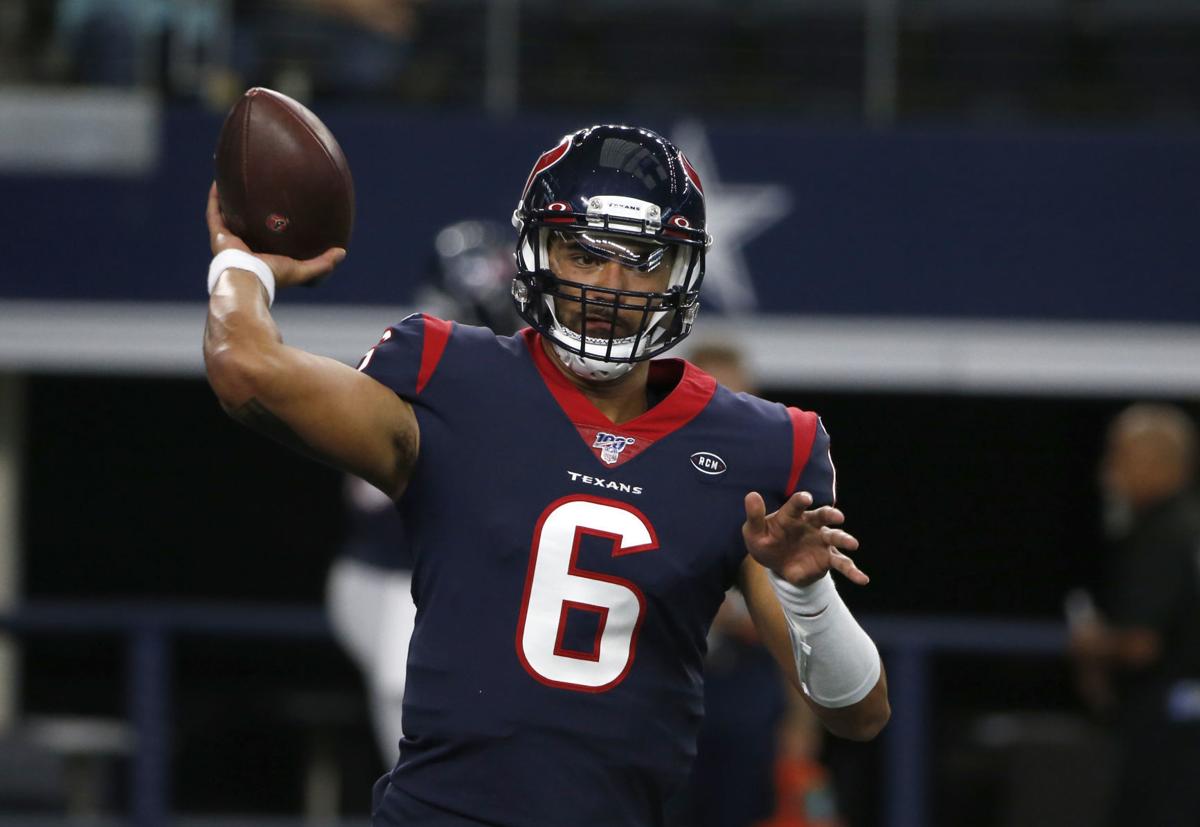 Jordan Ta'amu warms up before a Houston Texans preseason game on Aug. 24, 2019. Ta'amu spent the preseason with the Texans before being cut from the roster. (AP Photo) 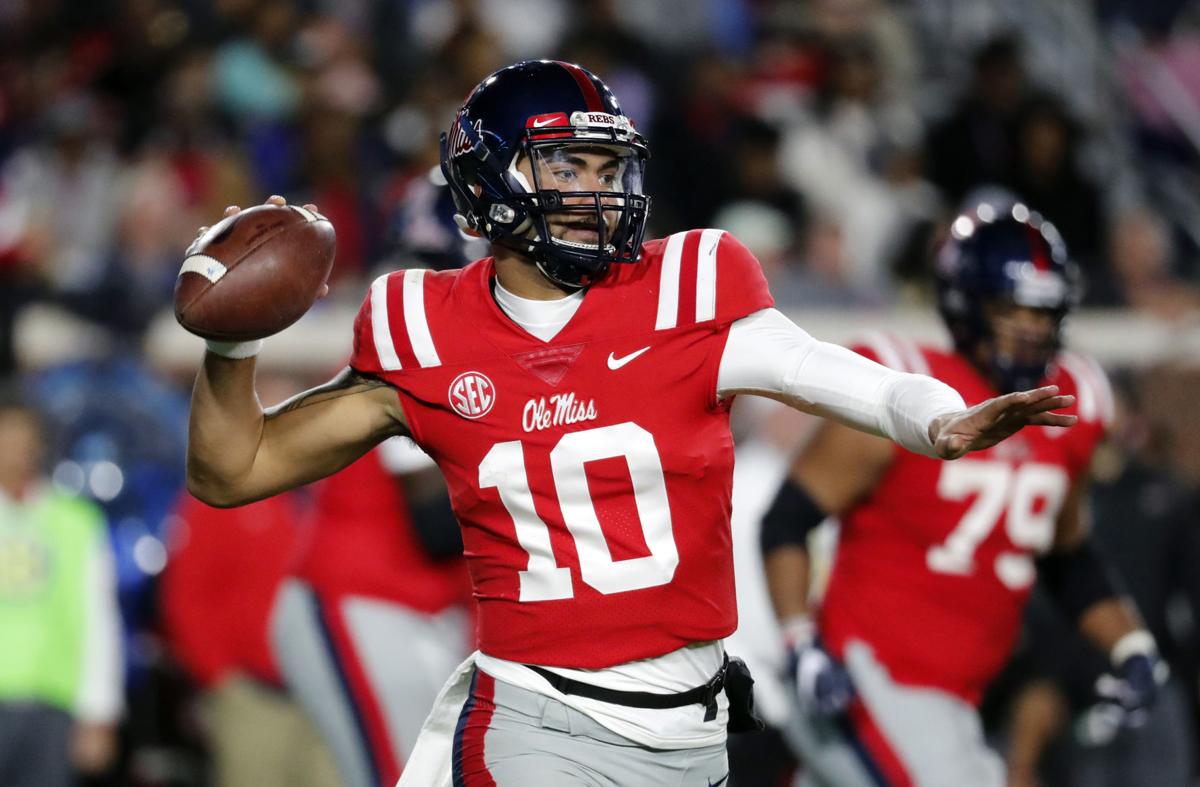 The St. Louis BattleHawks of the XFL have their quarterback: Jordan Ta'amu from the University of Mississippi.

Prior to the opening round of this version of the XFL Draft on Tuesday, the area's newest team introduced Ta'amu (pronounced tah-AH-moo) to the St. Louis media.

A native of Hawaii, the 21-year-old Ta'amu spent two seasons with the SEC's Rebels, playing in eight games and starting the final five in 2017 and spending the entire 2018 season as the team's starting QB. He threw for 1,682 yards and 11 TDs as a junior after taking over for injured Shea Patterson, who eventually transferred to Michigan.

Ta'amu broke the Ole Miss record for 400-yard passing games with four while leading the SEC in passing yards and total offense. He finished sixth all-time in Rebel history with 5,600 passing yards and ninth in career passing touchdowns.

He was undrafted but spent time in training camp this summer with the Houston Texans. In the preseason, he completed 7 of 12 passes (58.3 percent) for 50 yards with one interception and zero touchdowns. He ran the ball one time, gaining 6 yards.

Of the eight QBs assigned by the XFL before the draft, Ta'amu is the only one without any professional regular season experience.

The BattleHawks drafted two former Mizzou wide receivers in the early rounds: L'Damian Washington in the fourth and Marcus Lucas in the sixth.

Will the BattleHawks and XFL be revived?

Legal maneuvering reportedly being taken by Vince McMahon in effort to bring back the XFL, which already has made contact with St. Louis officials.

Alton casino, when it reopens, has some interesting prop bets on hometown heroes

Cardinals' Peterson to those who doubt him: "Wait and see"

Patrick Peterson is about six weeks shy of his 30th birthday. Judging by a modest decline over the past few seasons, it's easy to believe his best playing days are behind him.

Alton casino, when it reopens, has some interesting prop bets on hometown heroes

LOS ANGELES (AP) — It’s a way different kind of year, and so The ESPYs will be, too. For the first time, the show will feature three hosts in remote settings and a changed focus. Instead of honoring the past year's top athletes and moments in sports, the show is celebrating heroism and humanitarian aid.

NEW YORK (AP) — Offseason shopping is still in full swing in the NFL.

Jordan Ta'amu warms up before a Houston Texans preseason game on Aug. 24, 2019. Ta'amu spent the preseason with the Texans before being cut from the roster. (AP Photo)