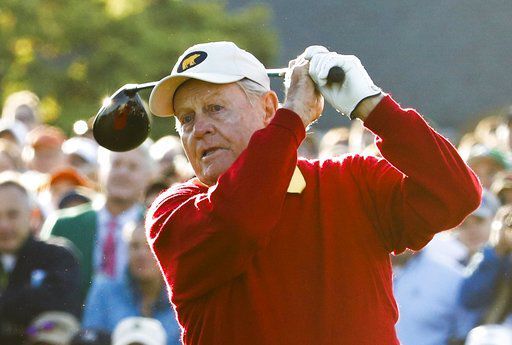 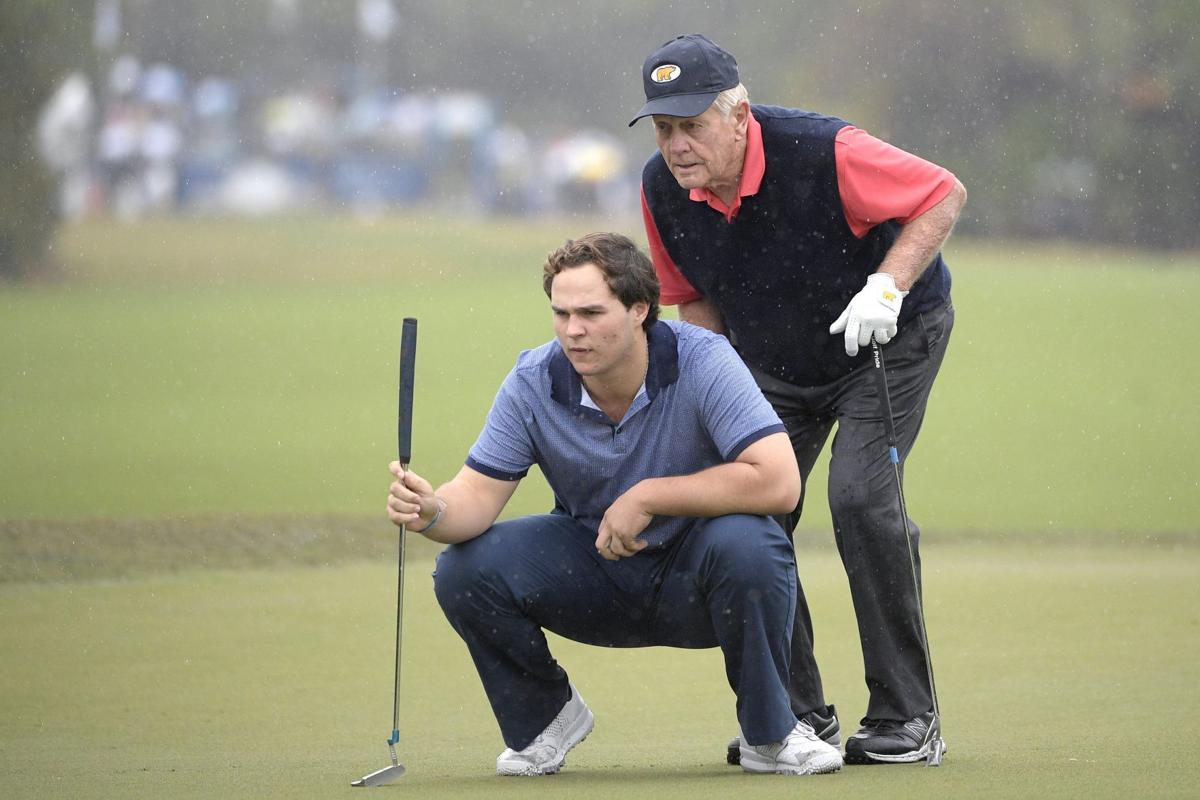 Jack Nicklaus, right, helps line up a putt on the first green for his grandson, GT Nicklaus, during the first round of the Father Son Challenge golf tournament Saturday, Dec. 15, 2018, in Orlando, Fla. (AP Photo/Phelan M. Ebenhack)

Jack Nicklaus heard that Tiger Woods was sending and responding to messages in the wake of his violent car accident, so he took a moment to send a text Sunday after the Arnold Palmer Invitational had been completed.

What followed between the two golfing icons was a simple exchange. It started with words of encouragement from the 81-year-old Nicklaus, who plans to dust off his game to play nine holes at an event associated with the Ascension Charity Classic at Norwood Hills Country Club from Sept. 6 to 12.

“I texted and said I hoped he was doing well, and he responded with a nice text and didn’t really say anything other than he’s got a long way to go,” Nicklaus said Tuesday. “He didn’t share anything. I think he wants to be private about that. I told him, ‘Golf needs you, Tiger. Once you get back on your feet, get back out here.’ He wants to get back out, but we’ll have to see.”

Nicklaus still has his finger on the pulse of the golf world, from closely following the PGA Tour to designing courses and raising money for charities and golf events, sometimes as an ambassador for the game.

Woods might be chasing Nicklaus’ records, but the man who won more major championships, 18, than anyone knows the value of someone like Woods.

Nicklaus has not slowed down a lot over the years, and he has agreed to be part of the festivities for the Ascension Charity Classic presented by Emerson, which is part of the PGA Tour Champions.

He will appear at a luncheon July 29 at Norwood Hills with Tom Watson to tell stories about his career and answer questions. He will return to play nine holes with Watson and two others at the Legends Charity Challenge on Sept. 11.

“I actually love it and I have a great time,” Nicklaus said of the events. “I can’t play golf worth two cents any more. I haven’t hit a golf ball in three months, so I don’t know what kind of shape my game is going to be in. But I enjoy talking with people and being around people I don’t know.”

Nicklaus rose to fame before today’s PGA Tour players were born, and in some cases before the players who will compete at September’s event were born. PGA Tour Champions players must be 50.

He played in several events in St. Louis during his heyday. His first appearance was at the 1960 U.S. Amateur. He went on to play professionally at the U.S. Open and PGA Championship at Bellerive Country Club and the Ryder Cup at Old Warson Country Club 50 years ago this September.

Nicklaus recounted his most memorable moment in St. Louis as being in the U.S. Amateur. He was the defending champion, and Phil Rodgers eagerly awaited a possible matchup with Nicklaus.

They did and Nicklaus defeated Rodgers 7 and 6. They went on to become close friends.

It has been 60 years since that tournament. Nicklaus has turned 81. He and wife, Barbara, have been married 60 years. They have been living in the same house in North Palm Beach, Florida. For 50 years.

He has five children and 22 grandkids. Along the way, between golf tournaments, he spent time throwing batting practice at Little League practices, throwing to receivers during youth football practices and working with the kids in other sports.

“I was involved as they grew up and were young enough to do that,” he said. “That was fun for me and far more important than playing in another golf tournament.”

He and Barbara also are actively involved in the Nicklaus Children’s Health Care Foundation. They both had COVID-19 last spring without having major symptoms and have received vaccines. He said most of his children have had COVID-19 as well as about two-thirds of his grandchildren.

Thus, the idea of participating in St. Louis and helping raise money for children’s organizations is important to Nicklaus.

“We’ve raised a lot of money for children and I’ve found that to be far more rewarding than any 4-foot putt I ever made,” he said.

Proceeds from the luncheon will benefit Marygrove, a residential treatment and support facility for children and teens; the Urban League of Metropolitan St. Louis and Boys & Girls Clubs of St. Louis. To inquire about tickets for the luncheon at Norwood Hills, call 314-938-2828.

Jack Nicklaus, right, helps line up a putt on the first green for his grandson, GT Nicklaus, during the first round of the Father Son Challenge golf tournament Saturday, Dec. 15, 2018, in Orlando, Fla. (AP Photo/Phelan M. Ebenhack)