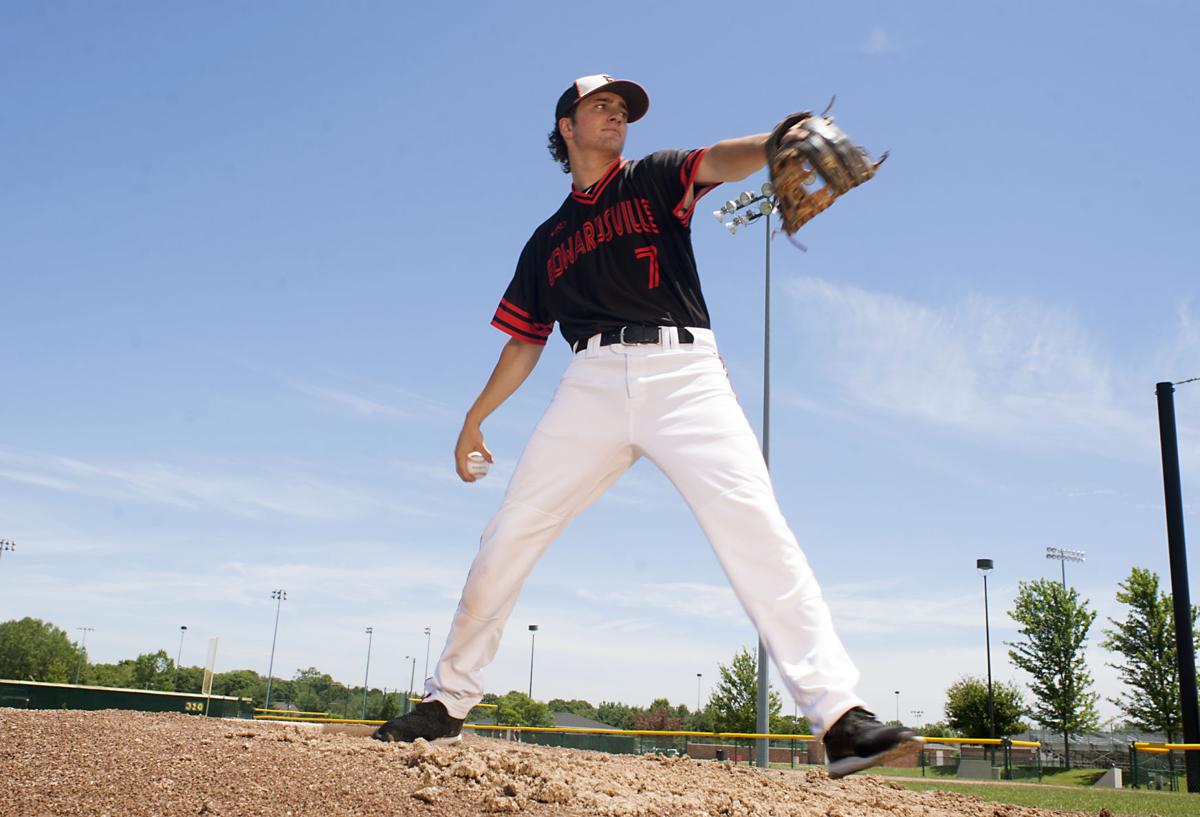 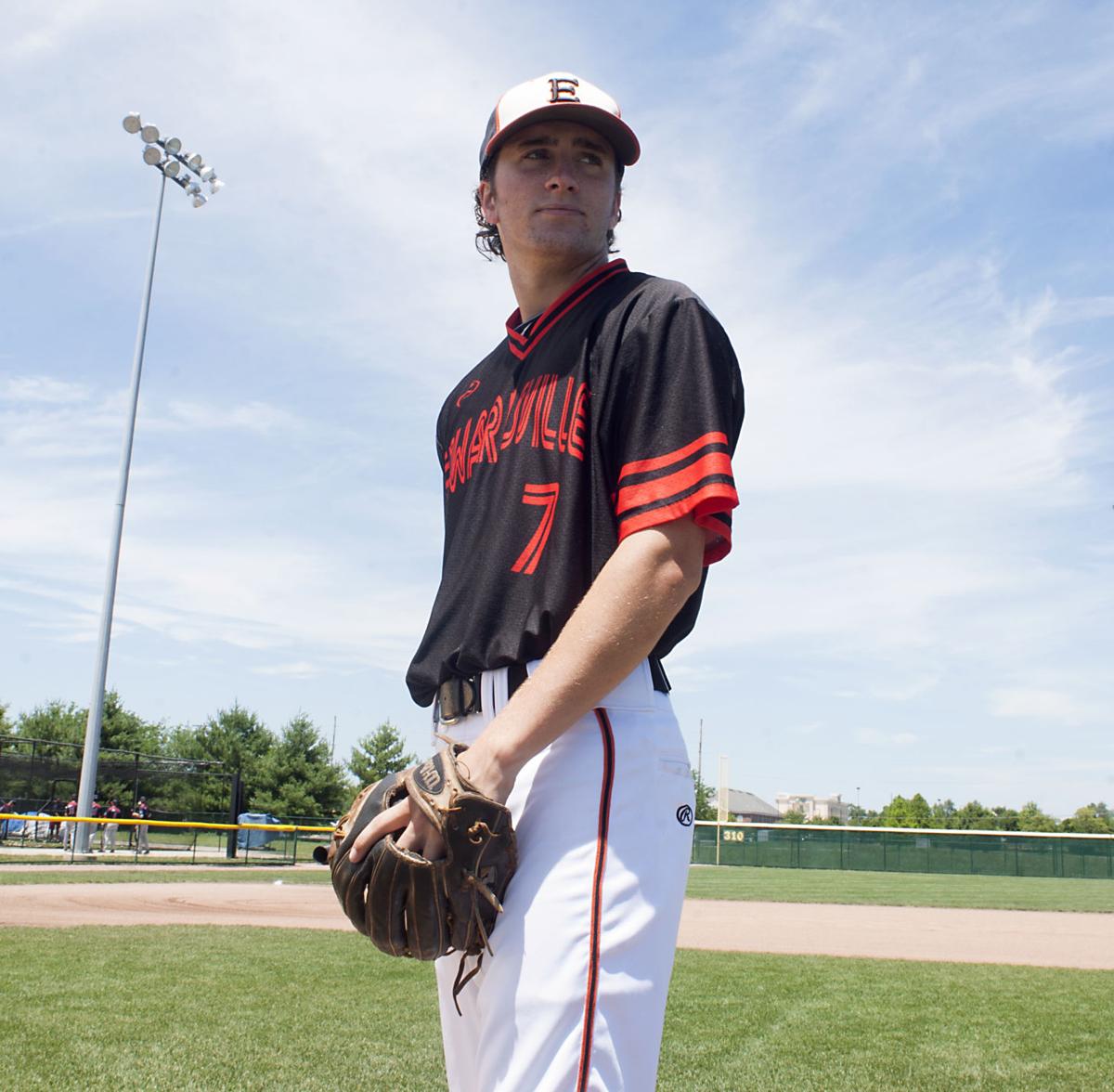 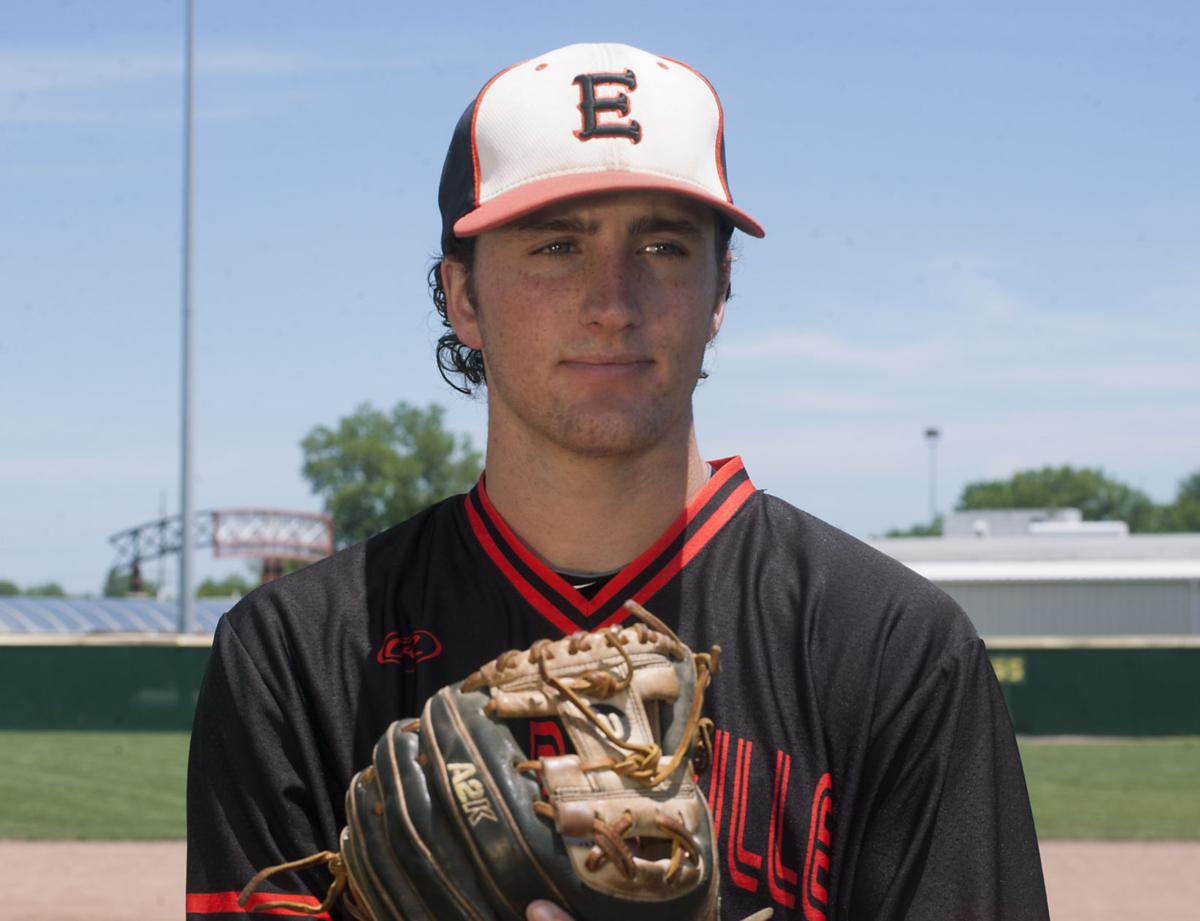 Kade Burns remained calm, cool and collected. The Edwardsville High senior right-hander was not about to get rattled.

In a Class 4A super-sectional game, the Carl Sandburg hitters called timeout on a regular basis to throw off his rhythm.

They squared up more balls and got more hits than he'd given up all year.

It didn't shake him.

The fans jeered and booed him to try and get under his skin.

"He's just so even-keeled," Edwardsville coach Tim Funkhouser said. "One of the things we talk about is competing and staying in that green zone where you don't have anything distracting you and not feeling more pressure or feeling frustrated. He's always had that presence of the calm demeanor."

Burns, the Post-Dispatch All-Metro baseball pitcher of the year, picked up his third win of the postseason in that super-sectional game to lead the Tigers into the state tournament for the first time since 2007.

"It's an honor," Burns said. "I wouldn't have been able to do it if I didn't even get the chance to pitch this year. Coach Funkhouser gave me the opportunity and I went full bore with it."

Burns focused on playing the infield during his sophomore and junior seasons as the Tigers relied on standouts Tyler Hosto and Jake Garella to throw the bulk of the innings.

But once the pair graduated, Burns finally got the opportunity he had been waiting for.

"I mentioned to (Mike Waldo), our pitching coach, when he came out of basketball, I said 'Burns is really going to help us out,' " Funkhouser said. "We were able to see it and he took us on a ride of a lifetime. My joke with him was that he was going to get me fired for not throwing him his sophomore and junior years."

Burns led the Edwardsville staff with a 10-2 record and 1.77 ERA. He struck out 98 batters, which was good for fifth on the Tigers' all-time single season strikeout list. Opponents batted just .135 against him in 75 innings.

In the postseason, he kicked his game into another gear.

"For him to do what he did against Alton, O'Fallon and then Carl Sandburg and to compete in the state championship game, we asked a lot out of him and he always responded," Funkhouser said.

Burns went 3-1 in the playoffs with 26 strikeouts.

The University of Central Missouri commit, who led the Tigers to a second-place finish at state, likely will spend more time playing the infield in college although he is expected to get his share of innings on the mound, as well.

His cool, almost icy, demeanor on the hill was one of the keys to his success.

"Coach Mike Waldo is kind of always on guys to keep their composure on the mound," Burns said. "I think I'm a level-headed, mentality strong baseball player. I feel like it helps me a lot pitching because I don't let that stuff affect me and that's probably led to a lot of success."

Burns admitted he had some nerves heading into the super-sectional game against Sandburg.

"He had given up a couple runs and the game was in flux, the crowd was harassing him, but he went back out there and finished off the game," Funkhouser said.

Now that he's moving on to college, Burns holds one memory a little higher than the others from this season.

Burns will never forget his senior campaign or the camaraderie he formed with his teammates.

"We bonded together as a team and that's the reason why we were able to make it that far," Burns said. "We stuck together."

All-Metro baseball player of the year: Stewart leaves mark at Westminster before playing at next level