The first involves a ball, a rim and — more often than not — an opponent scrambling out of the way to avoid being put on a highlight tape that will live forever on the internet.

The second is more personal. Reed is usually on his own, in a quiet mental space as his fingers deftly move up and down his baritone saxophone. When Reed wants to get away from the grind of life, his woodwind takes him where he wants to go.

A junior center for the Chaminade basketball team, Reed wasn’t half bad on the court this winter, either. The 6-foot-10 and 235-pound powerhouse averaged 21.8 points, 11.5 rebounds, 1.4 assists and 2.6 blocks per game. He was the anchor as Chaminade went 22-2 and made its seventh state semifinal appearance in school history and its sixth in the last seven years as it finished third in Class 6.

Of that nearly 70 feet of hoopers, only Reed and Woods have been selected as the All-Metro player of the year.

Not bad for a guy who only decided that basketball was something he was willing to pour himself into as a freshman.

“It took a while to realize that,” he said. “I was out there to play, having fun. Freshman year at Chaminade helped me change my mindset. Lo and behold I’m in this position today.”

It might seem a little late that a kid who's towered over his teachers since middle school decided basketball was his calling at 14, but Reed's athletic background is diverse. He did a little bit of everything growing up.

“My whole family is into track,” he said.

Reed ran for the St. Louis Express and Ultimate Speed Academy club teams. There were times during the meets Reed would stride his way to the starting blocks and make the competition wonder if they were in the wrong heat.

There was a time when Reed entertained football dreams. He played it in elementary school, stepped away then came back to it in eighth grade. Most of the time he was at defensive end, but he did dabble at running back.

His return to the gridiron was short lived, however.

“I broke my wrist in my first game in eighth grade,” Reed said. “I haven’t played it since.”

It was near the end of that transformative freshman season that Reed got a baptism that has stuck with him. In mid-February that year Chaminade traveled to Belleville West, where EJ Liddell, at the peak of his powers as a senior, was waiting to share of the knowledge he’d acquired in his time on the varsity.

Only Liddell didn’t pull the young fella off to the side and have a conversation (that would come later). That night, Liddell went to work and Reed was at his mercy.

“Of course he tortured me and put me in my place,” Reed said with a laugh. “(After) that season I was able to work out with him and (Chaminade alum) Tyler Cook.”

Reed picked up valuable insights into how Liddell, Cook and other area standouts go about their business. At that time Reed was already working with a strong skill set. He said Mike Cross, a former youth coach with the St. Louis Knights club team and an assistant coach at CBC, was instrumental in developing his all-around game as a young player.

“I was a big kid that didn’t know how to dribble,” Reed said. “I was working on ball handling and at the time I hated it. I didn’t think it was necessary. It’s helped me a lot.”

With that skill base, a growing body and the desire to be great, Reed began the process of becoming the best version of himself. He’s a load under the basket where his size and strength allow him to establish his position. He’s an adept passer who’s so willing to share the ball that his teammates and Chaminade coach Frank Bennett have implored him to be more aggressive.

Reed has polished his offensive skillset to the point that stopping him wasn’t an option. No opponent held him to single digits this season. He scored 20 or more points in 12 of Chaminade’s final 14 games and put up 25 or more in the last four games against the best the state had to offer.

"What makes preparing for Reed difficult is his skill and patience when he has with the ball in his hands," Kickapoo coach Mitch McHenry said in an email. "A lot of big guys you can either sit on one or two post moves. Sometimes you can naturalize a big by doubling or preventing the ball from getting into the post. With Tarris he has a wide range of moves he is confident in. His ball handling skills allow him to beat a double or still be efficient on catches 12 feet or more from the basket; therefore he is more unpredictable where his catches are going to come from and what moves he is going to turn to."

If Reed does get position under the basket, you can’t hack him in the hopes that he’ll miss his free throws. Reed knocked down 70.6 percent of his team-high 136 free-throw attempts this season.

“It’s really good, especially in late-game situations,” Bennett said. “You punch it inside and he’s more than likely going to get us a good shot. We’ll take our chances.”

Arkansas, Butler, Dayton, Iowa State, Kansas, Michigan and Purdue have expressed interest in Reed but have yet to go so far as offering him a scholarship.

Reed is the top-rated recruit in Missouri in his class by 247sports and ESPN. Rivals ranks him as the No. 83 overall recruit in the country.

He spent the winter watching how the schools that offered him use similar players in their programs. He has three principles he’ll use to determine which college program lands him. Academics are first and foremost; Reed said he’s considering pursuing a marketing degree. The coach and his style are second.

“I want a coach that will work with me and push me to the next level,” he said.

Third is the facilities where he’ll actually spend most of his time on campus. He wants an environment that’s welcoming to his family and feels familiar.

Reed’s options are sure to grow. He’ll play for MoKan in the Elite Youth Basketball League in the offseason. A Kansas City-based program, MoKan won the prestigious Peach Jam in 2019. The signature event of the summer basketball season, the Peach Jam and the EYBL season that precedes it were canceled by the coronavirus pandemic in 2020.

Reed will spend the spring and summer continuing to develop and grow his game in order to achieve his personal goals. Every day he walks into Chaminade’s gym he sees the banners on the walls that commemorate the achievements of Lee, Beal and Tatum. There are two championship banners hanging in the Athletitron, too.

“I can see myself being immortalized in the rafters one day,” Reed said.

So can Bennett, who played with Lee and coached Tatum. Reed is on the path to becoming the next great Red Devil.

“He’s going to put himself in some rare air space,” Bennett said. “We’ve been blessed to have a lot of talented players, he’s the cream of the crop.”

The All-Metro player of the year, the 6-foot-10 Reed averaged 21.5 points, 11.5 rebounds and 2.6 blocks per game as he led the Red Devils to a third-place finish in Class 6 and back-to-back state semifinals. Named the Class 6 player of the year by the Missouri Basketball Coaches Association. The Metro Catholic Conference player of the year. A third-team All-Metro selection as a sophomore.

The 6-foot-3 Fleming held the Lions together as they won the Class 5 state championship a year after winning the Class 3 state championship. He averaged 19.3 point, 4.4 rebounds and 1.2 steals per game and hit nearly 34 percent of his 3-point attempts. Named the Class 5 player of the year by the Missouri Basketball Coaches Association. A third-team All-Metro selection as a junior.

The 6-foot-6 Kern did a little bit of everything for the Wolverines as they won their fifth state championship in seven seasons and made their third consecutive state semifinal. Averaged 18.1 points, 8.5 rebounds, 1.5 assists, 1.5 steals and 1.6 blocks per game. Named the Class 4 player of the year by the Missouri Basketball Coaches Association. Signed with Virginia Commonwealth University.

The 6-foot-7 Lee was the main engine who powered the Panthers to the program’s first state semifinal appearance and fourth-place finish in Class 6. Lee averaged 19.5 points, 6.2 rebounds, 3.4 assists and more than a steal per game. A Class 6 all-state selection by the Missouri Basketball Coaches Association.

The 6-foot-5 Thames erupted on the scene this winter with a game that helped lift the Pirates to one of the best seasons in school history. Averaged 19.2 points, 7.5 rebounds, 5.6 assists, 2.6 steals and nearly a block per game. A Class 6 all-state selection by the Missouri Basketball Coaches Association. Named the Suburban Conference Red Pool player of the year.

The anchor to the Lions’ resurgence as one of the area’s top teams this winter. The 6-foot-7 Hampton averaged 19 points, 6.9 rebounds, 1.4 assists, 1.7 steals and nearly a block per game. Named to the Class 5 all-state team by the Missouri Basketball Coaches Association.

Among the area’s top point guards, the 5-foot-10 Martin was the best offensive player for the Cadets. Averaged 17.1 points, 2.1 rebounds, 4.9 assists and 1.8 steals while playing at a lightning-fast pace. Scored a career-high 33 points in narrow loss to Chaminade in the district final. A Metro Catholic Conference first-team selection.

Among the most versatile players in the area, the 6-foot-2 Mayo can affect the game in any number of ways. Averaged 13.3 points, 5.4 rebounds, 4.6 assists, 1.4 steals and more than a block per game. Buried one of the most remarkable shots in the area in recent memory to beat CBC in the district championship game. A Metro Catholic Conference first-team selection.

Only got to play 14 games this winter but made the most of them. The 6-foot-2 Shanklin averaged an area-best 24.4 points per game to go along with 3.5 rebounds, 2.7 assists and 2.1 steals. A Class 5 all-state selection by the Missouri Coaches Association.

The most dynamic player in the Metro East’s abbreviated season. The 6-foot-2 guard averaged 15 points, 5.7 rebounds, 3.8 assists and 2.2 steals per game as the Lancers were the best team in the Southwestern Conference’s regular season.

A 6-foot-6 swingman, Lawson did a little bit of everything as the Lancers made their first state semifinal appearance in 47 years. Averaged 20.1 points, 8.1 rebounds, 1.7 assists, 1.2 steals and more than a block per game. A Class 5 all-state selection by the Missouri Basketball Coaches Association.

The 6-foot-9 Wilmsen was dominant all season as he averaged 23.3 points, 11.7 rebounds, 1.2 assists and 1.5 blocks per game. Scored a career high 47 against Fort Zumwalt East. The Metro League player of the year. A Class 4 all-state selection by the Missouri Basketball Coaches Association. 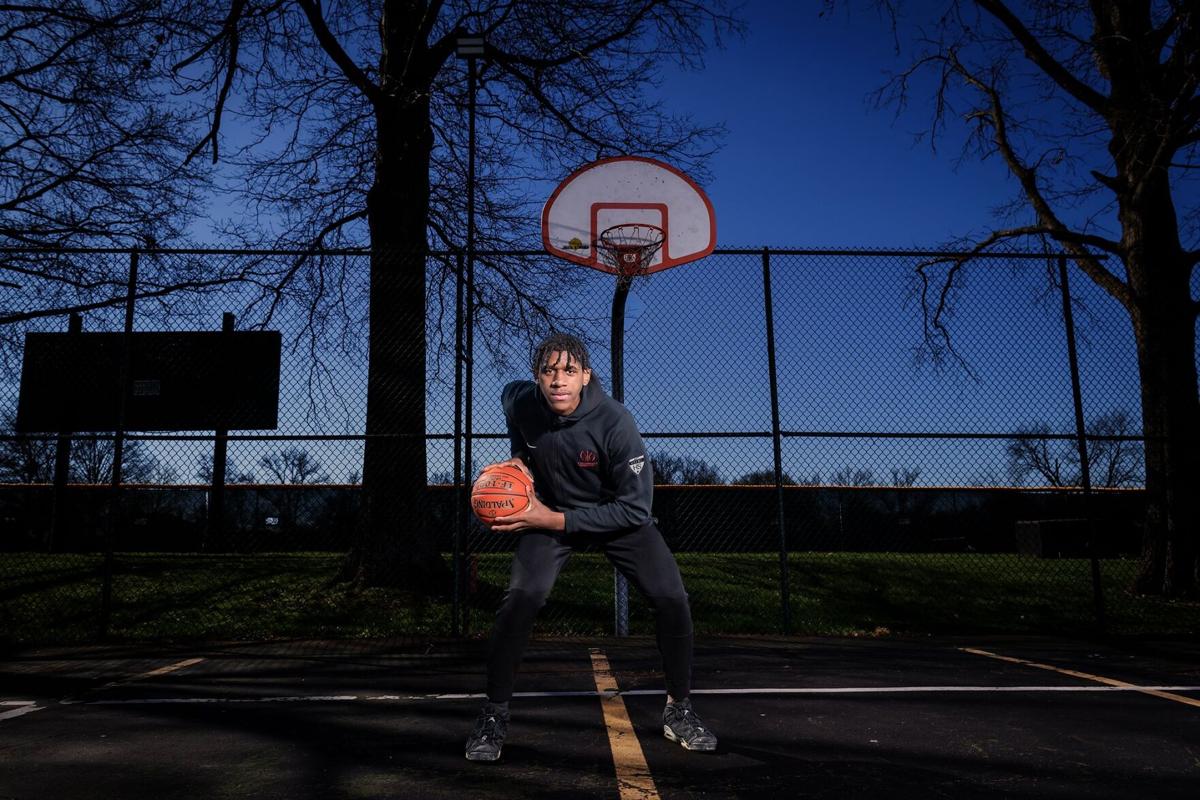 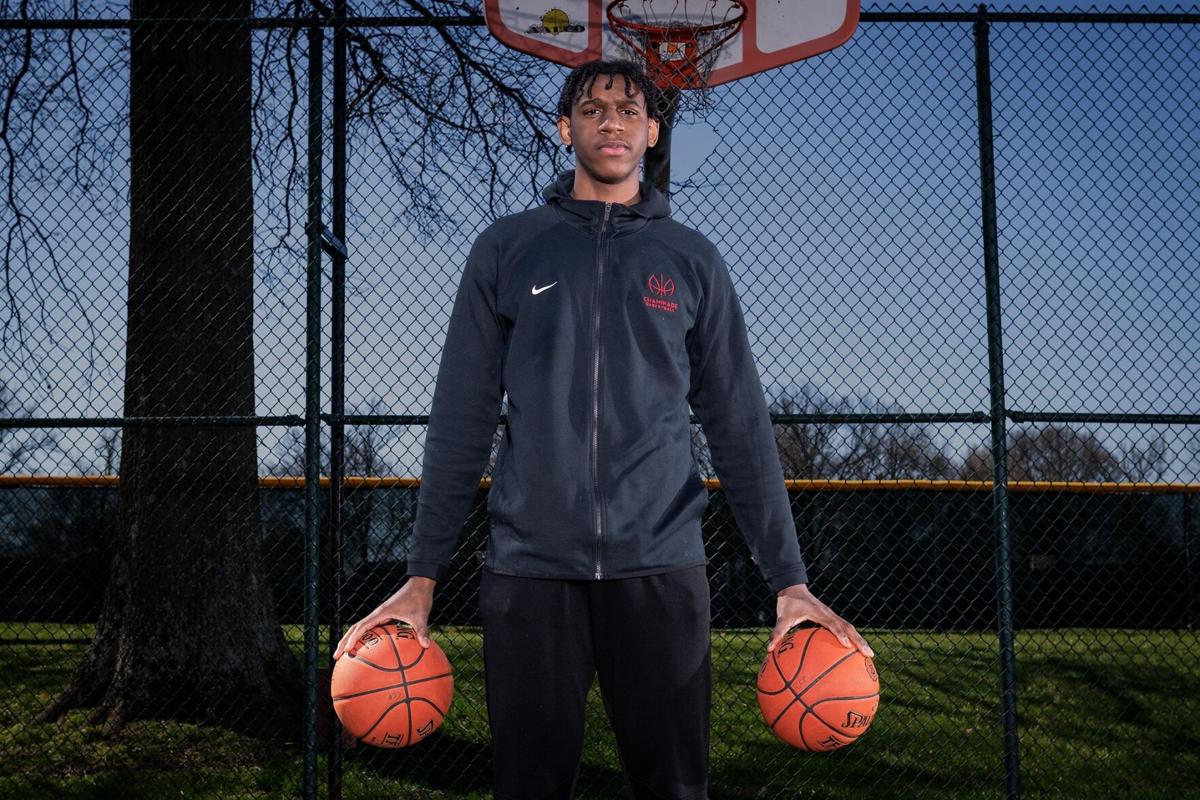 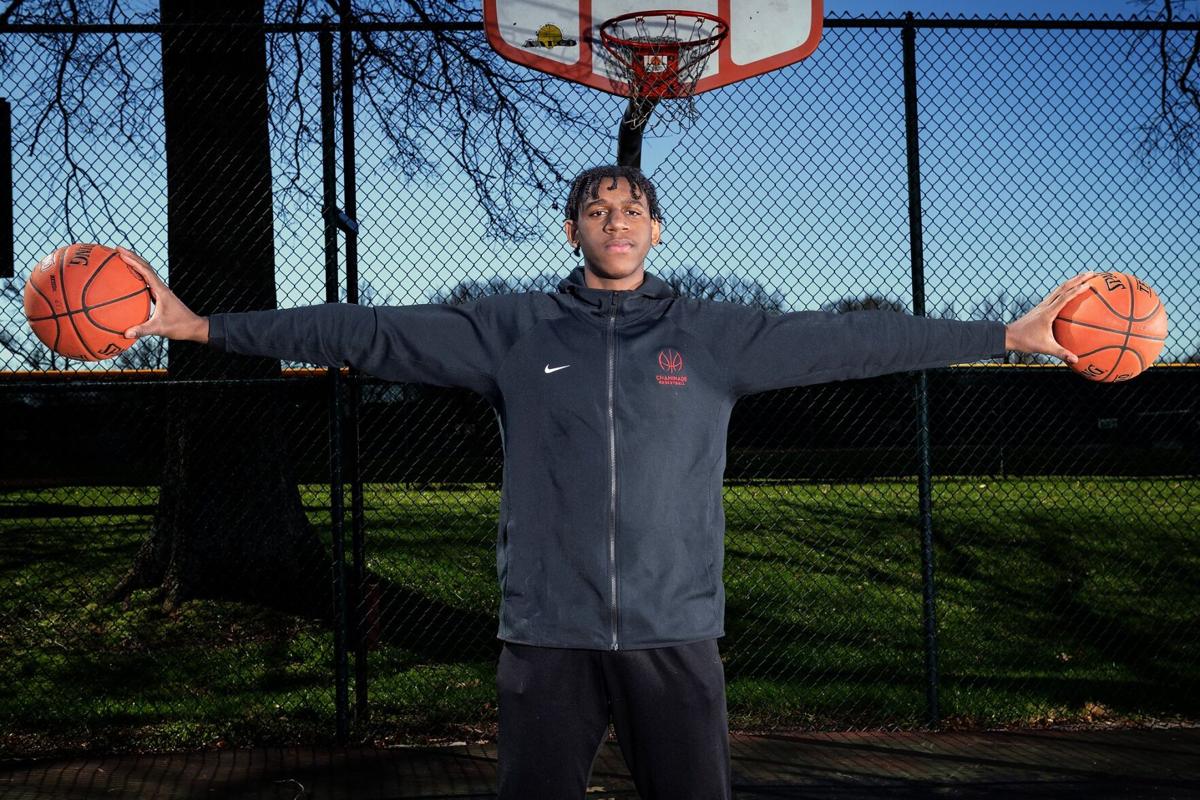