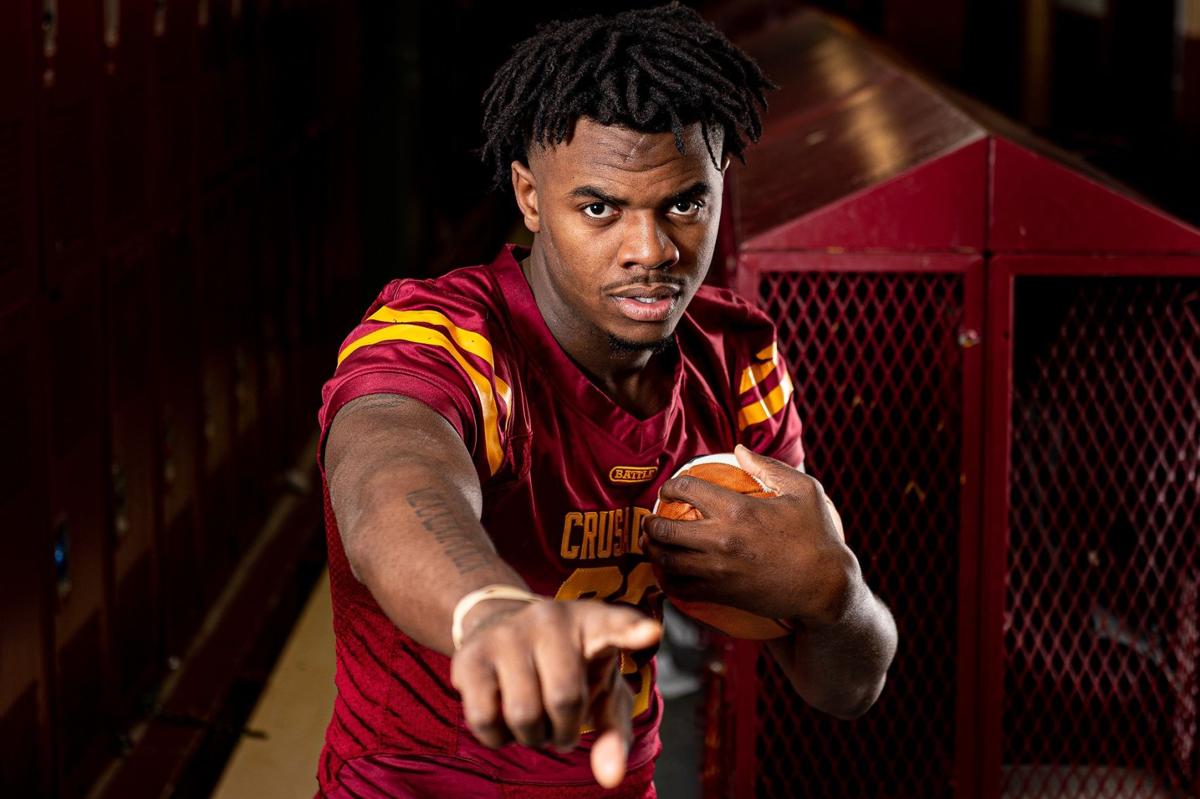 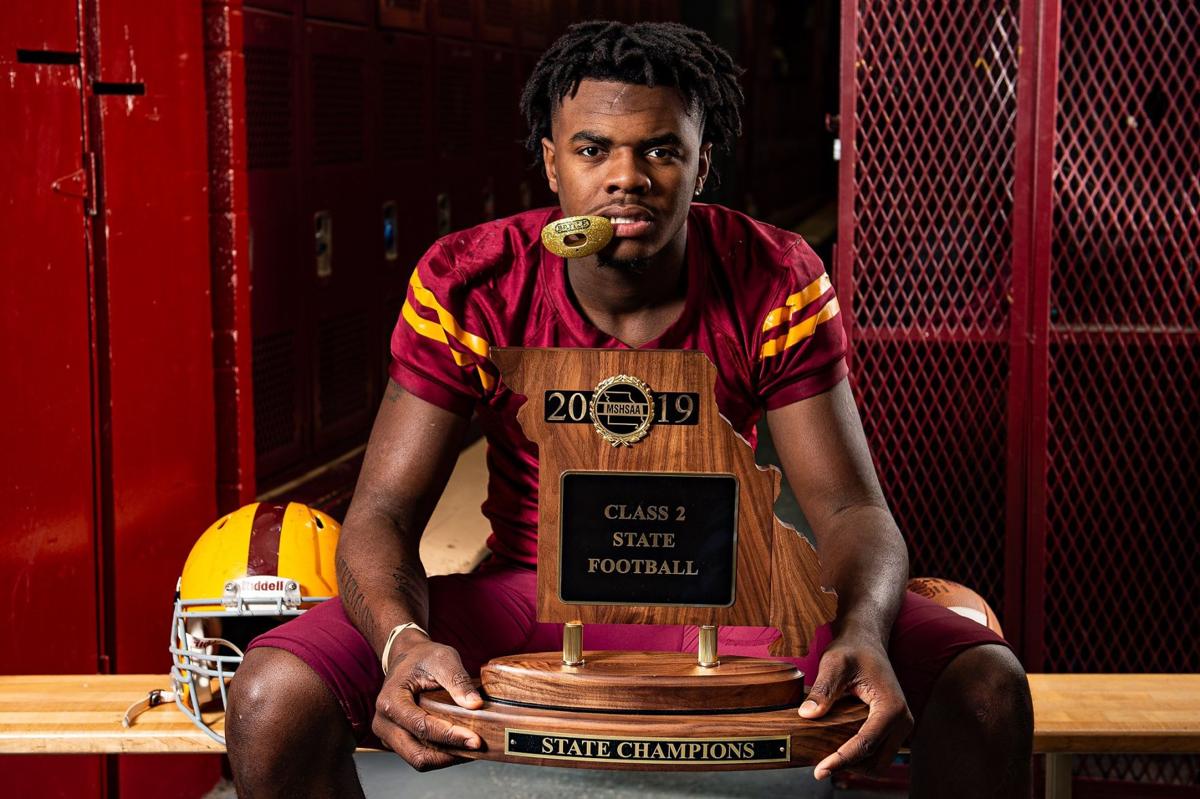 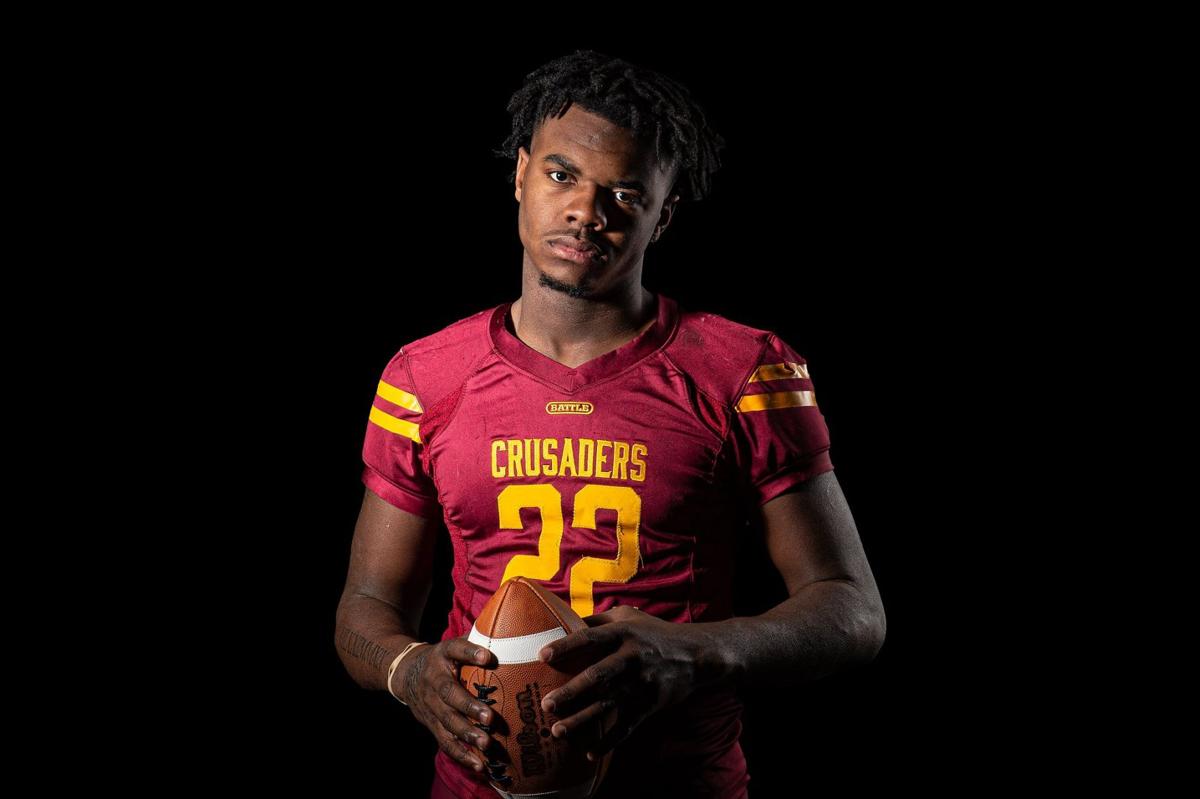 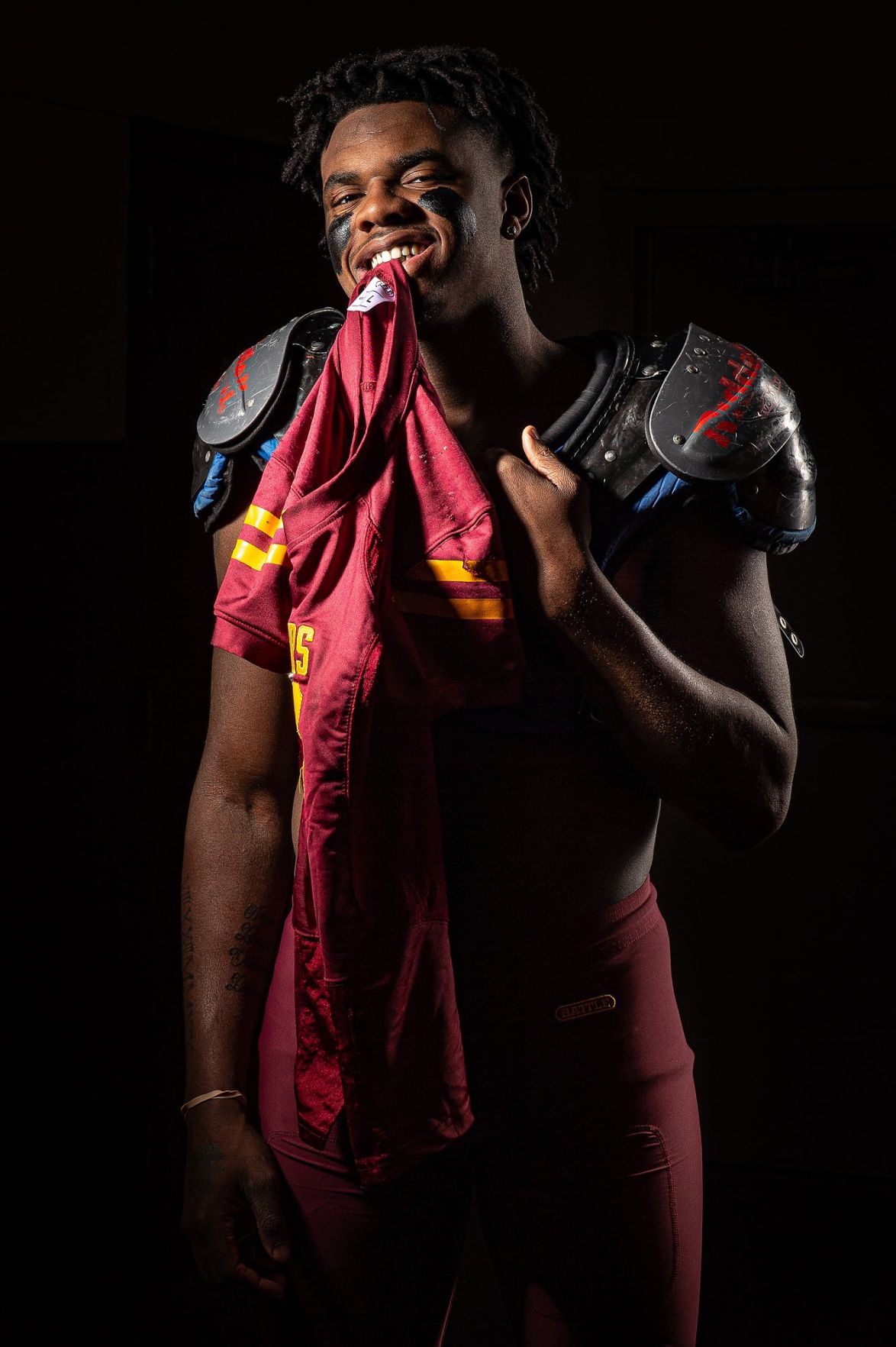 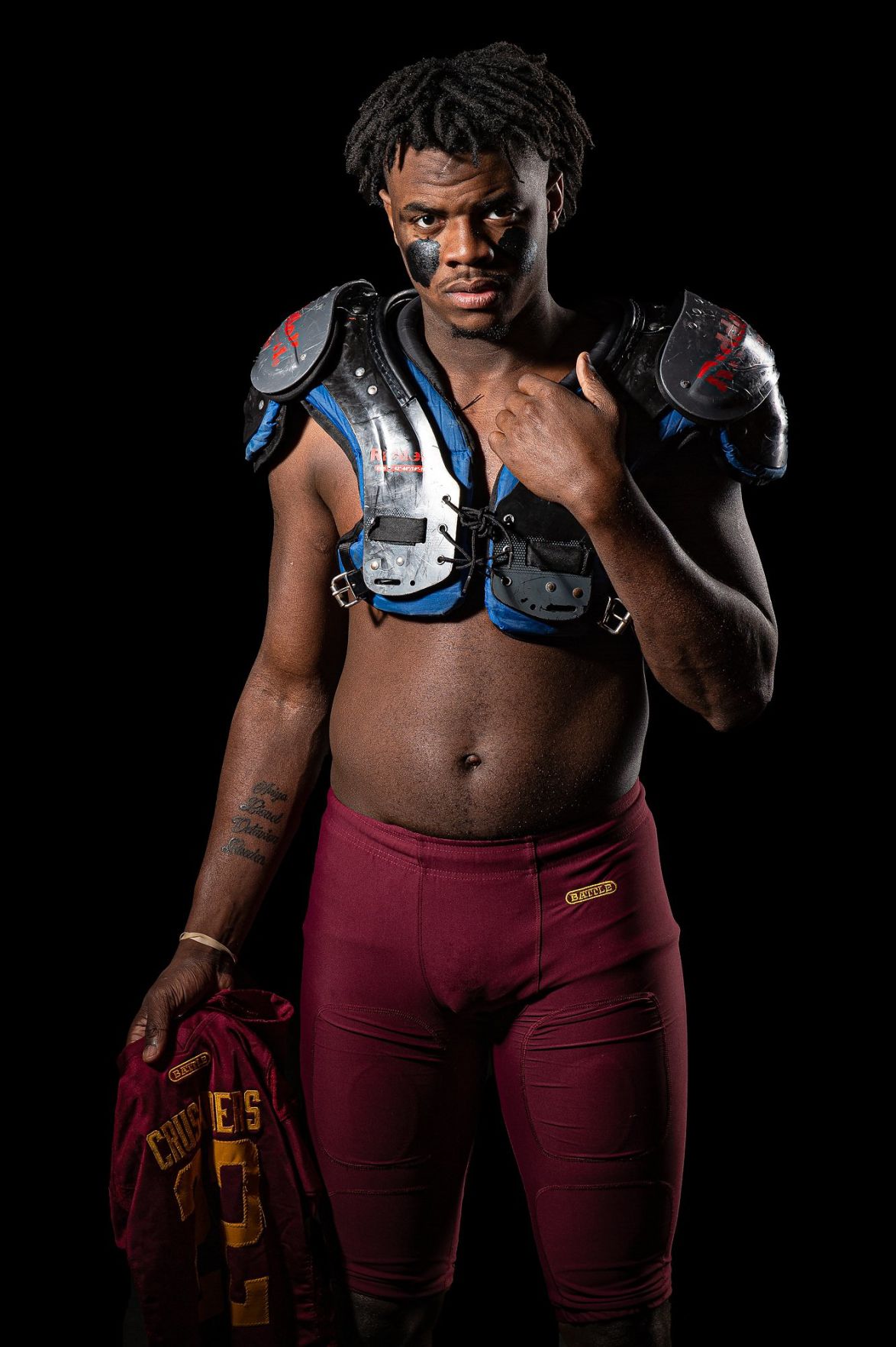 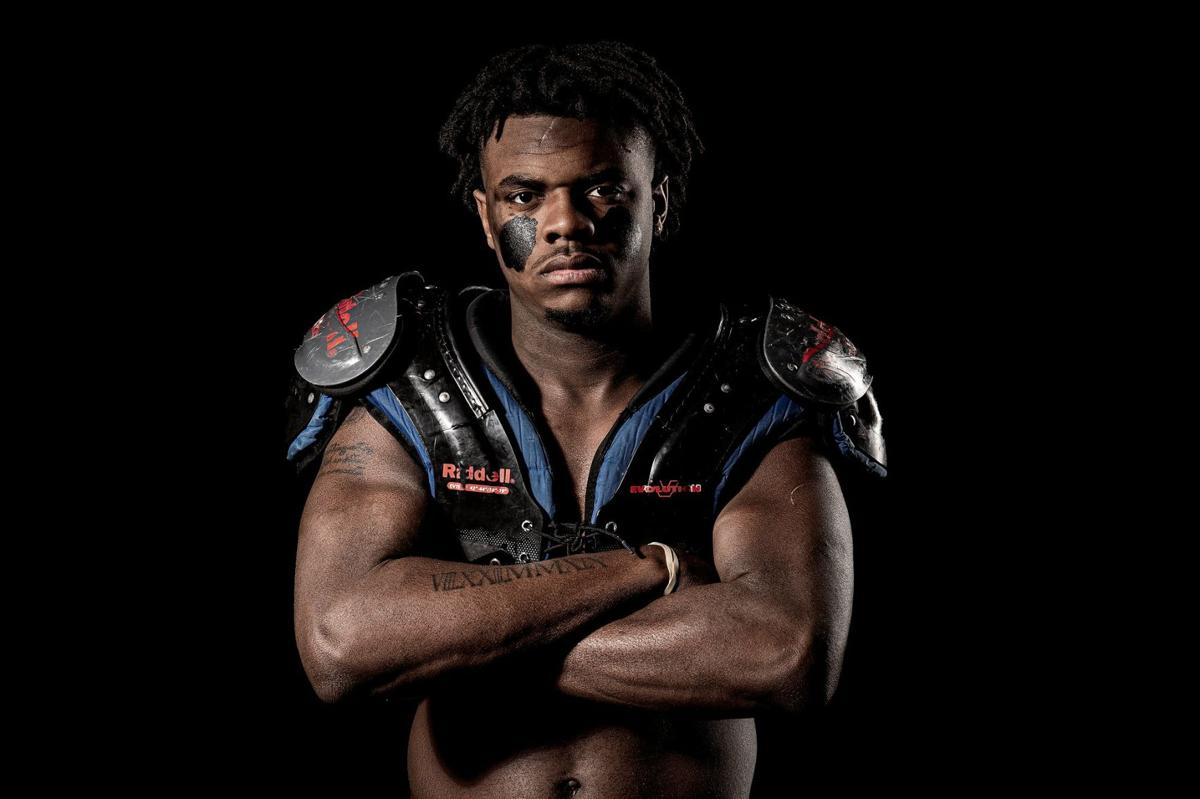 Antonio Doyle was the cock of the walk.

Crusaders coach Carl Reed shut everything down and had his players line up to run hills. Doyle joined his teammates and they began the grueling task at hand. As they went up and down, Reed only grew more incensed.

Doyle was going through the motions. Reed's rage bubbled over.

Reed told Doyle to get his stuff and get lost. Practice was over for him that day and for as many days as it would take for Doyle to appreciate the opportunity that was in front of him.

“At first I didn't,” Doyle said. “Being the best player and coach sends you home, I'm like, 'I'm not going home. That doesn't make sense.' He was serious.”

Doyle's banishment lasted a week. During that time he said he worked on some online classes. He reflected on what he was doing wrong and what he needed to do to make it right.

“It makes you feel like you're not really worth much,” Doyle said. “It's the summer time, I'm supposed to be at practice. It makes you really think, 'I need to fix myself.' ”

Reed summoned Doyle back to school for a meeting, where they hashed out the situation. The 6-foot-4 and 230-pound Doyle is regarded as one of the top college prospects in the nation. He signed with Texas A&M on Dec. 18 after receiving more than 30 scholarship offers. Reed needed him to put all that aside and be one of the best senior leaders in Lutheran North's locker room.

“When you're part of a team you have to realize how much of yours is ours,” Reed said. “That's not just about you. It can't be Antonio Doyle and the Crusaders. It's the Crusaders. You have to be a part of that.”

Doyle accepted the challenge, found his footing and led Lutheran North to the first undefeated season in school history and a Class 2 state championship. It was the sixth state title for Crusaders and the first since 1999.

Doyle is the Post-Dispatch All-Metro football defensive player of the year. He is the second Crusader in the last three years to earn the honor, joining Ronnie Perkins, who won it in 2017.

The No. 1 small school in the STLhighschoolsports.com rankings, Lutheran North beat Ava 49-0 in the state title game. The Crusaders (14-0) held the Bears to 66 yards rushing. Ava attempted two passes and didn't complete either. Doyle had nine tackles and two sacks. He finished the season with 73 tackles, 12 tackles for loss and three sacks in 11 games.

He had to sit out the first three games of the season after transferring back to Lutheran North from Hazelwood West as a junior. It was the first time in a decade Doyle went a year without playing football. When Reed sent him home the first day of his senior season, it drove home how easily the game he loved could be taken away.

Doyle was finally unleashed Sept. 27 against Lutheran South. He made nine tackles as the Crusaders cruised to a 90-8 win. The defense didn't give up any points that game. The Lancers returned a kickoff for a touchdown and scored a safety. It was a preview of what was to come from Lutheran North's fully loaded lineup.

Lutheran North played six postseason games and posted four shutouts. But one of those was not like the others. The Crusaders had to battle for four quarters to eke out a 6-0 win over Lift For Life in their district championship game.

“It made us understand never get comfortable,” Doyle said. “It came down to who really wanted it. Everything you say you want is right in front of you. Are you going to go get it or are you going to let it pass you? We had to wake up and understand if we want it we have to go get it. It's never going to come easy.”

In the past, football came easy to Doyle. His size, speed and a nearly 7-foot wingspan make him a force on the field. Reed said the biggest strides Doyle made this season came in his mental preparation and comprehension of the Crusaders' defensive schemes.

“He had to step up and understand how important it was to be able to know what you're doing,” Reed said. “You can't just go out there and play. You have to be locked in on your assignment and understanding. The game he played in the state championship was the culmination of that. When he's really locked in on his assignment and doing what he does, he's tough to beat.”

Doyle found one of the best ways to lead on the field was to handle his business off it.

“Be in class on time. Stop getting detentions. Tuck in your shirt. Listen to your teachers. Ask for help,” Doyle said. “We worked on so much outside the field that when (Reed) said run down and touch the line with your left foot and turn around, it made sense. Every time we did it we knew we were touching with our left foot so he didn't have to tell us again. You get so used to being disciplined it was normal.”

Doyle's physical gifts will give him the opportunity to earn playing time at Texas A&M in a hurry. His versatility gives Aggies coach Jimbo Fisher several options to get him on the field. Doyle doesn't care where he plays or what his role is. In the moments after Lutheran North won the championship, Doyle dropped to his knee and said a prayer. He'd wanted a championship his whole life and it felt better than he imagined. Now he's on a quest to feel that way again.

“I was just thankful. I'm not really satisfied. I'm not going to be satisfied for a long time,” Doyle said. “I want to go win more. I want to be a champion again. I want to be remembered forever.”

East St. Louis junior quarterback Tyler Macon had a record-setting season while leading the Flyers to their ninth state championship.