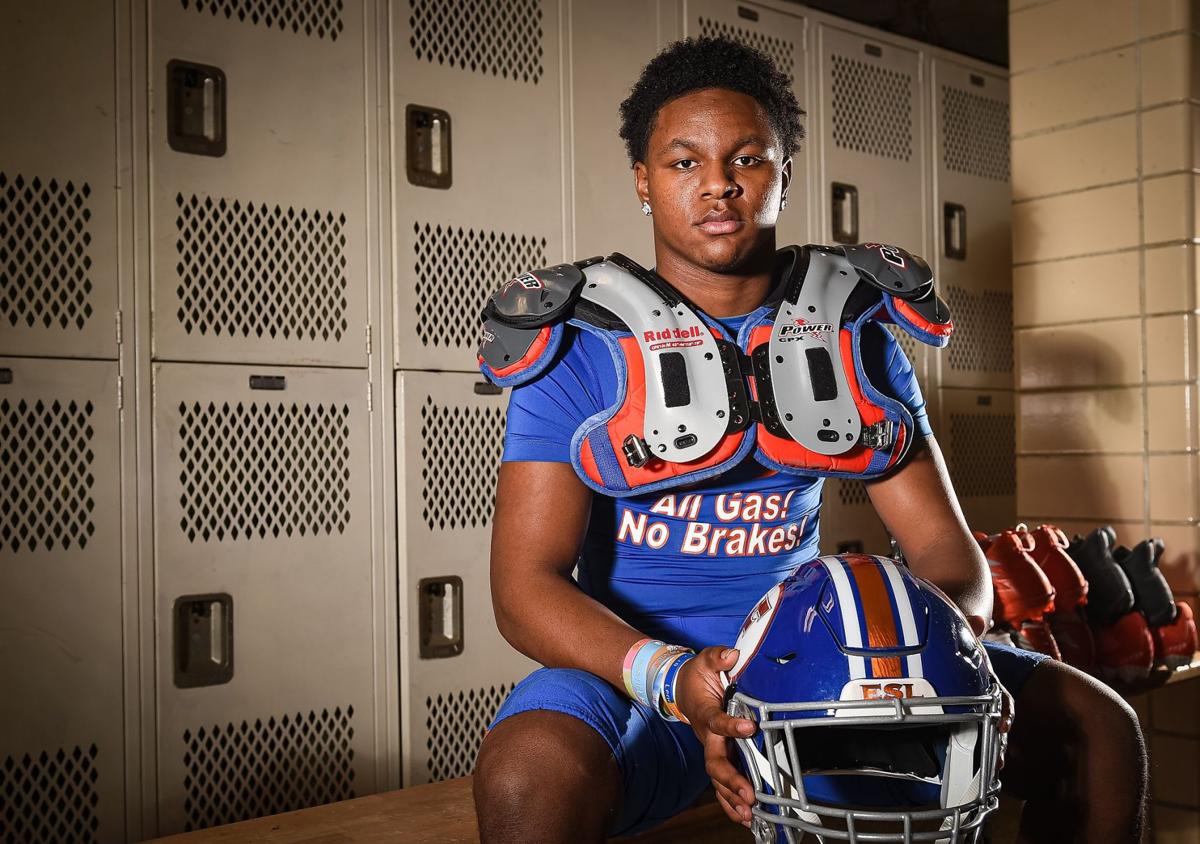 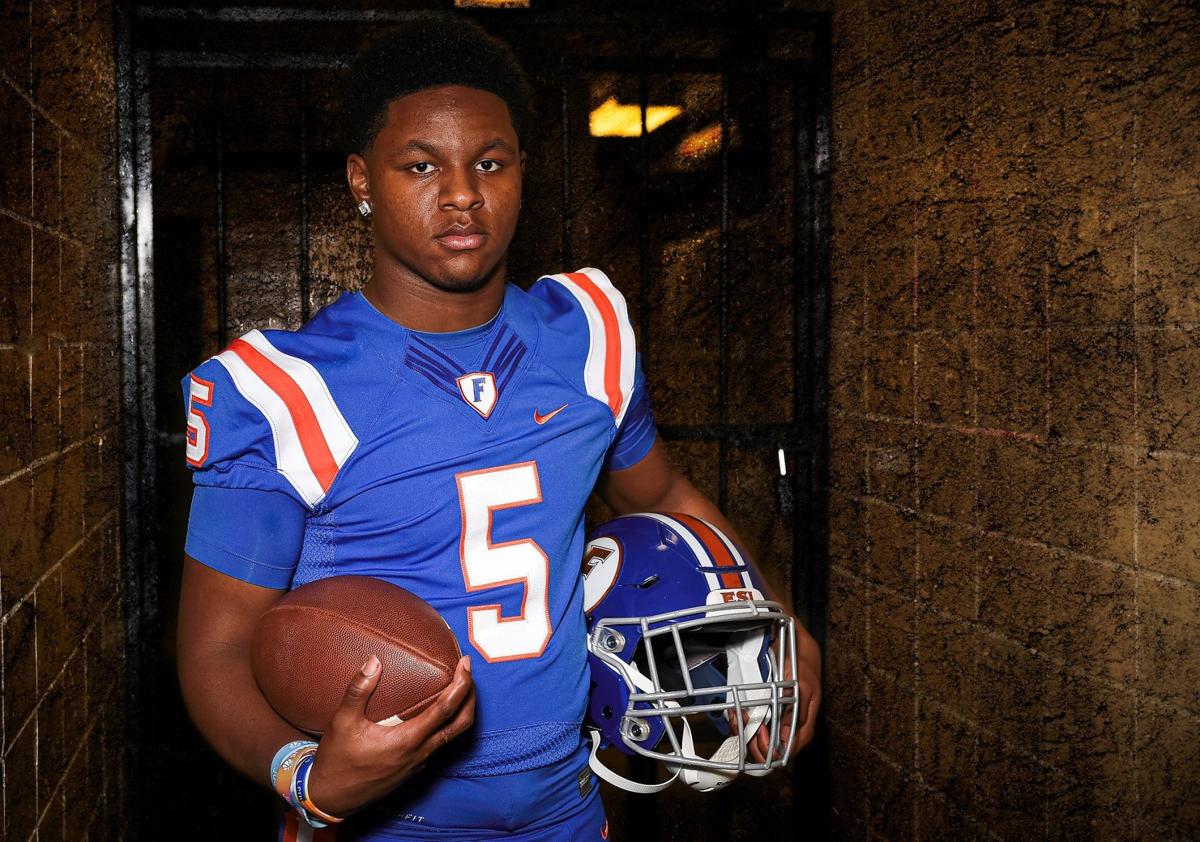 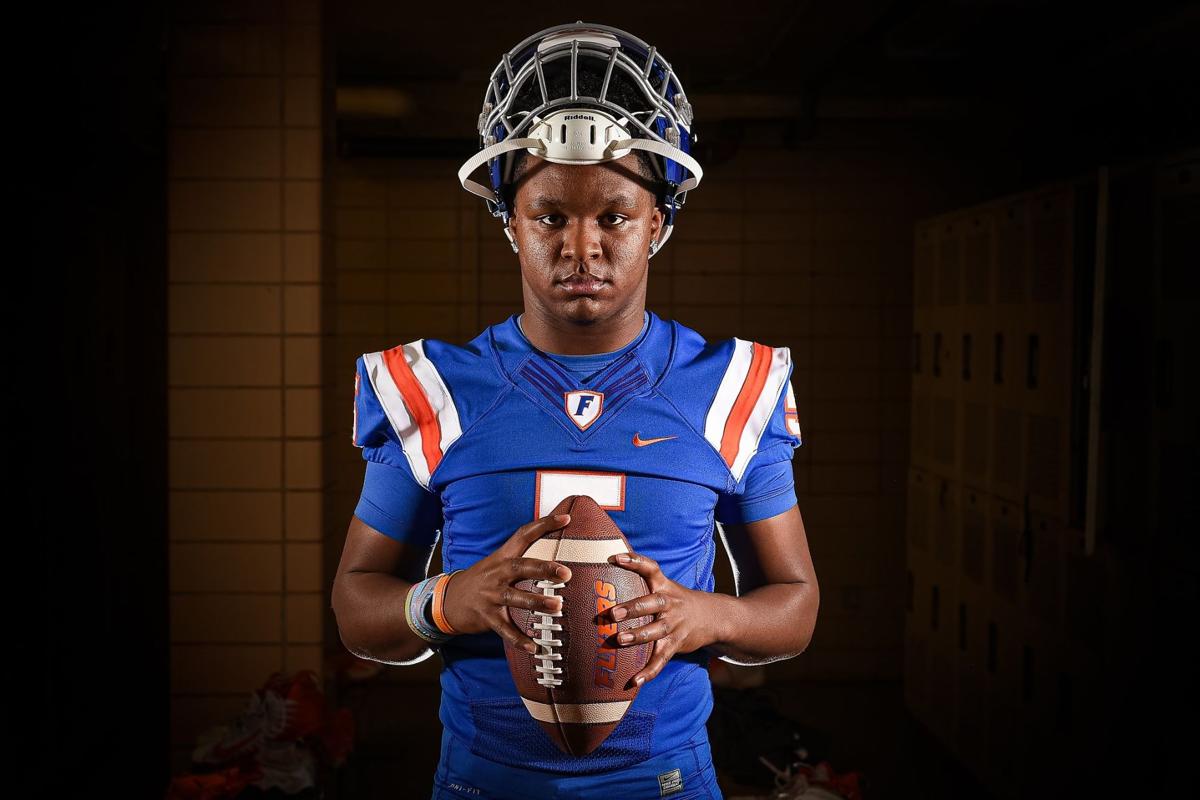 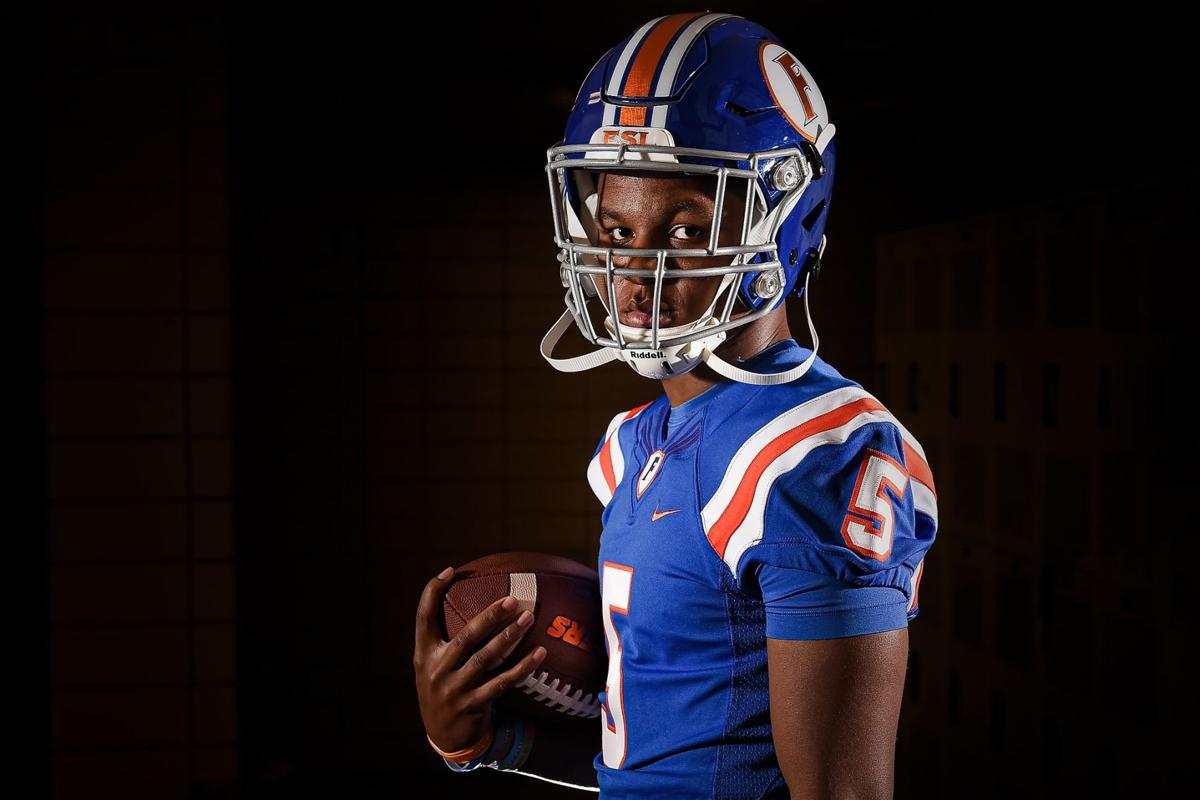 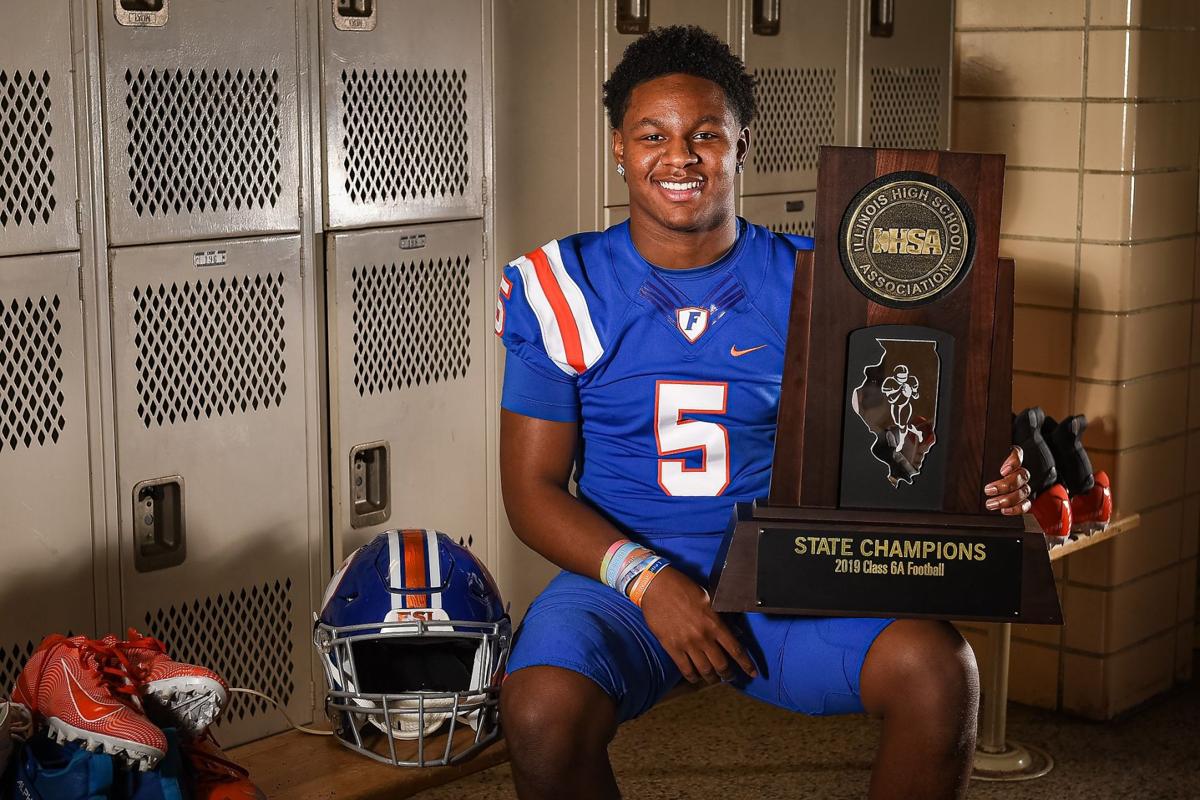 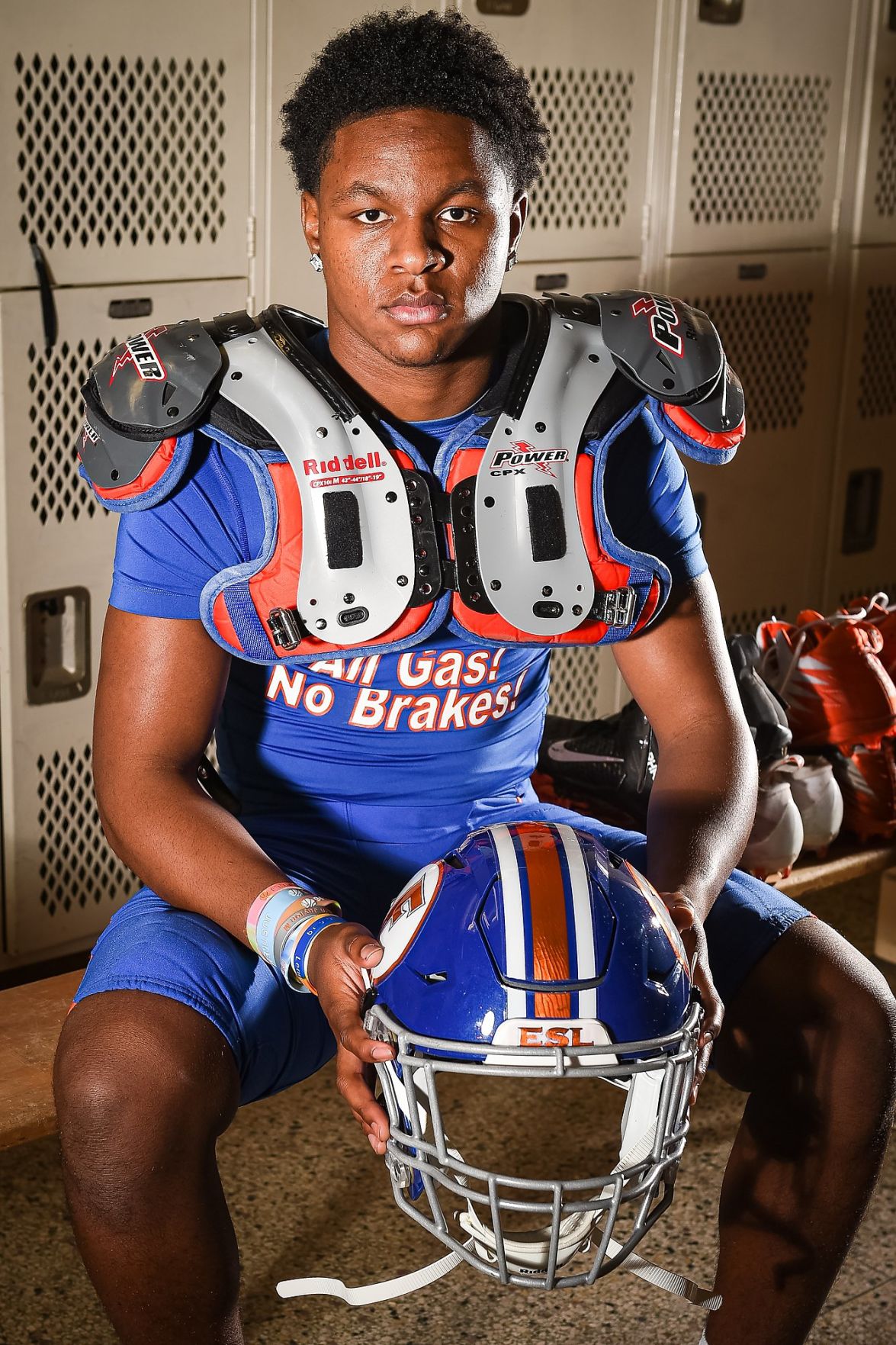 EAST ST. LOUIS — Tyler Macon looked to the sideline for the next play.

It was fourth down and short against Chatham Glenwood in Macon's state semifinal debut. East St. Louis coach Darren Sunkett sent in the play, only to watch his quarterback shake his head back and forth.

At this point, Sunkett had three state championships on his resume and was chasing a fourth. Now in his 20th year as the Flyers coach, he is revered and respected by his peers for his knowledge and understanding of the game. His is a bright football mind. And here was his junior quarterback telling him he didn't see what he thought he saw.

Macon, 16, turned to the huddle, called his own play and the Flyers popped it for a touchdown.

“Tyler was in the flow of the game. He knew what the defense was doing on certain run downs,” Sunkett said. “I'm on the sideline, I thought I knew the call. He switched it up. Great call on Tyler's part.”

It was a season of great calls by Macon. Historic even. When East St. Louis completed its season with a 43-21 win over Prairie Ridge in the Class 6A state championship Nov. 30, Macon had rewritten the record book at East St. Louis and in Illinois.

Macon is the Post-Dispatch All-Metro football offensive player of the year.

The 6-foot and 193-pound Macon passed for 4,241 yards, 39 touchdowns and was intercepted seven times. He rushed for 827 yards and 17 touchdowns. His 56 combined touchdowns are the most in a season in Illinois, breaking the record of 55 set in 2018 by Decatur St. Teresa's Jacardia Wright. Macon is just the fifth player in Illinois to account for 50 or more touchdowns in a season.

His 5,068 combined passing and rushing yards are second-most in state history. He was 70 yards short of Tuscola's Dusty Burks who finished with 5,138 total yards of offense in 1997. Macon is just the second player in Illinois to go over 5,000 combined yards.

“He earned my trust. I let him go with it. If he's wrong, that's fine. It's part of the game,” Sunkett said. “We're all going to be wrong. He's one hell of a competitor. When you have those kinds of guys on your team, you're not going to lose many ball games.”

The Flyers didn't lose any this season. East St. Louis finished 14-0 and all season as the No. 1 large school in the STLhighschoolsports.com rankings. East Side dominated as it outscored its opponents on average 55-14. It scored 714 points, more than doubling Edwardsville, which finished as the Southwestern Conference runner-up.

There was only one game this season where the result was in doubt in the final moments. It came Sept. 13, when East St. Louis traveled to suburban Chicago to face Neuqua Valley, a Class 8A playoff qualifier which finished 9-2. There was a heat wave that week and Sunkett couldn't take his team on the field. The Flyers did extensive film study, walkthroughs and some conditioning in the gym.

“There was no practice,” Sunkett said. “We had a very confident team this year. I think we went into that game a little overconfident. They watched those guys on film and thought we'd dominate them.”

“We didn't think they could play with us as well as they did,” Macon said. “During the game my mindset was to make sure my guys around me were on their game and not letting the game get too big. Just keeping their heads on tight. Stay cool and calm and do my job.”

Macon completed 14 of 17 passes for 332 yards and three touchdowns. He rushed for 70 yards and another touchdown. The Flyers' defense got the stop it needed on a two-point conversion with 13 seconds left to hold on for a 50-48 win. That's when Macon felt a championship was inevitable.

“I knew after that game we were going to win state,” Macon said. “The way we played during adversity.”

Macon's maturation as a player and leader was crucial that day and over the course of the season. He was named the starter prior to his sophomore year and it was a learning experience. He had to adjust to the speed of the game and grow more comfortable with being uncomfortable. As a sophomore, he rushed for 1,190 yards. That was due, in part, to his willingness to abandon ship and scramble at the first sign of trouble.

“My first year I was more rattled when the pocket broke down,” Macon said. “This year I feel I was more mature to know how to maintain the pocket and my pocket presence. Trusting in my line was a big part this year, too.”

Javontez Spraggins can count on one hand how many times Macon was sacked this fall. A Tennessee-bound offensive guard, the 6-foot-3 and 300-pound Spraggins said that was a credit to Macon's keen sense of awareness on the field.

All-Metro football defensive player of the year: A disciplined Doyle leads Lutheran North back to the promised land

Antonio Doyle learned a valuable lesson before Lutheran North's season even began. It helped him lead the Crusaders to their first state title in 20 seasons.

“It's really easy for us. He doesn't put himself in a position to get sacked,” Spraggins said. “Wherever he's at on the field, he knows where his defenders are at.”

Macon knows where they are and how to make them move where he wants. His ability to keep a defense on its heels with his decision making is a defensive coordinator's nightmare.

“He can manipulate a whole defense if he wants to,” Spraggins said. “He's going to try to embarrass the defense. It's him. It's the reads. It's just the way you set up plays. The way we set up plays is to get people moving into spots they're not supposed to be in.”

Sunkett has had his share of talented players. He said Macon is the eighth player he's coached to be named a Post-Dispatch player of the year. But none of them were quarterbacks and none of them had Macon's football IQ. Sunkett tests his quarterback by having him draw the plays out on the whiteboard in his office and then go through all the variables. Where does the ball go when the linebacker does this? What if the safety does that?

“He'll put it right on the board for you,” Sunkett said. “He knows it inside and out. He knows it just as good as I know it. You give it to him and let him go.”