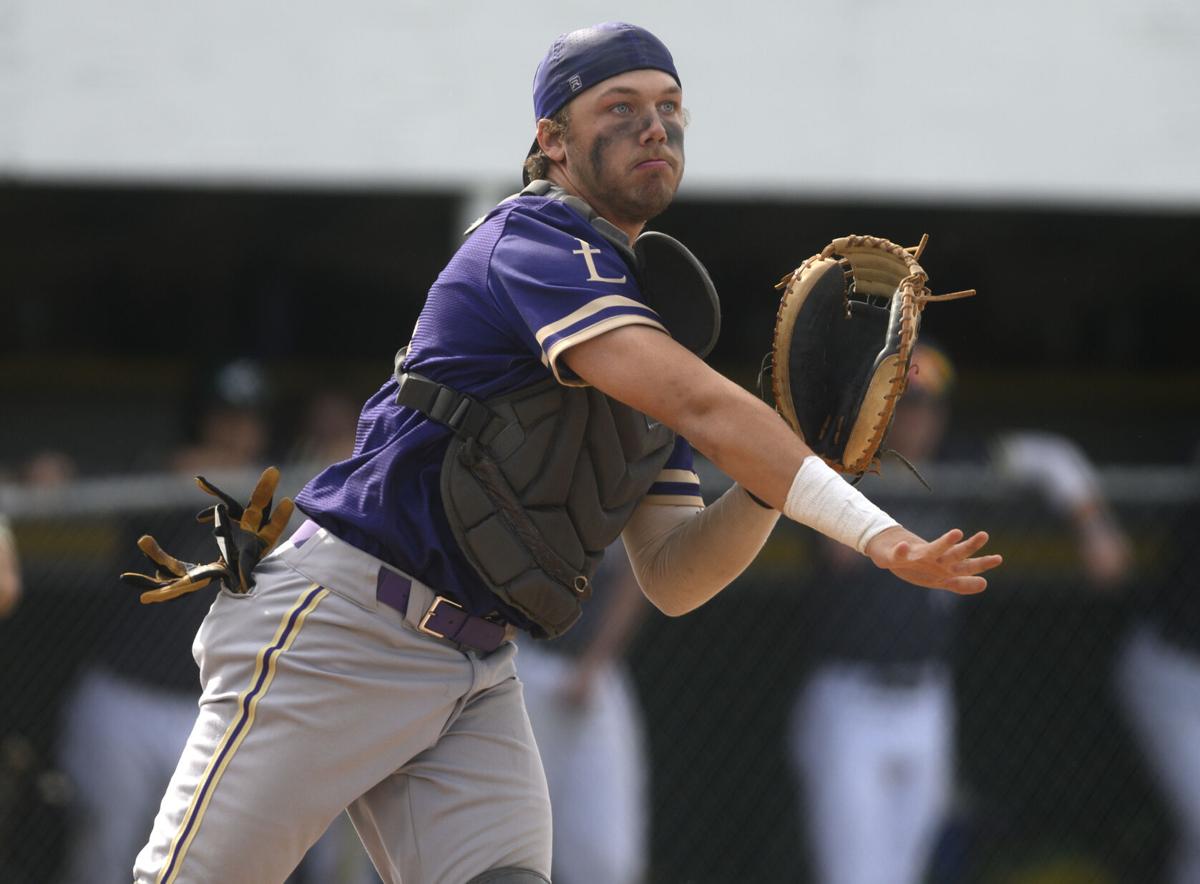 CBC's Kaden Byrne throws to first base during a Class 6 quarterfinal game on Friday, May 29, 2021 at Lindbergh High School in St. Louis, Mo. Paul Halfacre, STLhighschoolsports.com 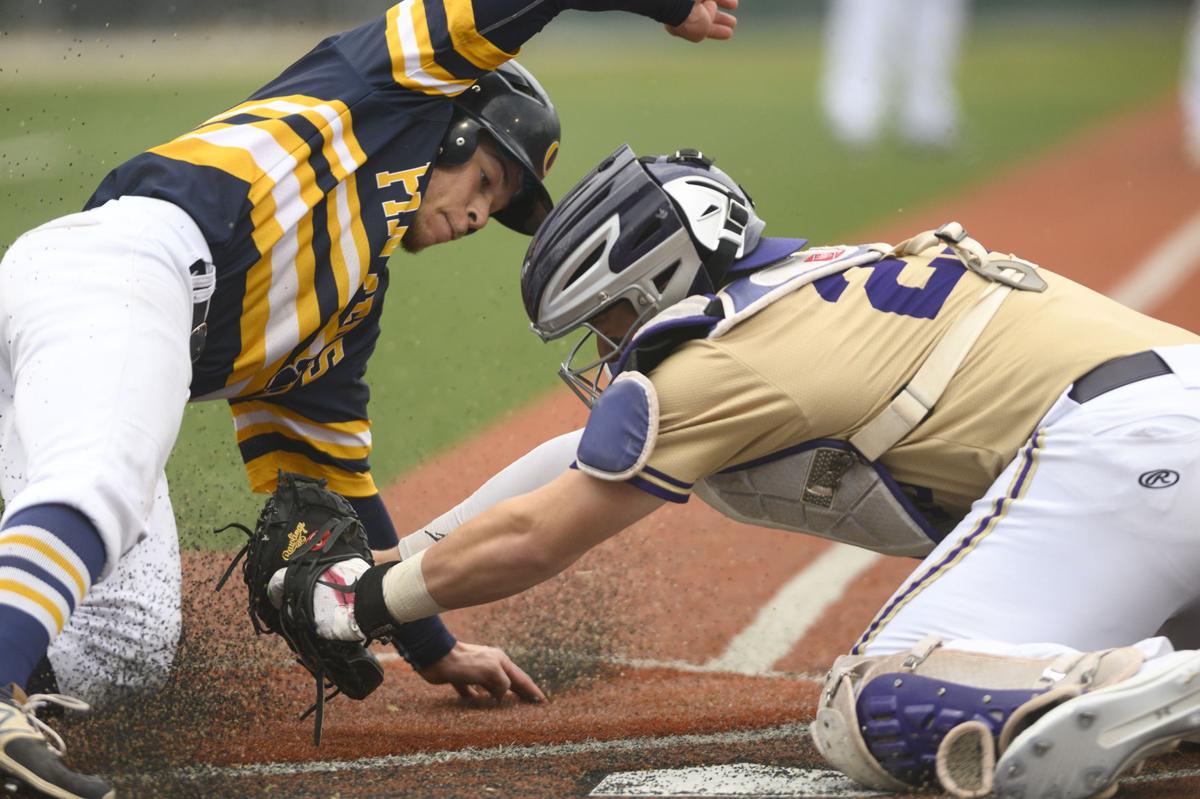 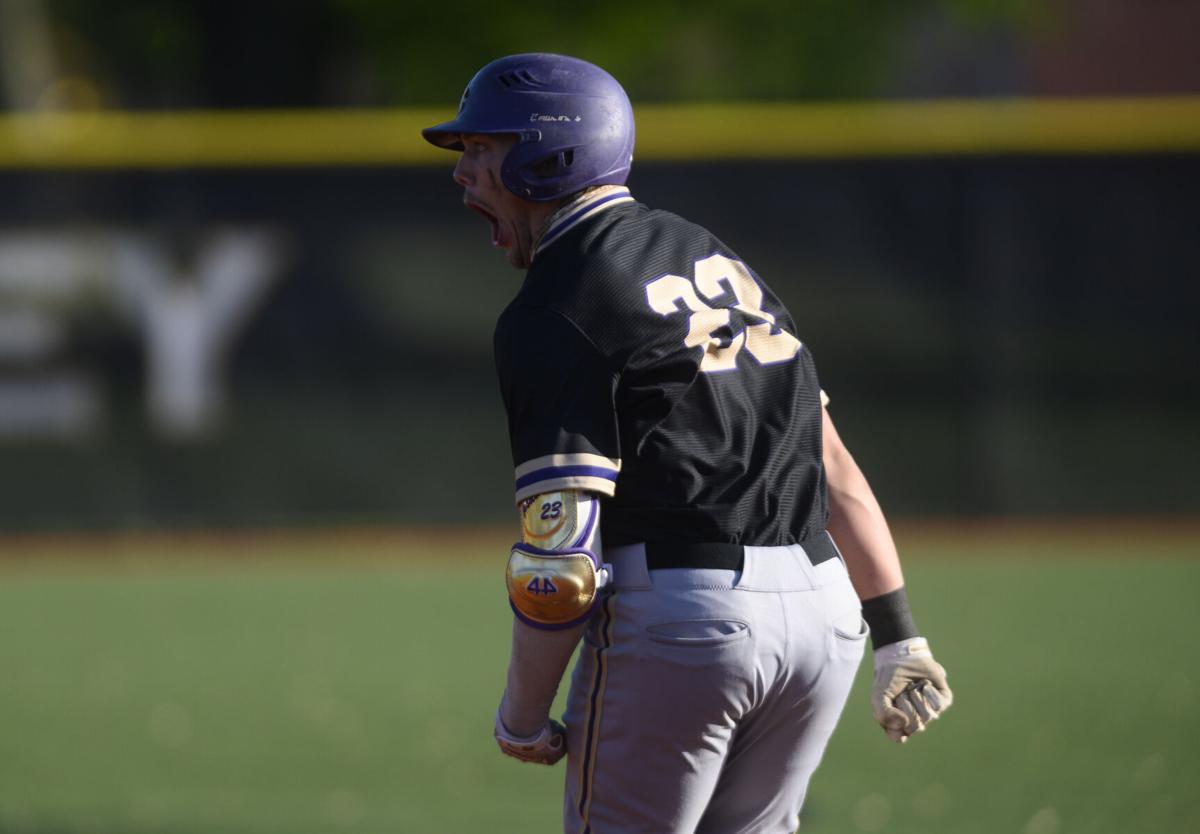 CBC's baseball team has had a Byrne behind the plate for five consecutive seasons.

Cadets senior Kaden Byrne has taken over as the team's catcher, a position once manned by his older brother Kurtis.

Both brothers have been a comfort for Cadets coach Mason Horne.

"They're great human beings and that's a testament to their family and their upbringing," Horne said. "They live and breathe baseball. They're good kids."

Kurtis Byrne graduated from CBC in 2019. He was a second team Post-Dispatch All-Metro selection after that season and now plans at TCU.

Kaden Byrne originally was slated to take over as the CBC catcher last season before it was canceled because of the COVID-19 pandemic. He and his teammates have made up for lost time.

CBC (23-10) beat Lindbergh 3-2 in the Class 6 quarterfinals Saturday by rallying for two runs in the top of the seventh inning.

Because of that victory, the Cadets advanced to the state semifinals for the first time since 2015 — when they won the Class 5 championship.

The Cadets square off against Liberty of Kansas City (30-9) in the first Class 6 semifinal at 4 p.m. Friday at U.S. Ballpark in Ozark. Fort Zumwalt West and Jefferson City play in the second semifinal, scheduled for 6:30 p.m. Friday.

"It's been amazing," Byrne said. "This is something you dream about. As freshmen, we knew that we had a lot of good guys and we've proved it."

The Cadets have own seven consecutive games heading into their first meeting against Liberty. They have won two consecutive one-run games, including a 2-1 decision against Metro Catholic Conference rival De Smet in the Class 6 District 2 final.

"I've got all the confidence in the world in him," Horne said. "He does a phenomenal job. I think the pitchers trust that he's back there and he doesn't take a pitch off. At the end of the day, they know he's giving them everything he has. That earns you some trust with those pitchers."

CBC's pitching rotation has posted a combined ERA of 2.14 and fanned 254 batters over 209 1-3 innings pitched.

The Cadets are seeking the third state championship in program history. In addition to 2015, they won the 2010 crown.

"It's been awesome to enjoy this ride," Byrne said. "Nothing is better than working with these guys. It's awesome."

CBC's Kaden Byrne throws to first base during a Class 6 quarterfinal game on Friday, May 29, 2021 at Lindbergh High School in St. Louis, Mo. Paul Halfacre, STLhighschoolsports.com