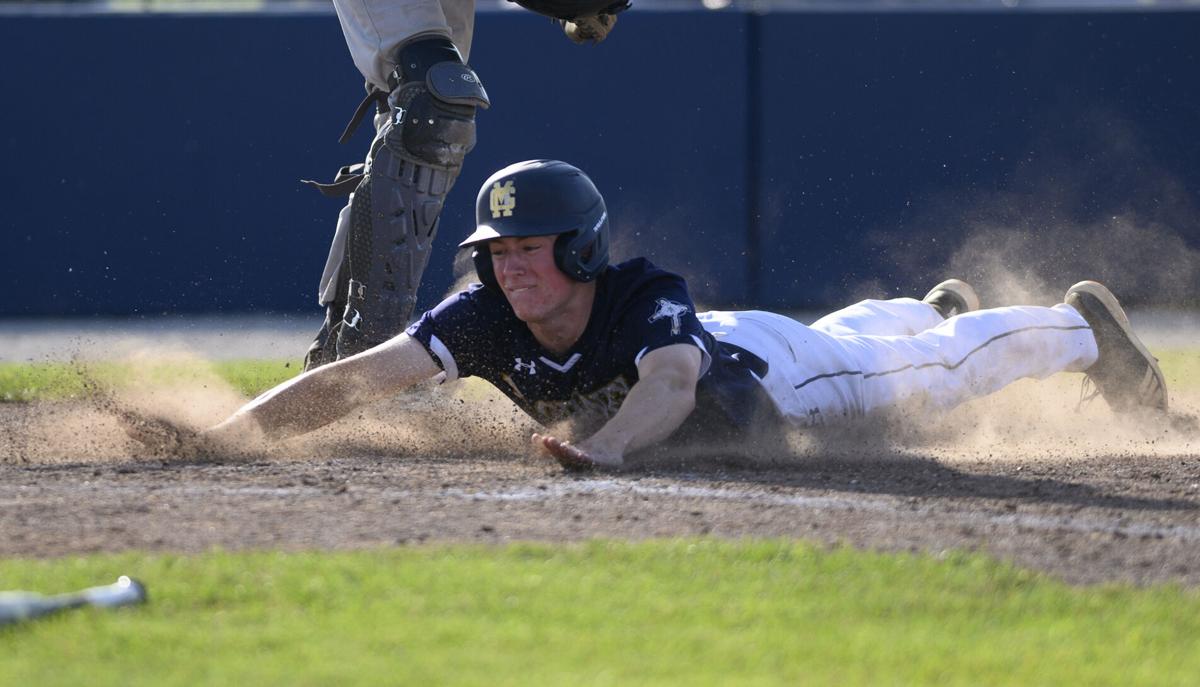 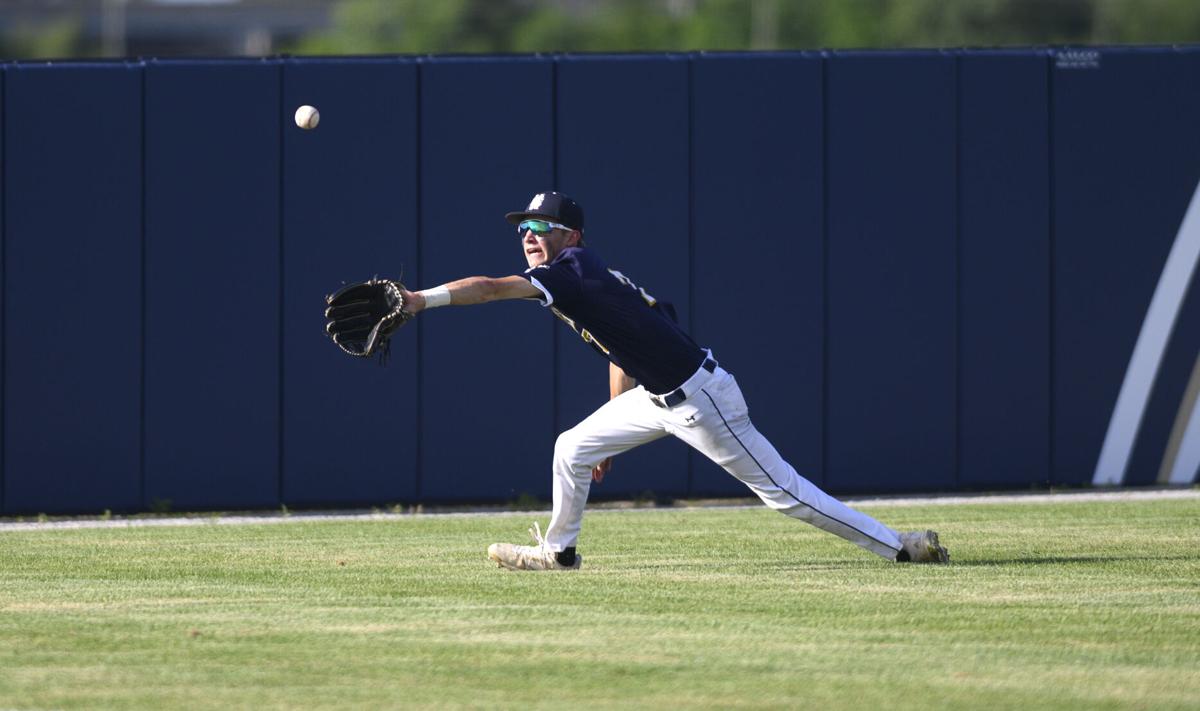 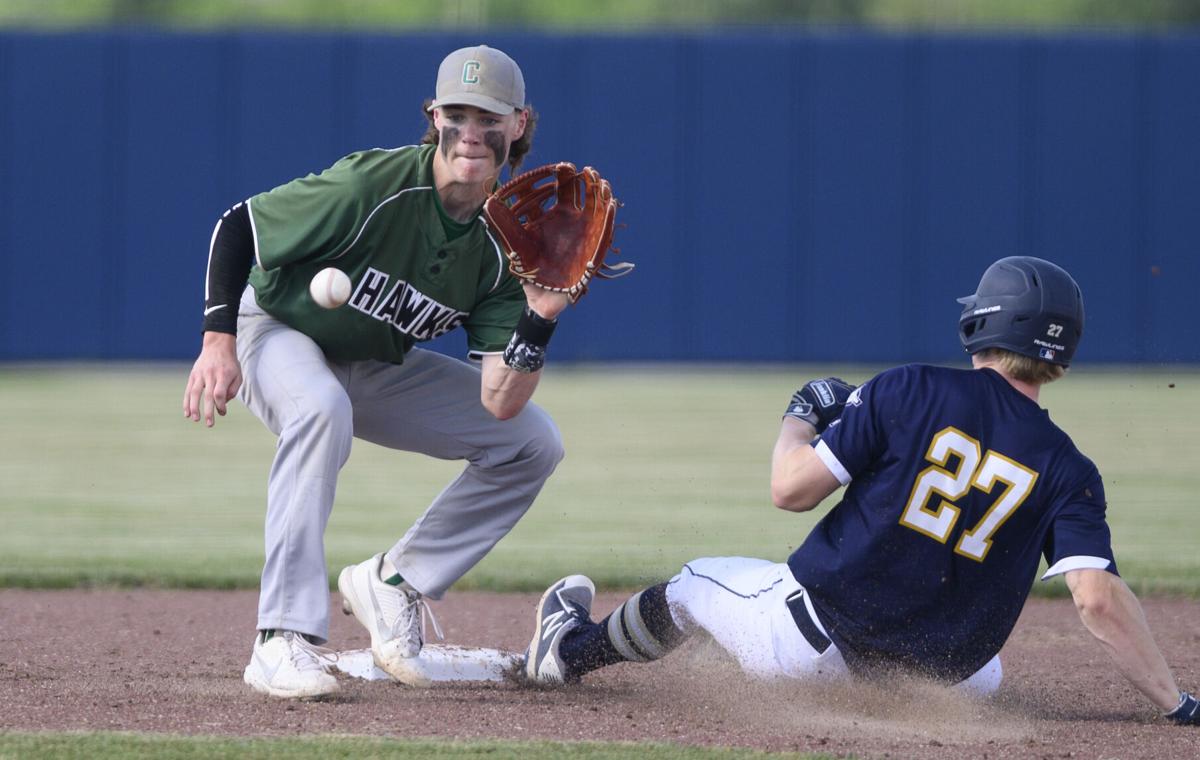 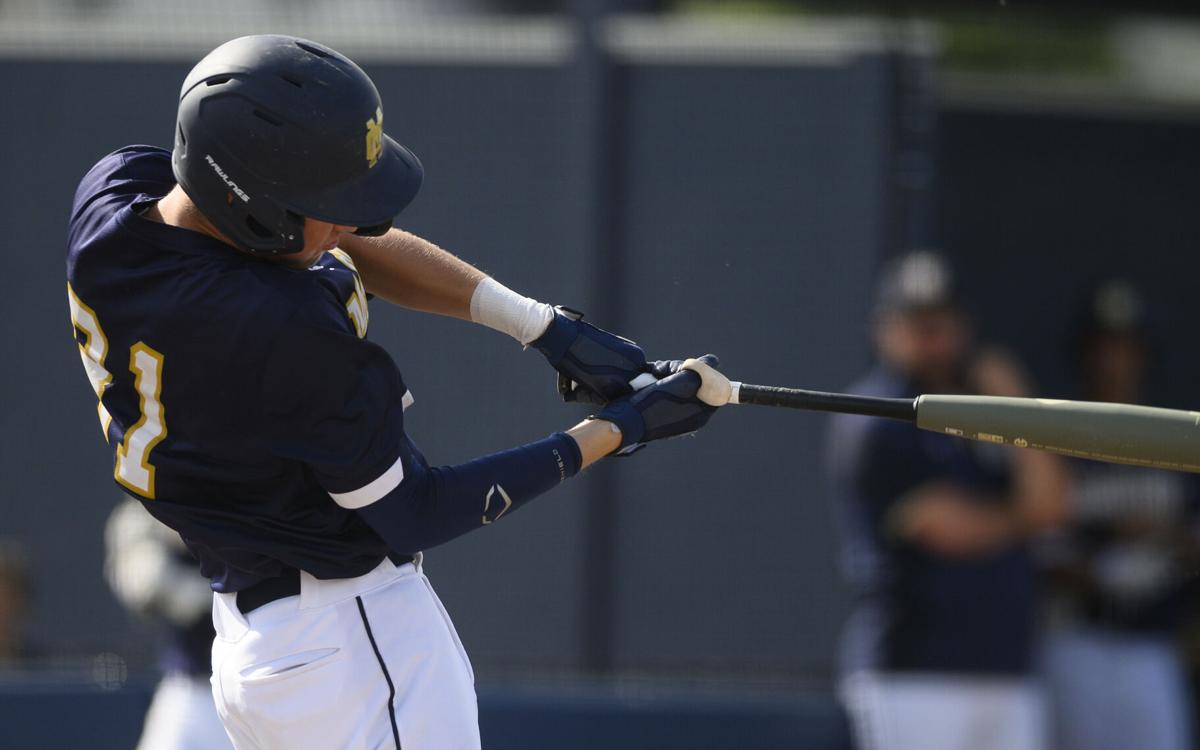 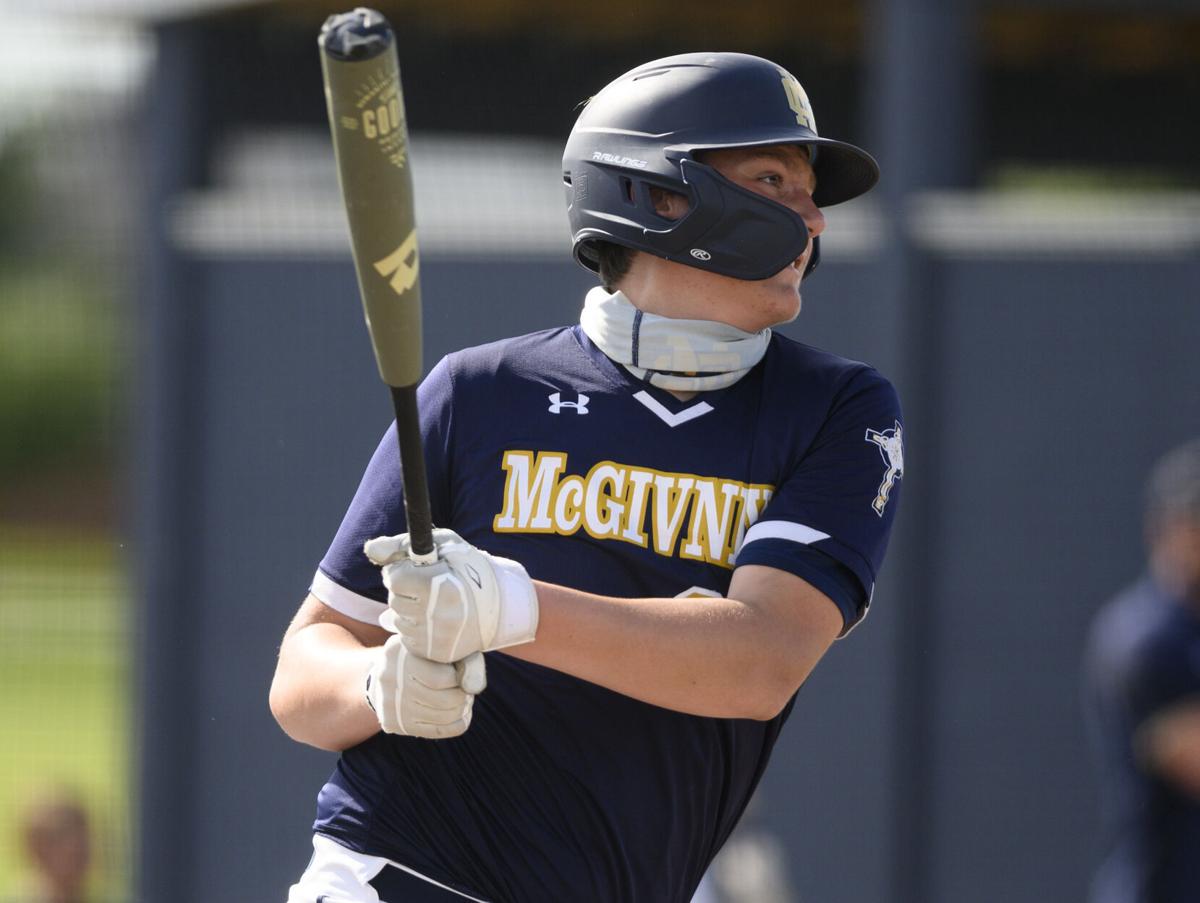 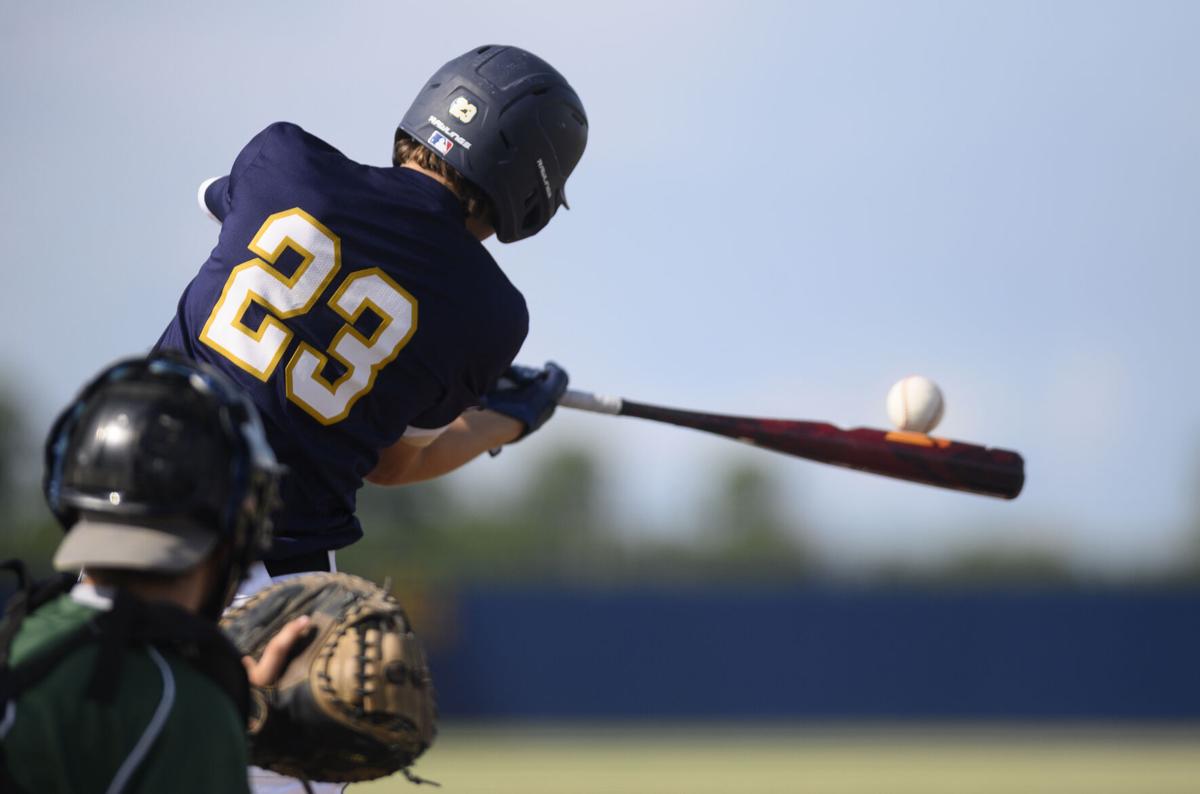 GLEN CARBON — Drew Sowerwine trotted back to Father McGivney's dugout Wednesday after what he thought was a flyout.

Then the Griffins senior heard a commotion and saw his coach holding his bat. Before the pitch, a balk had been called and the senior had new life at the plate.

Sowerwine and his Griffins teammates took advantage of the situation, turning a quiet inning into the knockout blow of their 9-3 victory against Carrollton in a Class 1A Sectional 7 baseball semifinal.

"It just sparked our energy and killed theirs," Father McGivney sophomore Jackson Rodgers said. "It ended up being the final blow."

The Griffins (27-6), who won their ninth consecutive game, advanced to the first sectional final in the two-year history of the varsity program. They will host Greenfield (22-1) at 4:30 p.m. Friday.

"It's just great to leave our mark and really establish a program here at Father McGivney," Rodgers said. "It means a lot to be part of this team with a great group of guys."

The Griffins held a tenuous grip on a 5-3 lead with Sowerwine striding to the plate. With a runner on third, the 6-foot-3 senior fought off a few pitches from Carrollton starting pitcher Brady Cox.

When Cox strode to the plate, the third base umpire noticed the Hawks' third baseman in foul territory and called a balk.

"It's baseball," Carrollton coach Ryan Howard said. "They're human at the end of the day. It was what it was. My boys played my hearts out and that's all I could ask for."

Sowerwine sent the non-pitch deep to the center fielder who squeezed it for what would have been the final out of the inning. But with the balk called, the Griffins scored to increase their lead to 6-3. Sowerwine reached first after getting hit by the next pitch before Daniel Gierer laced a single to keep the inning going.

Then Rodgers delivered a stand-up double, his second extra-base hit of the day, to push the Father McGivney lead 8-3.

"I've been seeing the ball well all week," Rodgers said. "My approach has been up the middle and get those runs in."

Griffins senior catcher Luke Deakos tacked on an insurance run with an RBI double in the fifth to push the lead to 9-3.

After a rocky start, Smith was the picture of efficiency on the mound for the Griffins. The 6-foot-4 righty allowed two earned runs on six hits and struck out eight. Of his 90 pitches, 59 of them were called strikes.

"I did get a little overwhelmed for a little in that first inning," Smith said. "But after that, I felt a lot more confident and was cruising. The team put up a bunch of runs and that helped."

The Hawks (4-11) jumped on the sophomore with two runs on three hits in the first inning, but their bats were held in check for the next five innings before Sowerwine came on in the seventh inning and put the hammer down with three strikeouts in one inning of work.

Playing for their first sectional title is a thrilling prospect for the Griffins.

"It's a great feeling," Smith said. "There are a lot more games to play. We have four more to win and I'm excited about the run."

Reeder takes over as head baseball coach at Liberty

Mark Reeder was prepared to take some time away from the diamond.