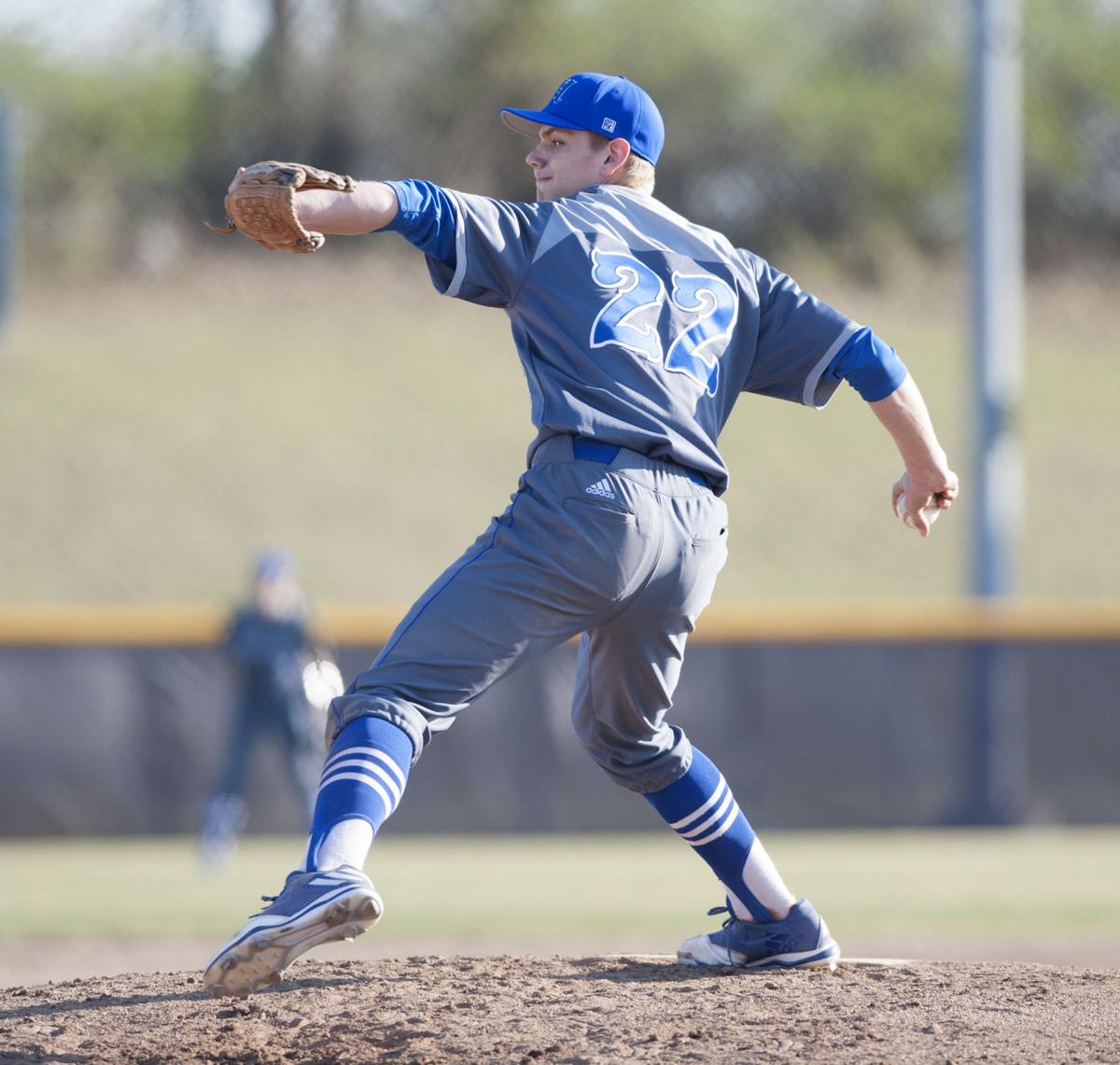 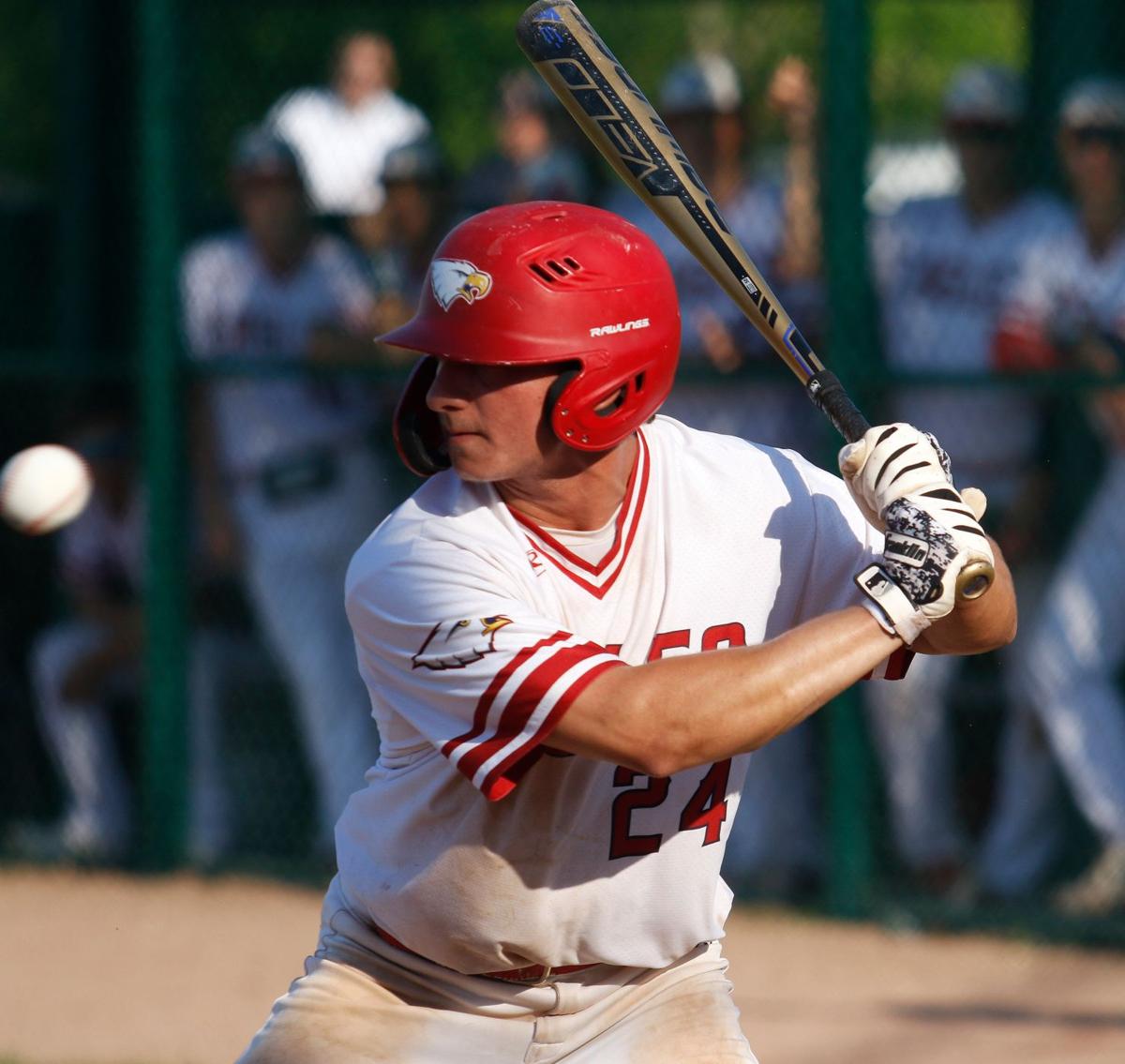 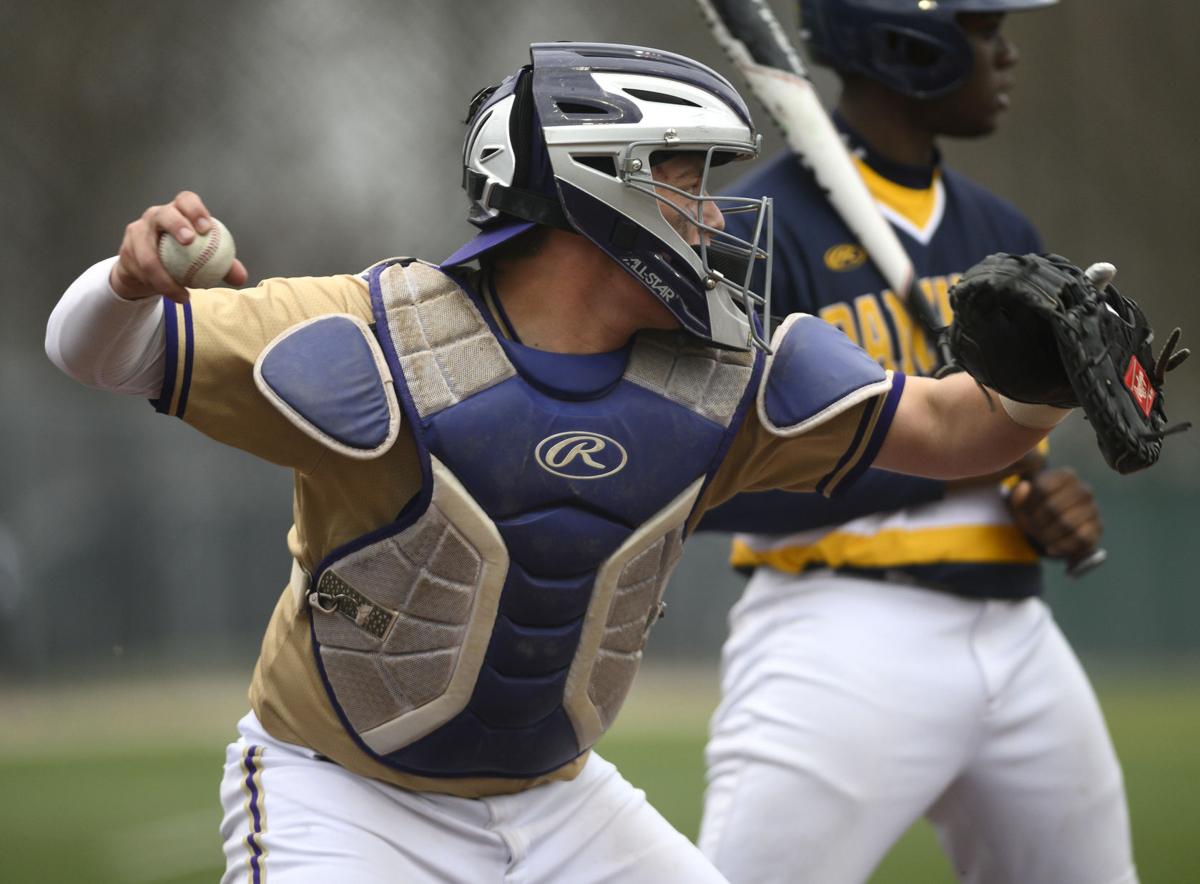 CBC's Kurtis Byrne (23) throws to second base during a game on Thursday, March 28, 2019 at Blazier Field in O'Fallon, Ill. Paul Halfacre | STLhighschoolsports.com

Michael Brewer continued about his regular daytime chores Wednesday when the phone in his pocket started to vibrate.

While the recently graduated Hillsboro High pitcher had an idea he would receive a future-defining phone call, he still was shocked when it was the Texas Rangers on the other end.

"When someone calls you and drafts you, you're a little shell-shocked at the moment, excited and didn't know what to do," Brewer said.

On Wednesday afternoon, Brewer was one of three area high school baseball players who were picked on the final day of the 2019 Major League Baseball first-year player draft.

Having signed with the University of Southern Mississippi, Brewer said Wednesday night he still hasn't made a decision on becoming a professional baseball player in the Rangers' organization or becoming a Golden Eagle.

"His freshman year, you could tell that he was going to have a really good arm," Hillsboro High coach Kevin Lucas said. "As he developed he just got better and better."

Michael Brewer is following in the footsteps of his father, Matthew Brewer, who was drafted in the 19th round by the San Francisco Giants in 1991 and had a brief minor-league career.

Throughout this season, Lucas said he got phone calls from scouts wanting to take a look at Michael Brewer, a 6-foot-5 right-handed pitcher.

Brewer helped lead the Hawks to a Class 5 District 1 championship and carried a 5-1 record with a 3.09 ERA in 43 innings pitched. He led the Hawks with 69 strikeouts.

"It's pretty amazing," Lucas said. "To able to be part of that whole process. Throughout the year a lot of scouts were contacting us to see when he'd throw again. It gives me chills just thinking about it, because that's every baseball player's dream is to get drafted and go play."

The athleticism displayed by the Southern Mississippi commit was no surprise to his coach.

"Scouts were contacting me while he was still playing basketball," Lucas said. "I told them that he was such a great athlete that they should watch him play basketball."

Even Brewer said that until his sophomore season, he thought he was going to want to pursue a basketball career.

"I was definitely thinking about basketball more than baseball, but then I started to pitch and do all that stuff and got more attention from baseball and it just started pulling that way," Brewer said. "Now I'm all baseball."

Nick Clement didn't even have to see Chase Krogman pick up a baseball to know.

Clement, the Liberty baseball coach, said he knew Krogman was special from the moment he watched him in the weight room.

"I had heard last year this year we'd have some good players and I knew he was a good baseball player," Clement said. "He hadn't even picked up a baseball, just how he carried himself as an athlete, I knew this kid was legit."

Krogman was selected by the Chicago White Sox in the 34th round of the MLB draft Wednesday.

But instead of going out and celebrating with friends, the Missouri State recruit was with his high school coach at a youth camp throwing fly balls to kids.

"We were having our youth camp and he was still helping us out," Clement said. "That just shows who he is."

Krogman held a .392 batting average with a .722 slugging percentage. He led the Eagles with five home runs and 34 RBI.

Clement said Krogman is undecided on whether to pursue professional baseball or head down to Springfield to play for Missouri State.

The Eagles coach said Krogman's desire to get better will pay off at the next level, wherever the destination.

"We had lost a really tough conference game against Timberland and when we got back to our place, Chase had this book back with a tee and balls and he went into the hitting cage," Clement said. "Even though everything was locked away, he still went in there and worked. He will do baseball things if you give him room and time."

O'Fallon falls in extra innings of Class 4A baseball semifinal

NORMAL — Nathan Terhaar figured he would be cheering on his teammates from the bench Thursday morning.

NORMAL, Ill. — It stung as Luke Deakos stood on the field, but he smiled through the pain.

A Stitch plush toy has become the team's good luck charm as it has marched back to 2A final four. A potent offense hasn't hurt, either.

O'Fallon's sizzling offense promptly removed all the drama Monday in the Class 4A Normal Super-Sectional.

FREEBURG — It's called Mexican Monday, and it is a big deal to the Freeburg High baseball team.

In just their second season as a program, the Griffins are in the Class 1A state tournament for the first time.

CBC's Kurtis Byrne (23) throws to second base during a game on Thursday, March 28, 2019 at Blazier Field in O'Fallon, Ill. Paul Halfacre | STLhighschoolsports.com