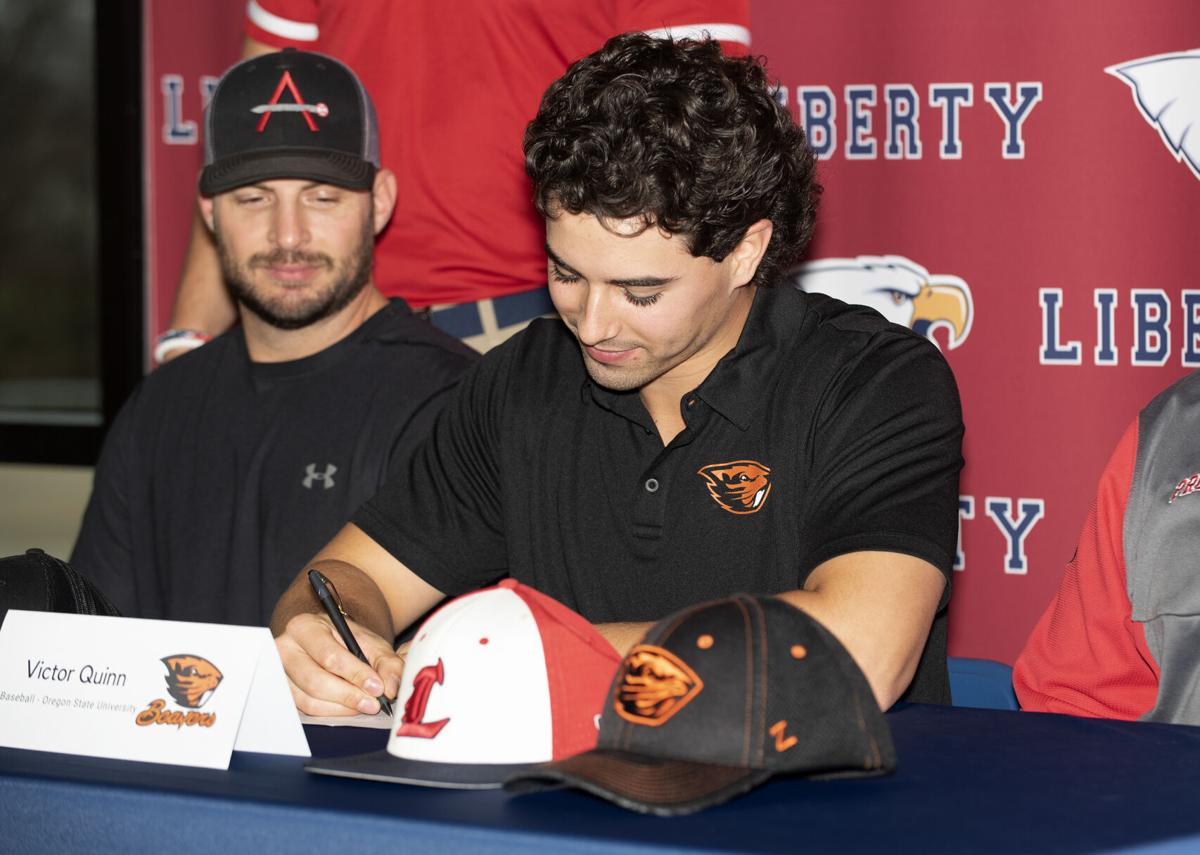 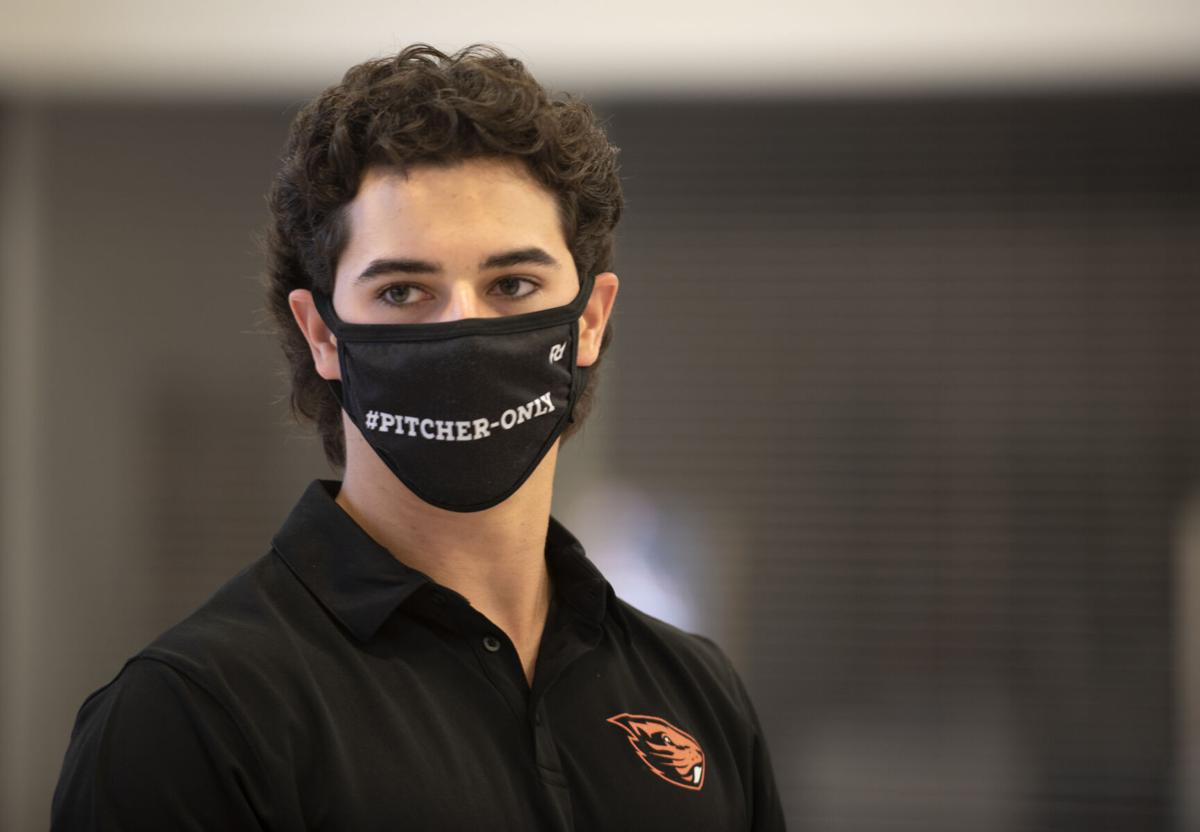 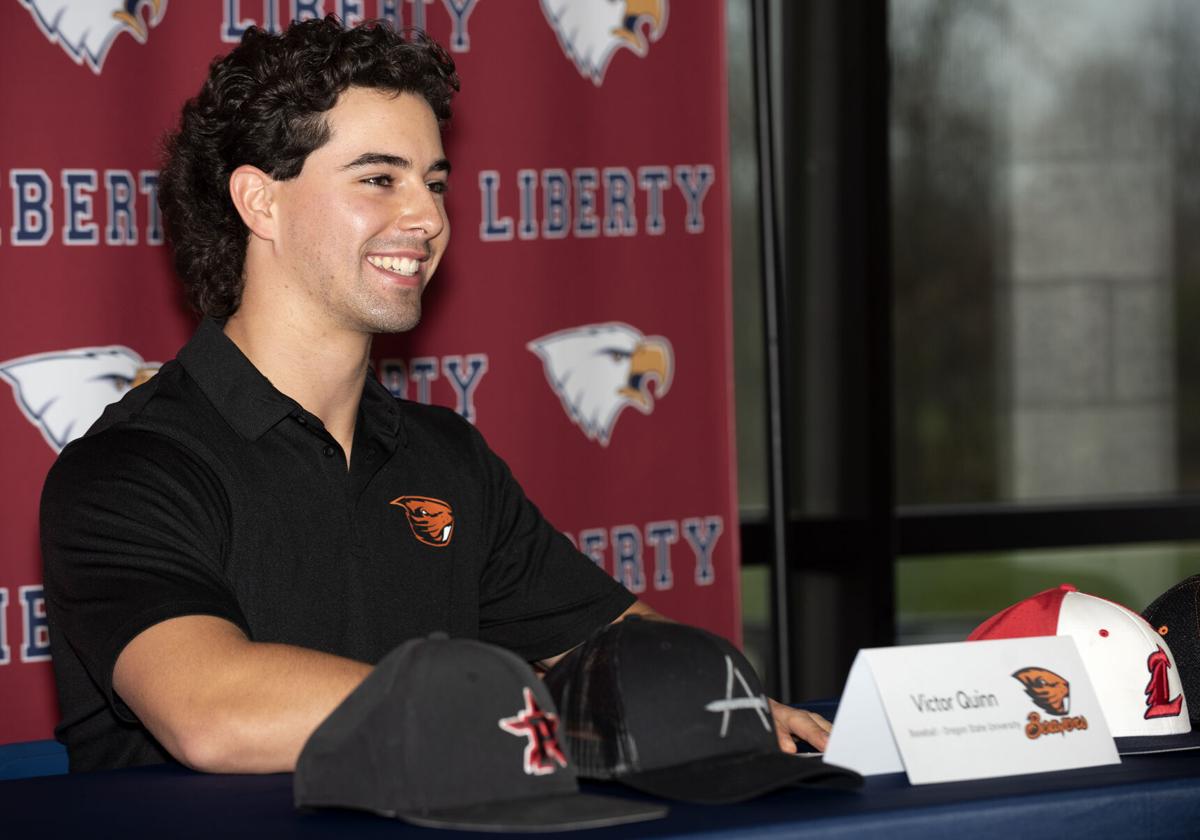 LAKE ST. LOUIS — Victor Quinn was a little surprised when members of the Oregon State baseball staff approached him after a showcase game in Phoenix last year.

The bright orange shirts with a Beaver logo emblazoned on the front caught the Liberty High senior off guard.

"I didn't know they were down there and watching me," Quinn said.

But after a conversation with the Oregon State coaches and players, Quinn immediately made up his mind. The hard-throwing righty made good on a year-long verbal commitment by officially signing with the Beavers during a ceremony on Friday afternoon.

"I choose Oregon State because they're notorious for their baseball program," Quinn said. "Once I met their coaching staff and players, it was an easy choice. Such a great school and program."

"It means something," Quinn said. "I have to be a leader and inspire others. I have to bring everyone on the team up with me."

Quinn joins an Oregon State program that is led by new head coach Mitch Canham. The Beavers have tallied 641 wins, four conference championships and three NCAA national championships in the past 15 years. They last won a title in 2018  to go with crowns in 2006 and 2007.

As a sophomore, Quinn hardly set the world on fire. He walked 13 batters in just four-plus innings and finished with a 19.50 ERA.

That forced him to take a good long look in the mirror. He knew he had the physical gifts to be a Power Five Conference pitcher.

Now, he just had to refine them.

"You could tell at a young age that he had a lot of velocity," Liberty coach Nick Clements said. "He had a lot to work with, (he) just needed to tune up his mechanics and I think he saw that and set out to work on them in the offseason."

Clements could see Quinn's improvement as the team prepared for the 2019 campaign, which was eventually cancelled by the coronavirus pandemic.

"Not only was the velocity there, but it had also increased and the control was there," Clements said. "That's what he needed was work on his control and mechanics and we definitely saw that going into last season."

Quinn hit 90 miles per hour on the radar gun as a sophomore. Through hard work and determination, he now clocks in at 97.

Without a junior season, Quinn went to work in the offseason with his club team, the St. Louis Prospects. He also participated in multiple individual showcases across the country.

"He's an electric athlete with a powerful arm," Canham said in a press release.

Todd Whaley, Quinn's coach with the Prospects, witness his growth first hand over the past three seasons.

"He's blossomed into a pretty strong individual," Whaley said. "He's not scared of the weight room or putting in the work. He was always a physical kid, but it's jumped leaped and bounds in the last 24 months."

Quinn will miss the Lake St. Louis community when he travels over 2,000 miles next season to Corvallis, Oregon.

"I know everything here - the roads, the people, it's home," Quinn said. "It'll be weird to go somewhere I don't know as home yet."

Whitfield comes up short in district loss to Montgomery County

Father McGivney offense continues to sizzle in win over Jerseyville

GLEN CARBON — If there was a scoreboard beyond the outfield, the lights may have already burned out.

ST. CHARLES — Nuru Allen had no desire to waltz into the postseason.