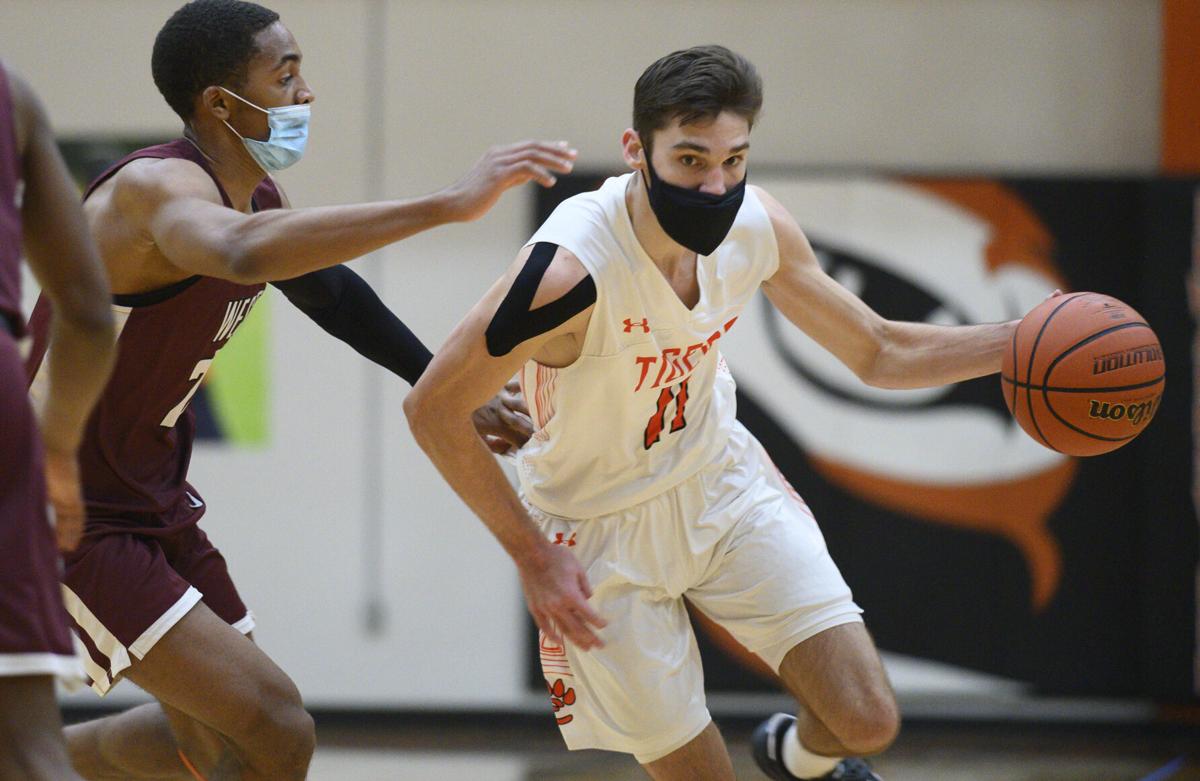 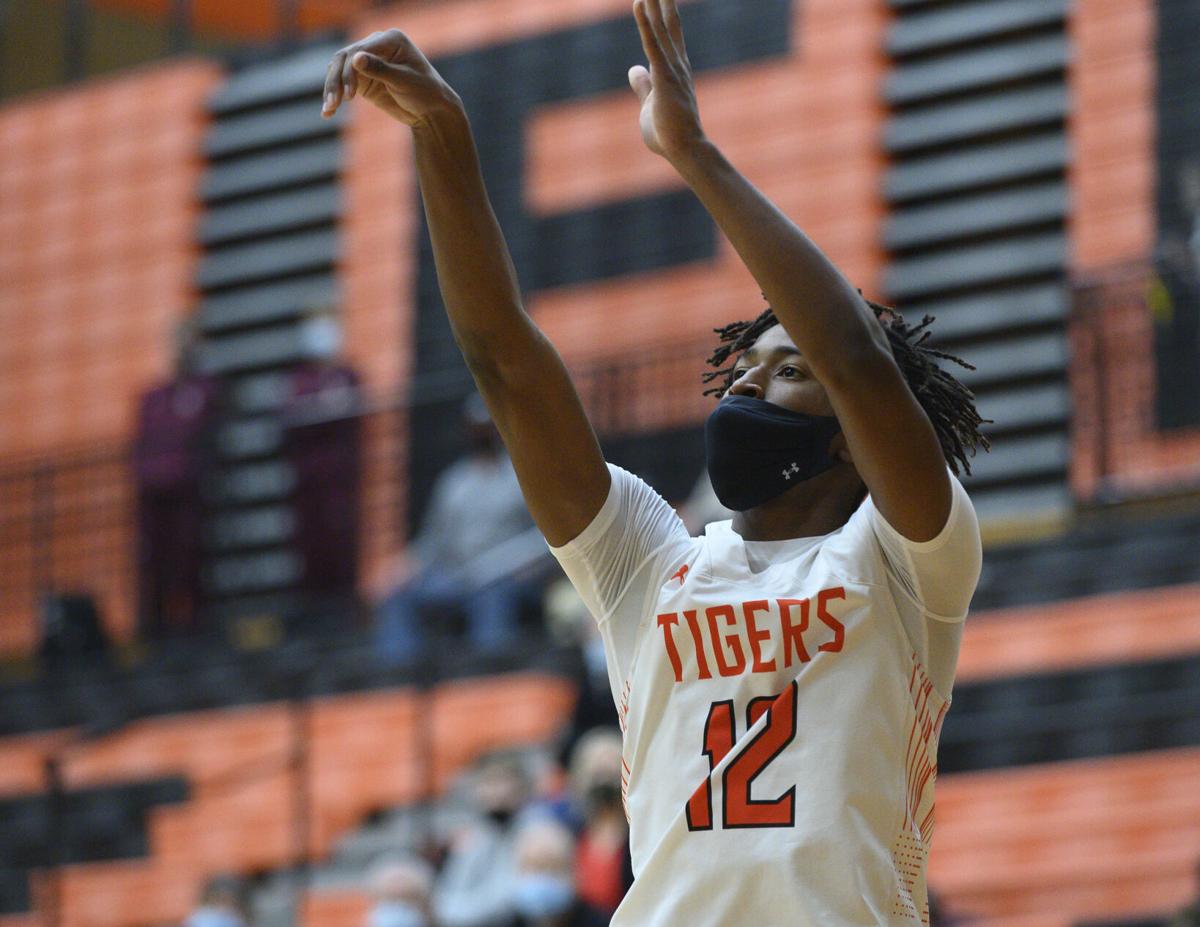 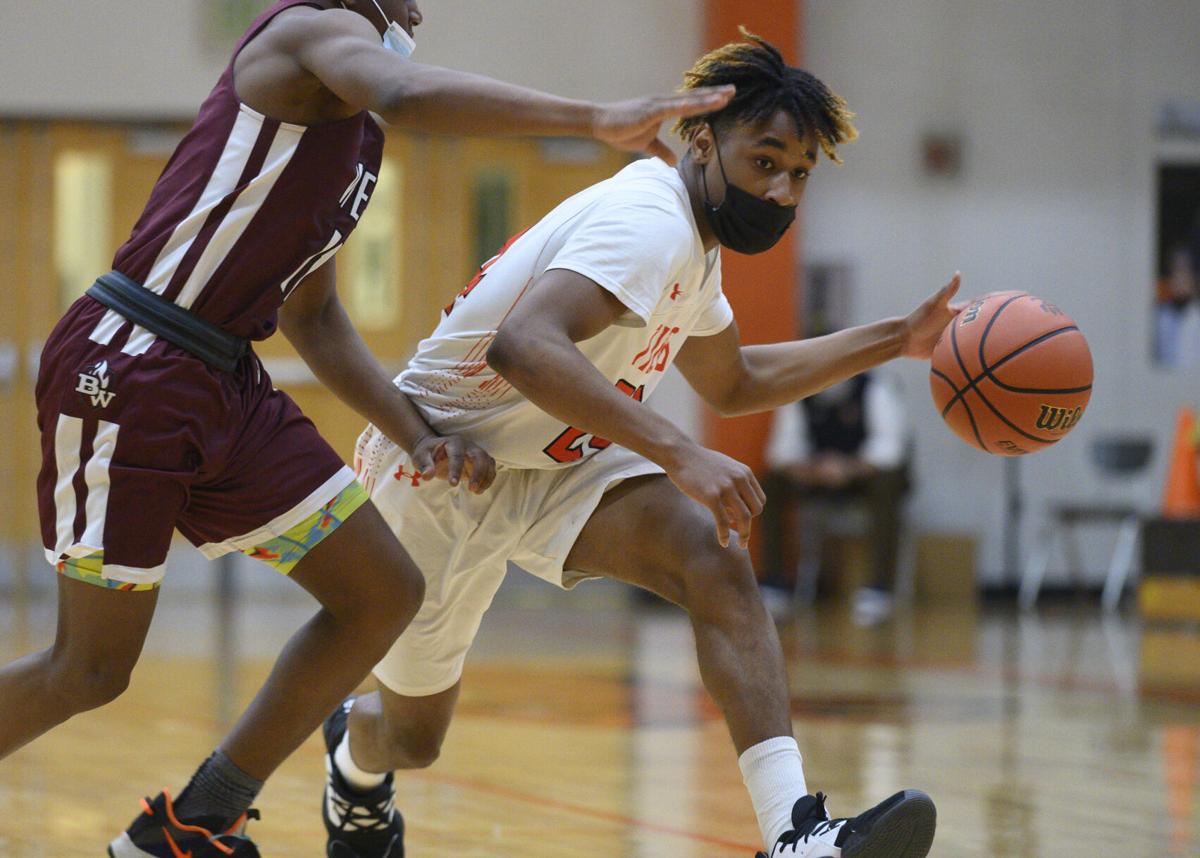 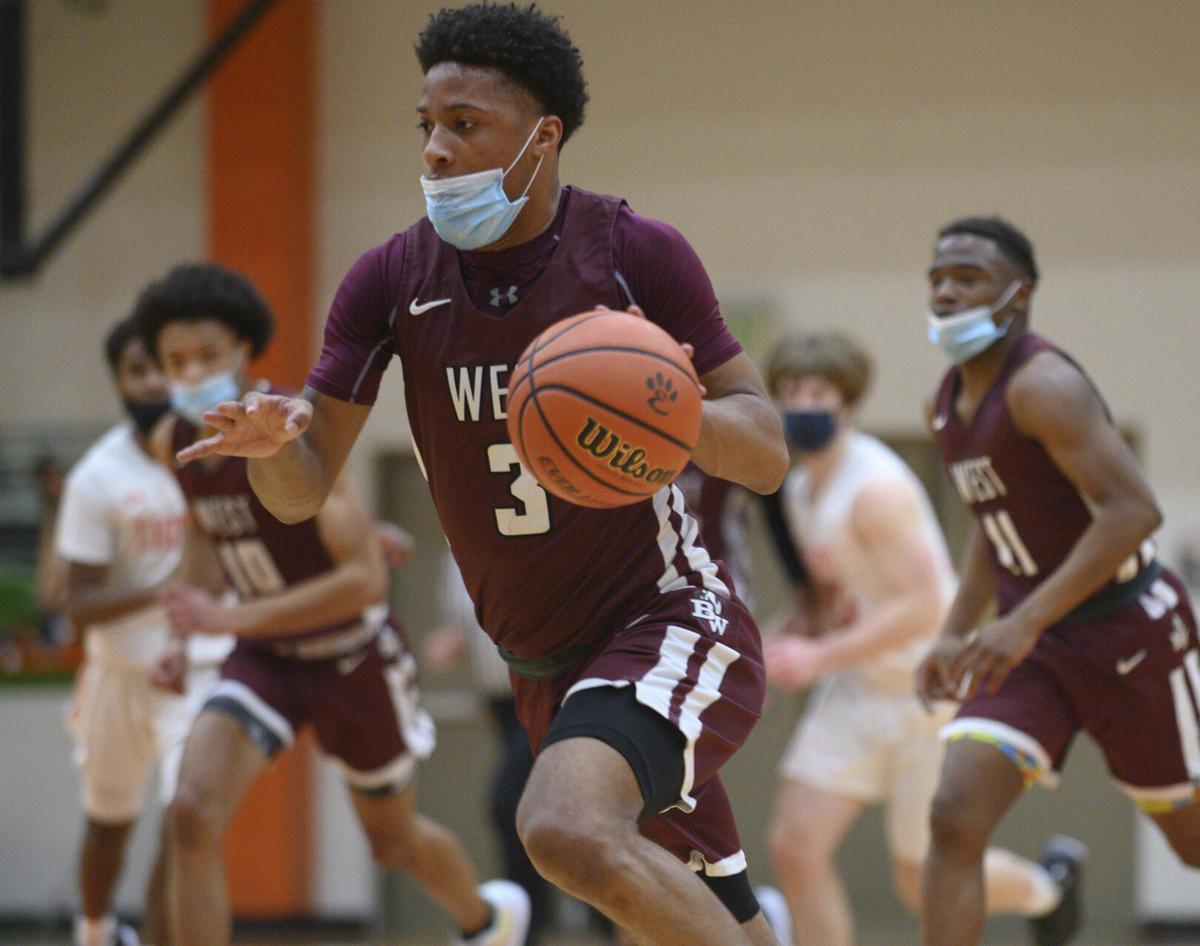 EDWARDSVILLE — The jersey had the number he wanted, but that was the only good thing about the first uniform top handed to Gabe James this season.

The extra-large shirt hung off the Edwardsville High junior boys basketball player at awkward angles every time he ran down the court or tried to shoot. After five games of that, he had enough.

"I told the JV coach, you may have to help me get a new jersey," James said.

Sporting a better-fitting look, James helped the Tigers earn a 58-32 victory against Belleville West in a Southwestern Conference game at Edwardsville High.

"He really wanted No. 23 and when we handed it to him, we didn't realize it was an extra large," Edwardsville coach Dustin Battas said. "Now he doesn't care what jersey, just wants it to be more comfortable. Maybe the better fit helped him (Tuesday)."

Edwardsville (5-1 overall, 5-1 SWC) is off to its best start under third-year head coach Battas and swept the regular-season series against Belleville West for the first time since the 2015-16 season.

"We're certainly happy with the progress," Battas said. "Our program has high expectations and that started long before me and our guys know that. I'm confident in our team and our guys. They are 100 percent Edwardsville Tigers and our program should be very proud of these guys."

"They were switching a lot and on the switch, we took those opportunities to get those wide-open shots," James said.

The Tigers made 7 of 12 3-pointers in the second half as a team after making just 1 of 7 in the opening half.

"I thought we were getting shots in the first half, but we just had a hard time making them early," Battas said. "We didn't change a whole lot at the half, we just reinforced some things that we felt that we were getting against their defense."

Leading the charge on offense was senior Brennen Weller, who had 22 points, seven rebounds and three blocks.

"We just shared the ball and kept doing it and shots started to fall," Weller said. "It was contagious. When someone hits a shot, the next person hits a shot. We were just having fun together."

Weller, who scored his 1,000th career point over the weekend against Alton, showed a little bit of everything on offense as he dished out six assists getting in the lane seemingly at will.

"He's added to his game," Battas said. "He's an all-around player. We have some sets and plays and we trust that he'll make the right play."

Senior Tommie Williams led the Maroons with 15 points and pulled down five rebounds.

As explosive as the offense was in the first half, the Tigers' defense was just as hot, smothering the Maroons to just 11 made baskets out of 42 attempts.

"They're a really good team that's really athletic," Weller said. "It's always good to give them a different look that they're not expecting."

Lions senior guard scored a game-high 22 points in a performance inspired by memory of his father, who died of COVID-19 in April.

SPRINGFIELD, Mo. — Tarris Reed Jr. felt like his Chaminade basketball team had the Kickapoo Chiefs right where it wanted them.