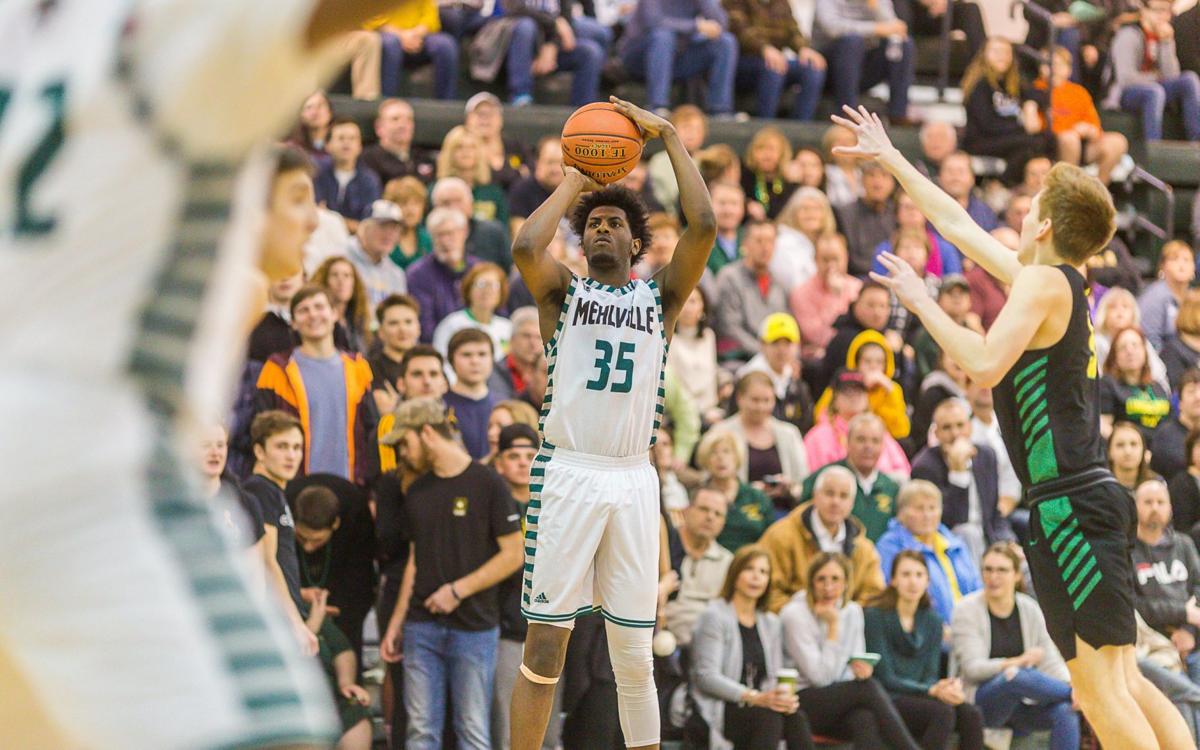 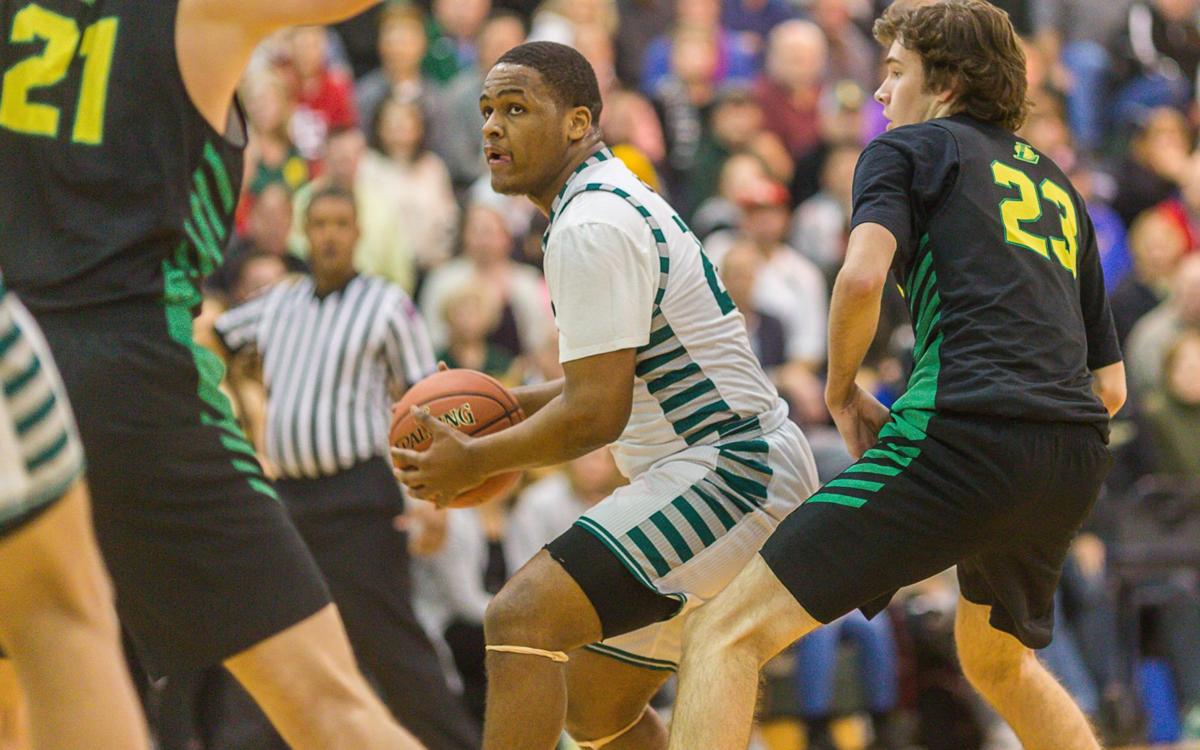 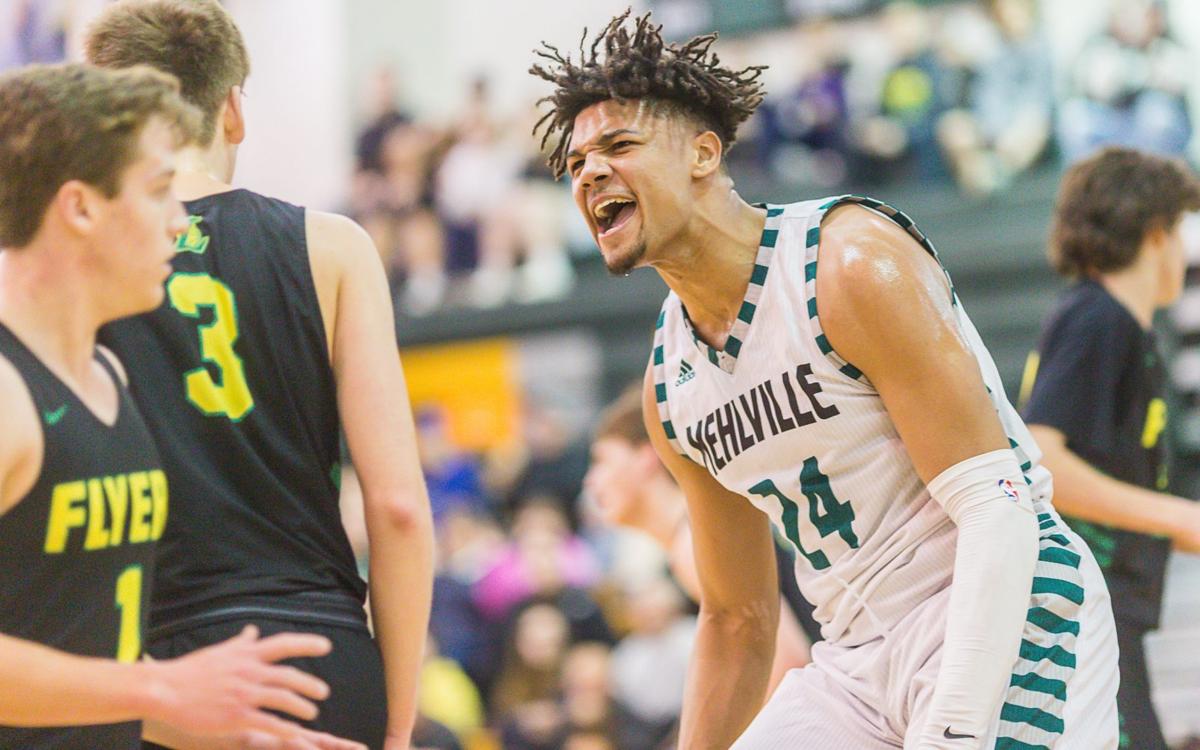 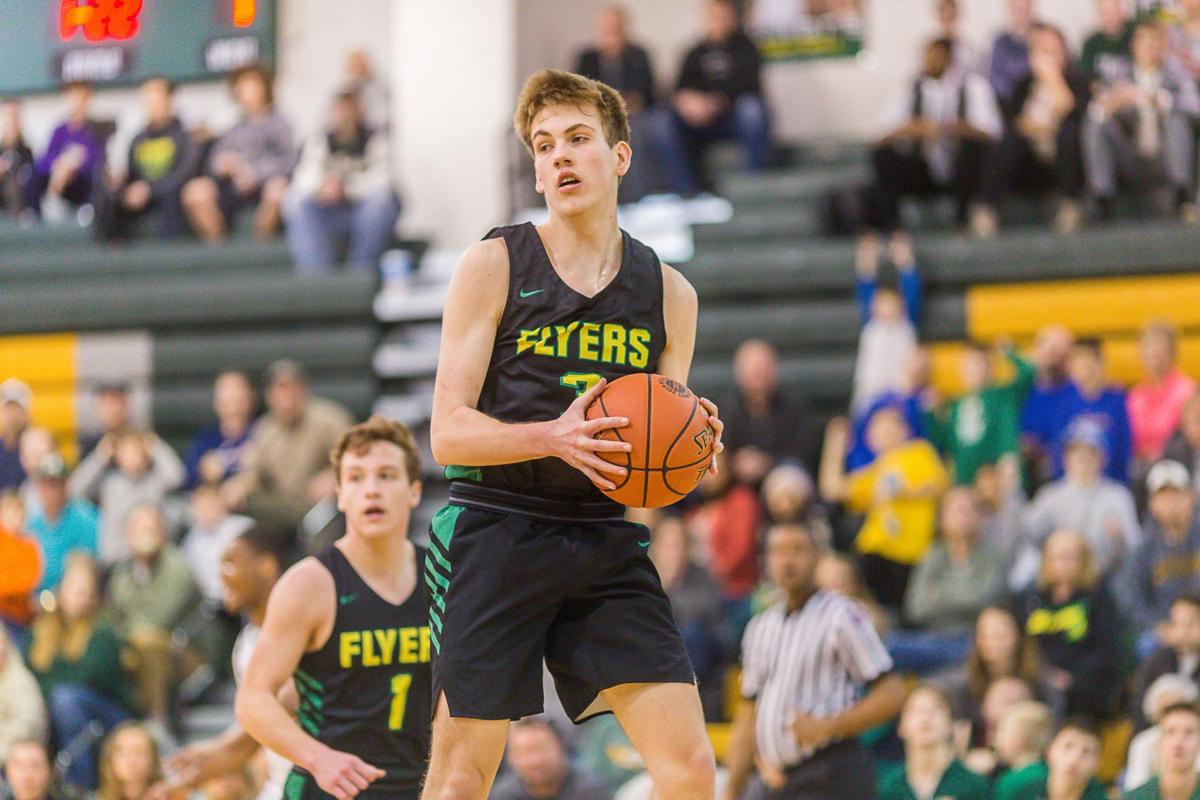 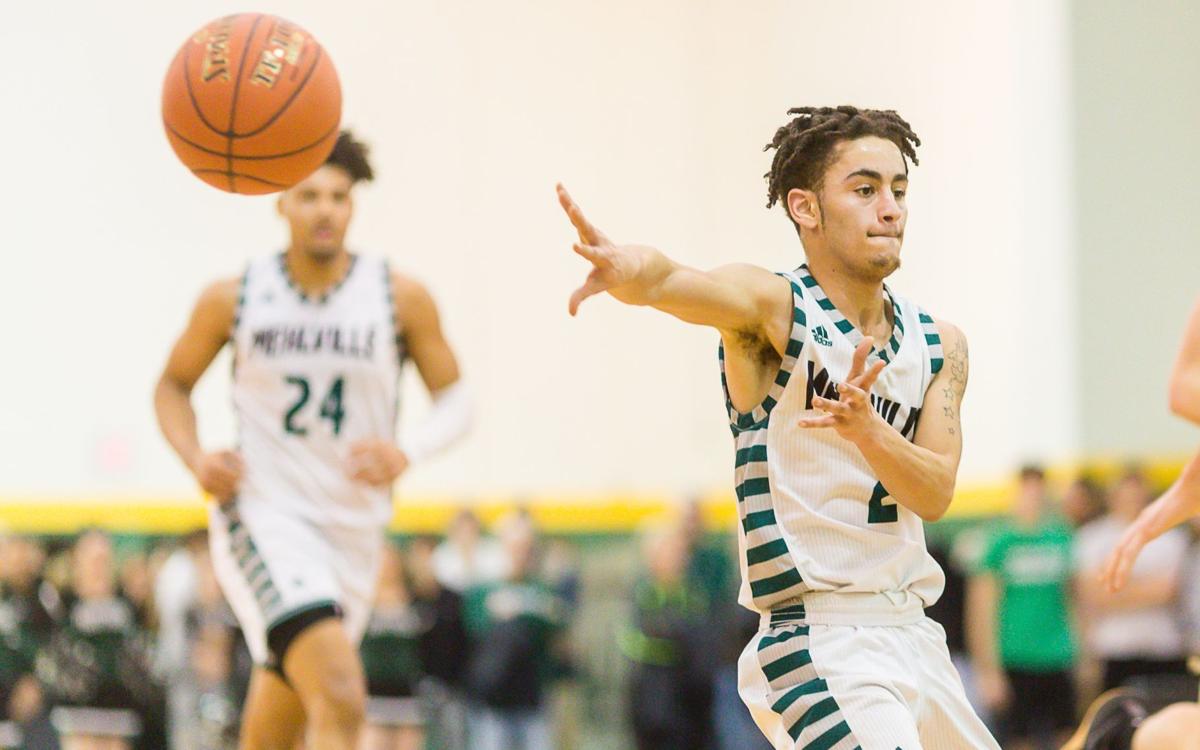 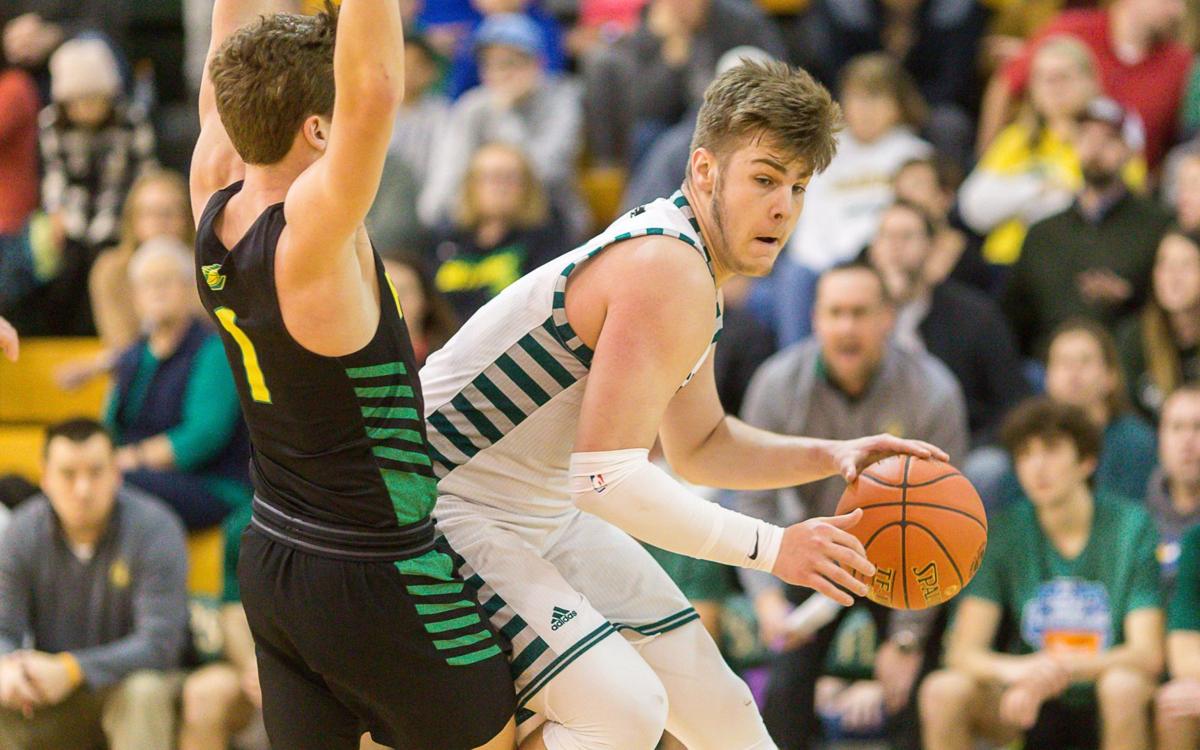 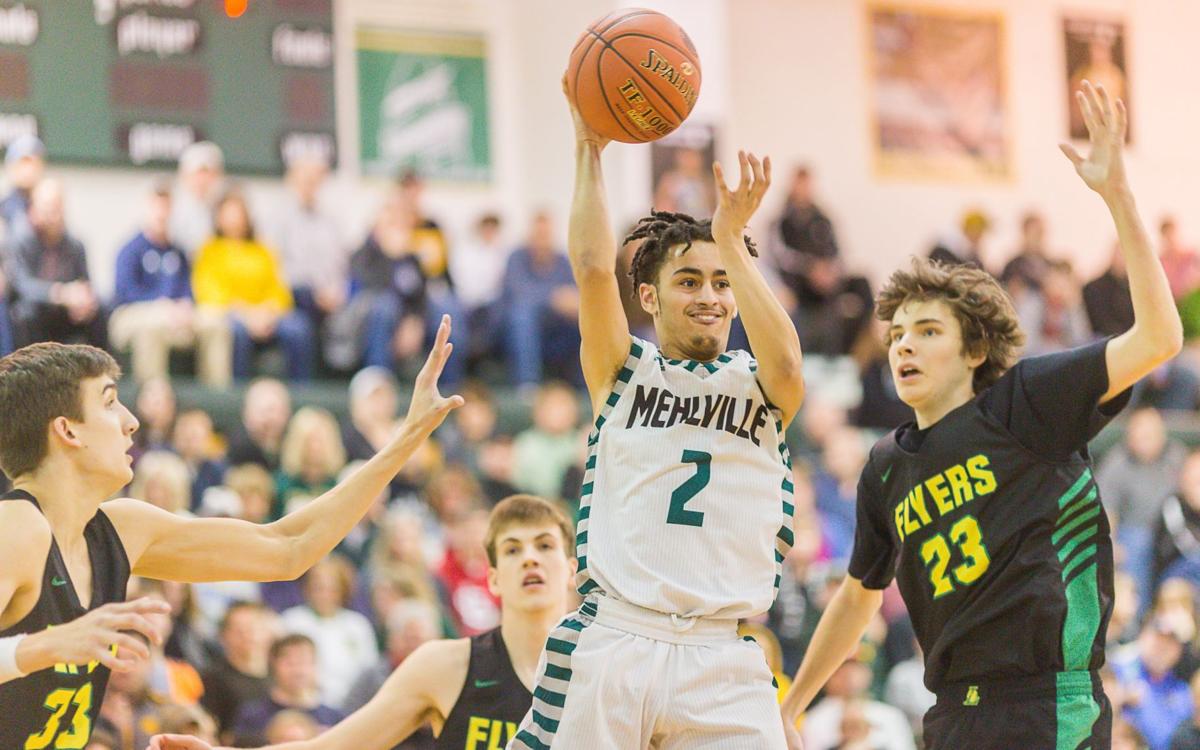 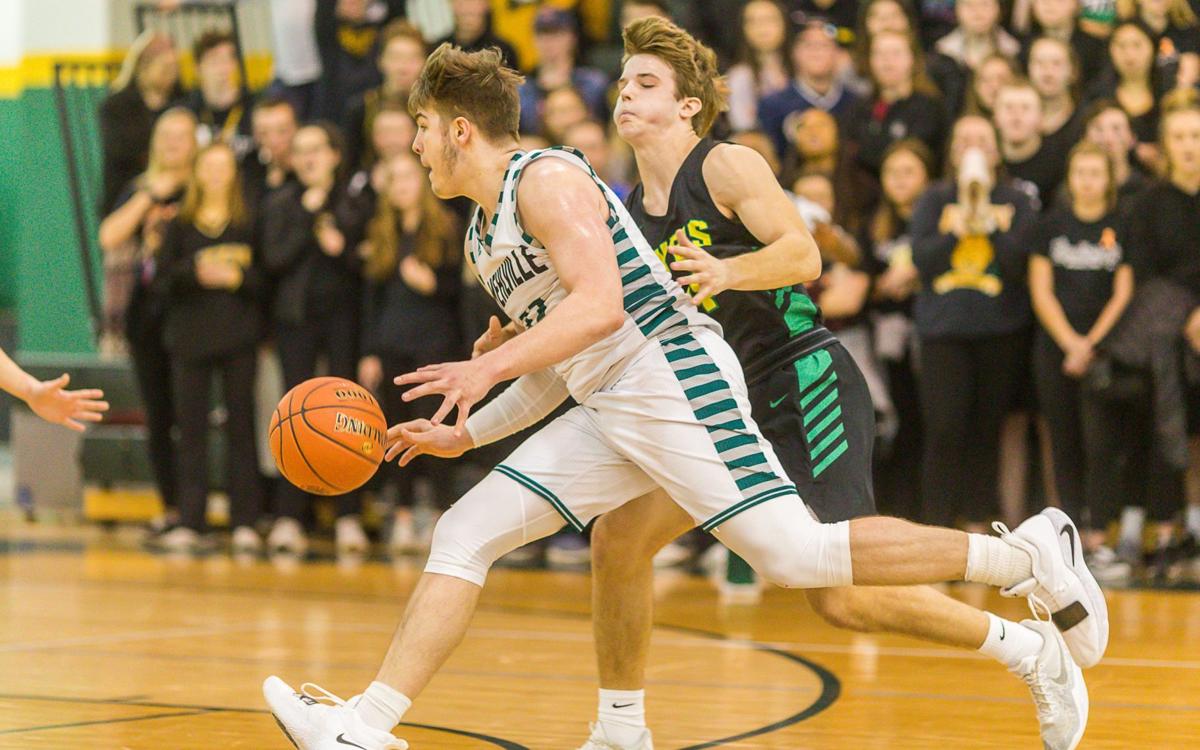 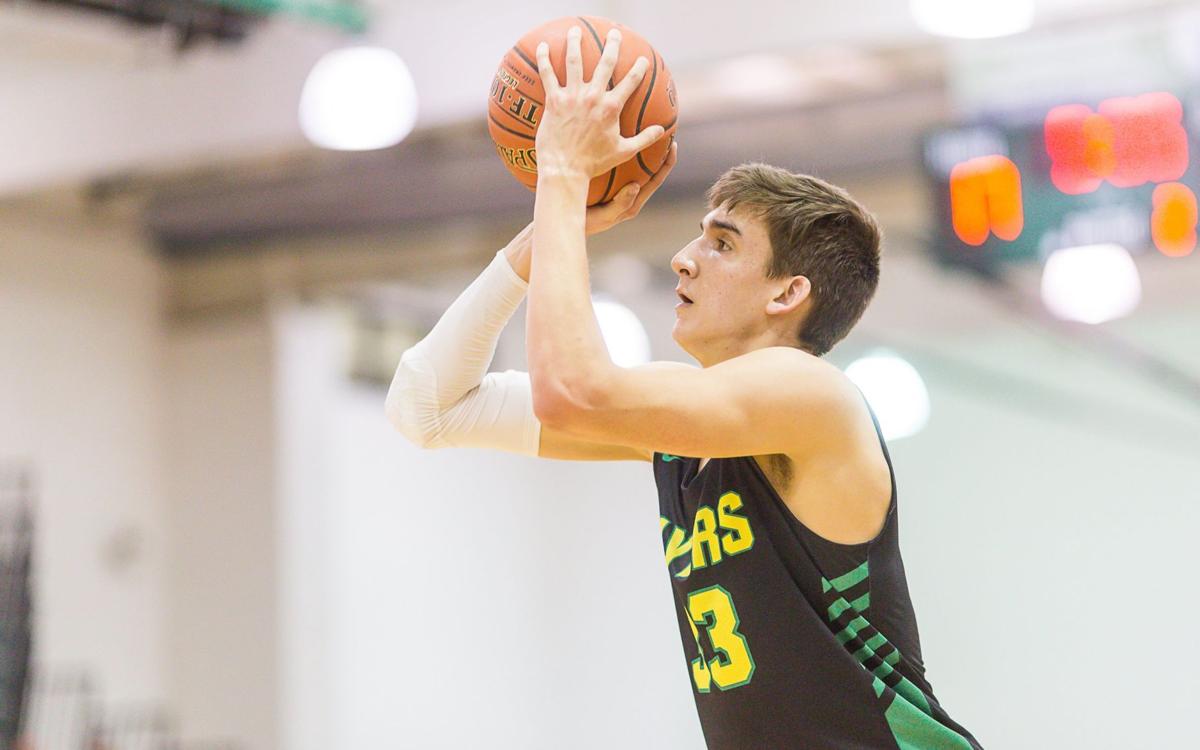 SAPPINGTON • For the first time in more than two decades, the Mehlville boys basketball team has practice in March.

Mehlville smothered Lindbergh for a 53-35 win in the Class 5 District 2 championship Thursday at Lindbergh High.

Mehlville (22-7) advanced to play Jackson (18-10) in a sectional at 6 p.m. Wednesday at Jefferson College. It's the first sectional appearance for Mehlville since 1997. The Panthers have never advanced past the sectional round.

“This means a lot. We've been working for it,” junior center Davion Bradford said. “I'm proud of our team. I'm proud of our coach (Andy Guethle). He pushed us to this limit. Without him it couldn't have been like this.”

It wouldn't have been this way without Bradford or junior forward Lamontay Daugherty. The duo transferred into Mehlville this school year. Bradford (7 feet) and Daugherty (6-foot-7) were a one-two punch Lindbergh could not answer.

Daugherty scored 12 of his 19 points in the first half.

“I was just locked in,” Daugherty said. “I was ready when I got off the bus.”

The 6-foot-11 Lahm doesn't cross many opponents who can see him eye-to-eye, much less bring a power-packed 240 pounds to the paint. With its length and size, Mehlville didn't give Lindbergh many lanes or open looks. It took the Flyers nearly three minutes to score their first basket. They trailed 23-10 at halftime.

“They came out and played really physical and that got in our head a little bit,” Lindbergh coach Jason Wolfard said. “We put ourselves in a hole. That first half, they had their way with us defensively.”

Mehlville junior guard King Waller was key to the Panthers' defensive plans. Missing in action much of the winter as he recovered from a leg injury suffered during football season, Waller has grown more comfortable with each game as he's gotten back into the rhythm of being on the court with the new-look Panthers.

“At first it was kind of hard struggling to hit shots,” Waller said. “What I wanted to focus on when I got back was my defense. I don't really need to score, I have three (Division I) players on my team, that's all I focus on.”

They have been the foundation Mehlville has leaned on this season as it won 20 games for the first time in more than 20 years. In that time frame, Mehlville lost 20 games four times. Thursday was a milestone for this program.

“It's been a long time,” Mehlville coach Andy Guethle said. “We've got good players, that helps.”

Lindbergh (14-11) had its own hopes of ending a lengthy streak.

The Flyers haven't won a district title since 2007. They did what they could in the fourth quarter to keep the dream alive.

Lindbergh started to foul Bradford and send him to the free-throw line. The “hack-a-Davion” strategy paid dividends as Bradford missed five free throws in the fourth quarter. Lindbergh got a pair of 3-point plays from senior Kieran Conboy and Lahm that helped whittle the deficit to 37-30 with 3 minutes and 55 seconds to play. Conboy scored 13 points and had eight rebounds to lead the Flyers. Lahm finished with 11 points and three rebounds.

“Our guys kept fighting and sticking around,” Wolfard said.

It wasn't until Bradford finally cashed out a free throw that Mehlville locked down the win. He hit the second of two at the line to spark a 6-0 run that pushed the lead to 43-30 with 2:42 to play.

“It's kind of nerve-wracking but it's up to me to embrace myself and knock down those shots,” Bradford said.

Guethle didn't know who was next for the Panthers. He said he didn't want to look too far ahead, and after 22 years it's hard to blame him.

Mehlville will celebrate its win Thursday night and then get back to work on Friday, March 1.

“We're going to have to keep working, keep pushing,” Bradford said. “We dreamed for this moment for a long time.”

'The best high school player I've ever seen:' A look back at Kobe Bryant

The first time many of us heard about Kobe Bryant was as a high schooler, when in 1996 Parade Magazine named him to its All-America basketball team for the second year in a row.