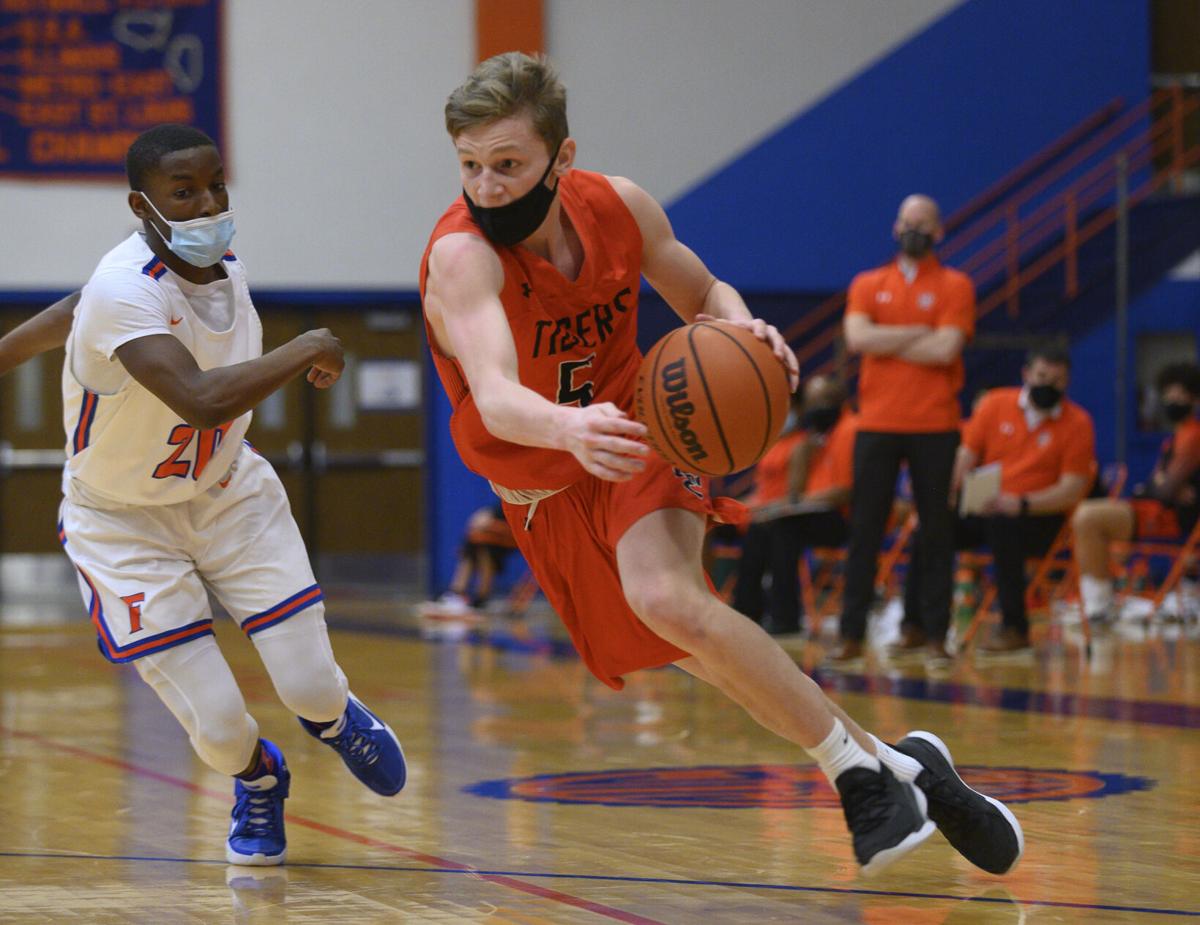 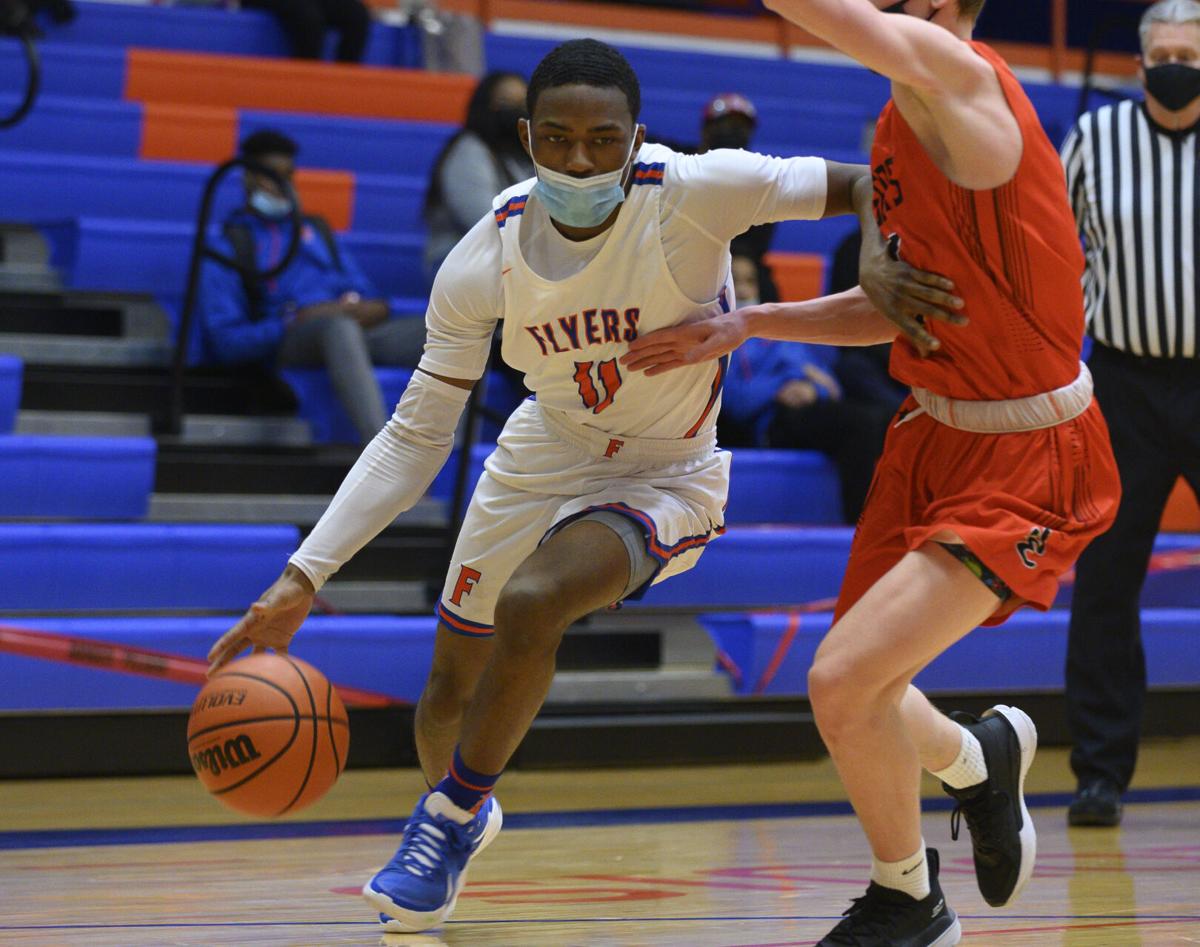 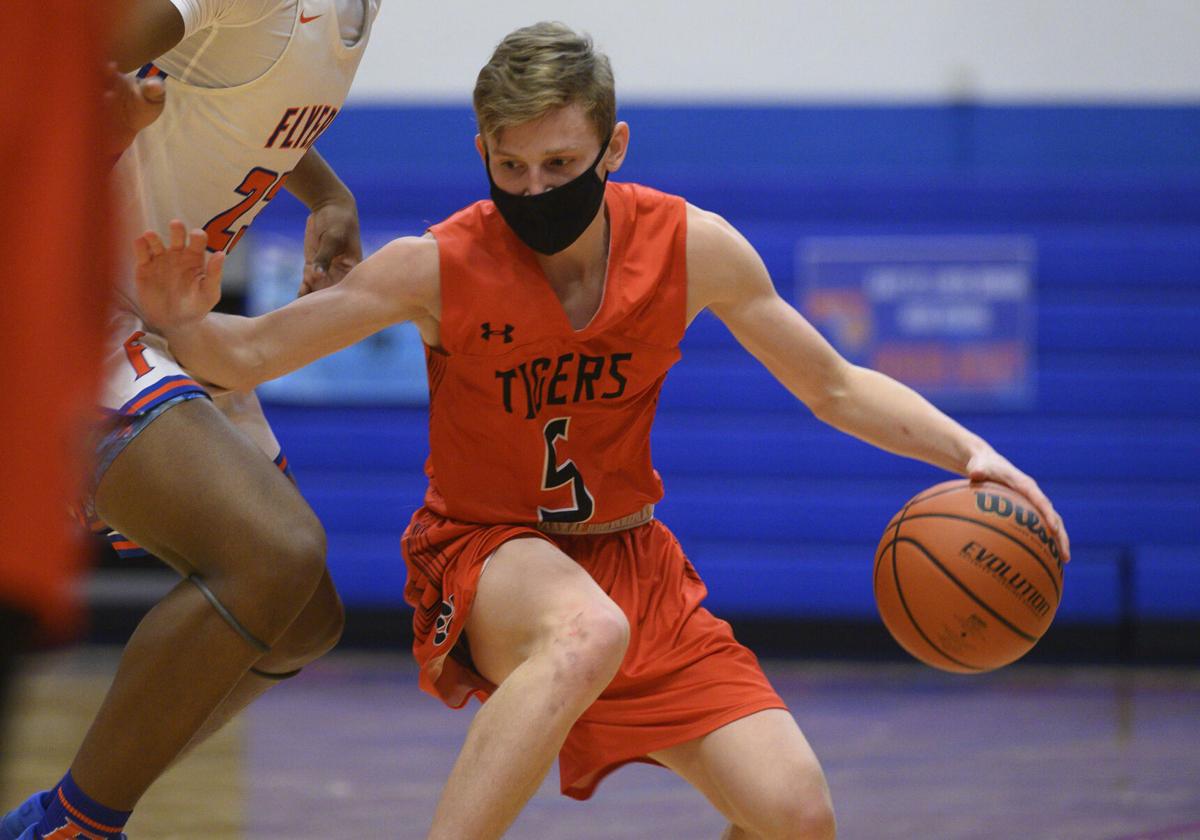 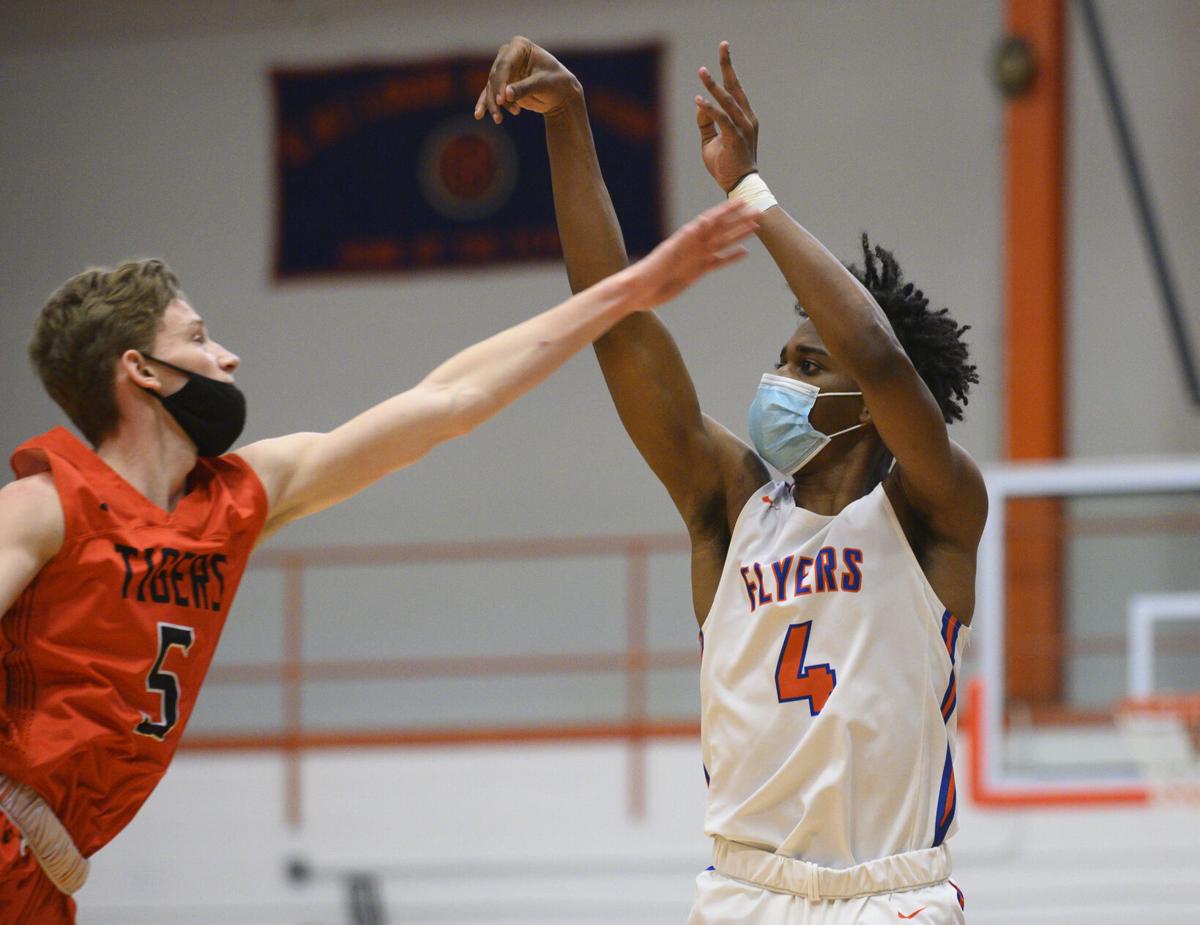 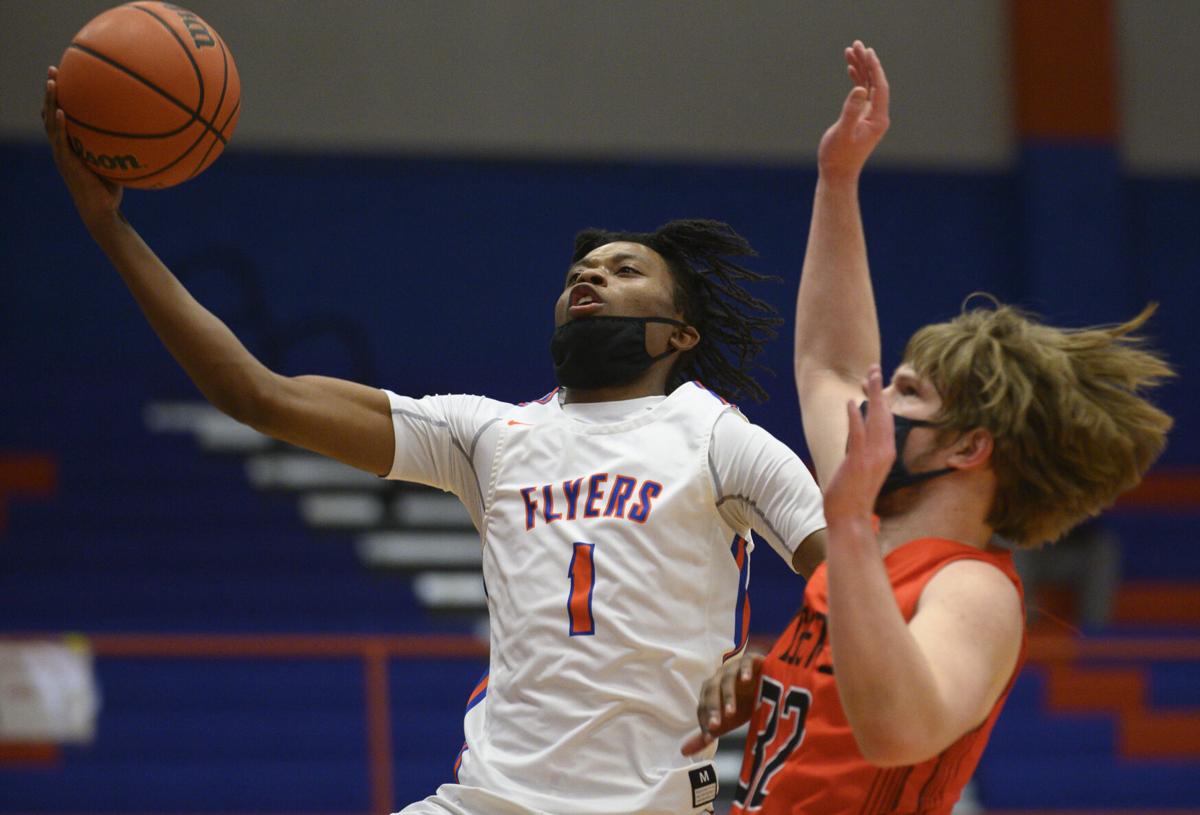 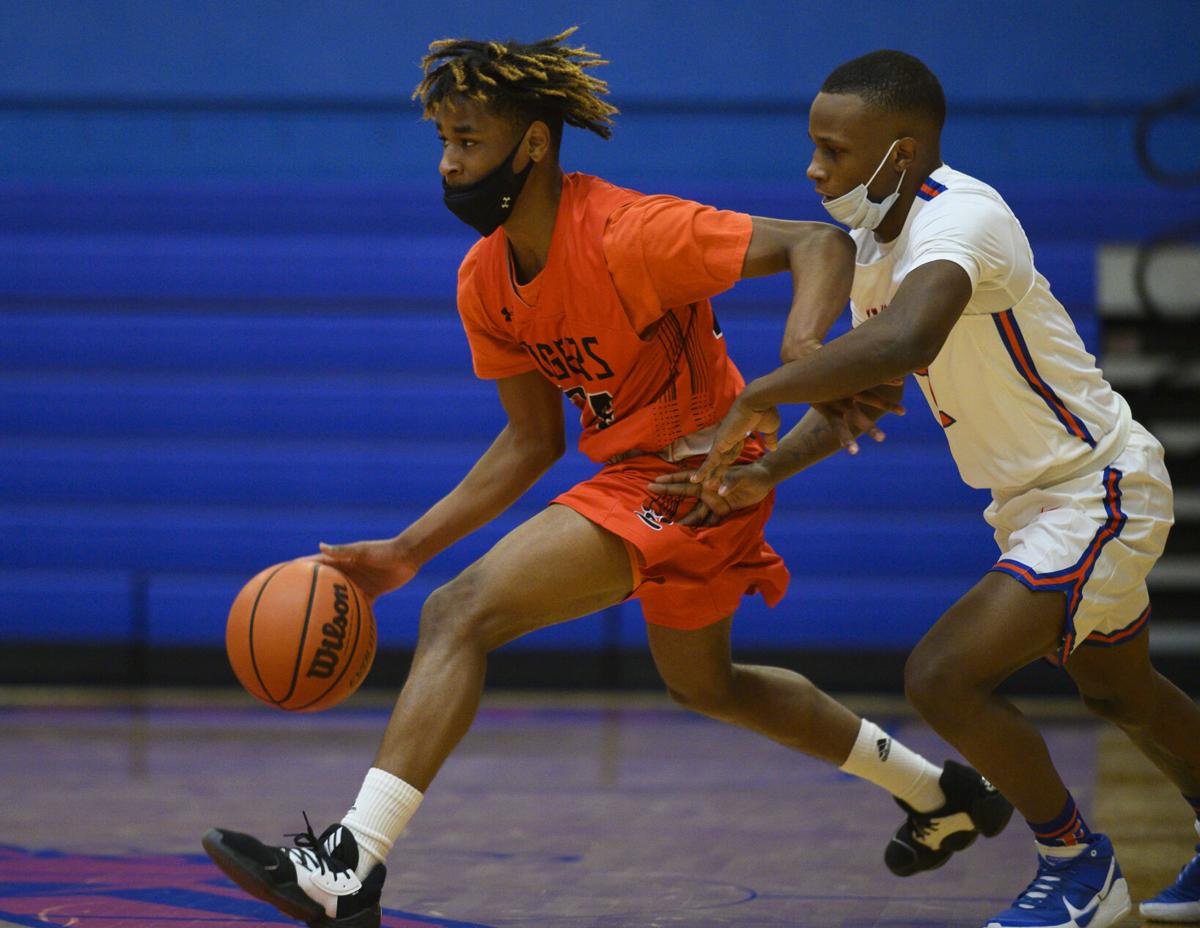 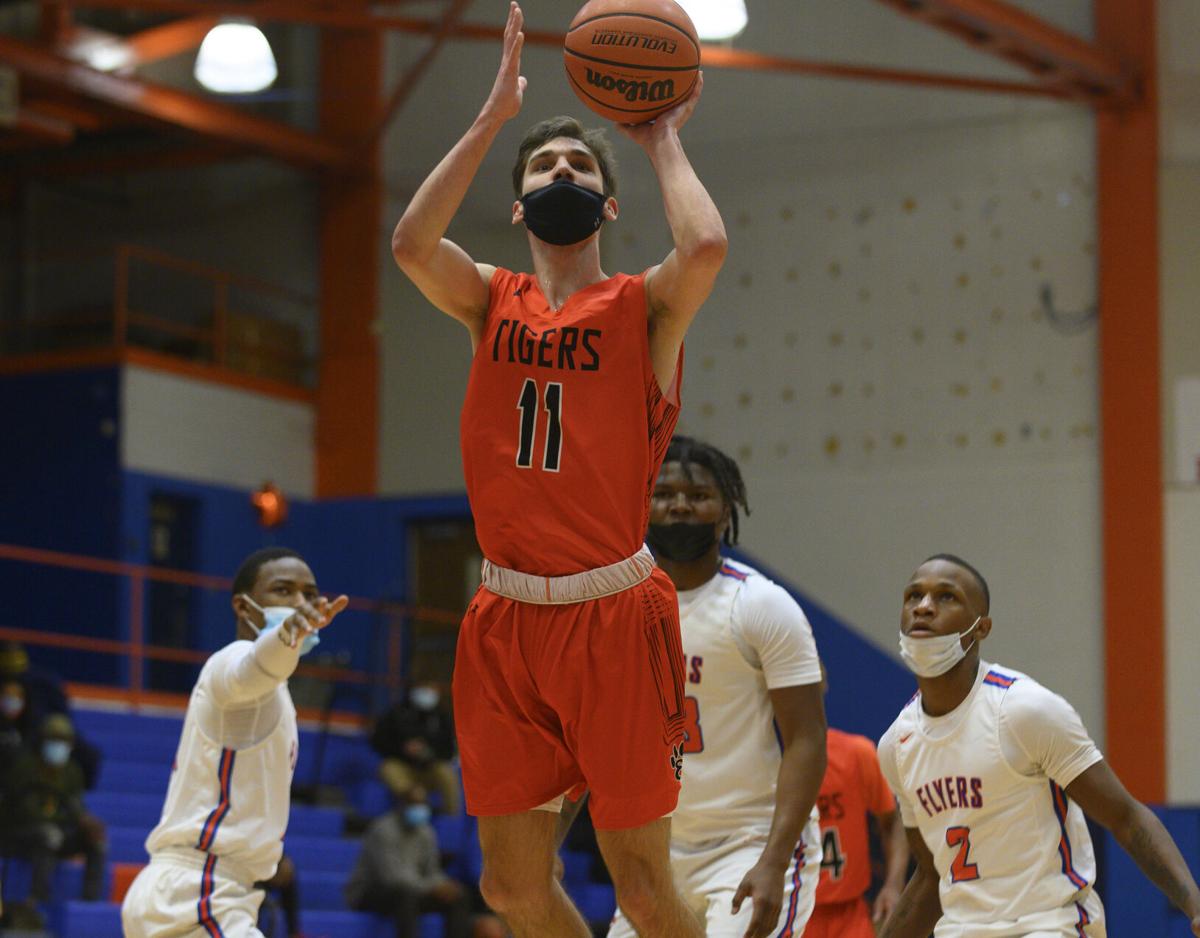 EAST ST. LOUIS — Preston Weaver saw the offense flow in front of him as easily as it had in practice for two days straight.

The Edwardsville High senior guard peered through the trees of the defense and made the right call again and again.

And again for good measure.

"We were getting good looks," Weaver said. "We were taking shots that we could take. It was just executing the game plan.

Weaver keyed an offense that was scorching hot as Edwardsville took down East St. Louis 55-43 on Thursday in a Southwestern Conference contest at East St. Louis.

"Our guys were brilliant tonight," Edwardsville coach Dustin Battas said. "They're so unselfish and play really hard and that's a good combination."

Weaver scored 14 points and dished out six assists against the rangy East St. Louis (6-5, 6-5) defense. The Tigers' offense dished out 15 assists on 19 made field goals.

"A lot of (the offense) was trading a good look for a better look and finding that open man," Weaver said. "We were trying to play as a team and all of us were hitting shots."

The blazing offense shot nearly 60 percent from the field with senior Brennen Weller scoring a game-high 18 points. The 6-foot-5 guard opened up the game with a straight-away 3-pointer that set the tone.

"I like to get going early and start off on the right foot," Weller said. "Sometimes these guys look for me to set the tone and I try to do that."

Edwardsville hit six 3-pointers in the first half, going 6-for-12 from long range against the trapping and swarming East St. Louis defense.

"We have to be prepared for pressure because of the league we play in," Battas said. "We have older and tough guys who kept their cool in those traps."

The Flyers cut the double-digit deficit to seven points midway through the fourth quarter, but could never get over the hump.

"We were out of sync and didn't play well," East St. Louis coach Mark Chambers said.

The Flyers honored six seniors in their final home game of the shortened season. Chambers was pleased with the perseverance that the seniors showed throughout the last two years.

"They've been through a lot of adversity," Chambers said. "Just to stick together and believe in the program and themselves. I'm really proud of them."

With a handful of games left in the regular season before a conference tournament, Battas has been pleased with the development of his team.

"I think our guys get better every day," Battas said. "We have no choice but to play with the hand your dealt. It doesn't mean that you can't maximize your practice time and get a lot of value out of practice."

"It's been a challenge, but I feel like we are getting better," Chambers said. "I would love to coach this team for a whole season. I think we would do some great things. I think we'll do great things in that future tournament."