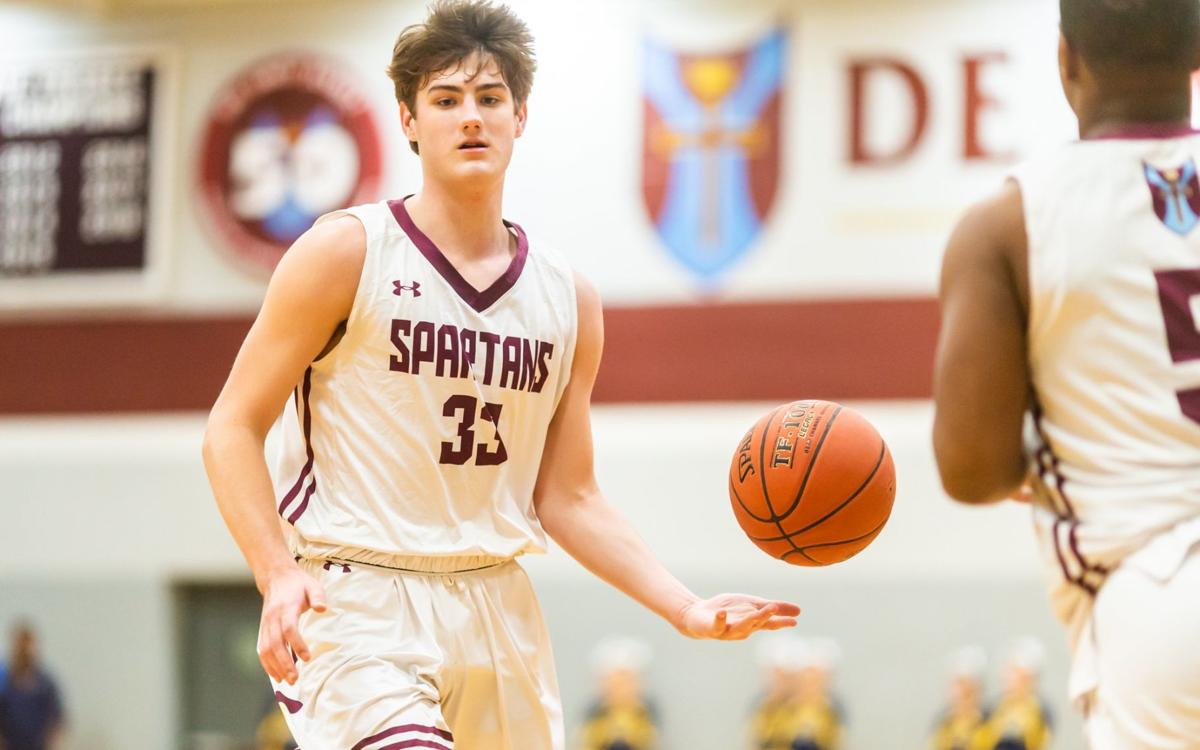 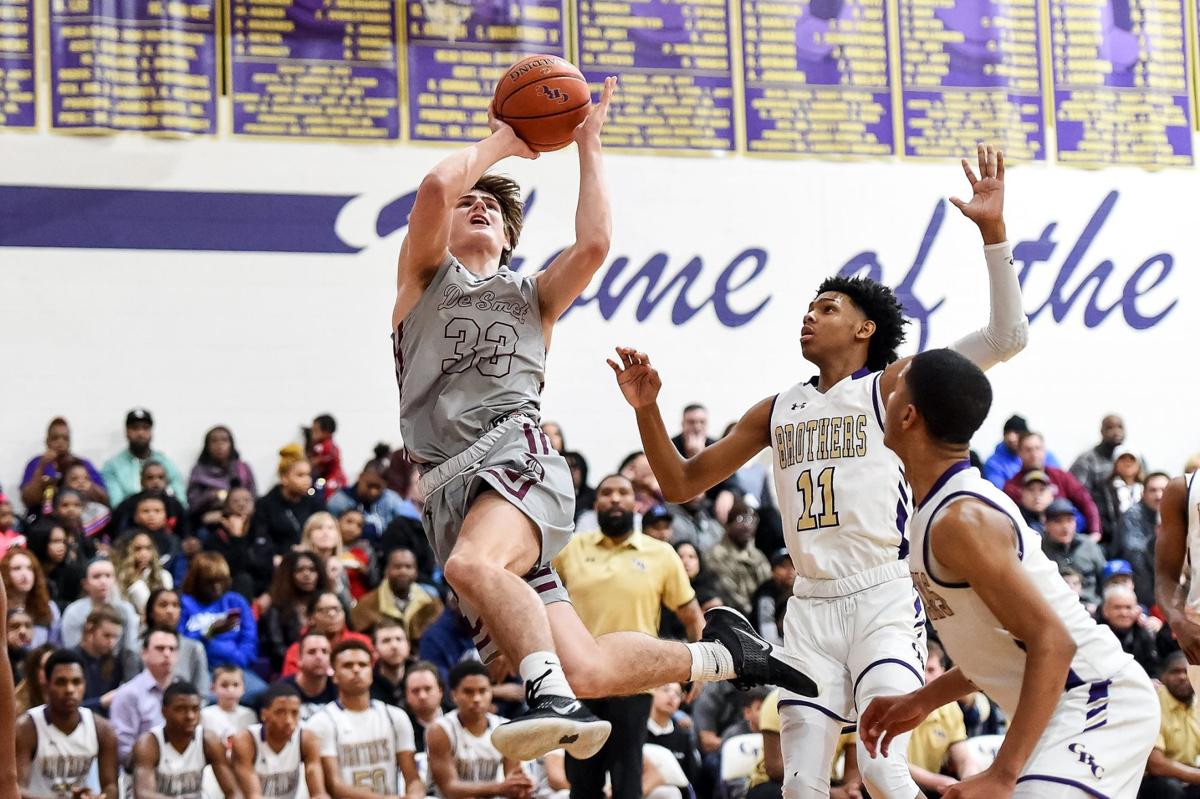 Michael Skoff knew this day would come. He just didn’t think it would come so fast.

A senior swingman for the De Smet boys basketball team, Skoff remembers vividly watching his brother, Sean, and four other seniors be recognized on their senior night in 2017. The only freshman on the varsity roster at the time, Skoff idolized those seniors. They were the ones who showed him how to go about his business every day.

“I was a sponge and sucked everything up,” Skoff said.

When they took the court for their final home game, Skoff thought to himself it would be a long time before his turn came.

A long time to a freshman is a blink of an eye to a senior.

“It kind of snuck up on me,” Skoff said of his own senior night. “How did we get here?”

De Smet’s only senior, Skoff and the Spartans will put the season on the line against CBC in the Class 5 District 6 championship at 6 p.m. Friday at Parkway Central.

The No. 4 large school in the STLhighschoolsports.com rankings, De Smet (22-6) split with Metro Catholic Conference foe and area No. 1 CBC (18-7) in their two meetings this season. The Spartans defended their home court and beat the Cadets 61-45 on Jan. 10. Not only did it end a 16-game skid against CBC, it was De Smet’s first win over its rival since 2013 when it won its last district championship.

That De Smet has gone six seasons without a district title is unprecedented over the last five decades.

Between 1971 and 2013, the Spartans won 31 district plaques. They won nine in a row between 1977 and 1985. They ripped off a streak of eight in a row between 1995 and 2002. There have been two streaks of four consecutive district crowns. Up until 2013, not one class of basketball players graduated without at least one district championship on their resume.

Instead of shrink from the past, the 6-foot-4 and 190-pound Skoff welcomes the chance to change the future.

“It’s a challenge I like to accept,” Skoff said. “We want to play the best and to be the best you have to beat the best.”

De Smet showed it has the ability to do just that.

In their first meeting with the Cadets this season, the Spartans used their size to their advantage in the paint as junior posts Yaya Keita (6-foot-9) and Sekou Gassama (6-foot-10) dominated on the glass and plugged up the driving lanes.

The backcourt of junior Jeremiah Walker and sophomore Brian Taylor were solid on both ends. Forwards Thomas Redmond and Brennan Lovette shot the ball at a high level as they combined to connect on 8-of-12 field goals. Redmond went 3-of-6 from behind the arc by himself.

Even when CBC won the rematch 70-63 on Feb. 21, De Smet walked away feeling encouraged. The Spartans were buried in an avalanche of long-range shooting and turned the ball over for easy transition points the other way in the first half as the Cadets took a 46-25 lead into the locker room. But with an excellent defensive effort and a relentless drive, De Smet clawed its way back to close the gap to 65-61 with just more than a minute to go in the game.

In what could have been a runaway beating, the Spartans chipped away until the end.

“We got down big and fought all the way back,” De Smet coach Kent Williams said. “We gave ourselves a chance when they could have blown us away.”

Skoff hasn’t played since that night at CBC. He injured his ankle in that contest and was held out of his own senior night game against St. Louis U. High. He didn’t play against Pattonville in Tuesday’s district semifinal, either. The Spartans have managed to pick up the eight points and four rebounds Skoff averaged this season from other places.

Skoff remains the team’s top free-throw shooter as he’s made 57 of his 74 attempts for a 77 percent average.

“Mike is a huge part of what we do,” Williams said. “He plays with a lot of energy and a lot of fight. We want to send him out on the highest note possible.”

Williams said Skoff will be a game-time decision. Whether he’s able to take the court or not, Skoff’s presence is vital to the Spartans. He’s been their leader all season. If they want him to keep that job a few more days, they know what they have to do.

“We need to take care of ourselves,” Skoff said. “We need to stay level headed and keep playing. We’ll see who comes out on top.”