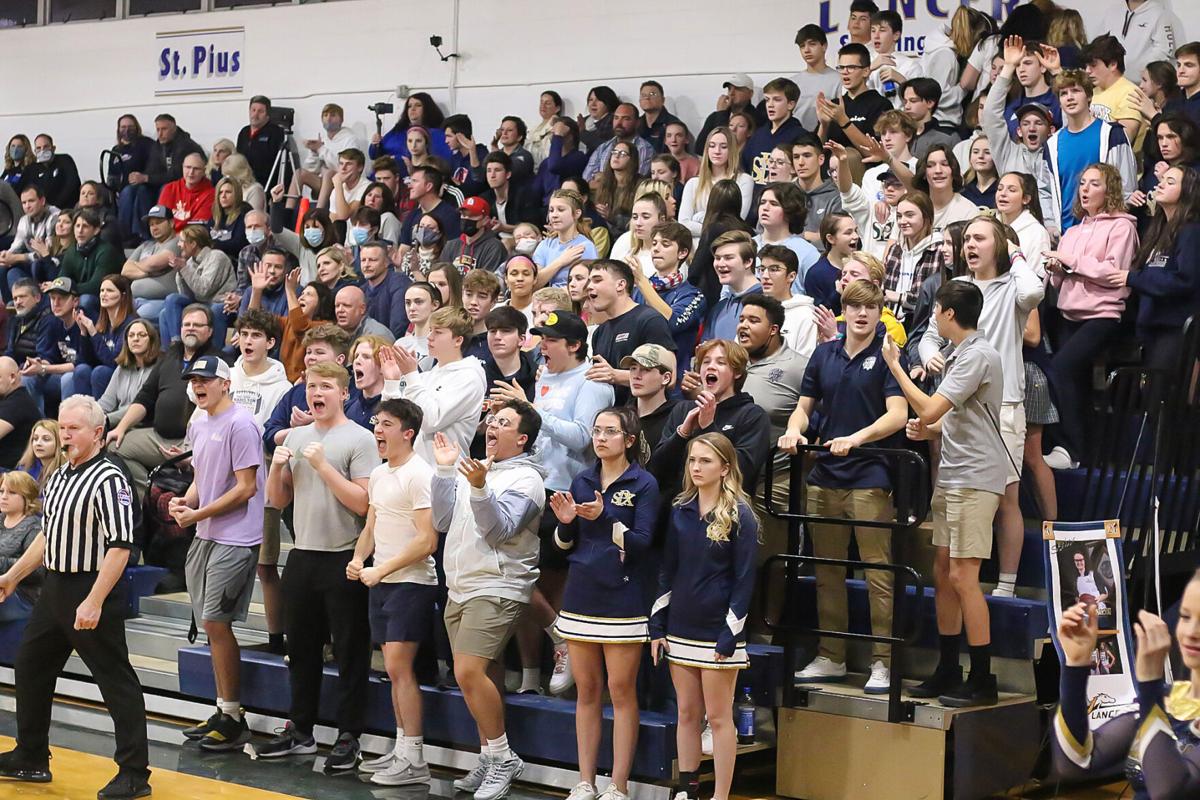 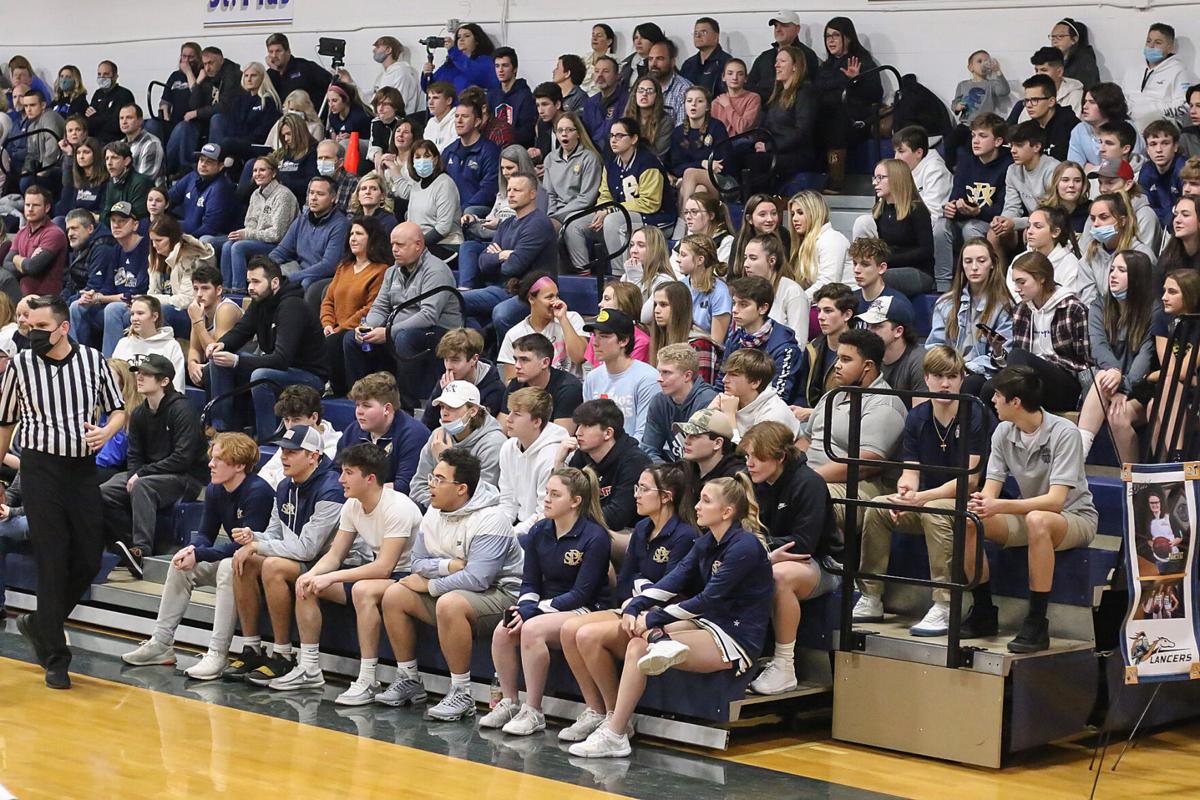 St. Pius’s gymnasium is a bandbox with bleachers on one side. In those bleachers spectators were packed tightly together, the vast majority of which did not wear face coverings. At least one school administrator on site did not wear a face covering.

There was more seating on a stage at one end of the gym. That too was filled with people, many of whom were unmasked.

The St. Pius student section cheered on their Lancers to a 65-55 win over the rival Blue Jays. There were few face coverings in the student section and several of those were under chins and around necks.

It’s an image that’s hard to square in this time of COVID-19 protocols and procedures.

In St. Louis and St. Louis County, there are no student sections. Spectators have been reduced to two people per participant. Everyone in the gym must wear a mask, including the players on the court.

As Illinois began its basketball season in late January, it has followed similar protocols with limited spectators and a mask requirement for everyone, players included.

In Jefferson County, where St. Pius is located, the Jefferson County Health Department’s Board of Trustees recently extended its mask mandate for residents until Feb. 25. It applies to residents over the age of 10 when they are in contact with people in public indoor places. However, there are no penalties for residents who do not adhere to the mandate.

St. Pius has its own protocols in place according to Jim Lehn, the school’s president. He said for sporting events there are a certain number of tickets allotted to both the home and away teams but could not recall the specific policy.

He said masks are encouraged at St. Pius sporting events when social distancing is not possible.

“We make public announcements before the game,” Lehn said.

He said while the school encourages mask wearing and social distancing at games, if these guidelines are not followed there are no ramifications.

Lehn said St. Pius is proud of holding in-person classes five days a week for much of the school year with minimal interruption.

St. Pius went virtual for a brief period in November when “the number of quarantined students due to community exposure outside of the school reached a point where we decided to transition to virtual learning for a week,” according to a news release on the school’s website.

“Knock on wood, we’ve had zero cases at the moment and no spikes,” Lehn said. “No one has traced anything back to the school.”

The St. Pius boys basketball team is slated to begin play in the Class 3 District 4 tournament Saturday. St. Pius is the No. 3 seed and will host No. 6 seed McKinley.

This season, the Missouri State High School Activities Association has altered its postseason procedures for district tournaments. Before the pandemic all the games in a district tournament were played at a host site. DuBourg has been designated the host site but will only host a semifinal it participates in and the district final while the other games will be played at the higher seed’s home.

McKinley, located in McKinley Heights near Soulard in St. Louis, has been subject to the more stringent protocols of the St. Louis City Department of Health that include masks and bi-weekly COVID-19 testing for all participants and reduced spectators.

McKinley athletics director and boys basketball coach Drew Simmons said the parents of his players aren’t all on board with traveling to play at a place where protocols are much more lax.

“My parents have expressed a level of concern,” Simmons said. “I put my students' health and safety in front of everything.”

Due to the stringent protocols in the city, McKinley has been quarantined twice this winter due to contact tracing, according to Simmons.

“We haven’t had a positive case,” he said. “I’m taking extra precautions to ensure my boys' safety.”

St. Pius X High School in Festus will enforce mask wearing and limit the number of spectators at sporting events after the Archdiocese of St. …

Lions senior guard scored a game-high 22 points in a performance inspired by memory of his father, who died of COVID-19 in April.

SPRINGFIELD, Mo. — Tarris Reed Jr. felt like his Chaminade basketball team had the Kickapoo Chiefs right where it wanted them.