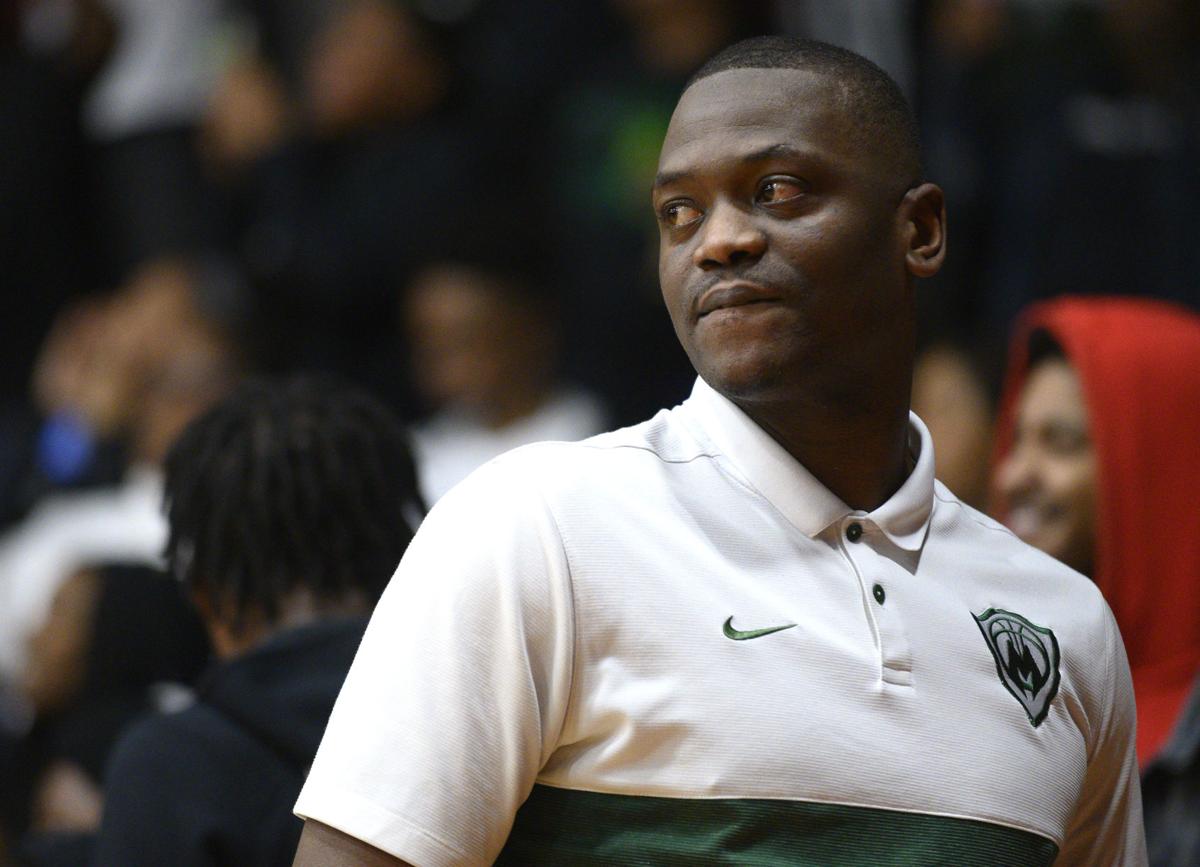 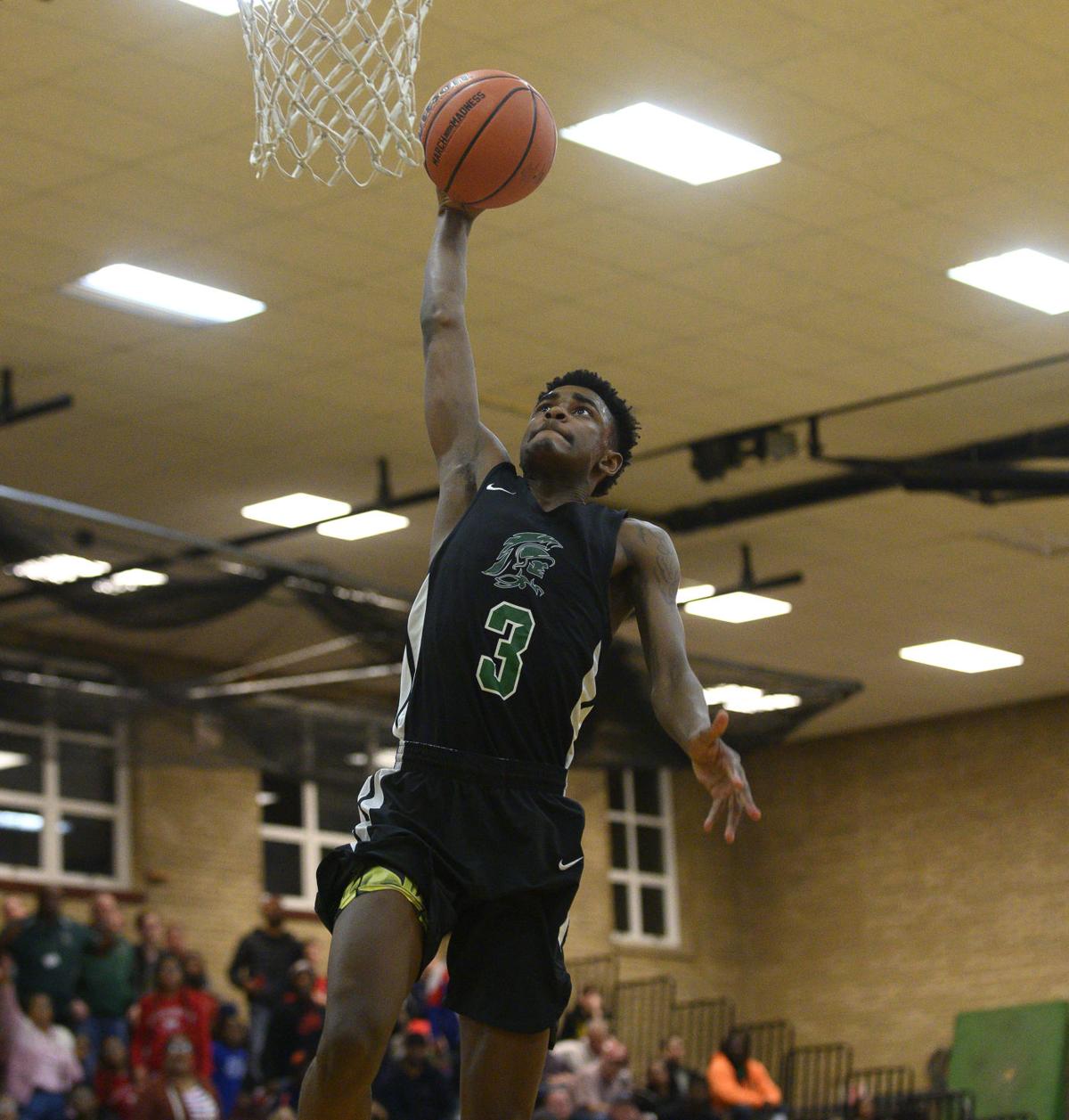 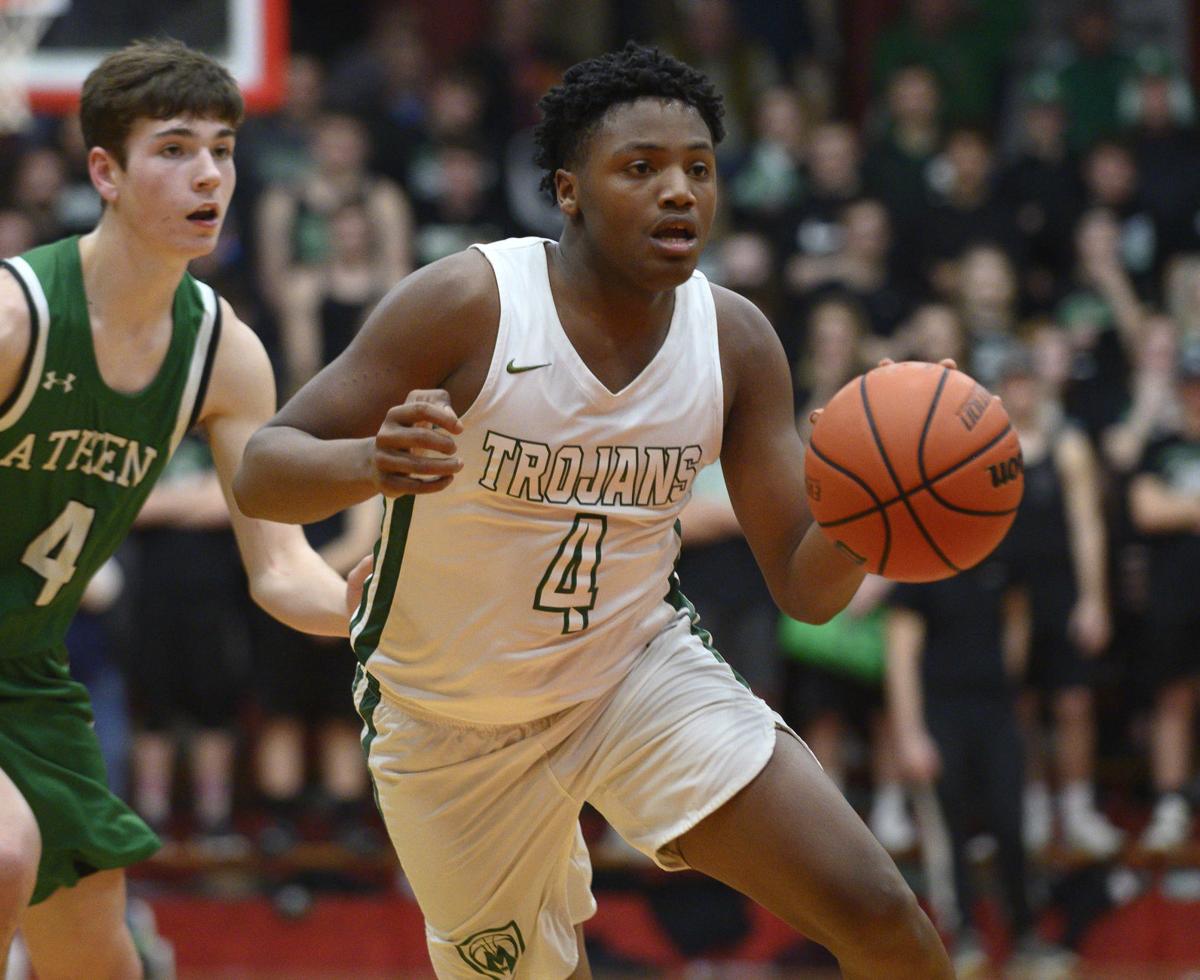 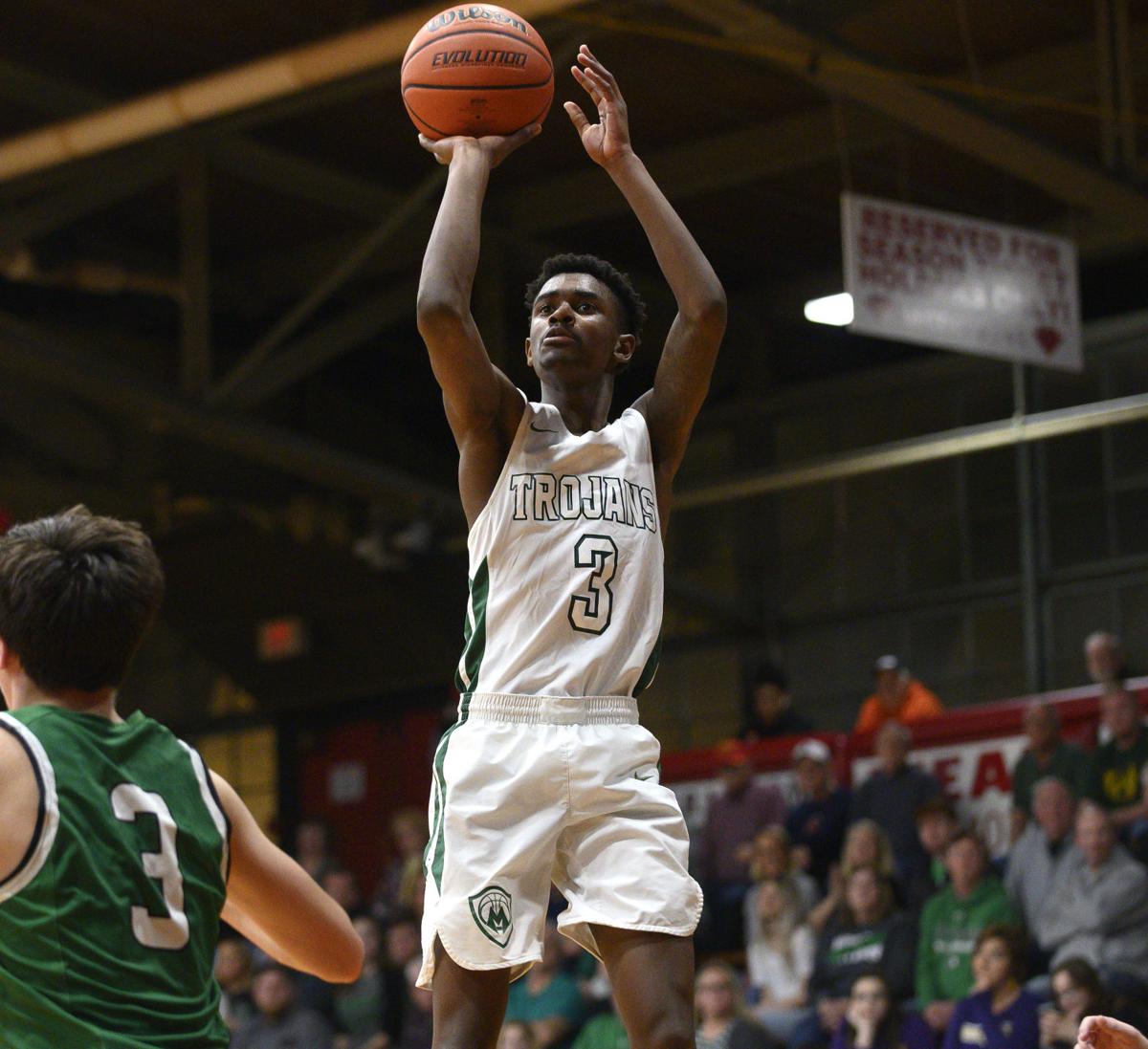 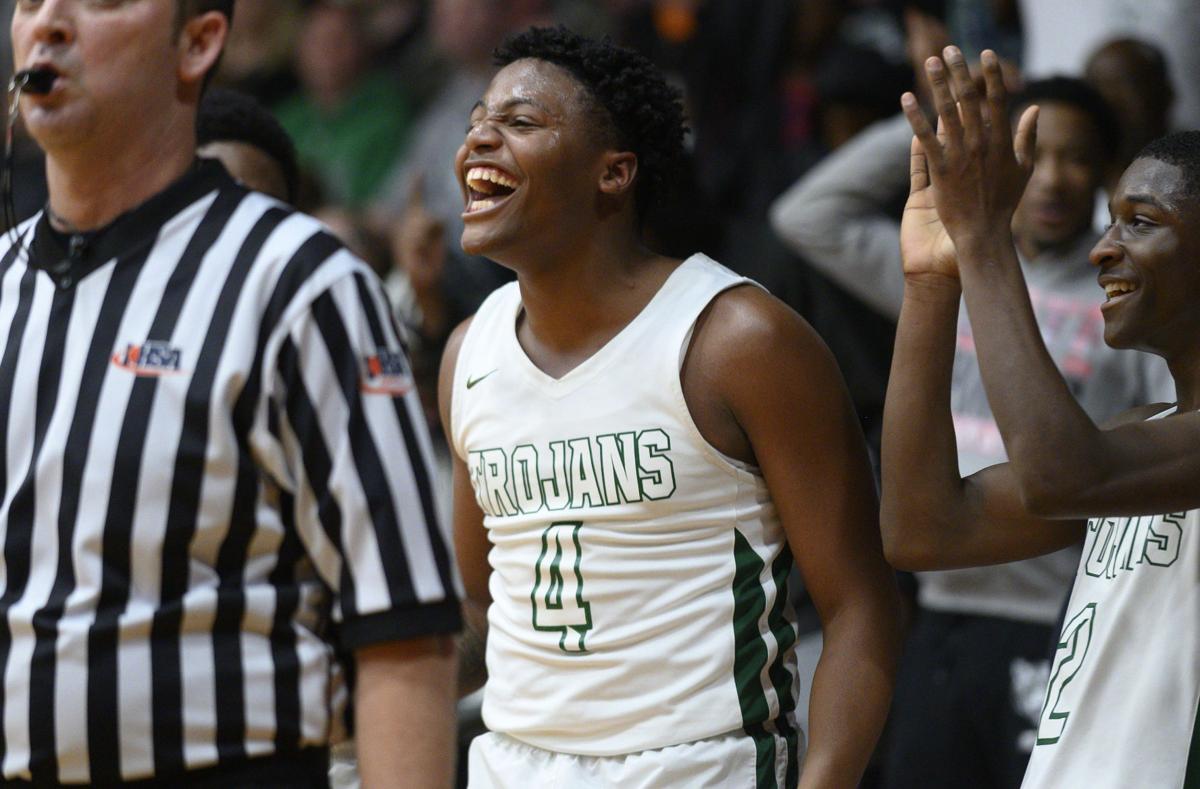 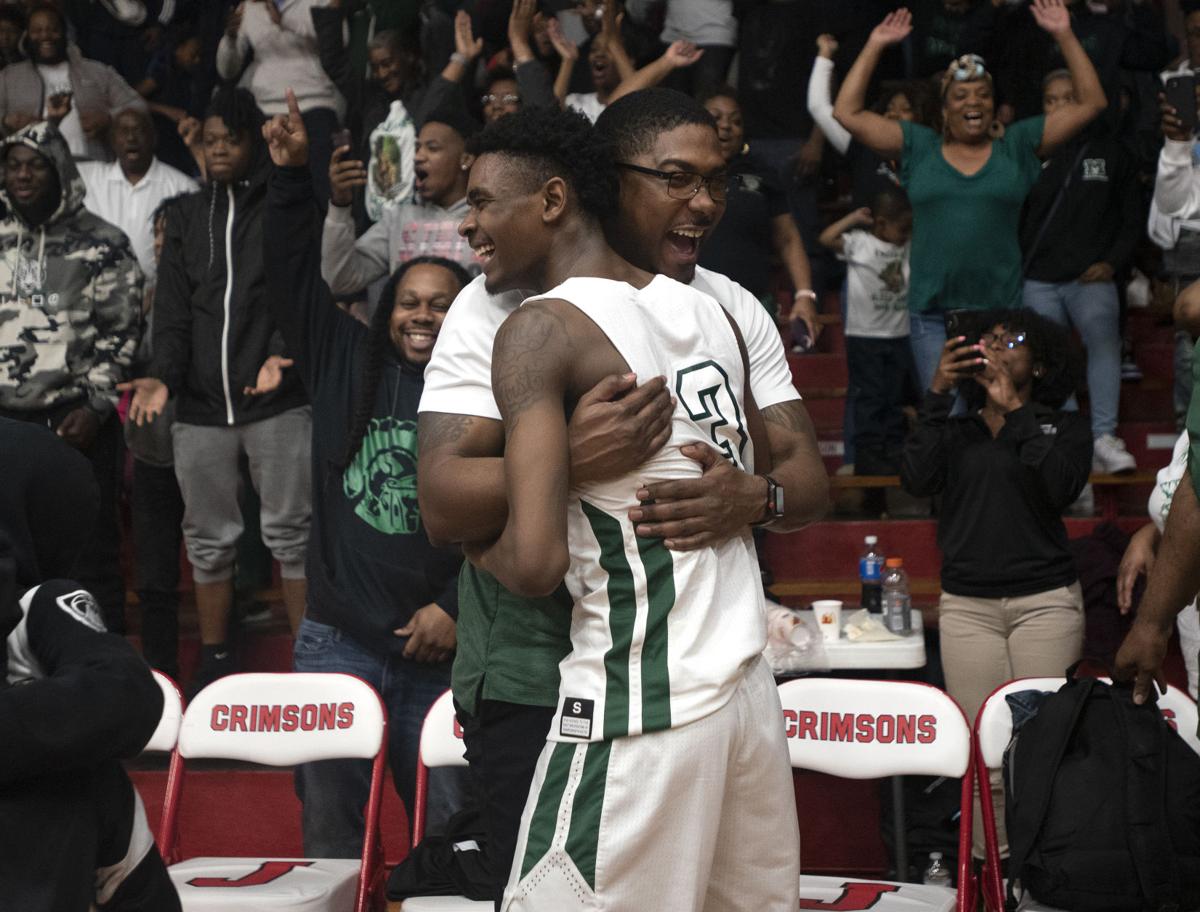 PEORIA — Maurice Baker can vividly remember watching his nephews try to hold a basketball at the age of six.

Even back then, the Madison coach knew Javonnie Moore and Erwin Baker Jr. would make their marks at Madison one day.

On Tuesday, his nephews fulfilled their uncle's prophetic vision when they helped Madison reach the Class 1A semifinal round with a 68-43 victory over Athens in the Jacksonville Super-Sectional.

"I've been dreaming about this moment since the fifth grade when my brother went to state," Moore said.

Madison last reached the final four in 2013. Moore's older brother, Marquis Borney, averaged 21 points per game that season to lead the Trojans, who finished second in Class 1A.

Baker led the Trojans to the quarterfinal round as a player in 1997. He's ready to enjoy this moment with his nephews as their coach and their uncle.

"It's special because we can go home and I don't have to be coach," Baker said. "When we go home, I'm the uncle, I'm not the coach."

Baker Jr., a sophomore who has played a vital role for Madison this year, can't remember everything his uncle has taught him about basketball. But one thing in particular stands out.

"The one thing I remember is that you never let anyone outwork you," Baker Jr. said. "You have to put in more work than the next guy."

Baker Jr. lived up to that motto with seven hard-earned rebounds and four assists as Madison pulled away from Athens in the super-sectional round. He also went 4-for-5 at the charity stripe to seal the victory.

The uncle-coach line sometimes get blurred on the court, Baker said, admitting that he finds himself pushing his nephews extra hard in practice or in a game.

"Sometimes, but I love those guys. This group of kids is special," Baker said.

Moore has loved every minute of having his uncle as his coach. It's led to an improvement on offense as the 6-foot-1 guard is averaging over 19 points a game. His 692 points are the sixth most in the area.

"He pushes me to make sure I get better every day," Moore said. "Sometimes I do give him some attitude, but I appreciate and love that he taught me the game of basketball."

Moore scored 17 points in the win over Athens, including 10 in the second half. He also pulled down seven rebounds and deflected two passes that led to steals.

That drive to make his nephews and the rest of the team reach a new level helped Baker as a player at Oklahoma State. Baker averaged 16.4 points per game in two seasons with the Cowboys before a 15-year career as a professional player.

He played in five games at the NBA level as a member of the Los Angeles Clippers (one game) and the Portland Trailblazers (four games), and spent time playing in Russia, Syria and Mexico. He also played for the Dakota Wizards and Santa Cruz Warriors of the NBA Development League until his retirement in 2016.

Baker's experience at the highest level and the Trojans' will to improve each season, has helped Madison reach the top, even after it lost in back-to-back sectional finals.

"We have to put the work in early in the offseason," Baker said. "It was like two-a-days with weight lifting and box jumping. Getting to state was the motivation right there."

Moore is happy he's helped his alma mater get back to the semifinal round, but he and the Trojans know the job to bring back the ultimate hardware isn't finished.

"It's going to take everyone's all," Moore said.