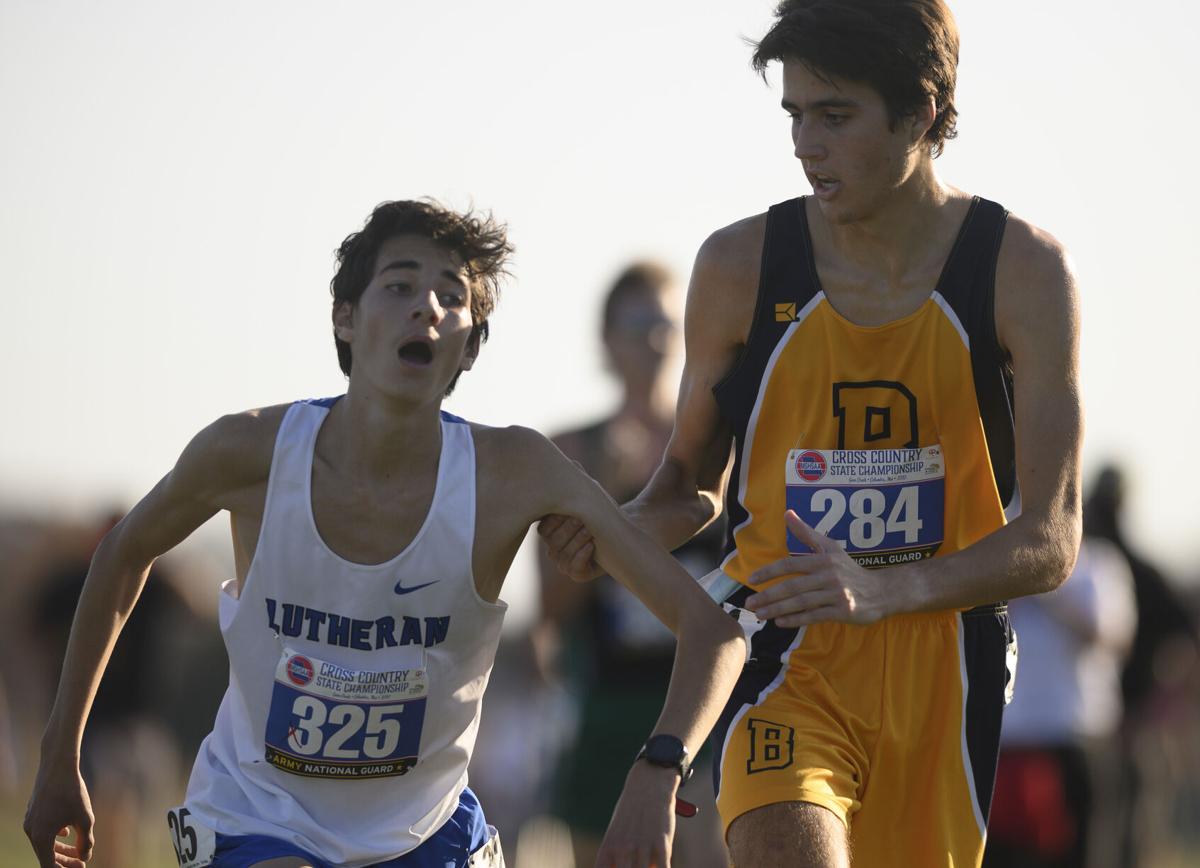 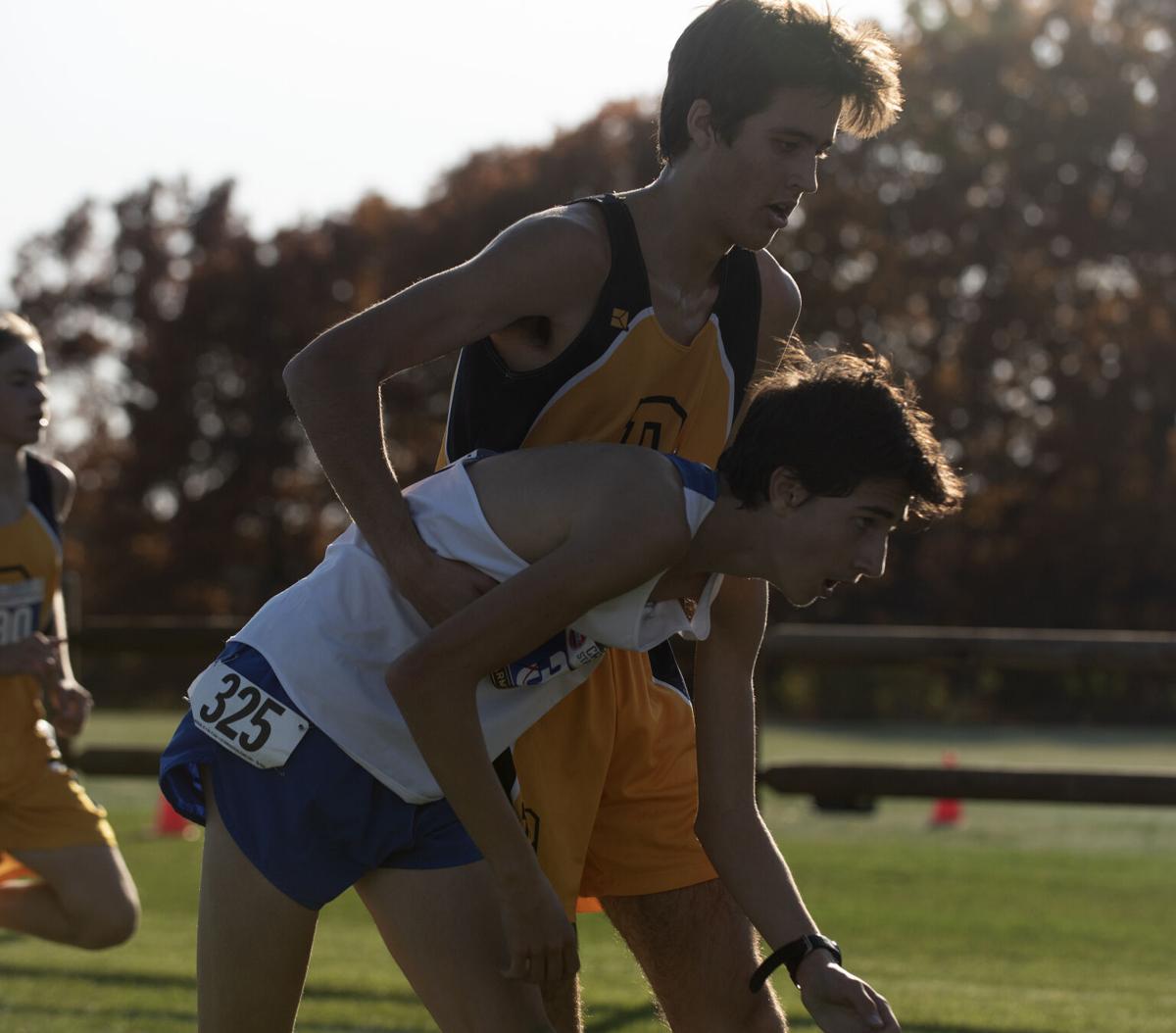 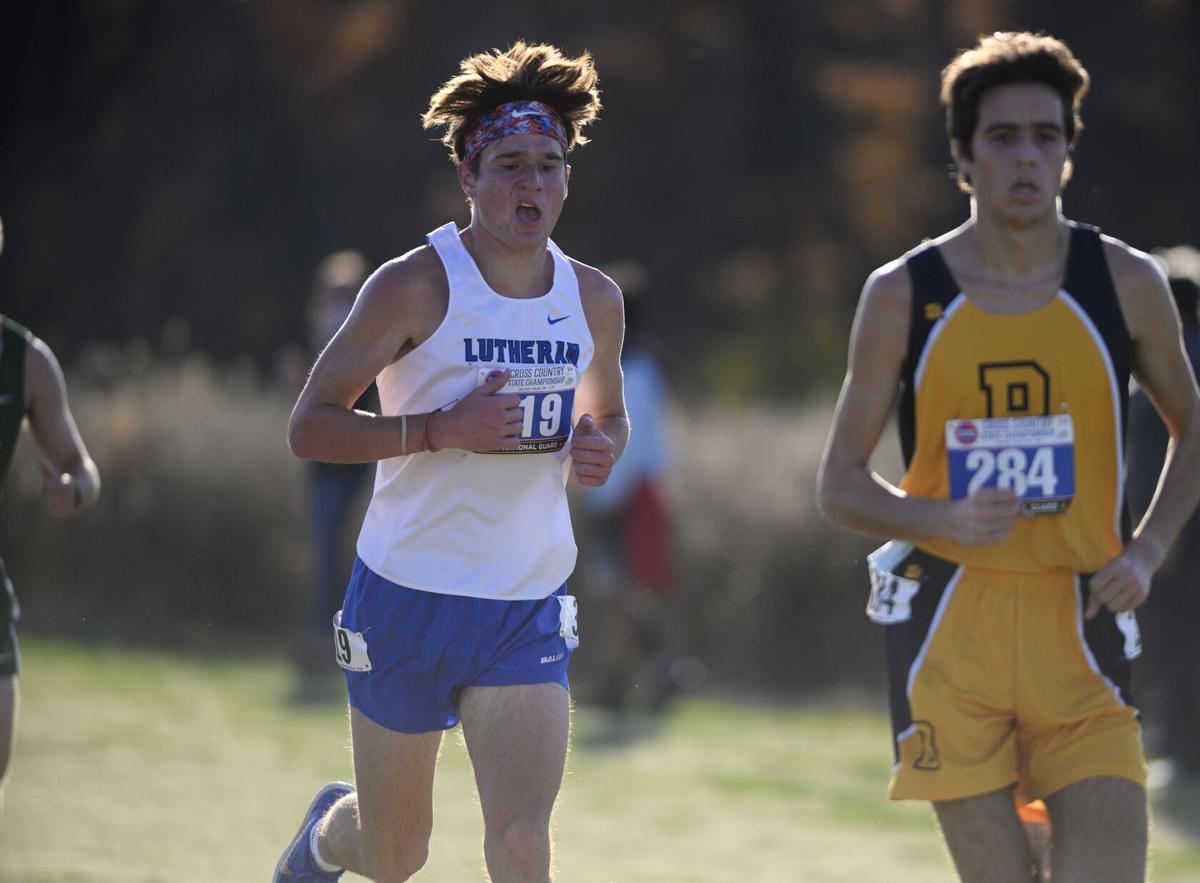 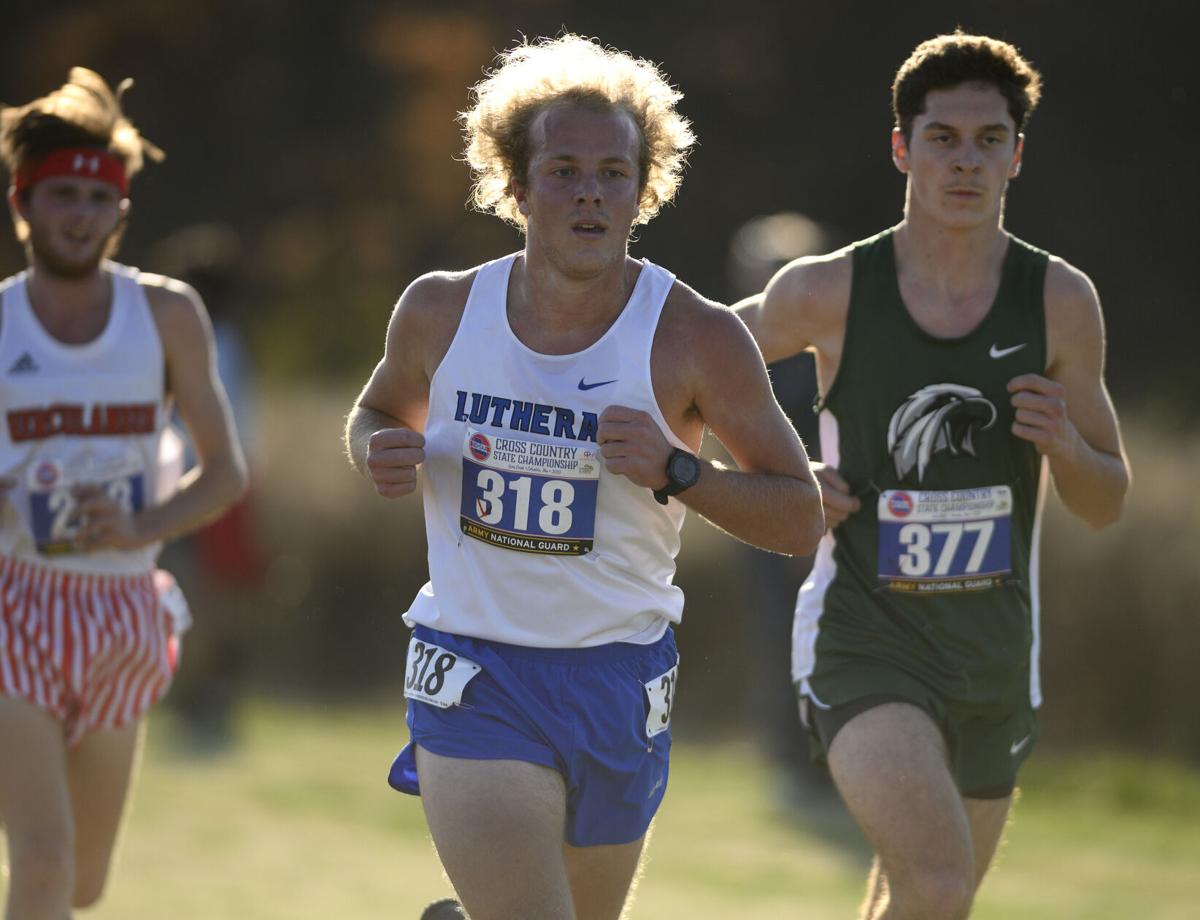 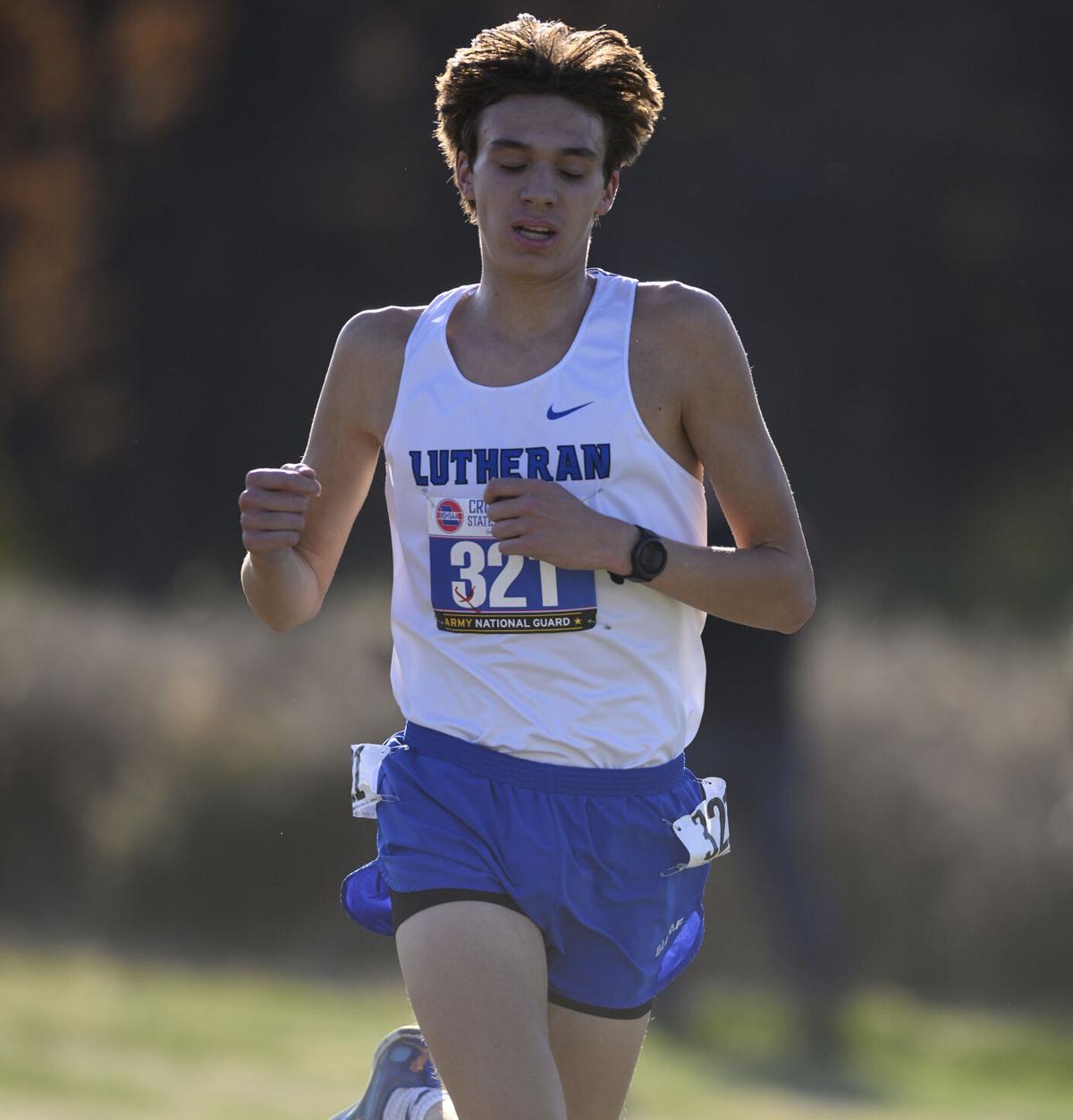 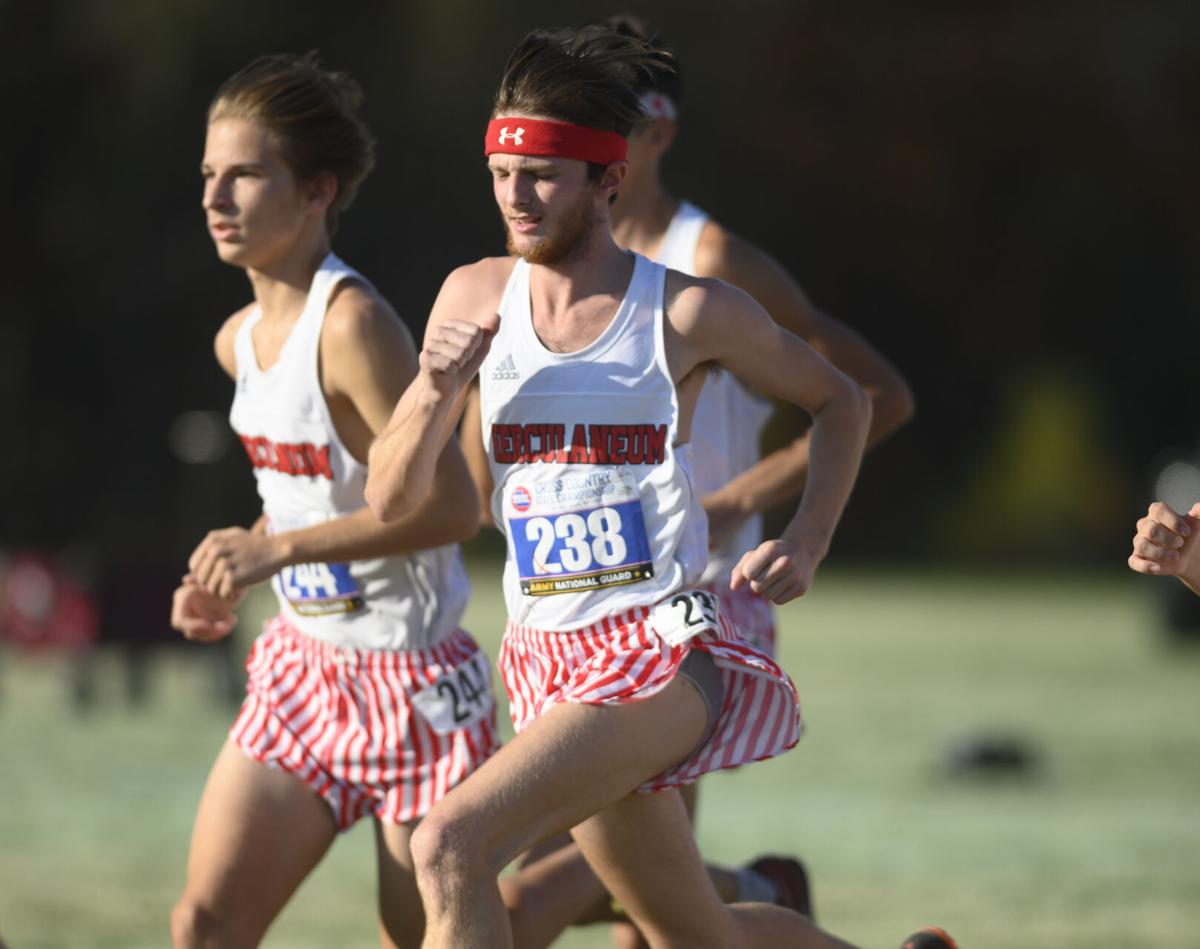 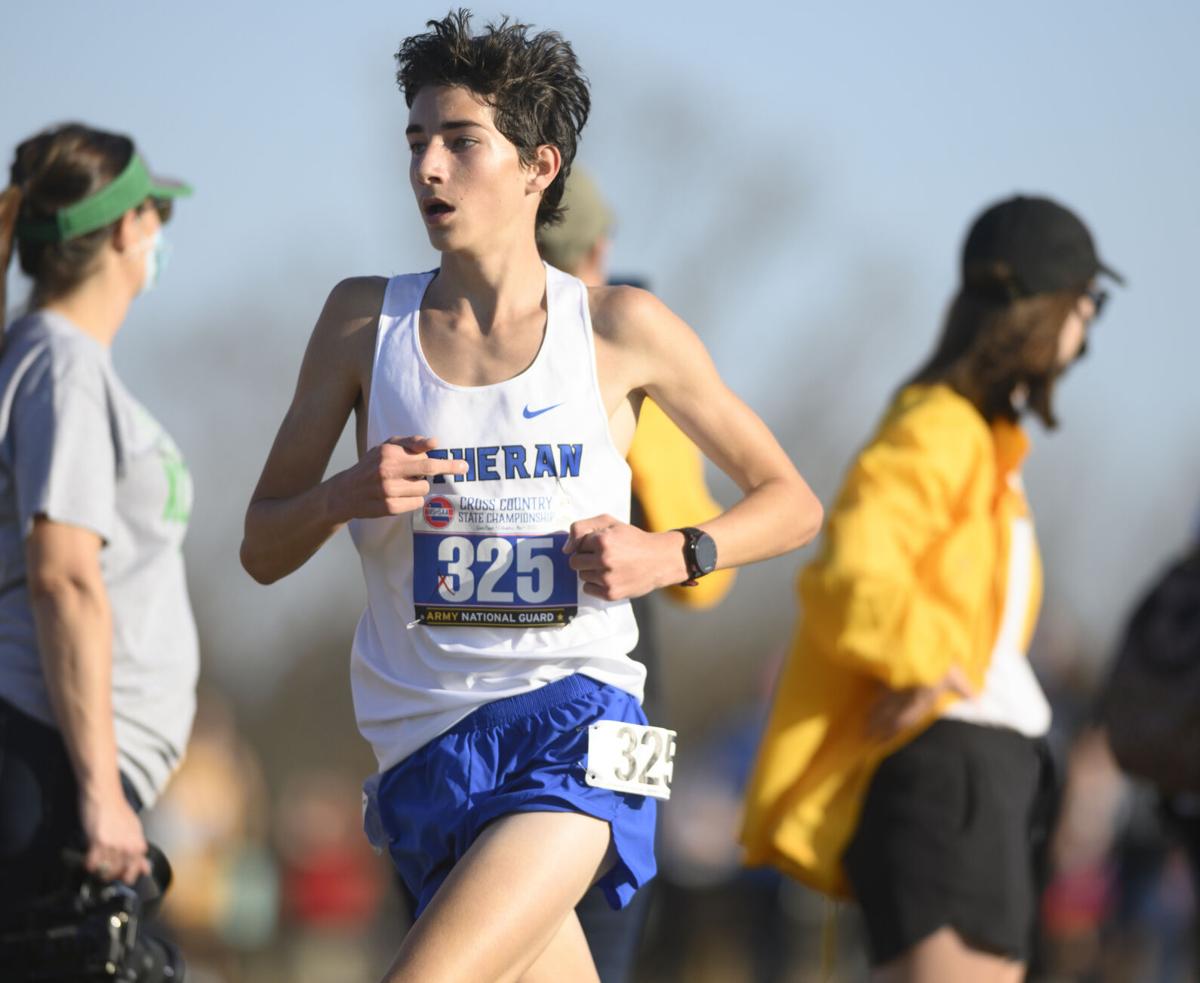 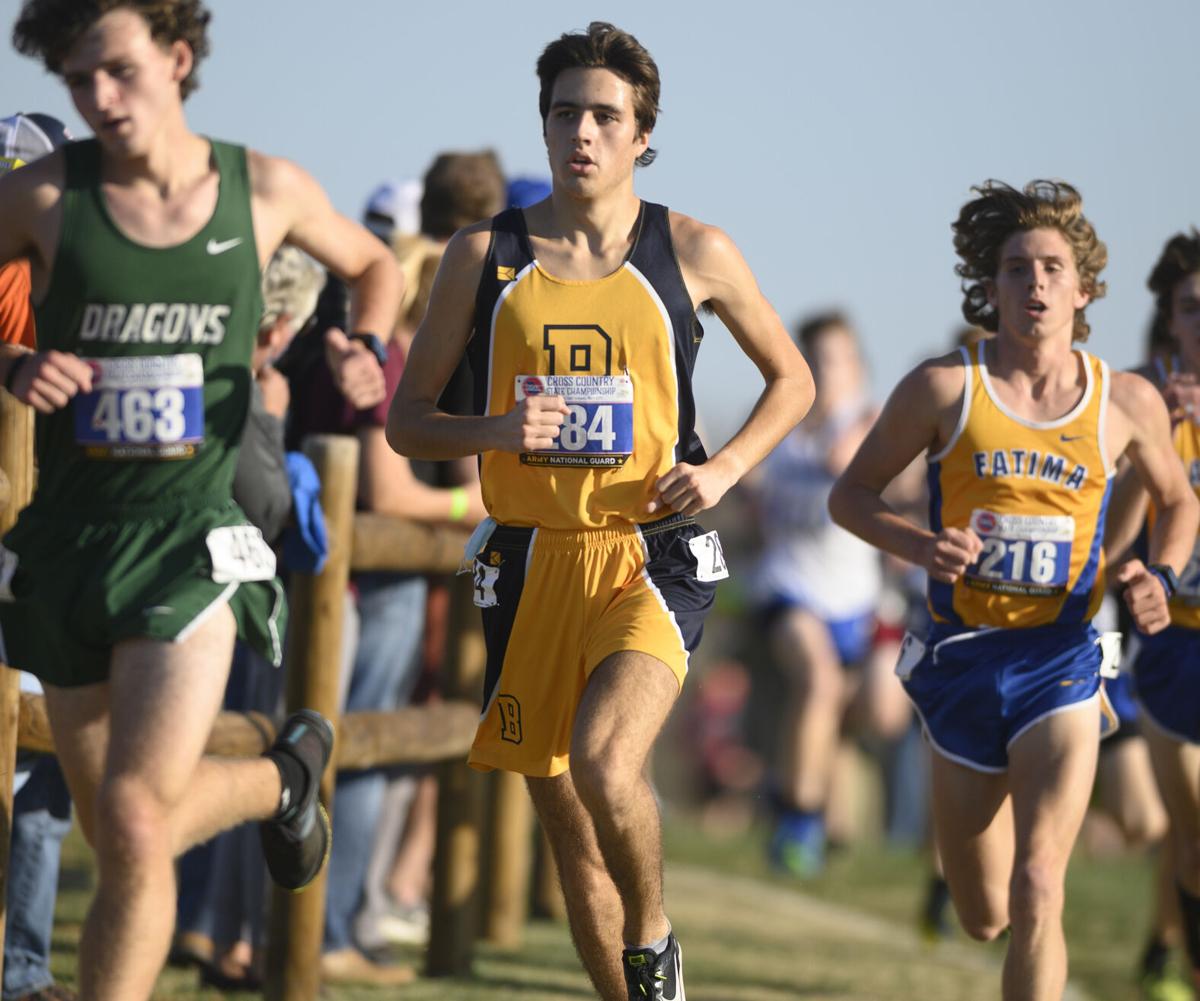 When Lutheran St. Charles junior Noah McMullen collapsed just a breath away from the finish line, Doty's mind already was made up.

He was going to make sure McMullen crossed the finish line no matter what.

"I just wanted to help him get across," Doty said. "We had faced them in districts and they're just fantastic runners."

Bombers coach Christine Bugnitz wasn't surprised about the act of sportsmanship from Doty.

"That's what I would expect," Bugnitz said. "He could have gotten a medal, but that was more important than a medal."

According to a Missouri State High School Activities Association meet official, McMullen was disqualified because he was helped by another runner.

"It was devastating to see," Lutheran St. Charles junior Caleb Lind said. "We worked so hard and we felt like it was ours."

Fatima was crowned the team champion with 98 points and Lutheran St. Charles finished second with 109.

Before the disqualification, Lutheran St. Charles had edged Fatima by two points in the team standings.

"We had some ups and downs and they wanted it badly," Lutheran St. Charles coach Elizabeth Fruend said. "I'm upset for them because they worked so hard. Second place, we're happy with that. We'll move on and hopefully next year, we'll come back and get that title."

The runner-up effort is the best in Lutheran St. Charles program history.

"In previous seasons all we could think about was winning districts to get to state, but this year we weren't even looking at districts this year," Travis Fruend said. "This year was all eyes on state. We were thrilled to make it here and have a chance to compete for a title which is something we've never done before. This is the best and most talented team I've ever been apart of."

Also in the team standings, Maryville (139) finished third and John Burroughs (142) was fourth.

"You don't see that in many other sports," Fruend said. "Cross country just has a different breed of kid. They're competitive, but at the end of the day, they can shake their hands and congratulate each other."