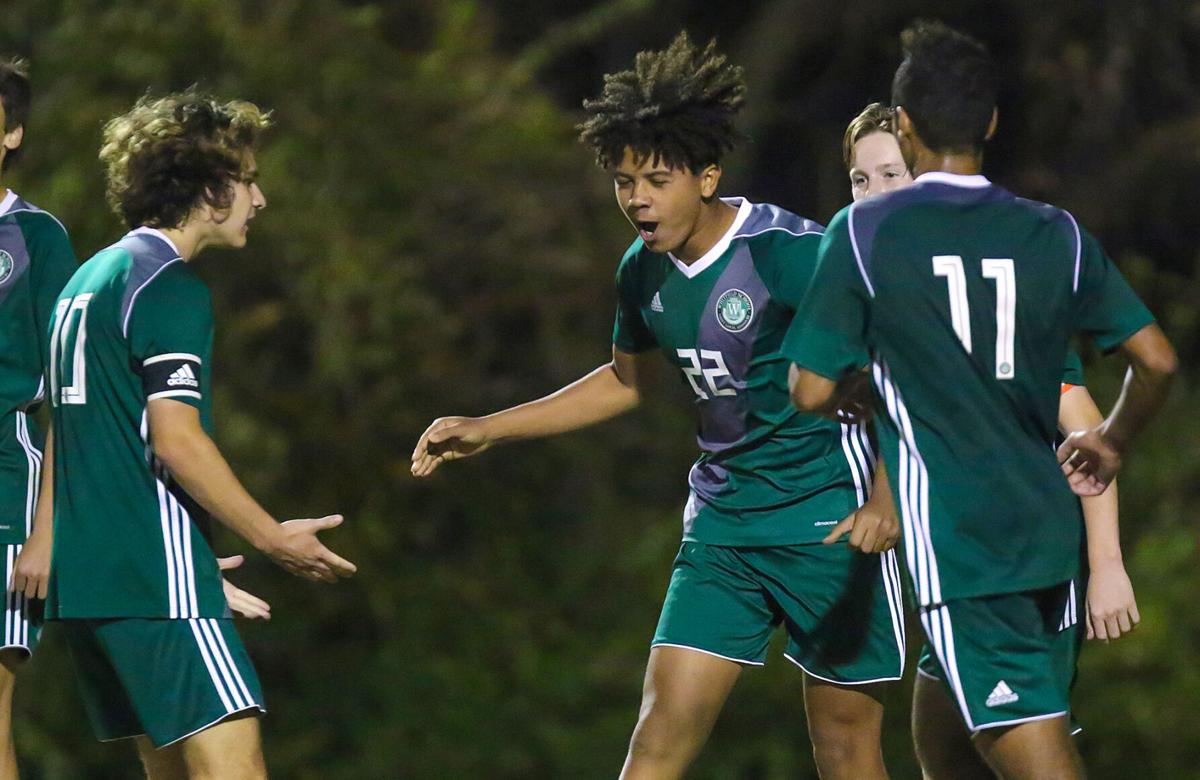 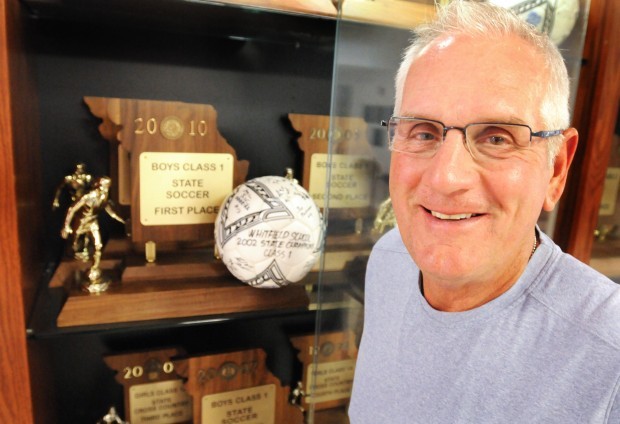 The Whitfield boys soccer team may have an ace up its sleeve when it plays in a state championship game for the first time in a decade.

Warriors coach Mike Quante’s staff includes coach Bill Daues, who now is an assistant but between 2002 and 2010 was the architect of the program’s run to seven state championships.

“Bill and I have been friends for a long time,” Quante said. “We were friends long before I started at Whitfield. Having him there — a living, breathing example of the history — reinforces it for these guys.”

“We talk about it sometimes, we talked about it (Tuesday) after practice,” sophomore forward Nolan Schulte said of Whitfield’s prolific soccer history. “We know Coach Daues was a big part of all of those titles and it’s been great having him as an assistant coach. All the coaches have meant so much, they’ve all worked so hard and taught us so much. It’s great to have them all out there. It’s great to be in this position and it’s great to see the program back where it once was.”

The Warriors’ postseason run has come on the heels of a 15-5 campaign in 2019, which was the program’s first winning record since the 2010 championship.

Whitfield won only 45 games between 2011-18 and advanced into the postseason bracket only once, in 2013.

“We’re a relatively young team,” Quante said of a roster that boasts just three seniors. “The last title here was 10 years ago, so it’s a long time in their eyes, it’s a long time when you’re only 15 to 17 years old. They know the history, but it’s been far enough removed from them so it’s not like this season. The current success is right in front of them. It’s right now. This has been an opportunity to reacquaint these guys with the history.”

From a seven-week preseason because of the COVID-19 pandemic to a month-long regular season to a 3-6 start, Whitfield has faced some adversity this season.

But the Warriors head into the state final on a five-game win streak, during which they have scored eight goals three times.

Schulte had five Saturday in an 8-0 semifinal victory at Lone Jack. He has 19 goals and nine assists this season.

Whitfield junior Jimmy Milgie has been pretty prolific, as well, with 16 goals and 10 assists.

“To be able to have our seniors, to have every player on that roster, be able to say we played up until the very end is an exciting feeling,” Quante said. “From the program’s perspective, we just wanted to make it better every year. From my end, it’s been a five-year journey. It’s been about trying to make us more competitive every year. That took off last year when we won 15 games and really showed we could play with just about anybody, and now here we are.”

Althoff rallies from first deficit to knock off Alton Marquette

ALTON — Althoff sniper Mason Wagner wasn't sure how to react.

TROY, Ill. — Sometimes the ball would careen in random directions when it struck divots and grooves in the grass on Triad High School's soccer…

Mascoutah trailed by one after the first half but rallied for a 4-2 double overtime victory over visiting Waterloo Saturday.