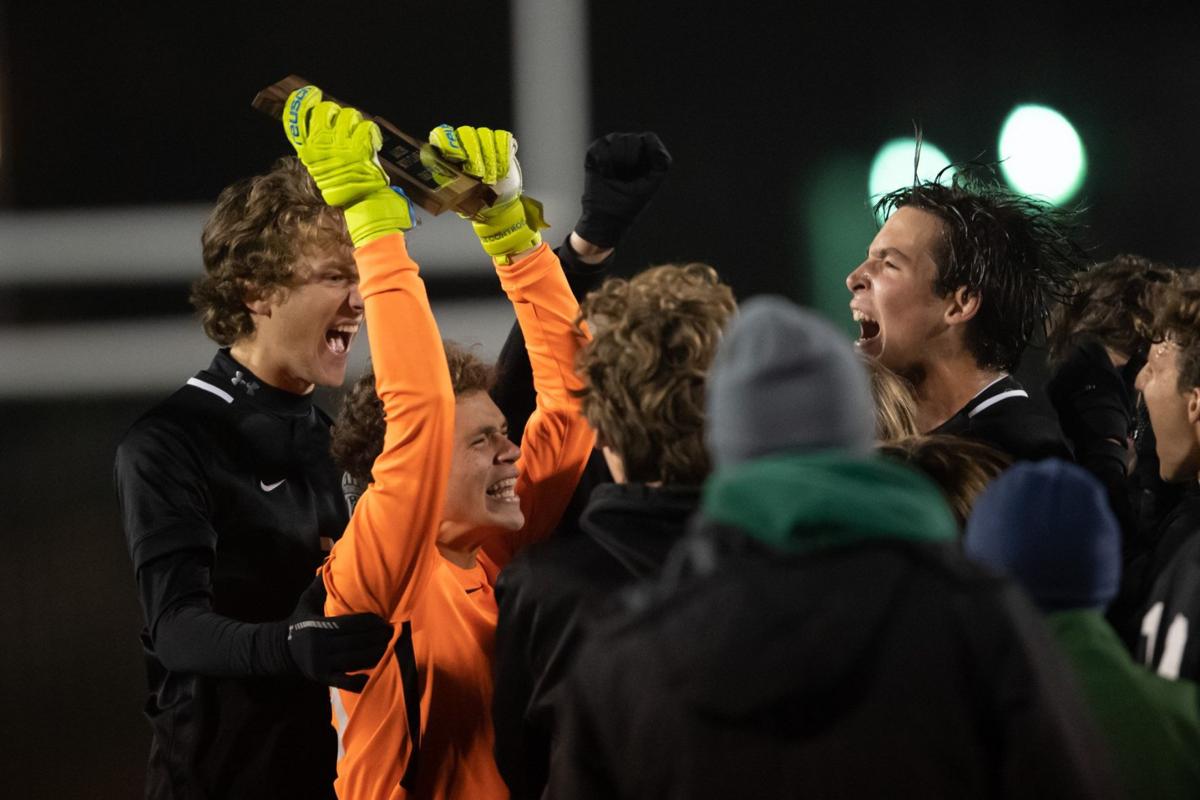 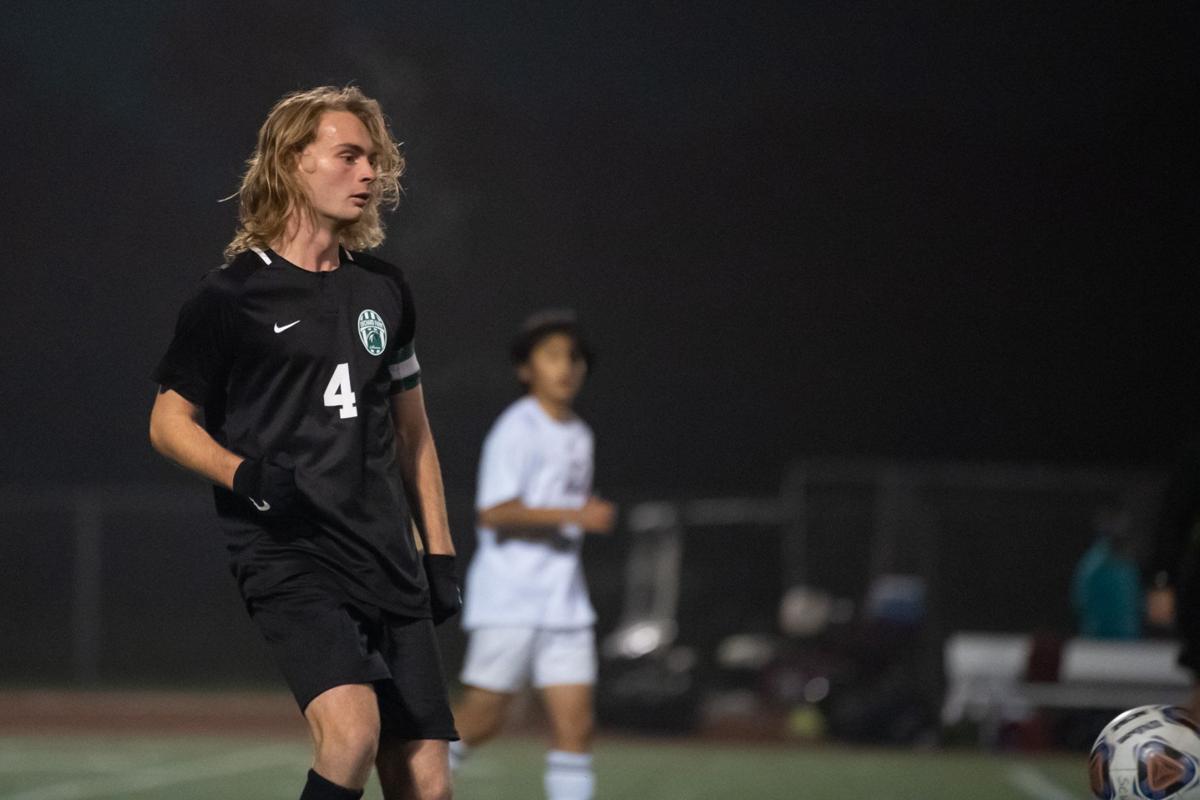 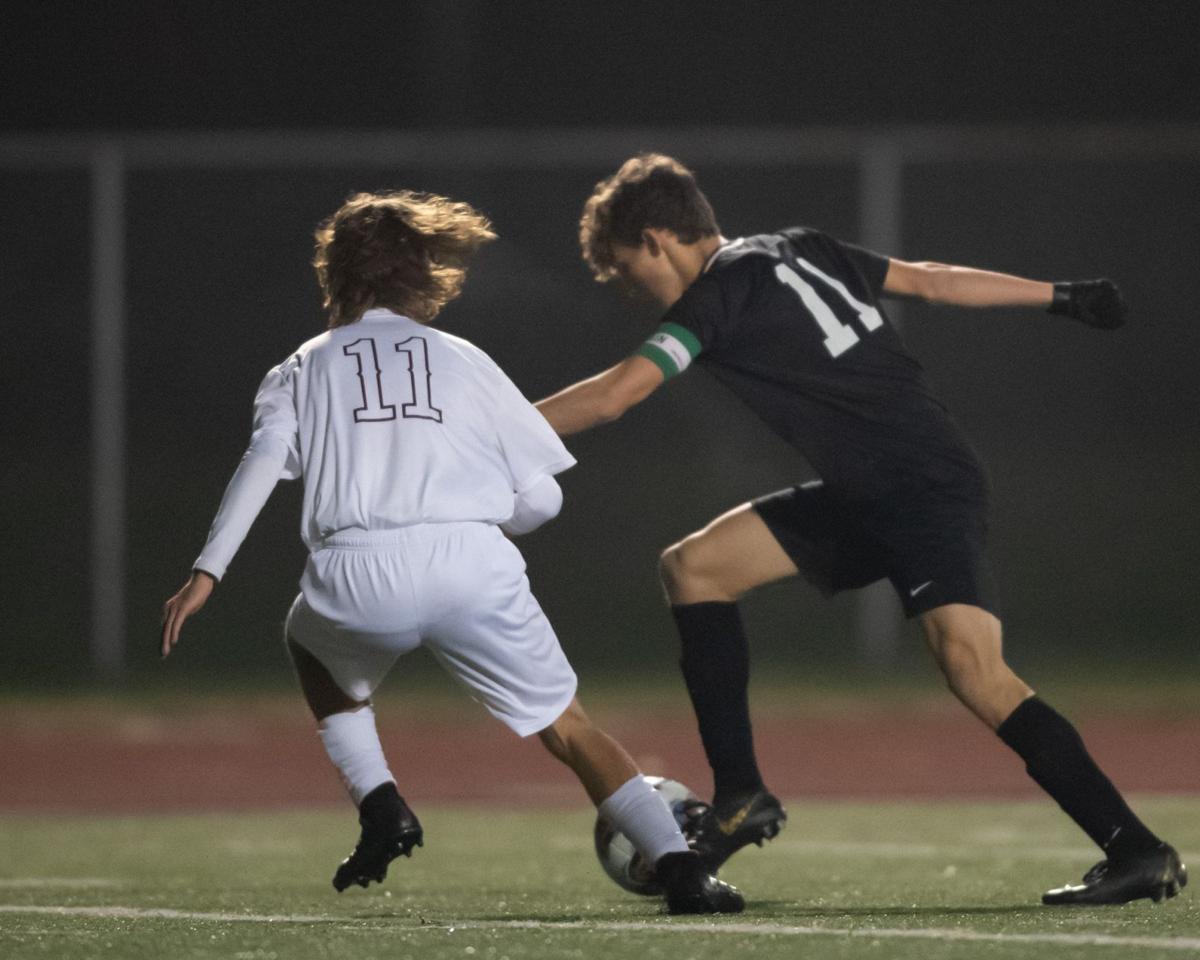 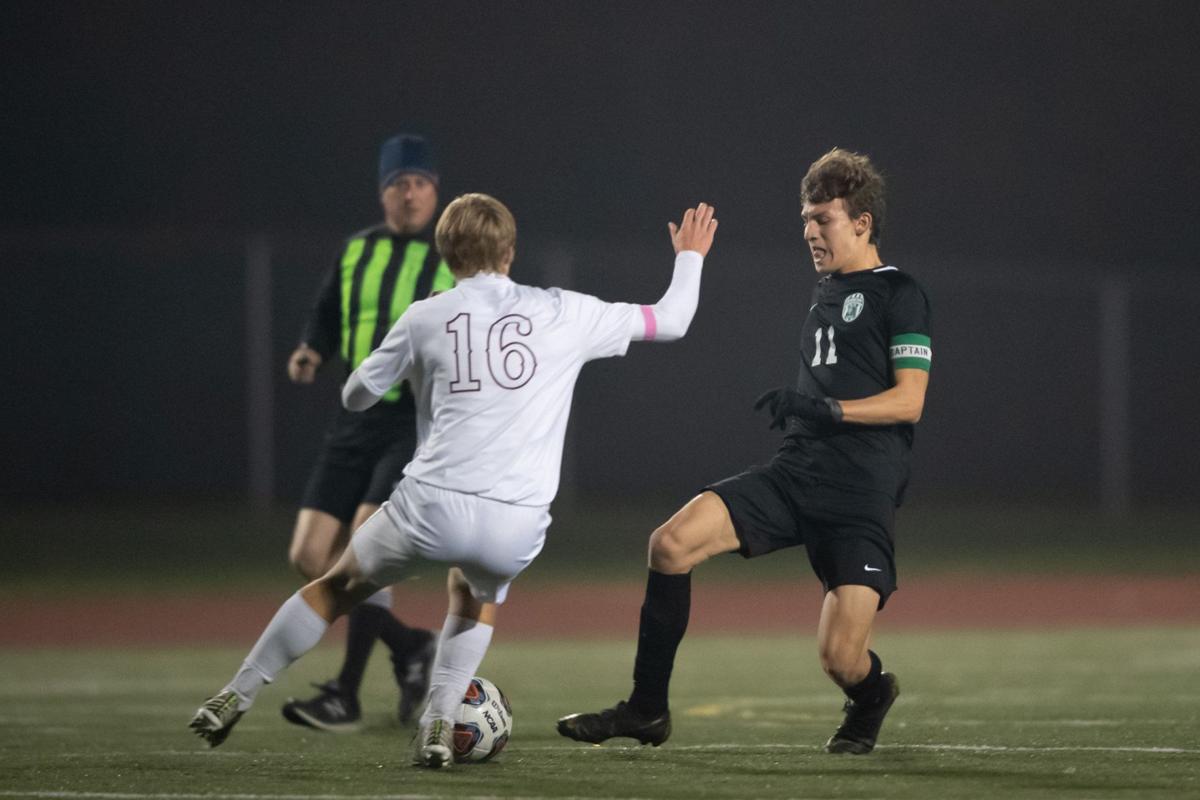 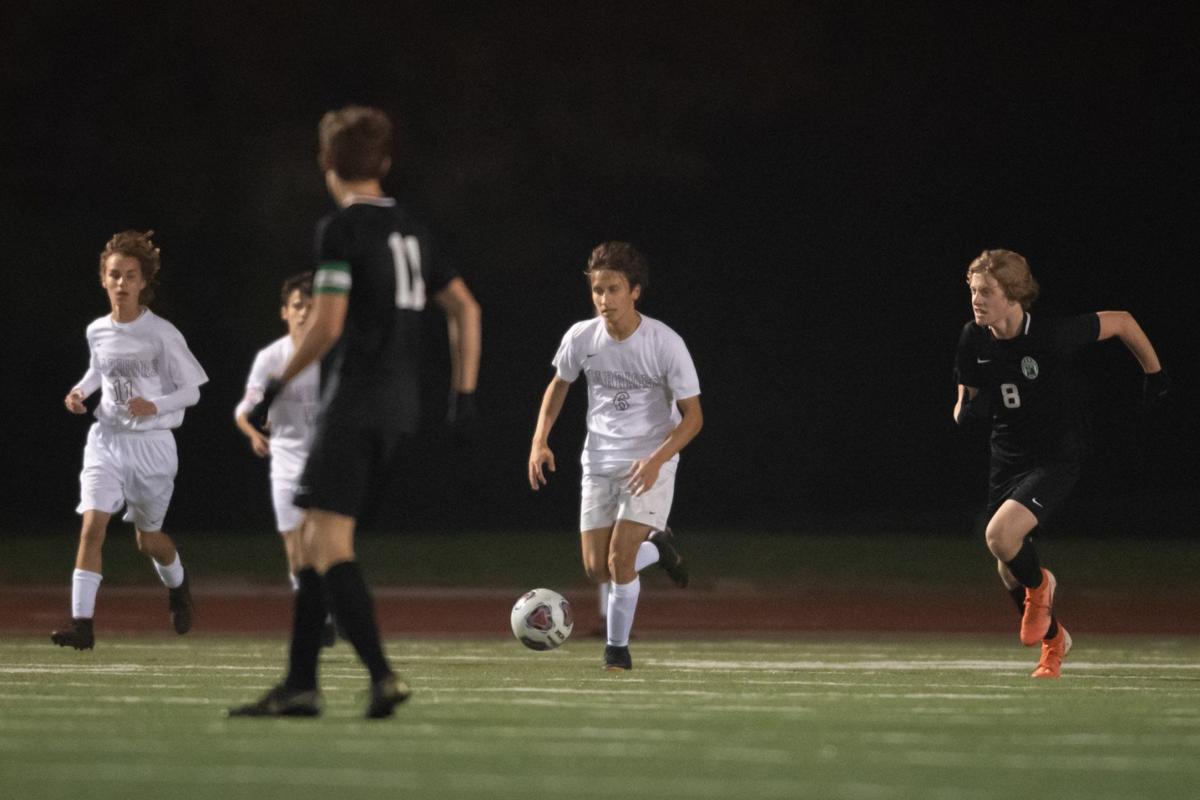 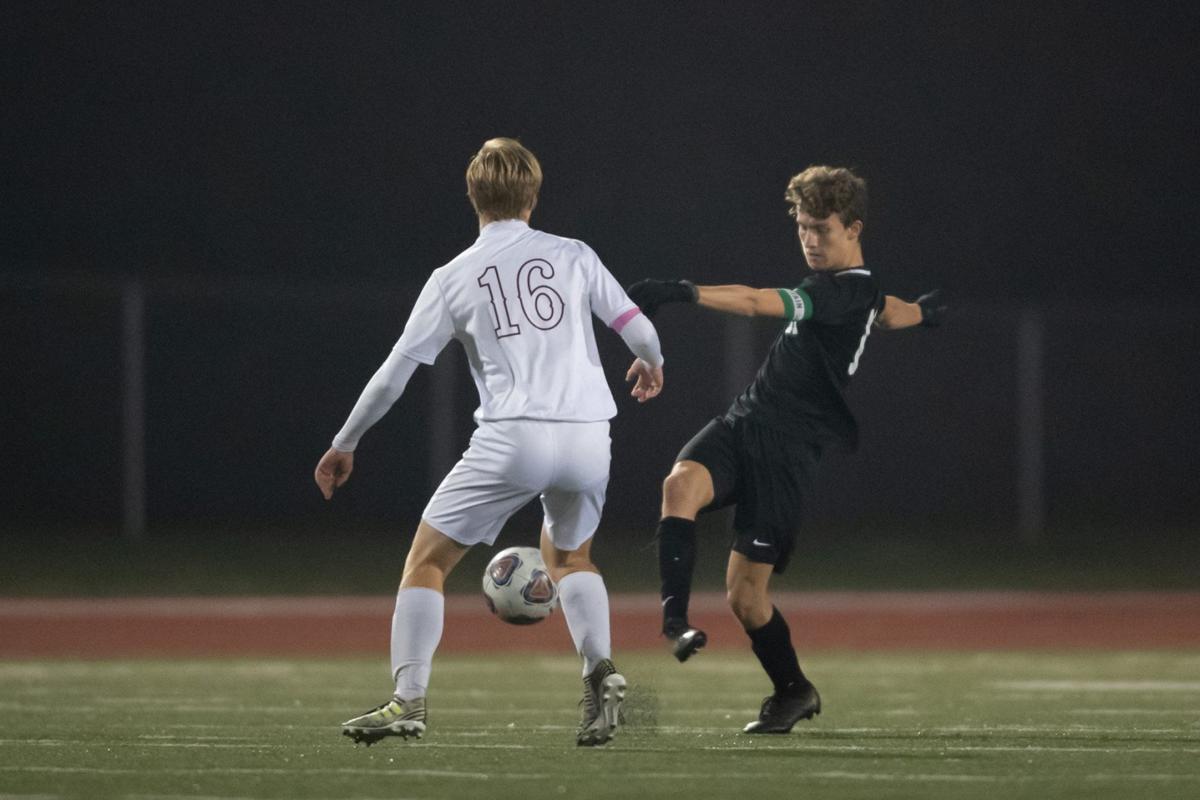 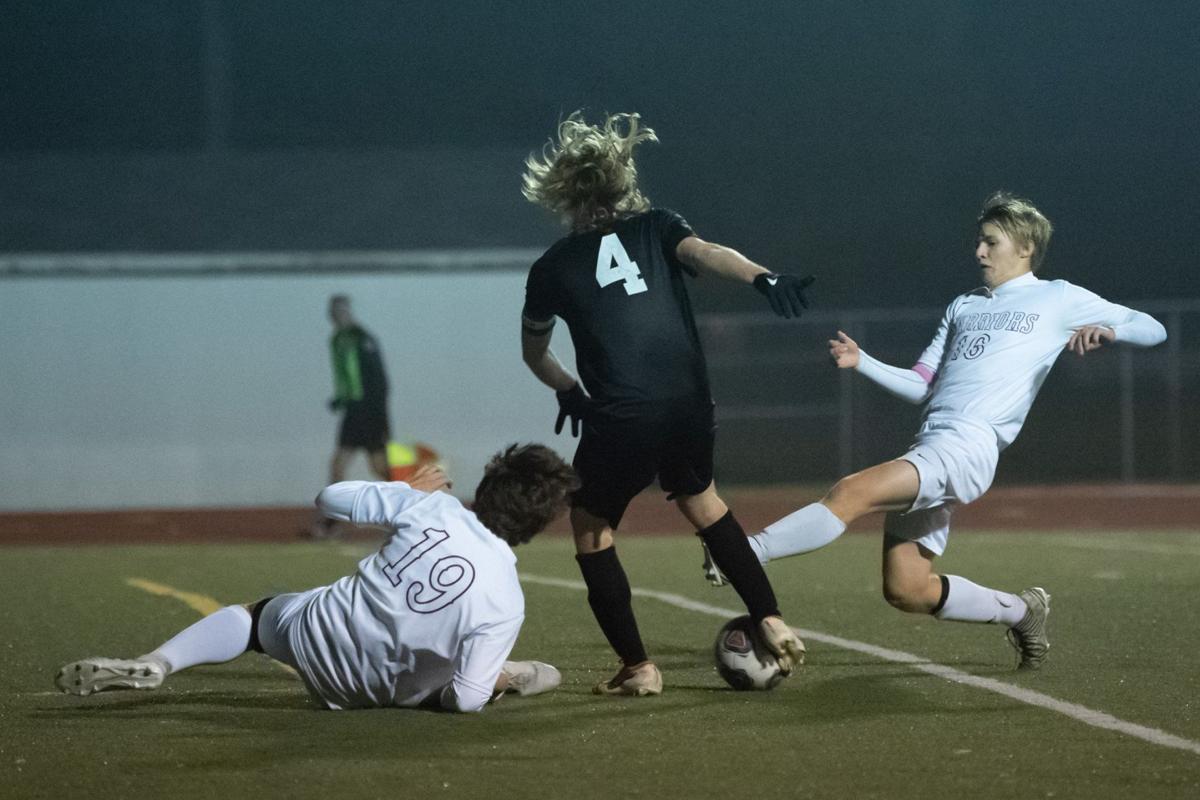 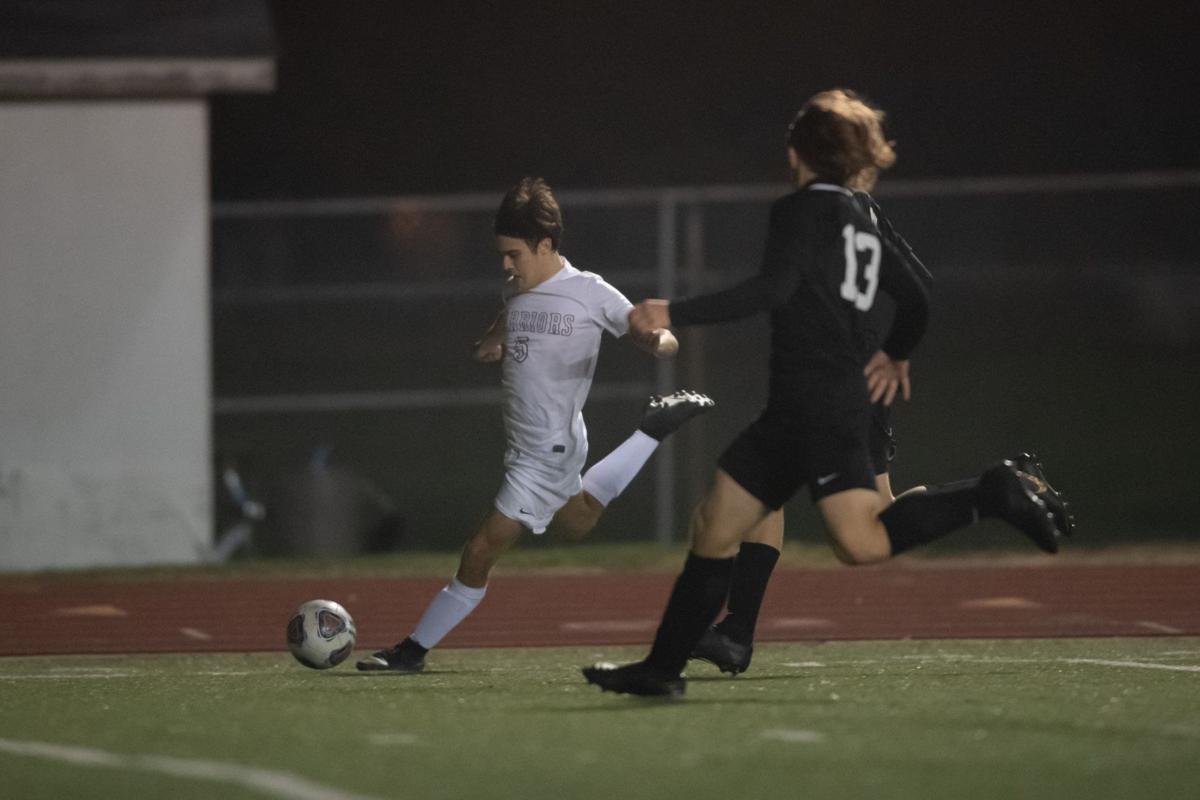 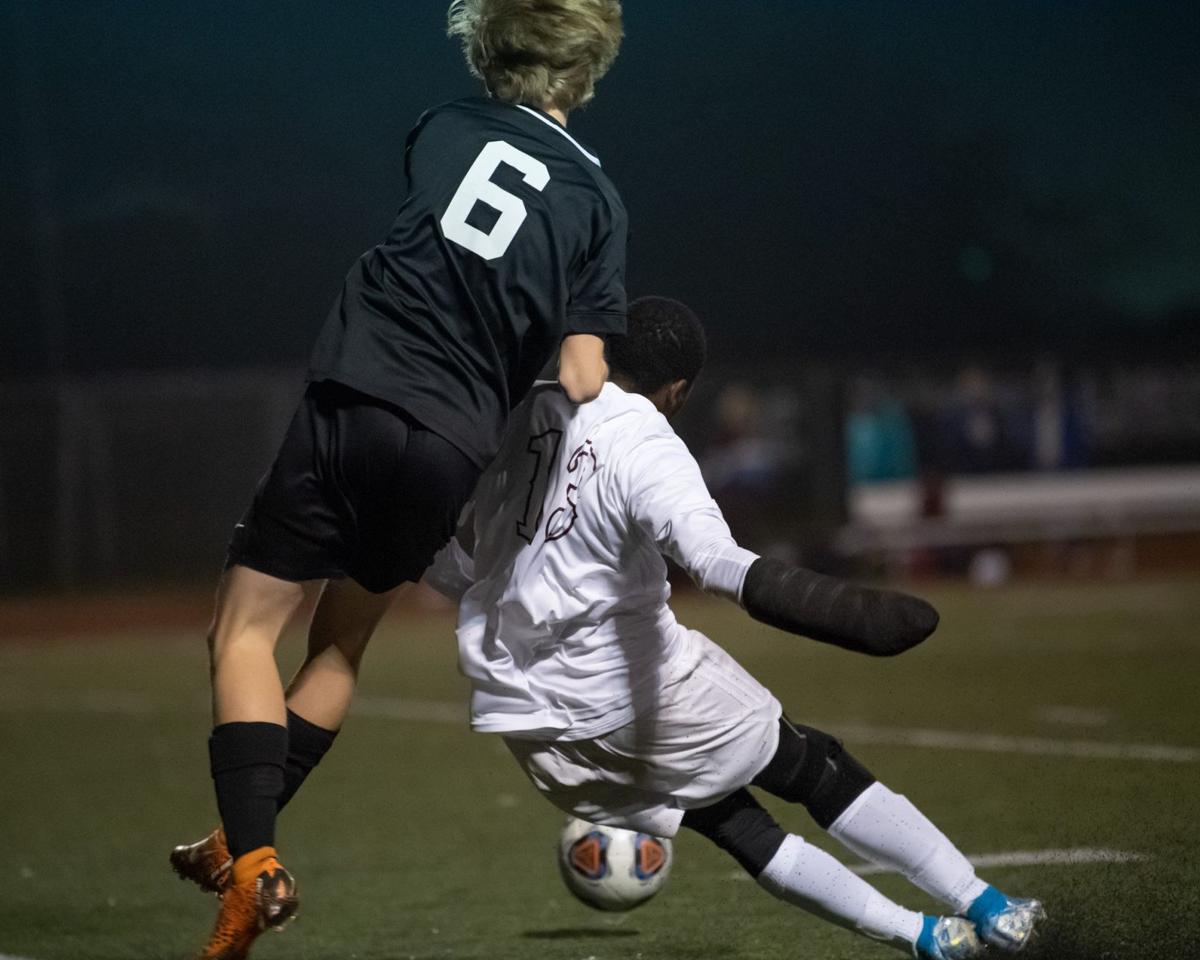 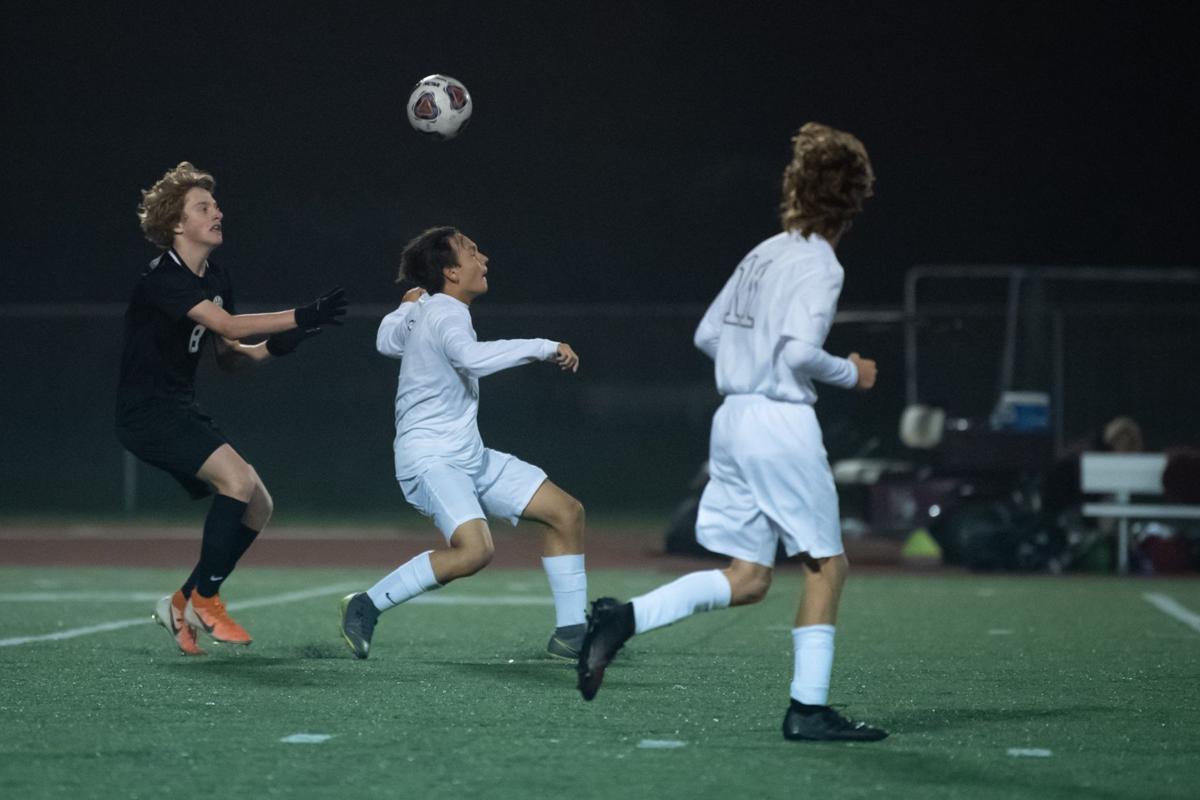 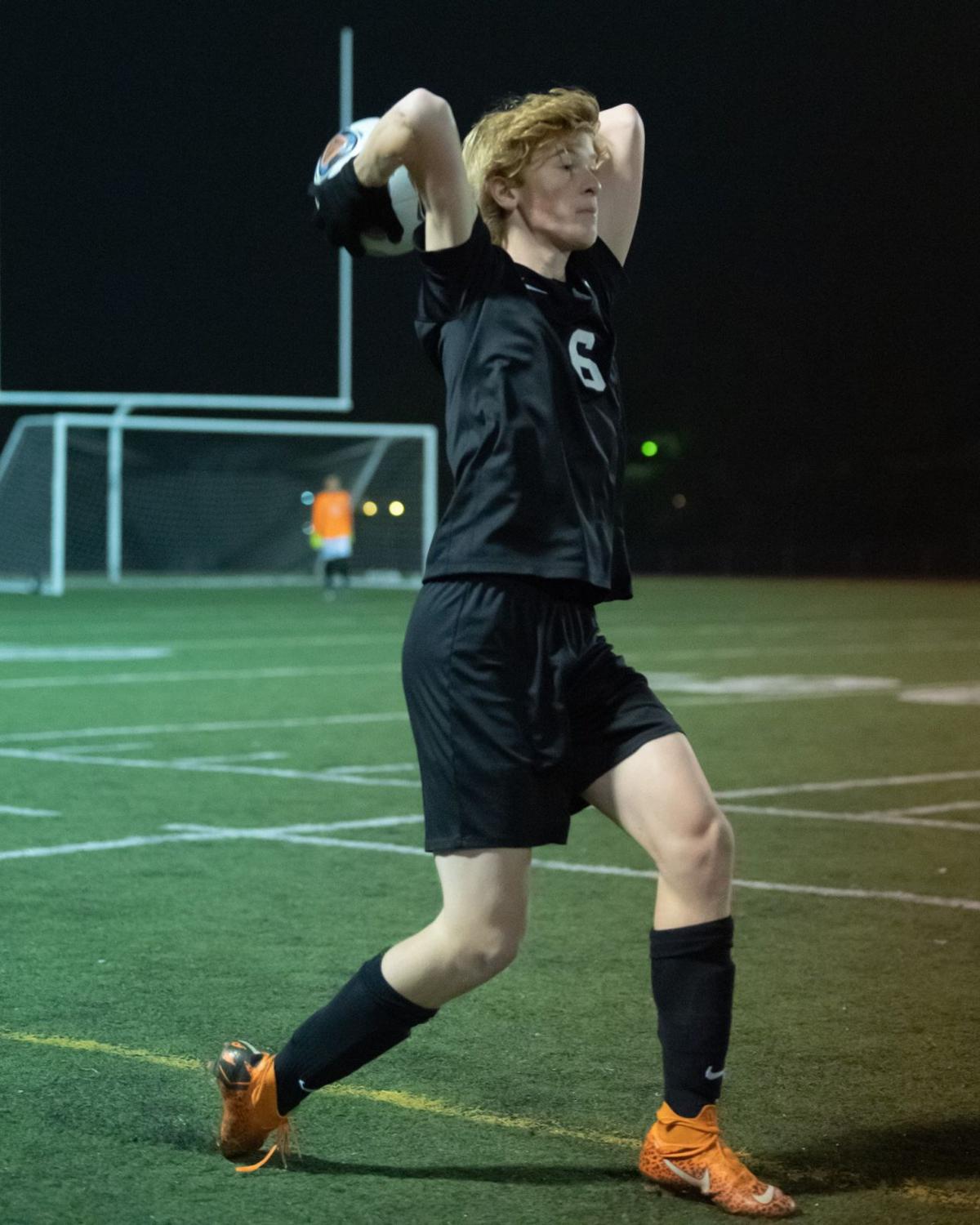 ST. CHARLES — Senior midfielder Anthony Dalton has seen it all in his four seasons with the Orchard Farm boys soccer program.

The Eagles have progressed a long way from humble beginnings all the way to winning the Class 2 District 6 championship — the first in program history — with a 2-1 win against host St. Charles West.

“It's crazy, I'm a senior and I have been part of the program since the first season when we were 2-18,” Dalton said. “Now, we're 22-1. We won conference, we just won districts. It's an amazing feeling.”

Orchard Farm (22-1, No. 4 in the STLhighschoolsports.com small-schools rankings) advanced to play Tuesday at Priory in a Class 2 sectional contest.

Against St. Charles West, which played in last season's Class 2 state final, Orchard Farm jumped out to a quick lead.

Just over 10 minutes into play, junior midfielder Ethan Bromaghim slipped a shot inside the right post to open the scoring. The goal was Bromaghim's 27th of the season.

“It feels really good getting up and getting the advantage,” Bromaghim said. “I think it really relieved a lot of pressure off our shoulders.”

The lead doubled to 2-0 just before the half.

“It was huge,” he said. “A two-goal lead is so much better than a one-goal lead. We have a good team and we're very talented all over the field. That goal was important.”

It proved important because St. Charles West (12-10) cut the lead in half in the 69th minute.

Off a throw-in by senior Adam Mays, the ball bounded into the net and Mays was given credit for the goal.

“Honestly, I think it was an own-goal,” West coach Matt Dwyer said.

Dwyer added that he felt that the Warriors went into the game with a plan and it was executed well.

The idea was to make life difficult on the Orchard Farm attack. An attack that produced seven goals against West last week.

“Credit to Orchard Farm,” Dwyer said. “They have been developing their style of play and execute well. We had a game plan to deny supply to their central midfielders checking in and forcing the center backs to become play makers. We forced many errors and were frustrating them but just couldn't capitalize on our chances. Slight mistake cost us the first goal but we kept battling even after losing our guys. Got one back in the second but couldn't find the equalizer.”

Bromaghim said that the effort by West really put Orchard Farm through its paces and, as he sees it, was a godsend.

“It builds character,” Bromaghim said. “When things aren't going your way and you can still grind out a win, and get a win on your bad days. That's a good thing.”

Evan Forsythe earned the win in goal for the Eagles.

Orchard Farm coach Brandon Cox said that, no matter who the team got there, for the first time in school history, it go to the end of a district tournament as champions.

“It wasn't pretty, it wasn't our best night,” Cox said. “We wound up pulling it out in the end. We would have liked to finished more chances but, a win's a win.”

“Our guys have been working hard and Priory is so talented,” Cox said. “We're going to have to be on top of our games but we'll step on the field and play them as hard as we can for 80 minutes. We'll see where it falls and, hopefully, we'll bring our best effort.”