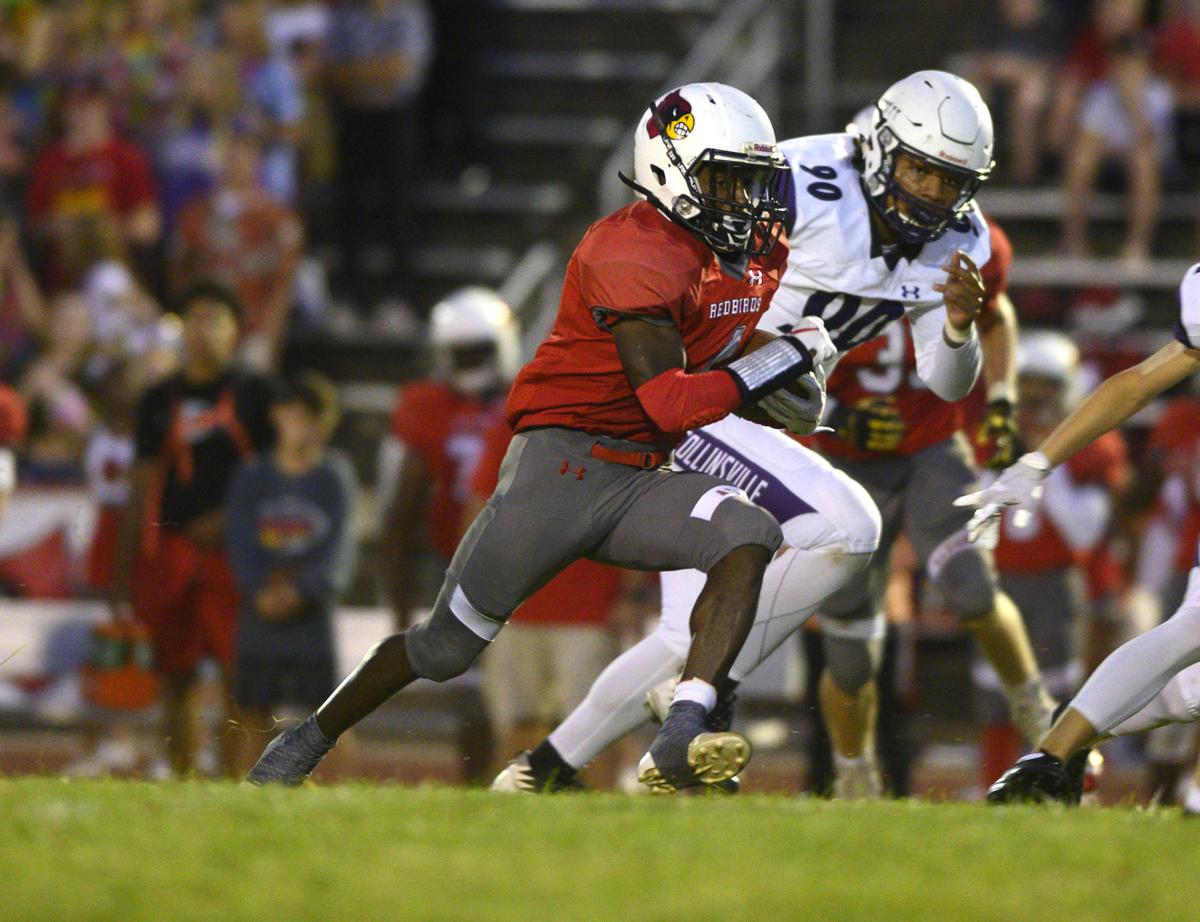 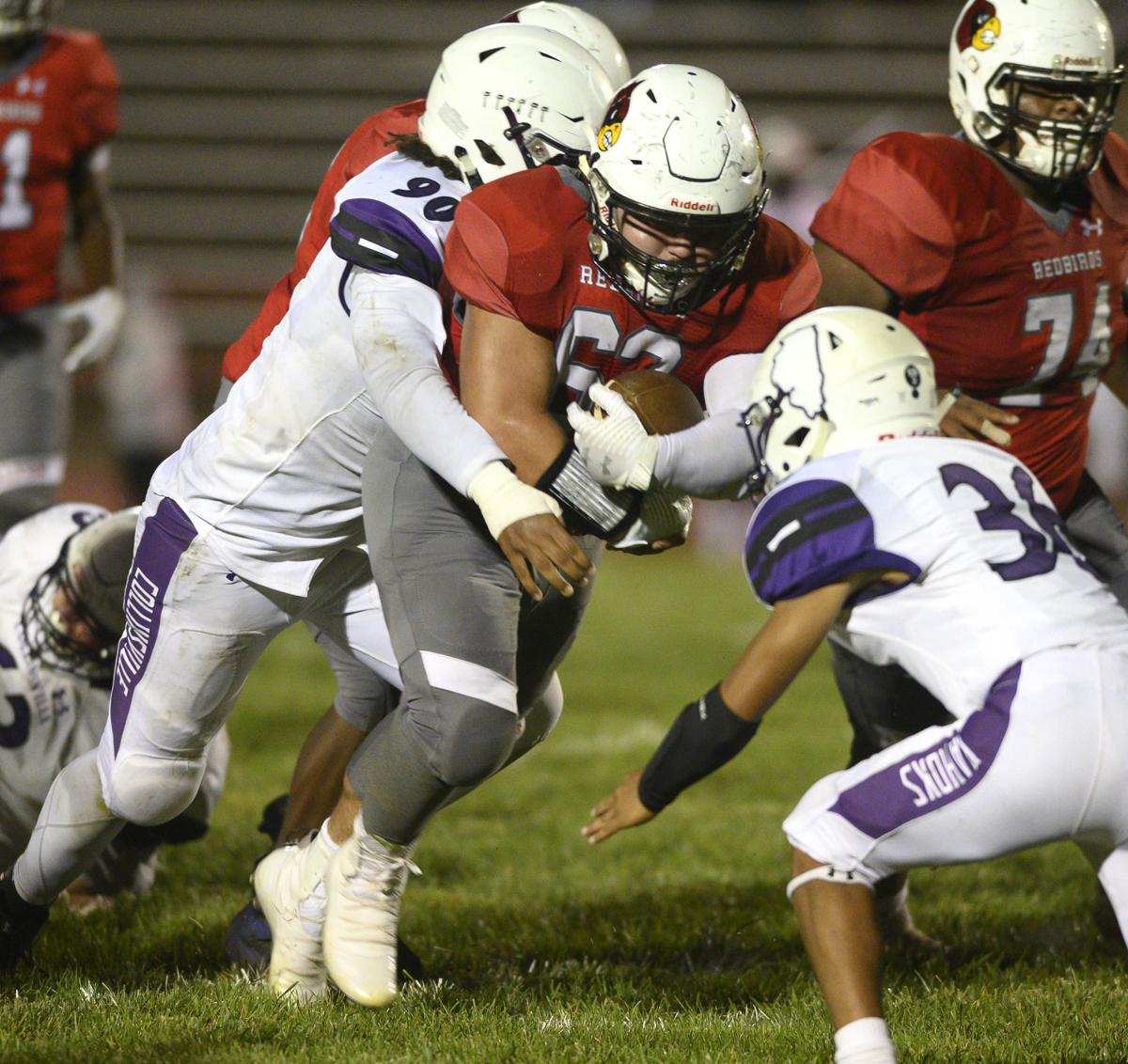 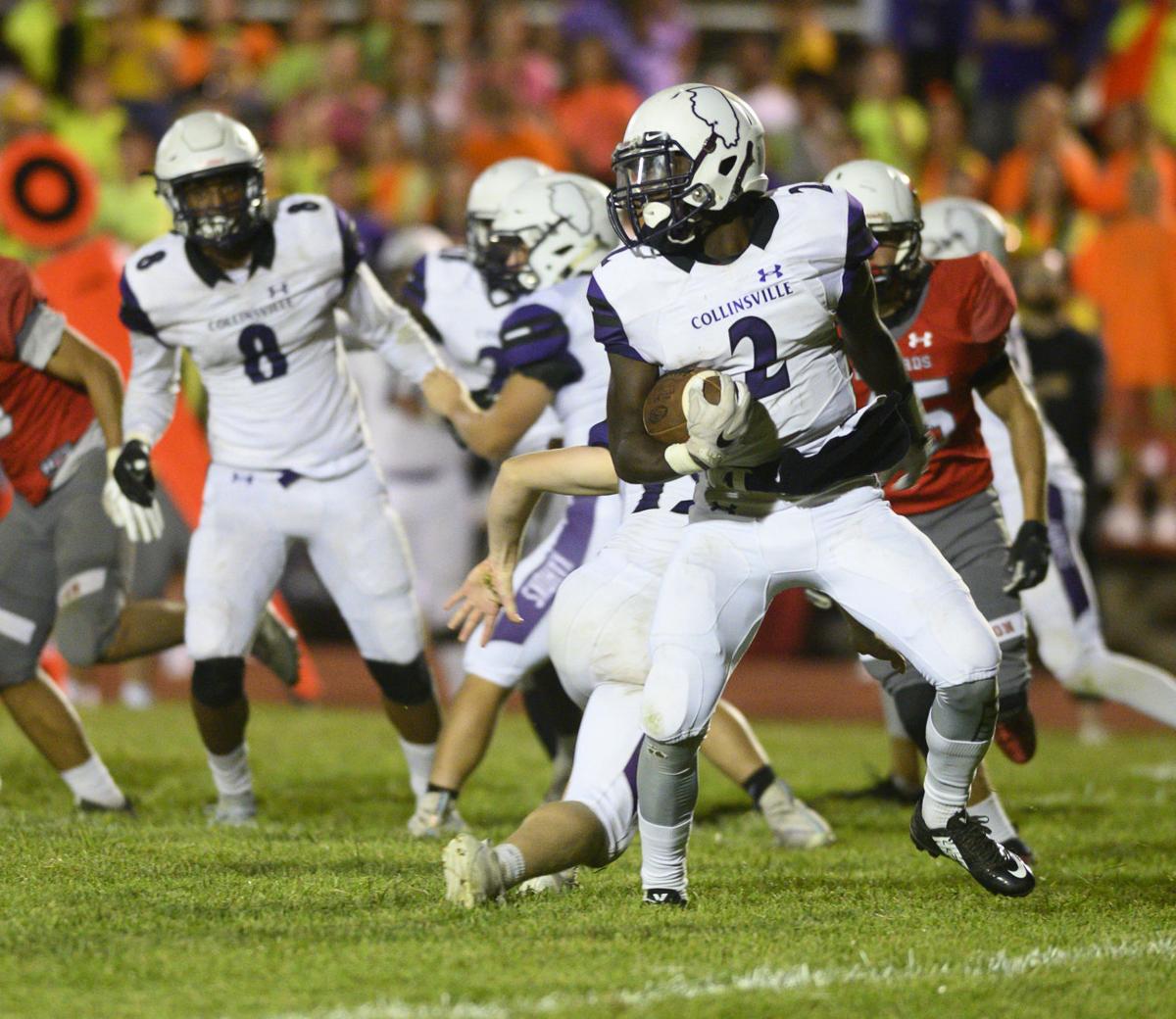 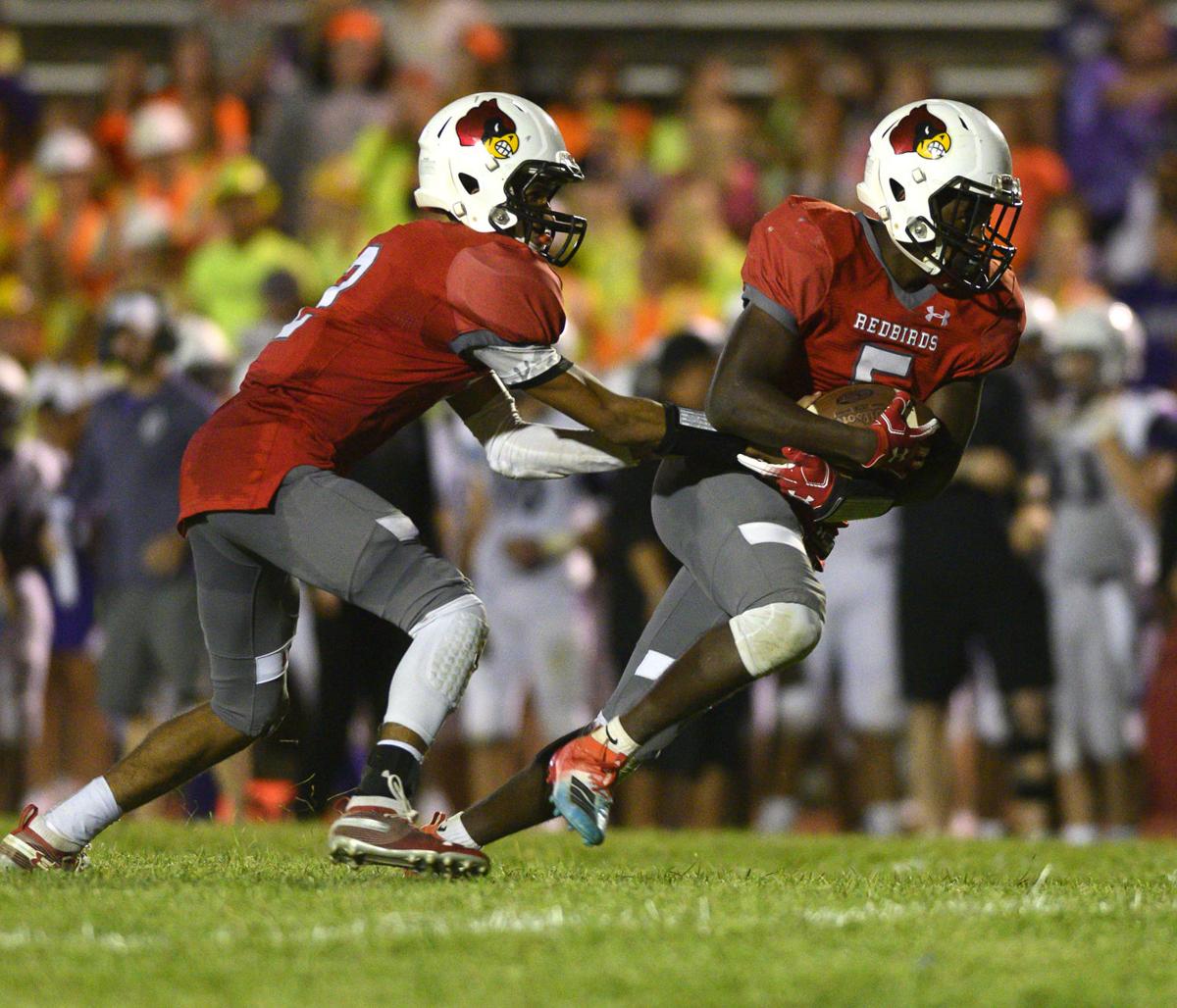 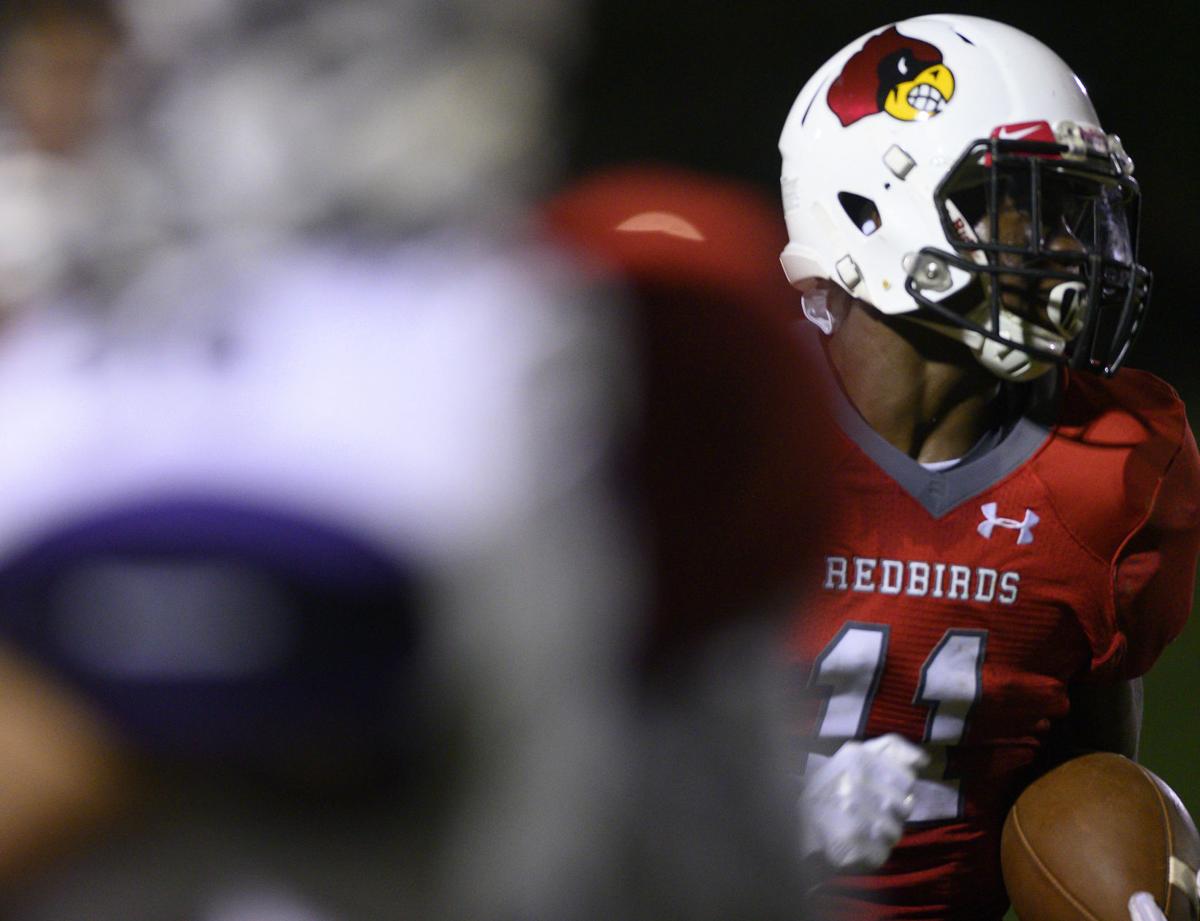 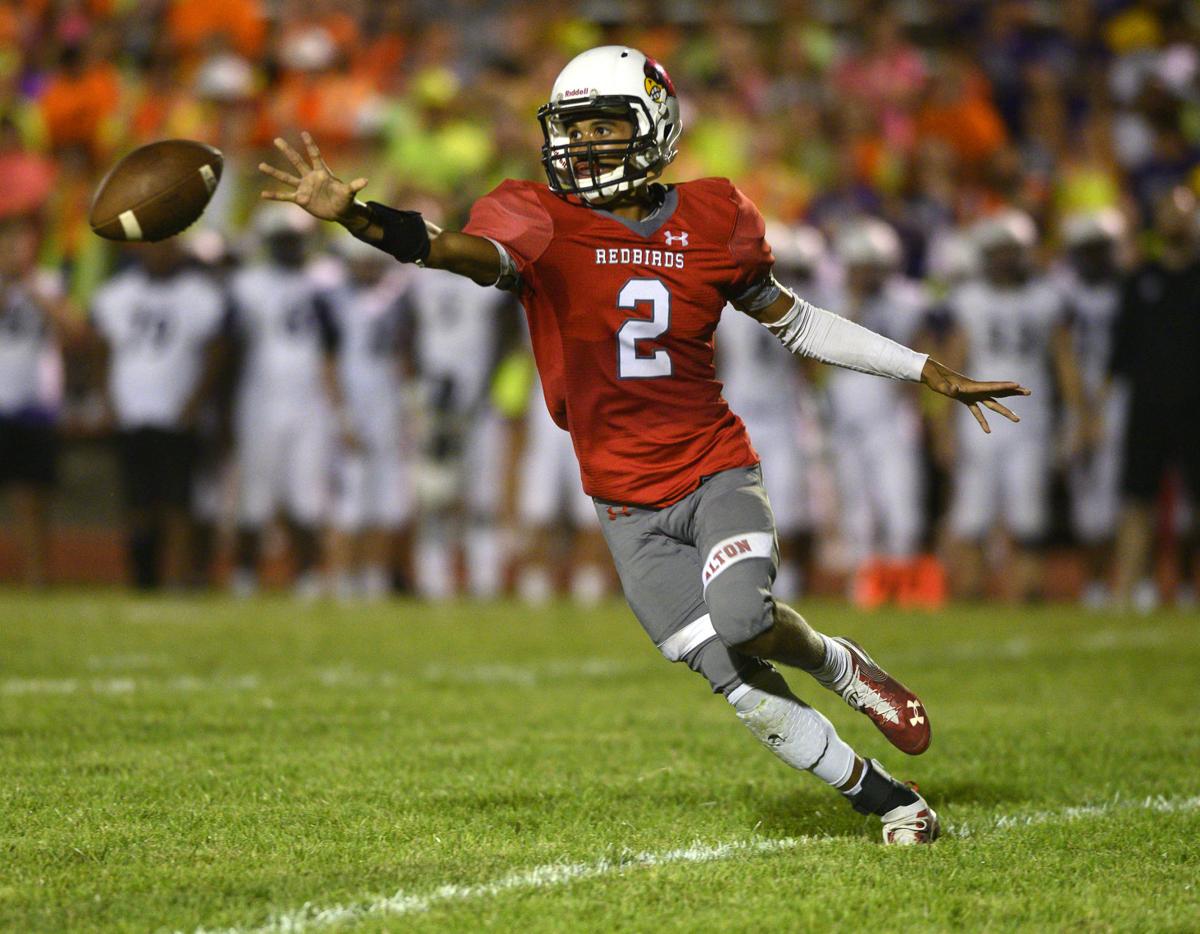 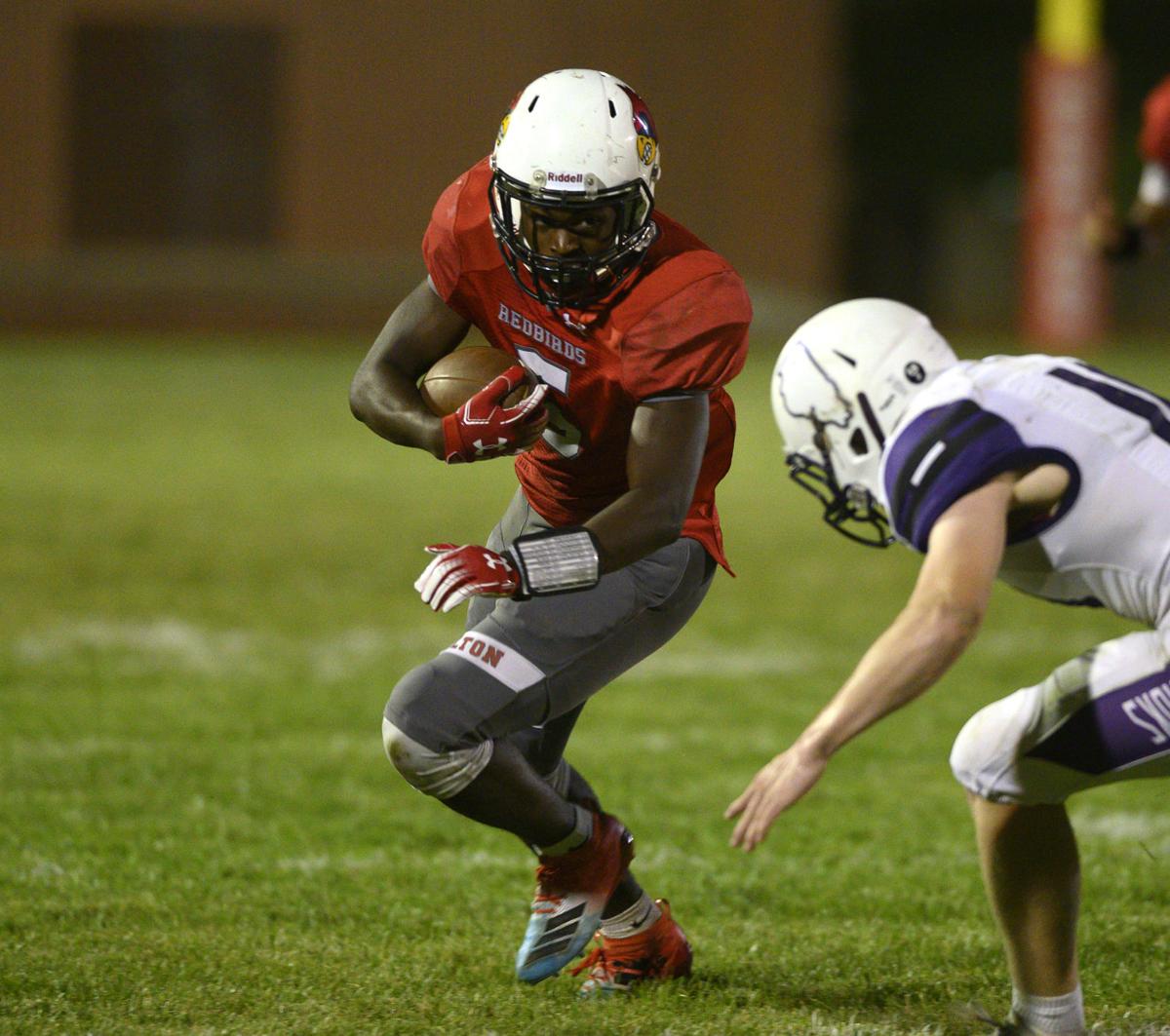 Alton High senior running back Dasani Stewart and junior running back Tim Johnson combined for seven touchdowns and 336 yards on the ground as Alton ran past Collinsville 58-6 on Friday at Alton Public School Stadium.

"That's what we do, we compete against each other," Johnson said. "When Dasani goes out and does something, it makes me want to go out and do something."

Alton (2-1) has won five of its last seven meetings against its once conference rival. Collinsville left the Southwestern Conference in football only at the beginning of this season.

The Redbirds came into the game wanting to send a message that they weren't a one-dimensional offense and went to their ground game early.

The message was received loud and clear as Stewart scored early on a 36-yard touchdown to give Alton the lead. The ground attack really picked up after Johnson came on in the second quarter.

Johnson carried 13 times for 94 yards and scored four times in the second quarter to give Alton a 44-6 lead just before the break.

"I scored on my second carry, so I was very excited," Johnson said. "I can't take all the credit because the line did a lot of it. They were great. They created a push for us and we were able to get into the end zone."

Johnson has had his share of success against the Kahoks. As a sophomore, he rushed for 232 yards against Collinsville last season.

"I've had a fun time with it," Johnson said. "I ran the ball up the middle a lot and that's where the opening was."

After seeing what Johnson did in the second quarter, Stewart was ready to flash his abilities.

Stewart scored two more times in the second half and totaled 246 yards on the ground.

"We see it in practice and we waited for our offensive line to film," Alton coach Eric Dickerson said. "With these two, we can watch the film, but I don't think they need a wide opening in there with their quick bursts. They're a little different. Dasani has got that speed and Tim is a very strong runner. It takes multiple hits to bring him down."

"They did a great job up front," Dickerson said.

Collinsville (0-3) struggled offensively, especially after senior starting quarterback Chris Chi went down with a knee injury in the first half.

"Without Chris Chi, we're in trouble," Collinsville coach Mike Popovich said. "This kid has been battling a knee injury and for him to come out here and battle, it's just a gutsy performance on his part. Since he's gone down, we've struggled to put up points. It's allowed teams to load up the box and we're struggling a little bit with that."

Outside of a 71-yard touchdown run by Jaydon Nabors early in the second quarter, the Kahoks were only able to muster 127 yards of offense.

"Trent Morgan has been calling some wonderful games from the booth as our defensive coordinator," Dickerson said. "The kids have done a great job and they've answered the bell every time we've asked them."