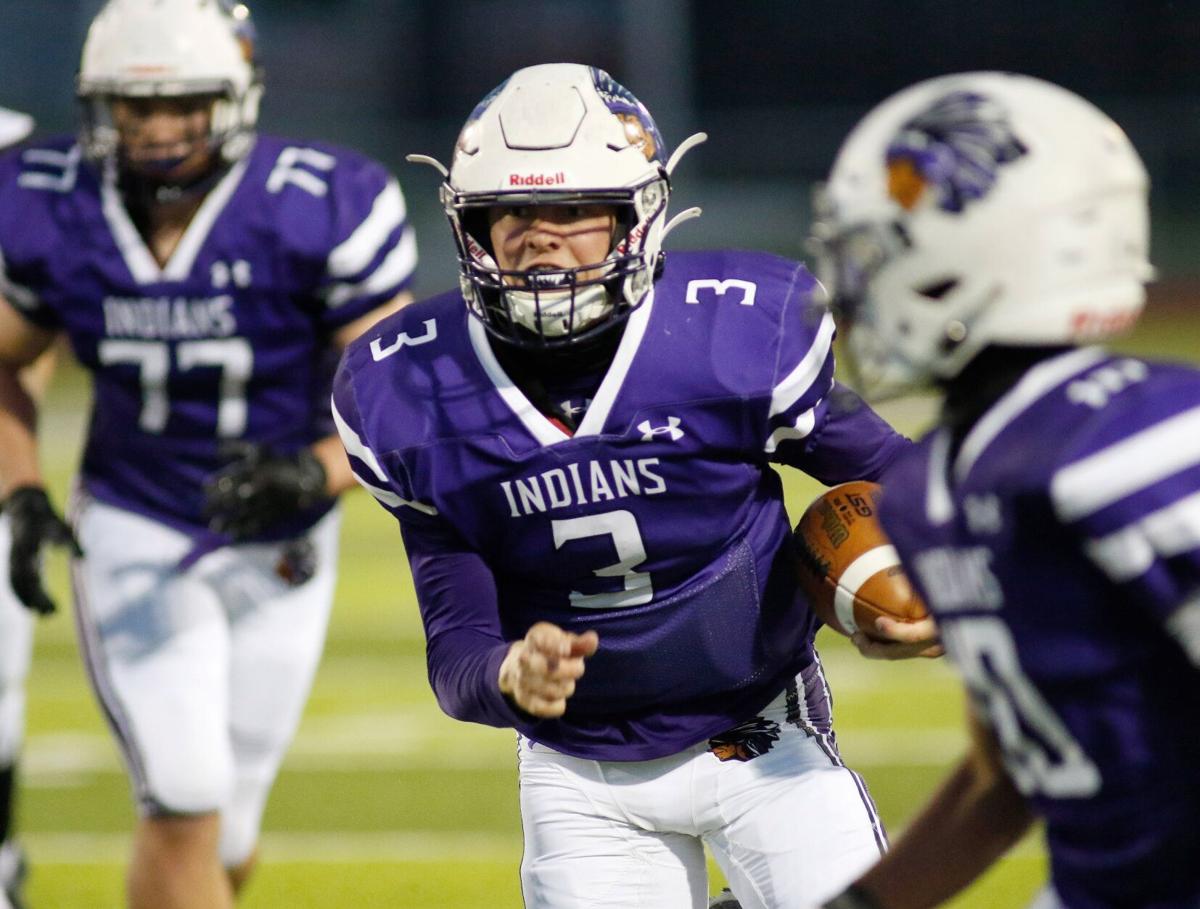 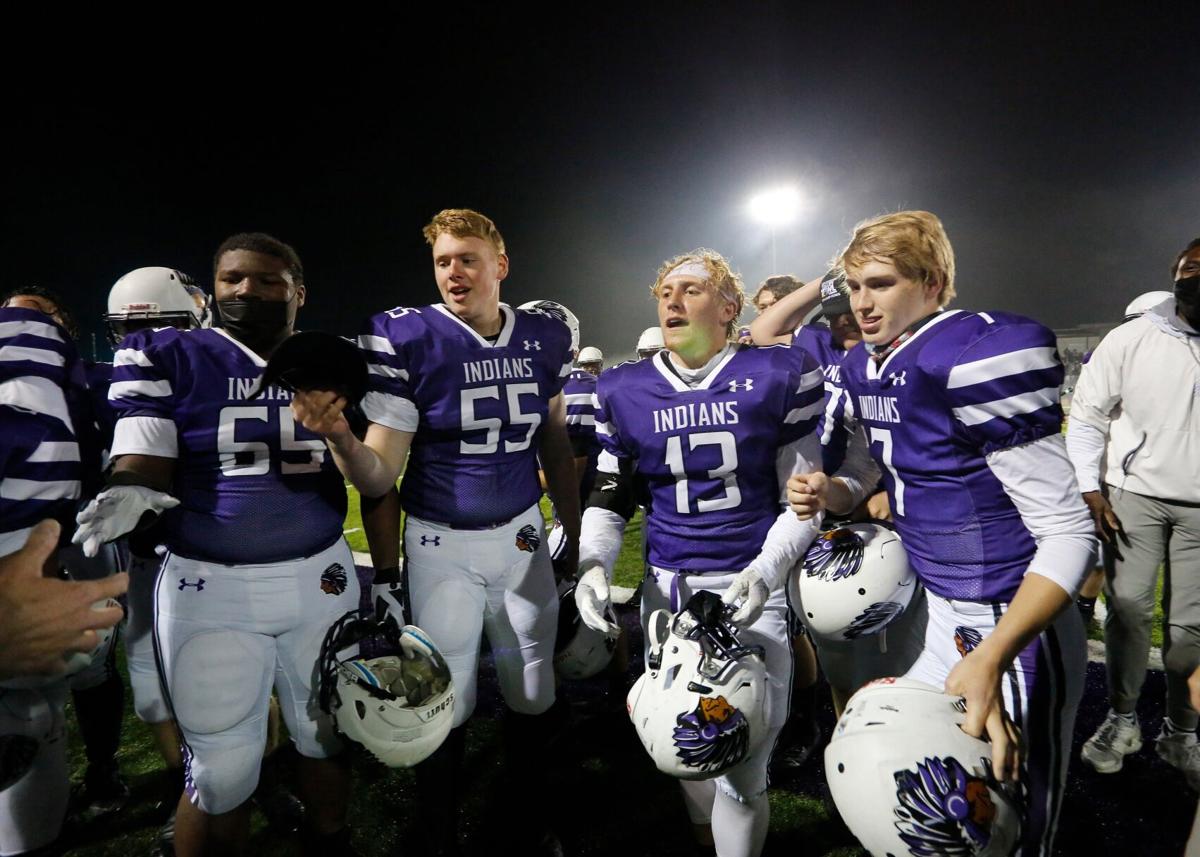 Some of Aaron Hilgendorf’s best football memories were made on the 40-minute bus ride to practice.

And the 40-minute ride home from practice.

“We’d stop at the local Casey’s for a snack, try to get our homework done before sunset," Hilgendorf said.

He was a student at Donovan High in Northeastern Illinois, not far from the Indiana border. Donovan didn’t have a football team, but prior to Hilgendorf’s sophomore year it formed a cooperative with Tri-Point High in Cullom, 35 miles due west.

Hilgendorf’s sports experience to that point included all the usual suspects. He loved track and baseball. He played point guard on the basketball team. But when he finally got a taste of football it grabbed him in a way that none of the others did. It became his passion.

“If you have a passion for something you want to be the best at it,” Hilgendorf said.

That passion turned into a profession. On Monday morning, Hilgendorf was announced as the new head coach of Mascoutah’s football program. He replaces Josh Lee, who resigned following the spring season to pursue a job outside of coaching and teaching. The Indians went 5-1 and won the Mississippi Valley Conference title outright for the first time since 1990 this spring and were 24-23 in Lee's five seasons. Lee led Mascoutah to its second state semifinal appearance in school history in 2019.

Hilgendorf, 36, takes Mascoutah’s reins with an impressive resume. He spent the last five years at Watseka High, not far from where he grew up on the family farm in Donovan. In his five seasons, Watseka went 28-19 and qualified for the playoffs in each of his first four seasons. This spring the Warriors went 4-2 and there was no state playoff.

In Hilgendorf’s brief tenure he helped reshape Watseka’s record book as the Warriors tied the school record for wins in a season with seven (twice) and set a new mark for most consecutive playoff appearances.

“I’m proud of what we’ve done at Watseka,” Hilgendorf said. “I can’t say enough about the people and the kids.”

Hilgendorf’s football education primarily has come in the northern and northeastern corner of Illinois. He spent three years running the triple option as the quarterback for the Tri-Point/Donovan co-op. He had some opportunities to play at NCAA Division III schools but chose to try to walk on at Eastern Illinois University. During conversations with the coaching staff they realized he had every intention of becoming a coach. They had a student assistant coaching position open that made more sense.

Hilgendorf put down the ball, picked up his notebook and began an in-depth, hands-on apprenticeship with the coaching staff, led by legendary EIU skipper Bob Spoo.

Hilgendorf spent one year working with the offensive staff and three years with the defensive staff. When he graduated in 2007 he knew all the inner workings of a college program with a staff of coaches that now are spread across the country.

“Sitting in staff meetings, I’ve got stories for days,” Hilgendorf said with a chuckle.

Now he’s taking the next step.

“I just think it’s a fortunate opportunity for my family and professionally,” Hilgendorf said. “It’s the next step in my career and in our lives. I’ve heard great things. It’s a place that’s been winning the last few years.”

Hilgendorf has started the process of getting to know the players. He’s still teaching and running the weight room at Watseka as it prepares for the fall season. There are plans for team Zoom meetings and one-on-one meetings that will happen in the near future. But Hilgendorf is very much looking forward to being up close and personal with everyone involved with the Mascoutah program.

“Nothing beats being face to face and seeing them in person,” Hilgendorf said.

One of the pillars of his success at Watseka was getting everyone to buy in that the team is greater than the individual. Some of that comes from Hilgendorf's experience as a player, riding the bus for nearly two hours just to get to and from practice.

“The ability to relate, that everyone has a different story,” he said. “We can all get on the same page and work toward a common goal. Everyone buying into something that’s bigger than themselves.”