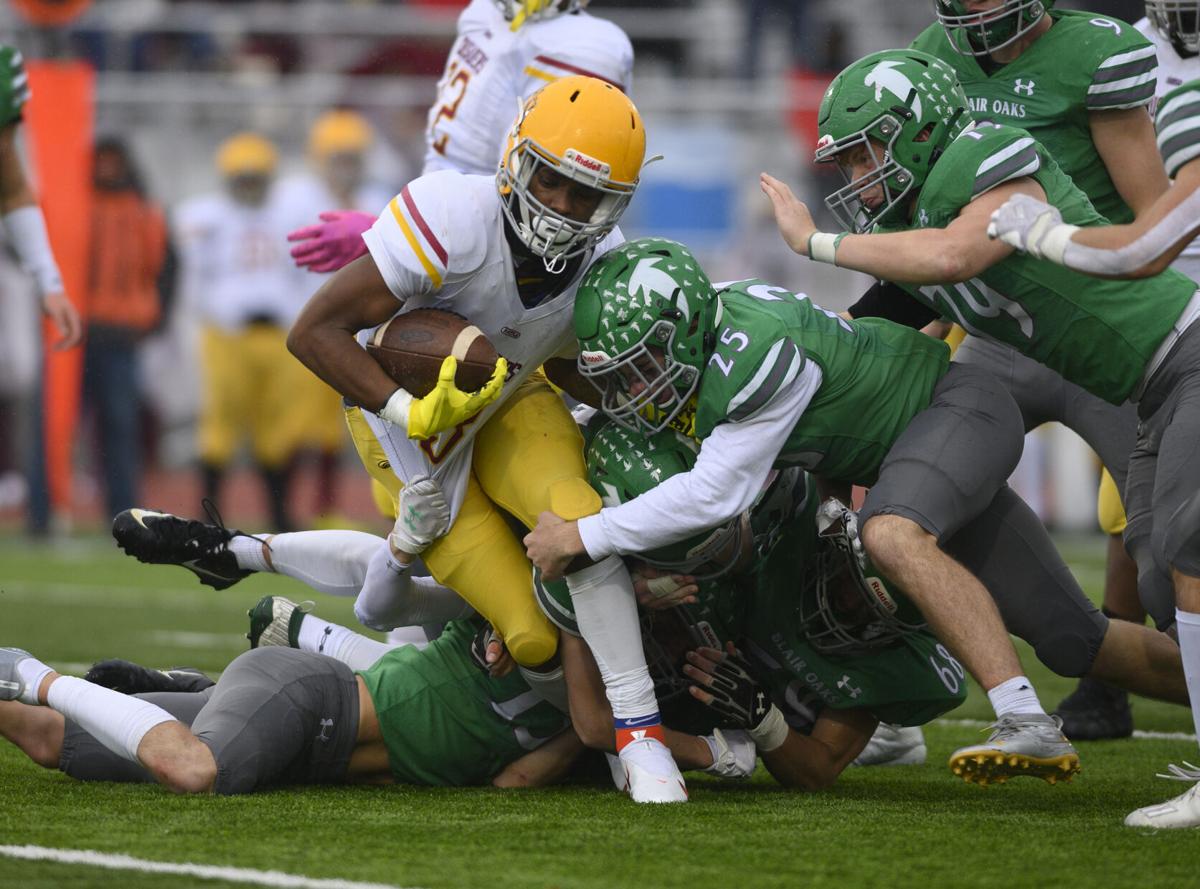 Lutheran North's Jaylin Carson (23) gets tackled by a host of Blair Oaks defenders during a Class 3 quarterfinal game on Saturday, November 21, 2020 at the Blair Oaks Athletics Complex in Wardsville, Mo. Paul Halfacre, STLhighschoolsports.com 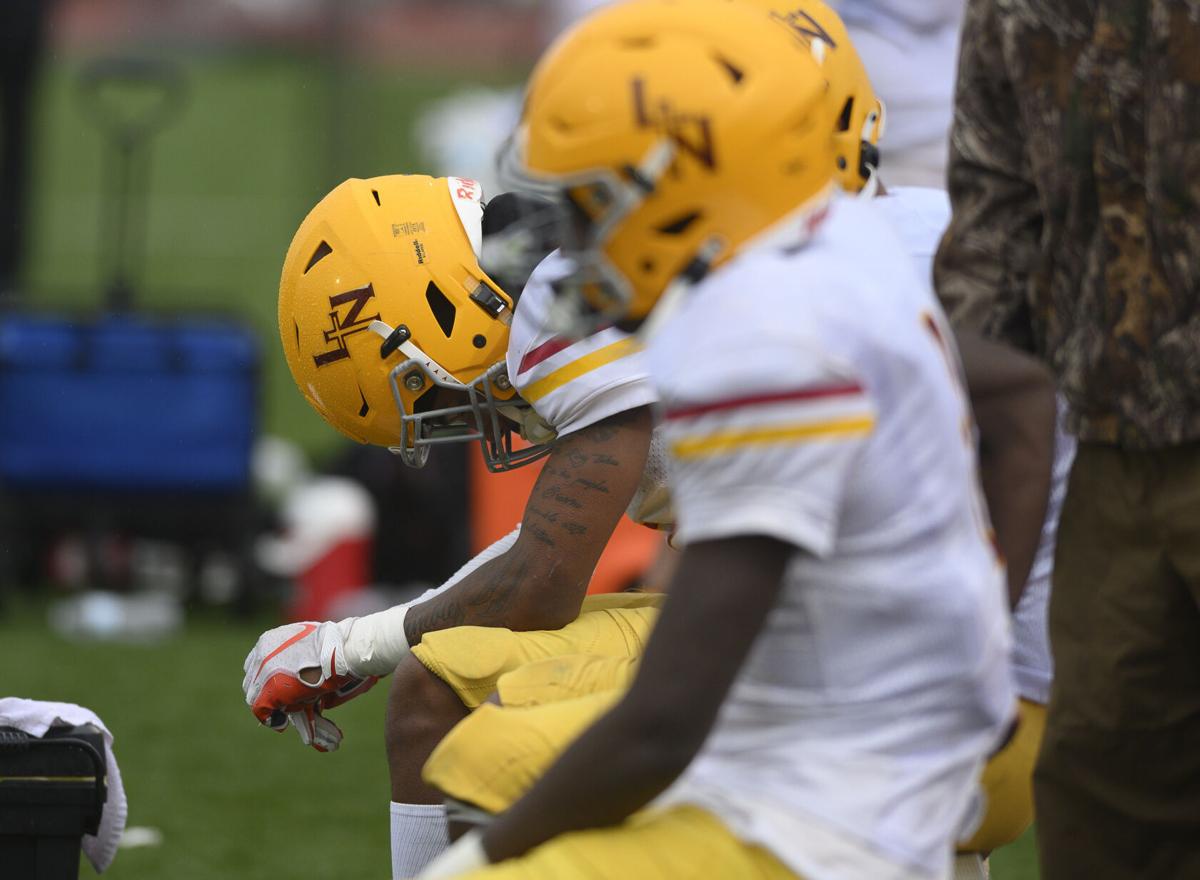 Lutheran North's Ali Wells (15) sits on the bench with his teammates during a Class 3 quarterfinal game on Saturday, November 21, 2020 at the Blair Oaks Athletics Complex in Wardsville, Mo. Paul Halfacre, STLhighschoolsports.com 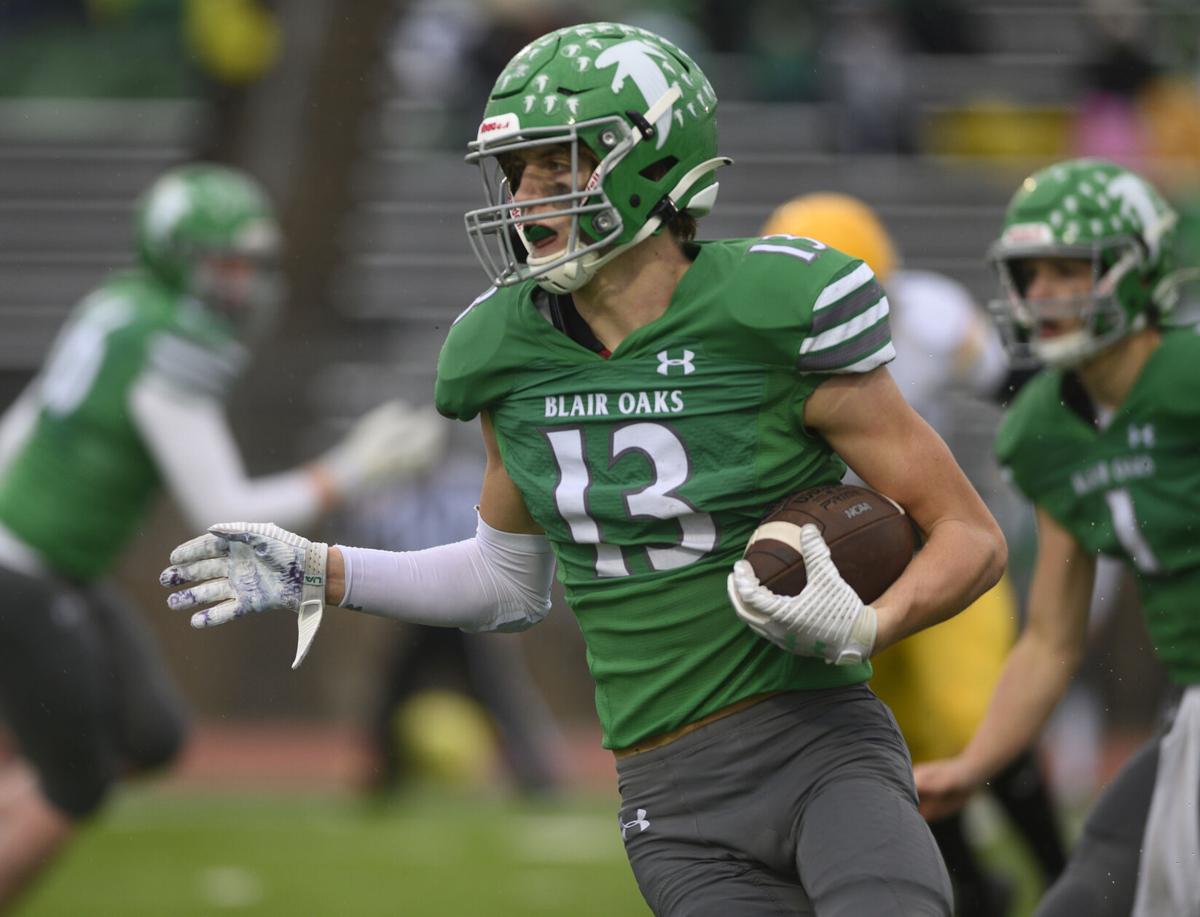 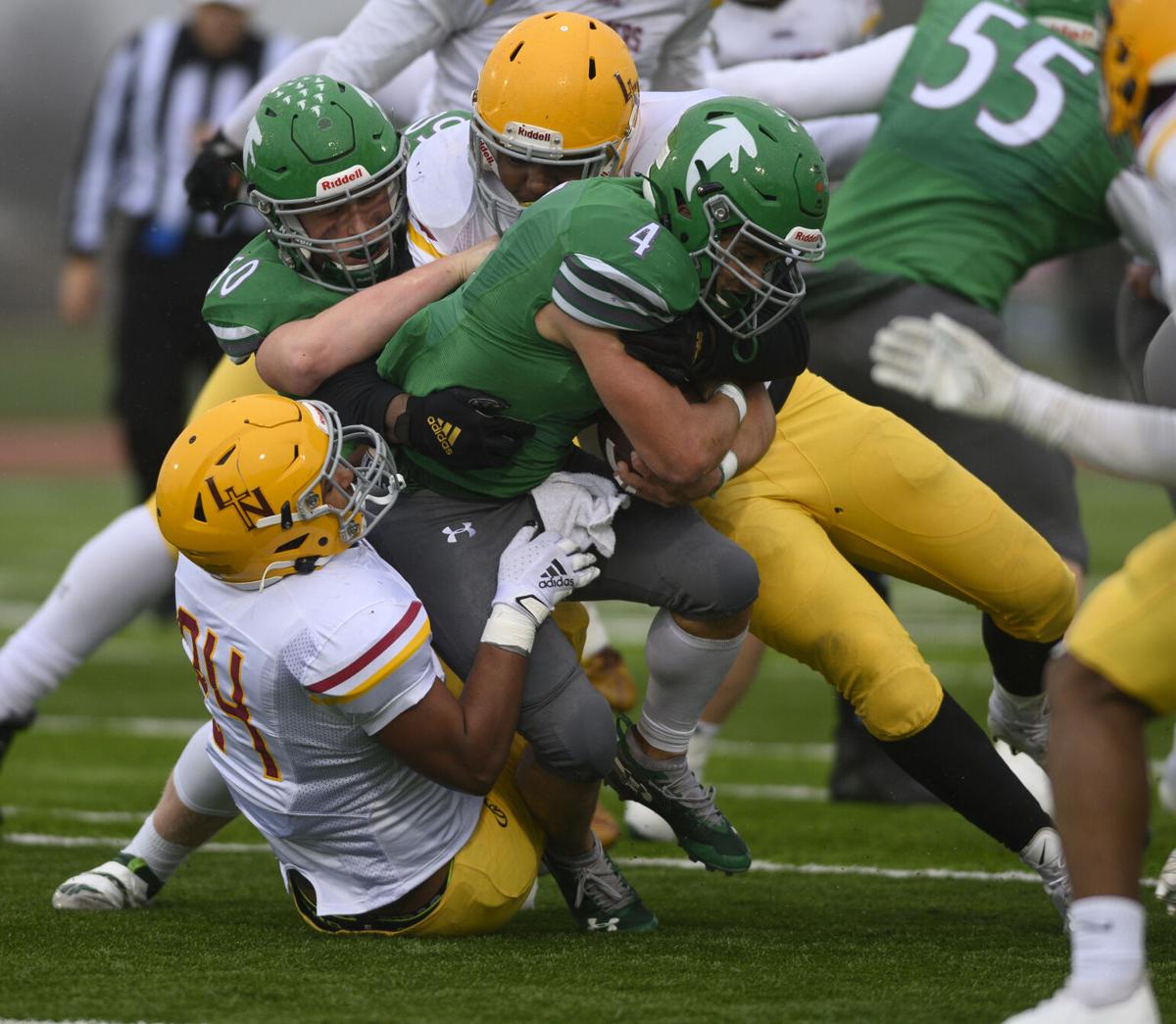 Blair Oaks rolled to a 44-9 victory against Lutheran North in a Class 3 state quarterfinal, scoring 37 unanswered points in the final 24 minutes after trailing 9-7 at halftime at Blair Oaks Athletics Complex.

"They came out and dominated in all phases of the game," Reed said. "They took it right to us."

But it didn’t look like a repeat was in order after the first half, when Lutheran North (5-1) held Blair Oaks to just 35 yards of offense on 15 plays.

"We just made adjustments and the line came out and really played," Purdy said. "It was just that and executing."

“He is everything that he's billed up to be," Blair Oaks coach Ted LePage said. "We went to a set that matched their defense better.”

Lutheran North was content to chew up the clock and get 3 or 4 yards per carry in the first half, running 38 plays for 85 yards.

But possession time didn’t result in points, and the Crusaders finished with only 143 yards of total offense.

"We could never do much on the offensive side of the ball and we've got some things to correct in the offseason," Reed said.

This is the sixth time this season Blair Oaks has limited its opponent to 10 points or less and the nine points is the least amount of points the Crusaders have mustered since last year's 6-0 district championship victory over Lift for Life.

The Crusaders appeared to grab a huge momentum swing when junior Toriano Pride returned an interception 30 yards for a touchdown and a 9-7 lead with only 16 seconds to play in the first half.

"As a younger coach, I probably would have gone ballistic at halftime, but I told my offensive coordinator that's who we are," LePage said. "Let it go. It's 9-7, who cares? We can score 21 points in two minutes. Be yourself and play."

In his tenure, Shelton guided Kirkwood to a 48-14 record and won the 2016 Class 6 state championship, the second state title in program history.

The last time there was no Turkey Day: Jones, Webster Groves played for state in 1988

This season's rivalry game between Kirkwood and Webster Groves has been canceled by COVID-19. It was not played in 1988 because of a state championship.

Nate Rapplean’s first taste of varsity football did not go as planned.

Spartans advanced to play for the Class 6 championship for the second season in a row.

Behind their passing attack, the Lions advanced to play host to Blair Oaks for a trip to the state championship game.

Colby Ott didn't think it could get any better.

HANNIBAL — Reagan Andrew stood on the sidelines muttering to himself.

Be wary if Devin Watson is standing on his 10 toes at the line of scrimmage.

Lutheran North's Jaylin Carson (23) gets tackled by a host of Blair Oaks defenders during a Class 3 quarterfinal game on Saturday, November 21, 2020 at the Blair Oaks Athletics Complex in Wardsville, Mo. Paul Halfacre, STLhighschoolsports.com

Lutheran North's Ali Wells (15) sits on the bench with his teammates during a Class 3 quarterfinal game on Saturday, November 21, 2020 at the Blair Oaks Athletics Complex in Wardsville, Mo. Paul Halfacre, STLhighschoolsports.com