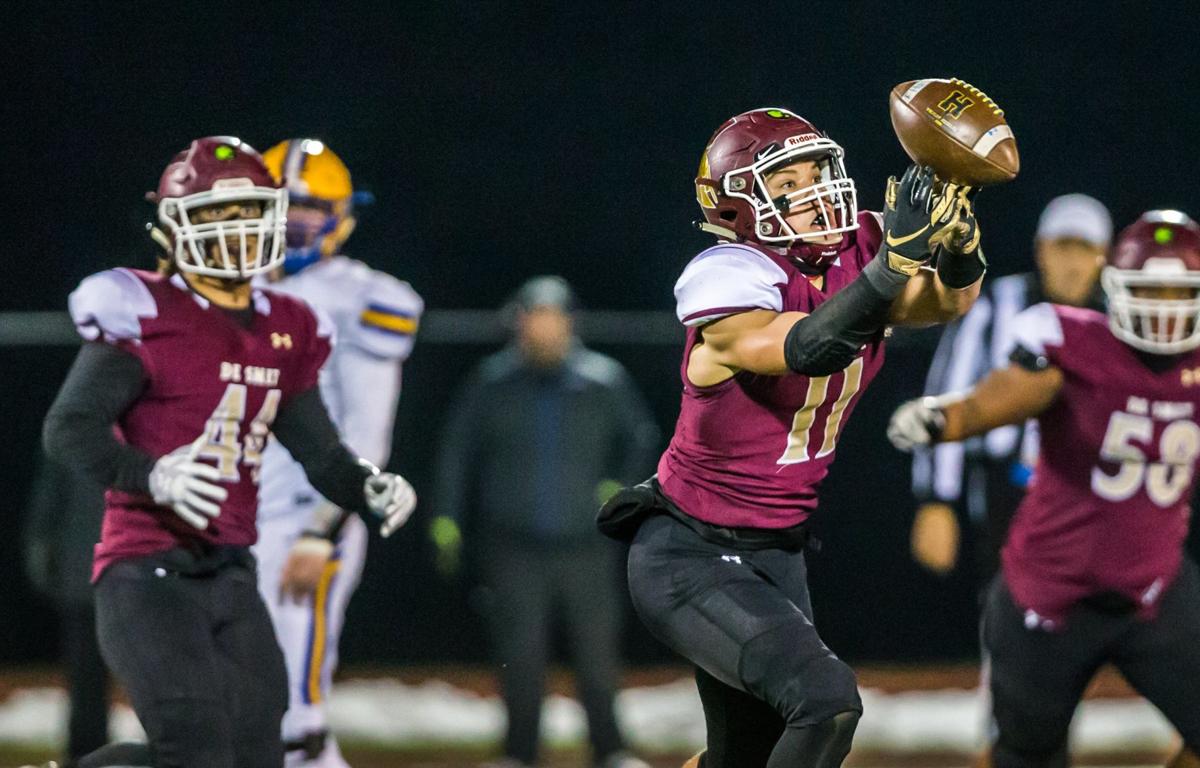 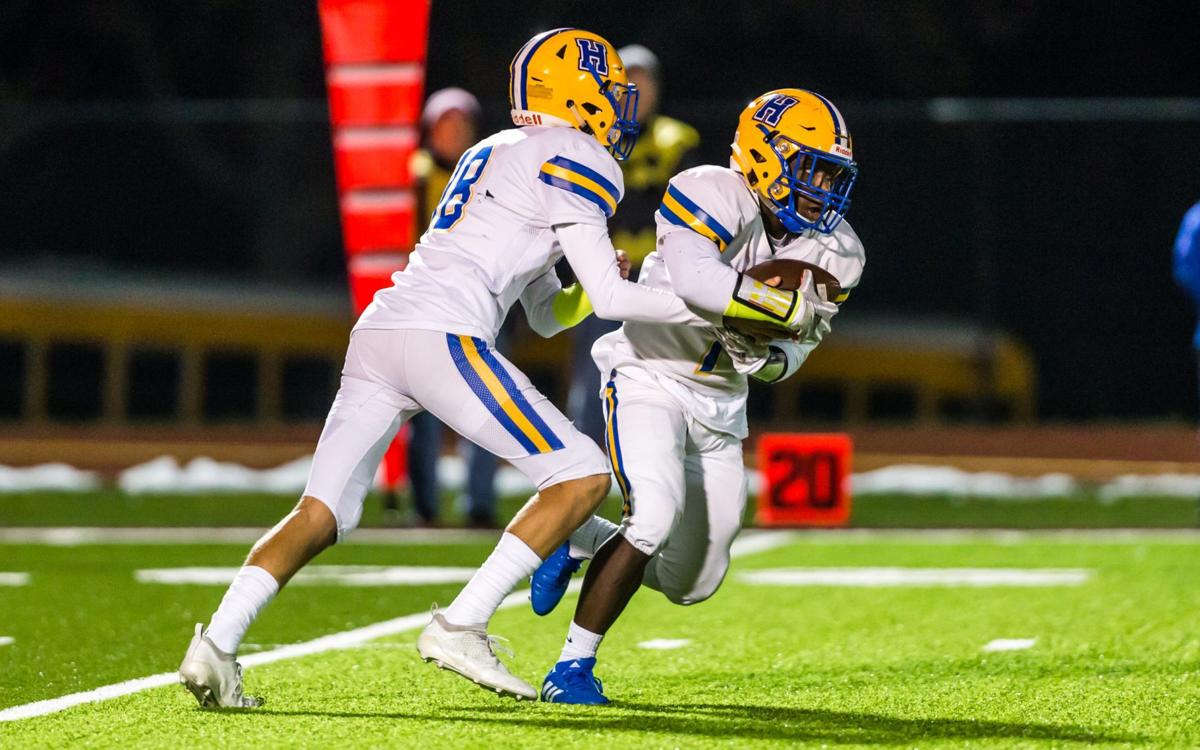 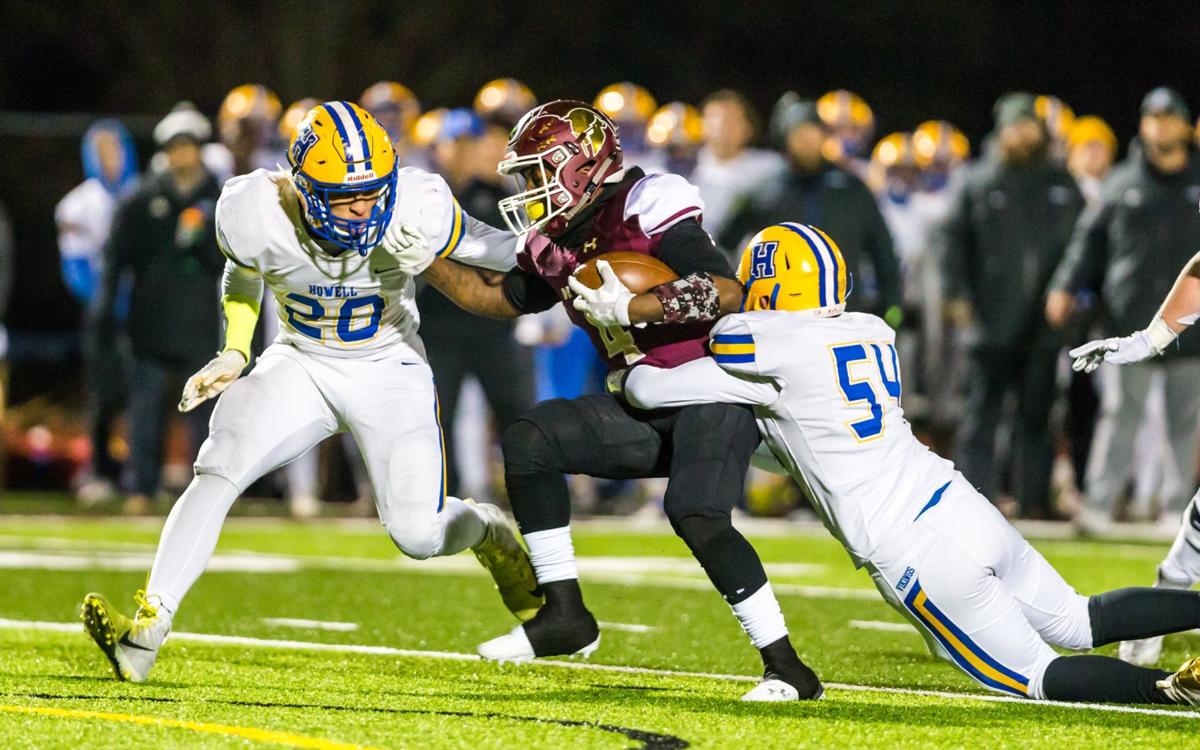 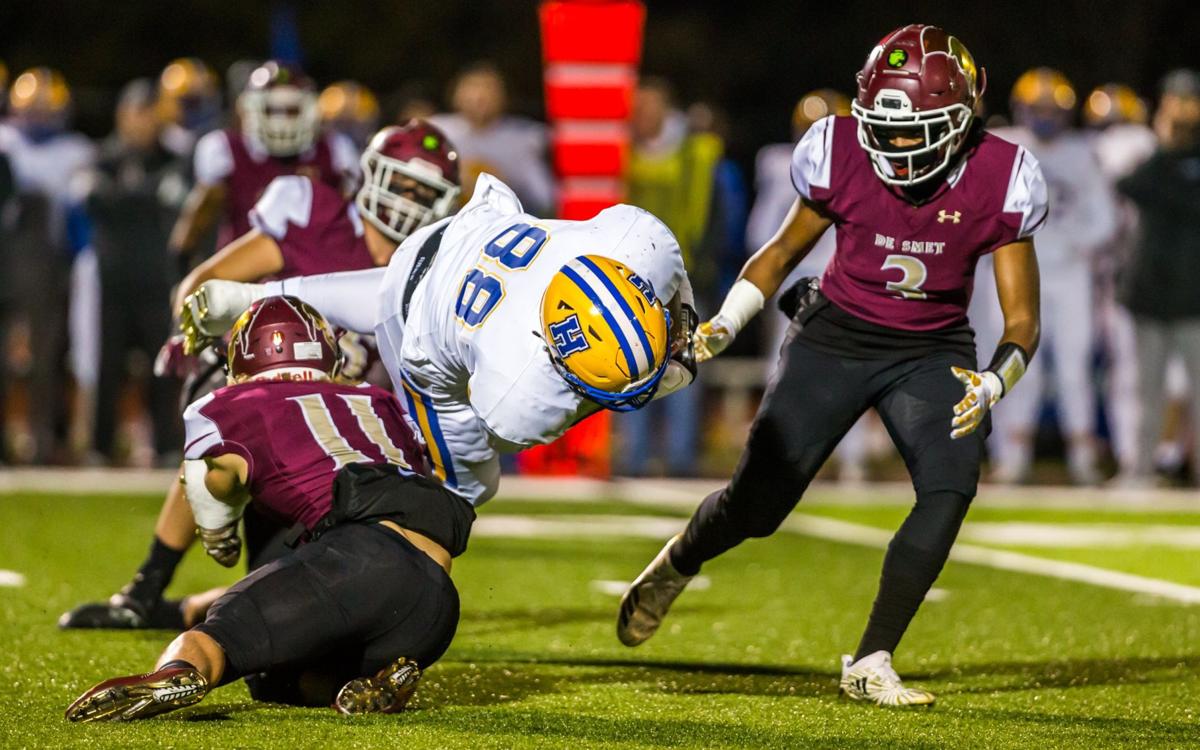 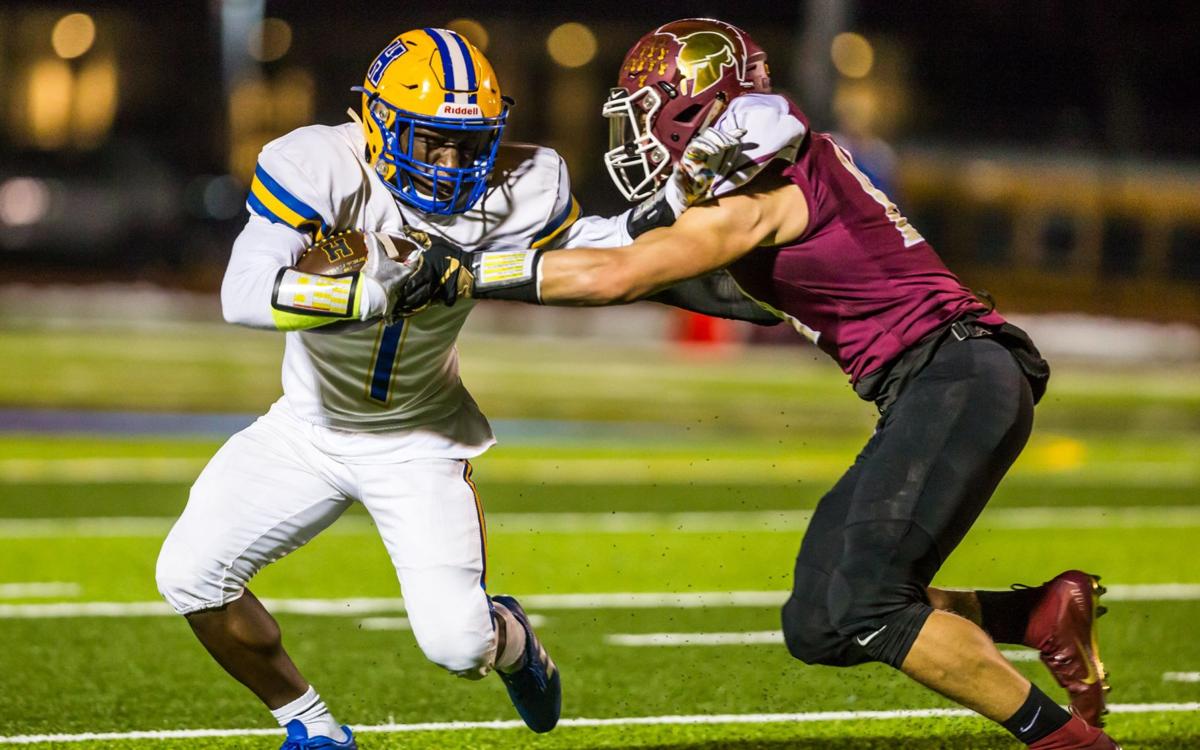 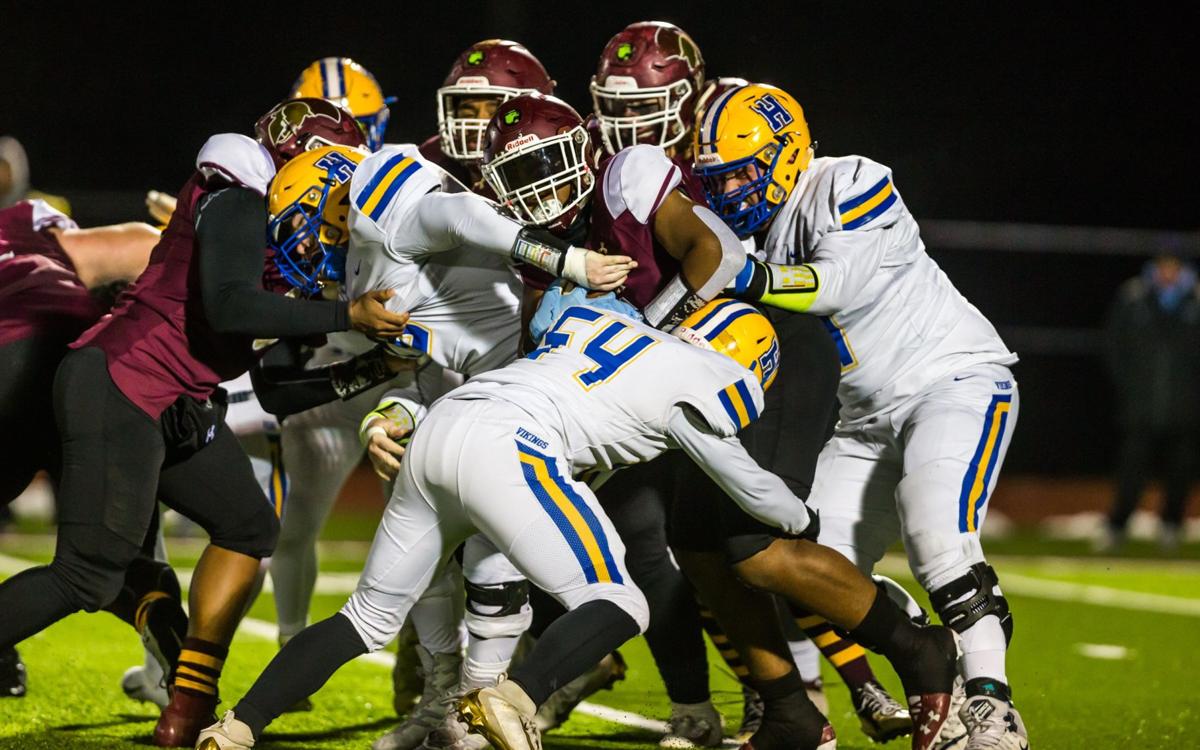 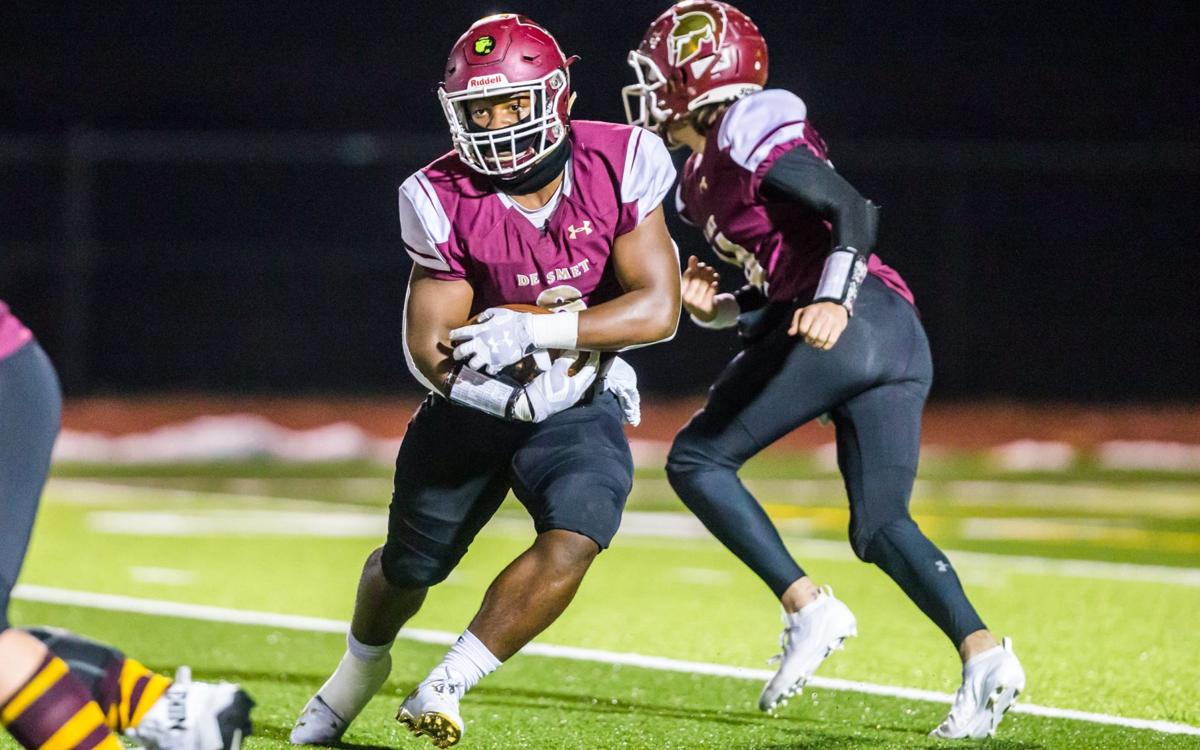 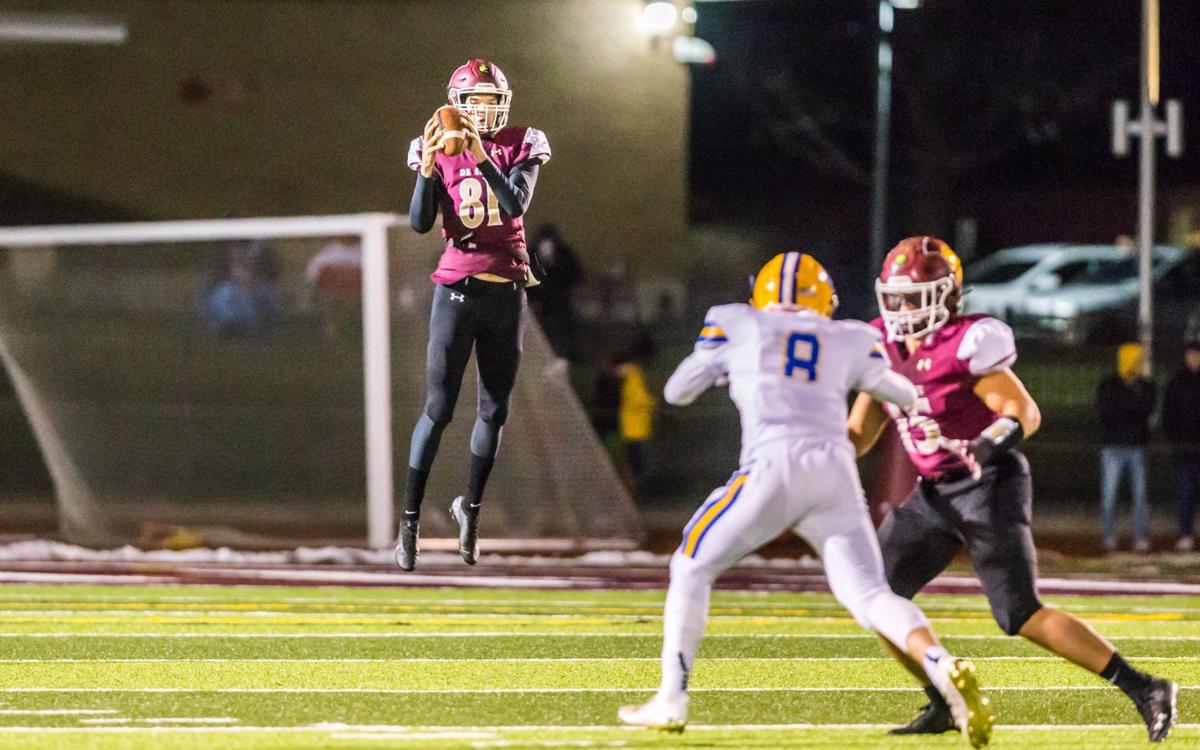 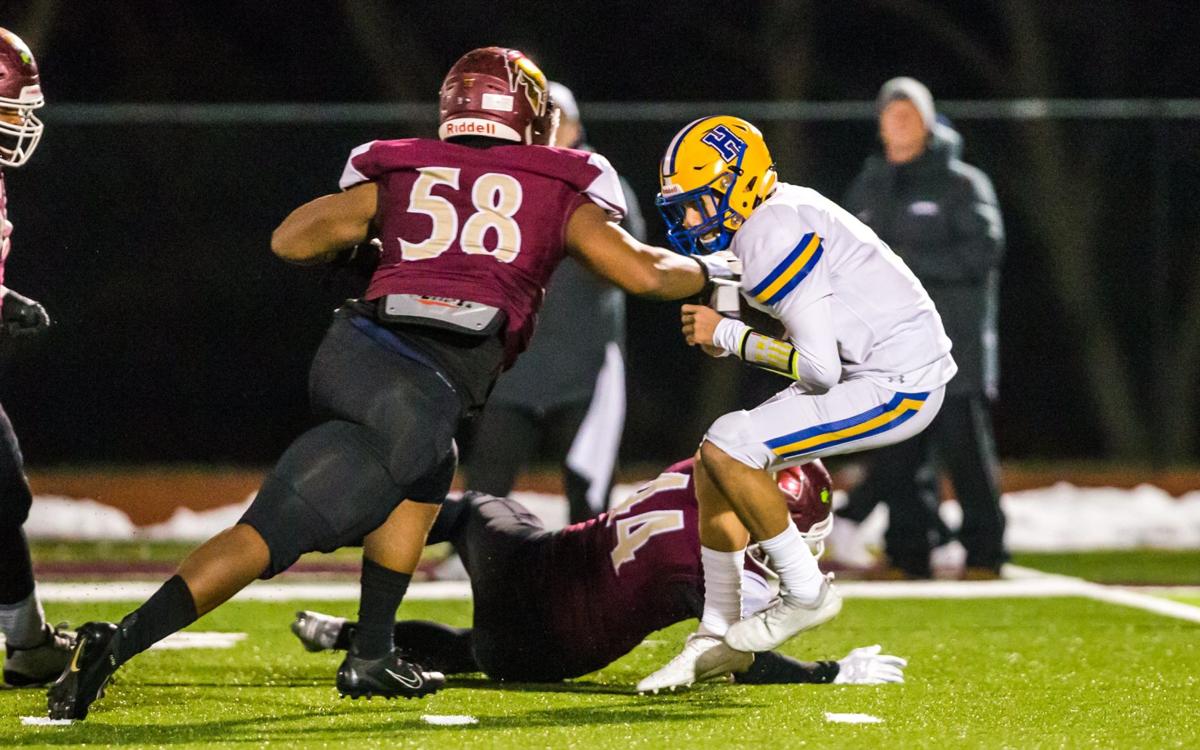 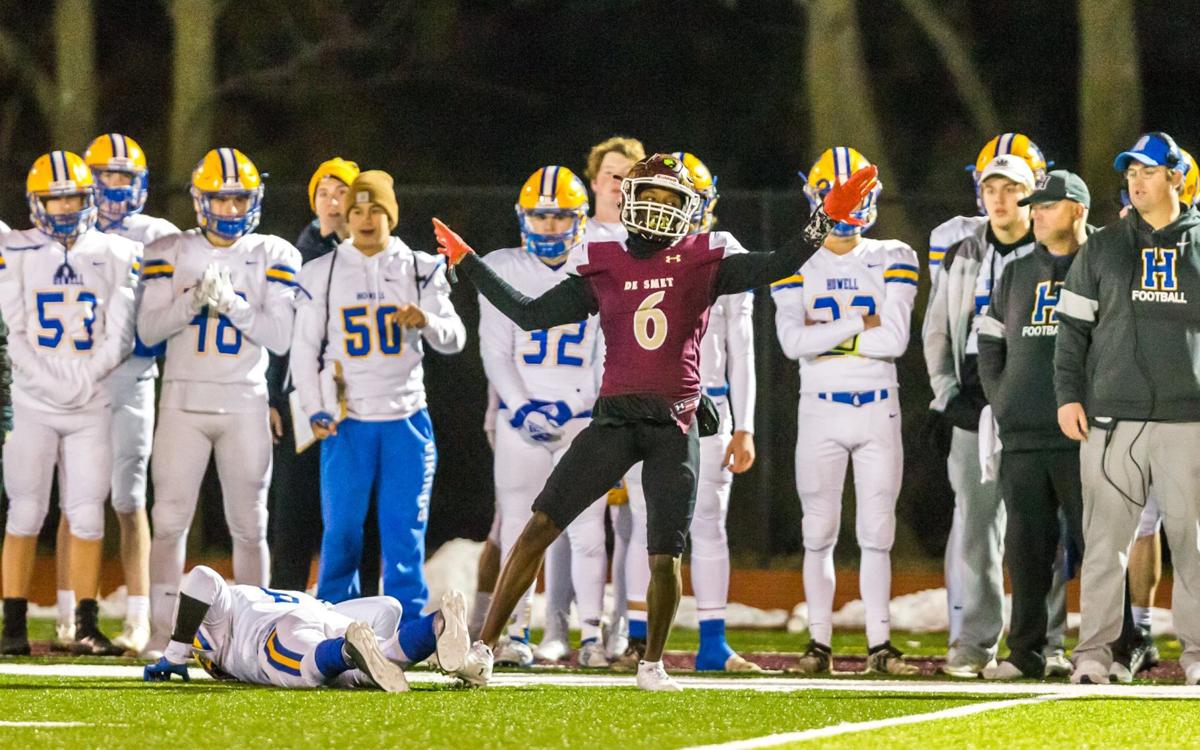 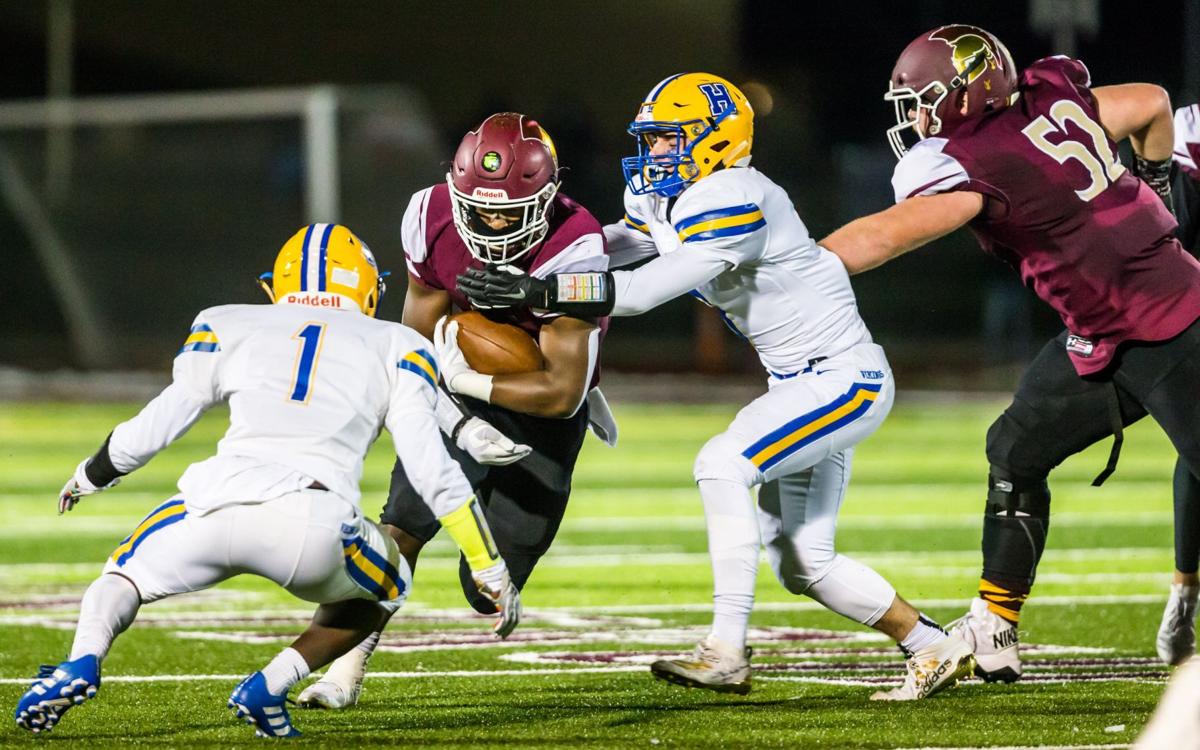 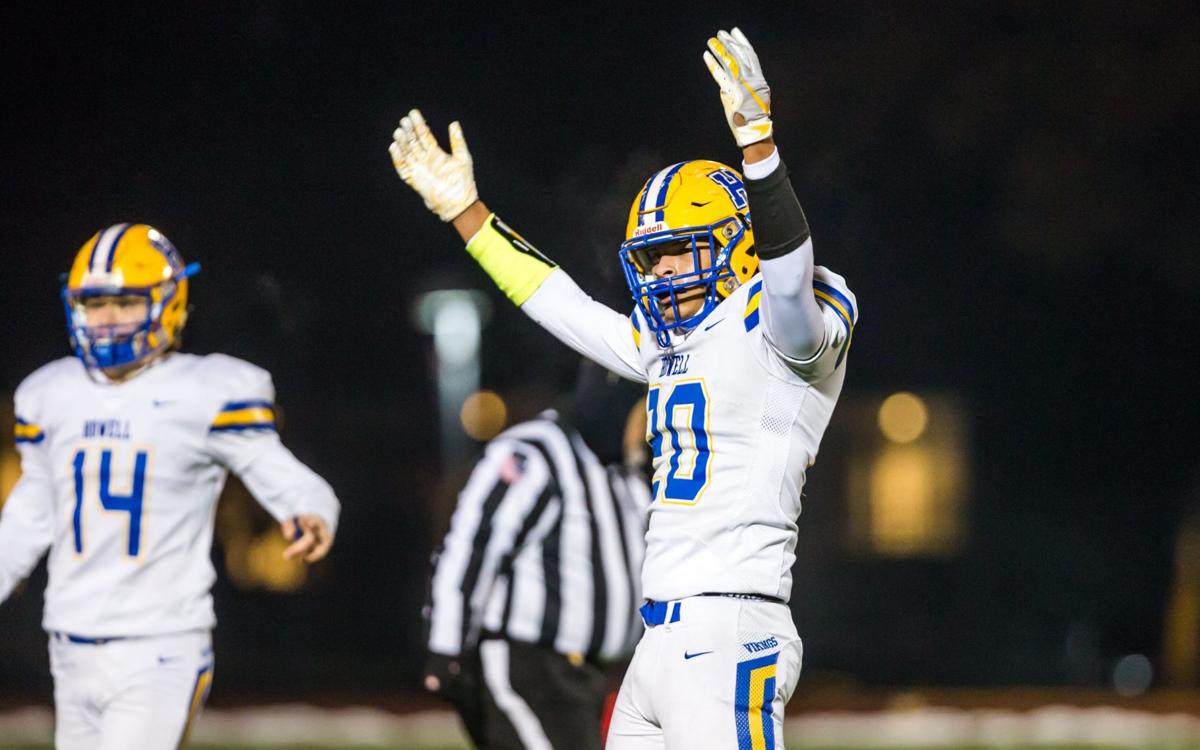 Friday night it was the Spartans passing game that made the big plays.

Senior quarterback Michael Wheeler completed 7 of 16 passes for 140 yards and two touchdowns as De Smet rolled to a 31-3 win over Howell in the Class 6 District 1 championship game at Suntrup Field on the campus of De Smet.

The top seed in the district, No. 2 large school in the STLhighschoolsports.com rankings and top-ranked team in the Missouri Media's Class 6 poll, De Smet (12-0) advanced to play at sixth-ranked Raymore-Peculiar (10-2) in a state semifinal at a time and day to be determined.

It's the first district championship for De Smet since 2012 and comes as a long-awaited reward for a team that went 1-9 in 2017.

“This is a culmination of hard work for our guys,” De Smet coach Robert Steeples said. “They bought into the idea of team and being together. For them to see the benefit of being family and being a brotherhood pay off on the field has been awesome.”

During its resurgence this season De Smet has leaned on its physical and imposing offensive line and a trio of junior running backs that are capable of busting loose at any moment. Howell was ready for that and put together a solid plan of attack.

Junior running backs Rico Barfield, Taj Butts and Darez Snider combined for 174 yards on 30 carries. Butts scored a pair of short touchdowns that helped put the Spartans up 14-3 at halftime.

Senior kicker Luke Bauer connected on a 29-yard field goal for the only score of the third quarter to make it 17-3.

On the first play of the fourth quarter, Wheeler hit junior Ra'shod Smith-Harvey for a quick out along the sideline. Some excellent footwork and a juke move later, Smith-Harvey turned the short pass into a 25-yard touchdown. He caught two passes for 29 yards.

The Spartans drove the hammer home when Wheeler flipped a shovel pass to senior receiver and Notre Dame recruit Jordan Johnson, who took the ball down the line and cut up field through traffic for a 24-yard score that made it 31-3 with 8 minutes and 23 seconds remaining.

“When you have guys like that with that kind of talent, it makes my job so much easier,” Wheeler said with a smile.

Johnson caught two passes for 61 yards and a score.

Howell's defense did what it could to limit the damage on the ground. Once De Smet put the ball in the hands of its playmakers on the outside or in space, they were able to break free and deliver.

“If we were going to get beat we wanted them to beat us with the pass,” Chojnacki said. “Our defensive game plan was to stop the run and our guys did a good job of that.”

De Smet's defense was suffocating. Howell senior running back and kick returner Gideon Niboh is among the most dangerous offensive players in the area. He rushed 19 times for 41 yards. He caught six passes for 55 yards and only showcased his electric abilities in spurts. He had one run of 10 yards or more.

“He's a good player. We tried to shut him down and keep him close to the D-line,” senior De Smet defensive lineman Armon Wallace said. “We prepared really well for this team. We knew they had a nice O-line so we practiced everything to the tip top.”

Howell's best drive of the night started at its own 9. Senior quarterback Alex Pipes was tucking and running for a few yards at a time. He was spreading the ball around to several receivers including junior Jackson Hetzel who kept the drive alive with a sensational one-handed grab on third-and-five at the Howell 48. On the next play, though, the Spartans defense came up big again. As Pipes fired his pass over the defensive line, Wallace got a paw on it and batted it into the air. Junior lineman Mekhi Wingo came down with the ball for the interception and ended the Vikings threat.

“Our D-line is a very high IQ group even though they're known for their physicality and aggression,” Steeples said.

Pipes completed 15 of 34 passes for 129 yards and was intercepted twice. He rushed for 46 yards, too. Heztel caught five passes for 41 yards.

“The core of their defense is the defensive line,” Chojnacki said. “They're phenomenal players up front.”

Howell hadn't been held to less than 14 points prior to Friday night and that only happened in a 14-6 win over Rock Bridge in Week 9. The Vikings couldn't solve the Spartans for any length of time Friday night. That, Steeples said, is a credit to his players.