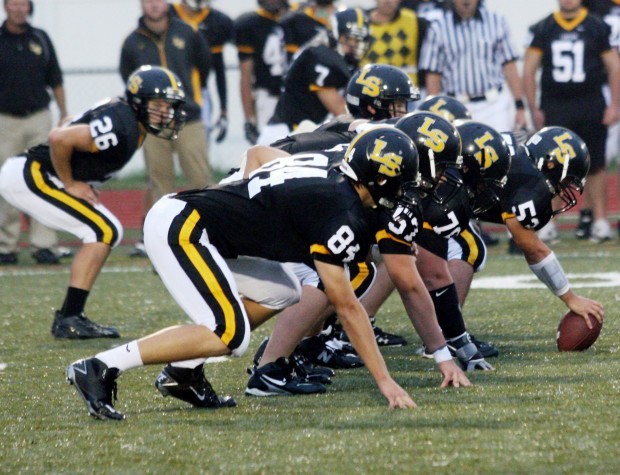 The Lutheran South football team will have a new head coach next season. Matt Marty, who's been named the new coach at Lutheran-St. Charles, made his resignation official on Friday. (Paul Kopsky | STLhighschoolsports.com) 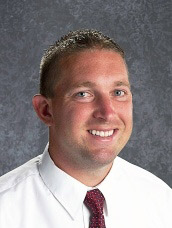 On Friday morning Matt Marty announced to his players that he is stepping down from his post as head football coach at Lutheran South. A 2000 Lutheran-St. Charles graduate, Matt Marty will take the reins as his alma mater's head coach next season. (Submitted photo)

Matt Marty announced to his players Friday morning that he will not return as head football coach at Lutheran South. He has accepted the same position at his alma mater, Lutheran St. Charles.

"There's a lot of great students at Lutheran South, and it's been a pleasure to coach so many phenomenal young men and work with coaches that have put in so much time and dedication," Marty said. "That said, I'm very excited to come to Lutheran St. Charles. It's a unique opportunity that I think a lot of people would really love to have.

"I'm very fortunate to come back to my alma mater and be able to continue the principles that (former coaches Dave) Steinbacher and (Doug) Kuhlmann have established over the last 10 years. Setting that foundation in the faith and character aspects is something we want in our football program. To be a part of that is very exciting to me."

A 2000 Lutheran St. Charles graduate, Marty was a three-sport athlete in high school before playing football at Concordia University (Neb.). He got his first coaching position as an assistant while student teaching at Lutheran High School of Orange County (Calif.).

He became an assistant coach at Lutheran South in 2008 before taking over as head coach in ‘09. In two years at the helm, he guided the Lancers to a 6-14 record, but the win total increased each year since the program went 1-9 during his first year there as an assistant in ‘08.

"It was difficult at first, not necessarily because of the wins and losses, but because I saw the potential in the players and we were unable to realize some of that potential," Marty said. "We made a lot of strides, but the biggest thing I wanted was to get over the intimidation. The ABC League is a great league and I have a ton of respect for those schools, but some of our guys were afraid to compete against those teams. We began the process in the 2009 season and ultimately the confidence we got from our offseason training allowed us to start making steps toward competing against those schools."

Marty takes over a Lutheran St. Charles team that went 6-4 in 2008 but has gone just 3-17 since. Kuhlmann had been coach since 2001 but recently stepped down to focus more solely on his duties as an athletics director and father.

"We're excited about what he brings to the program in terms of his experience level from being in successful programs as an assistant and contributing toward the turnaround of a program at Lutheran South," Kuhlmann said. "The thing I'm most excited about is his vision for where he wants to take our football program. The vision is faith, family, future, and football -- in that order."

Kuhlmann hopes to remain involved in some coaching aspects of the football program, and Marty said he will be grateful for any expertise or insight he can provide.

"I've invested a decade of my life in the football program here at Lutheran High and have kind of molded it with my vision in those 10 years," Kuhlmann said. "I wanted to make sure the school hired the right man to take the reins and continue the vision I've developed and take it to the next level."

The move to Phase 2 allows for high-contact sports — including football, soccer and volleyball — to have up to 20 athletes together at a time with a pair of coaches in addition to the group of 20.

Masked up and distant, MICDS opens practice with Bouchard at the wheel

MICDS was one of a handful of football teams to start preseason practices in St. Louis County Monday

As the coronavirus pandemic continues to uproot the norms of everyday life, Chevalier Brenson has a simple philosophy for complex times.

Pacific grateful to be practicing as Paul Day era kicks off

PACIFIC — Tyler Martin was running laps around the track in early February at Pacific High.

MSHSAA’s decision aligns it with the guidance of the National Federation of State High School Associations, which has pushed for more inclusive plans in the ever-changing face of the coronavirus pandemic.

No. 17: De Smet lineman Lillibridge thrives with a demanding routine

After long Friday nights of catching, running and tackling, Logan Kopp needs all the ice baths he can get Saturday mornings.

No. 21: Marshall's plan helps him excel academically, athletically at CBC

Jordan Marshall has a grade point average that is better than a straight-A student. He was offered a football scholarship by 24 college or uni…

Negotiate with Myles Norwood at your own risk.

The Lutheran South football team will have a new head coach next season. Matt Marty, who's been named the new coach at Lutheran-St. Charles, made his resignation official on Friday. (Paul Kopsky | STLhighschoolsports.com)

On Friday morning Matt Marty announced to his players that he is stepping down from his post as head football coach at Lutheran South. A 2000 Lutheran-St. Charles graduate, Matt Marty will take the reins as his alma mater's head coach next season. (Submitted photo)
© Copyright 2020 STLtoday.com, 901 N. 10th St. St. Louis, MO | Terms of Use | Privacy Policy
Powered by BLOX Content Management System from TownNews.com.
You don't have any notifications.