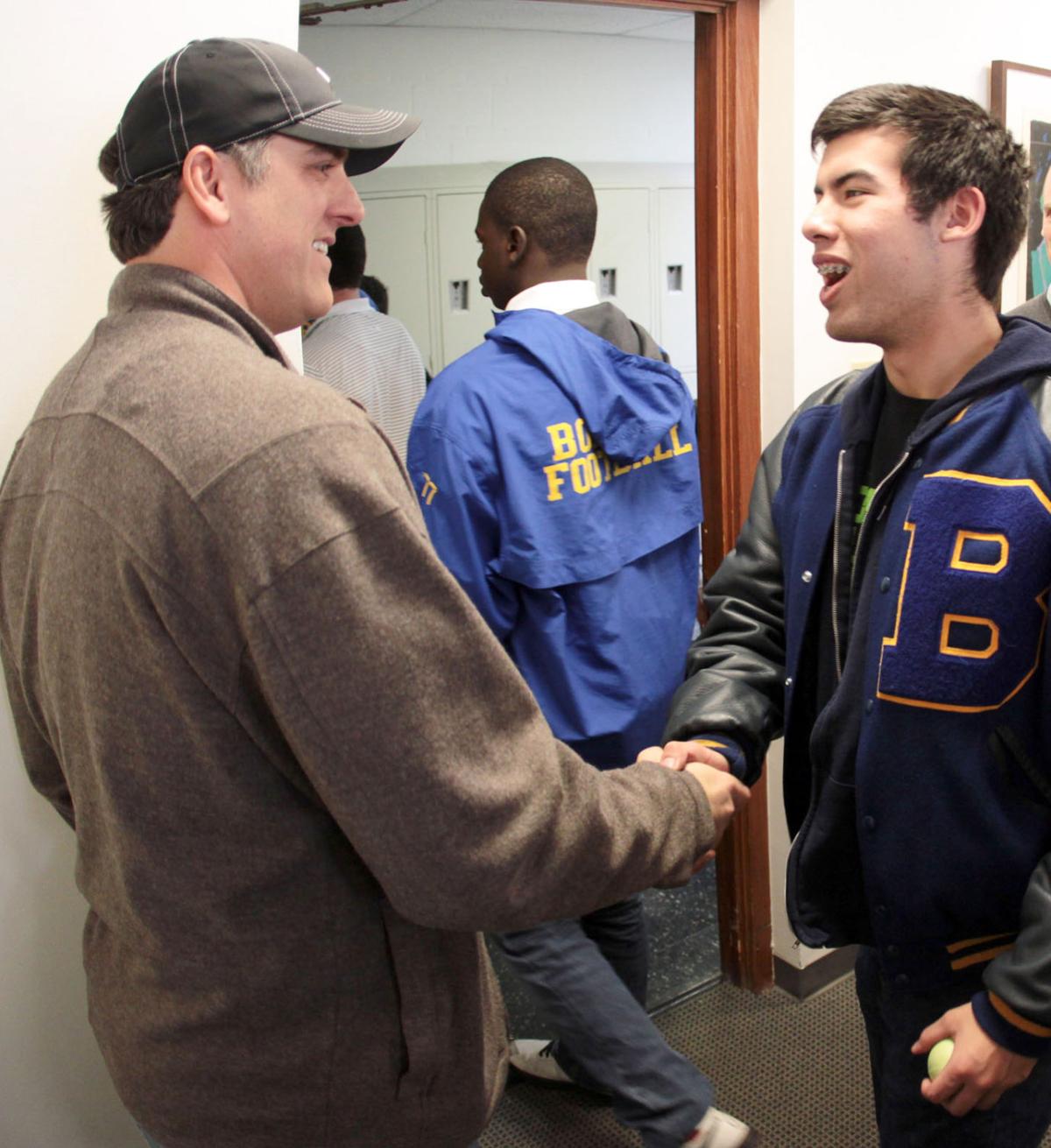 Gus Frerrotte of John Burroughs greets one of his students. 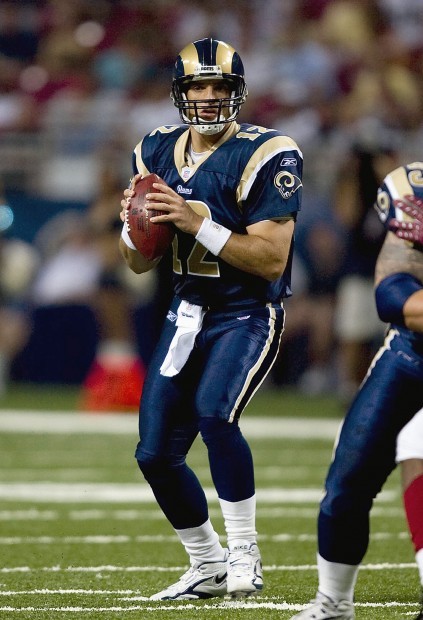 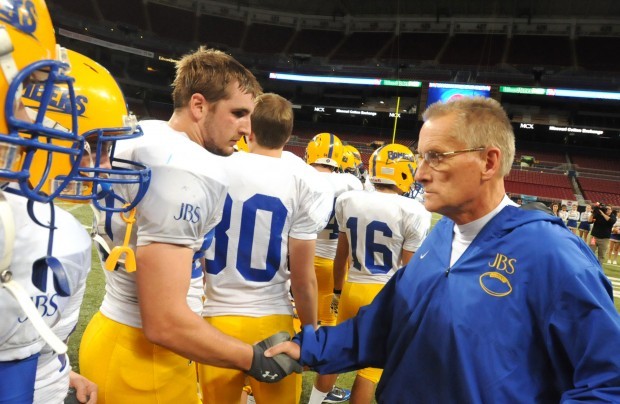 John Burroughs head football coach Todd Small shook the hand of each of his players after Friday's tough 21-20 loss to Richmnond for the Class 3 title.
By Brett Auten | STLhighschoolsports.com

A former NFL quarterback is stepping in as the new football coach at John Burroughs.

Gus Frerotte, who for two seasons has been quarterbacks coach at the school, is replacing Todd Small, who will retire, John Burroughs School announced Wednesday.

Small is going to hang it up after reaching his highest note as coach. The Bombers went 14-1 and reached the Missouri Class 3 finals in the recently completed season.

Small was with Burroughs for 23 years, including six as head coach during which he posted a 44-21 record. His retirement as coach and teacher is effective at the end of the school year. Small took over for Jim Lemen as head coach in 2005. Lemen was the head coach at JBS from 1970 through 2004.

Frerotte was a seventh-round pick out of Tulsa by the Washington Redskins in 1994 and selected to the Pro Bowl in 1996. He spent his career with numerous NFL teams, including the St. Louis Rams from 2006-07. Frerotte passed for 21,291 yards along with 114 TDs for his career. During his tenure, Frerotte also played for the Detroit Lions, Denver Broncos, Cincinnati Bengals, Miami Dolphins, and Minnesota Vikings.

No. 1 prospect Anthony Pierson decommitted from Mizzou, is looking at other options.

Gus Frerrotte of John Burroughs greets one of his students.

John Burroughs head football coach Todd Small shook the hand of each of his players after Friday's tough 21-20 loss to Richmnond for the Class 3 title.
© Copyright 2021 STLtoday.com, 901 N. 10th St. St. Louis, MO | Terms of Use | Privacy Policy
Powered by BLOX Content Management System from TownNews.com.
You don't have any notifications.