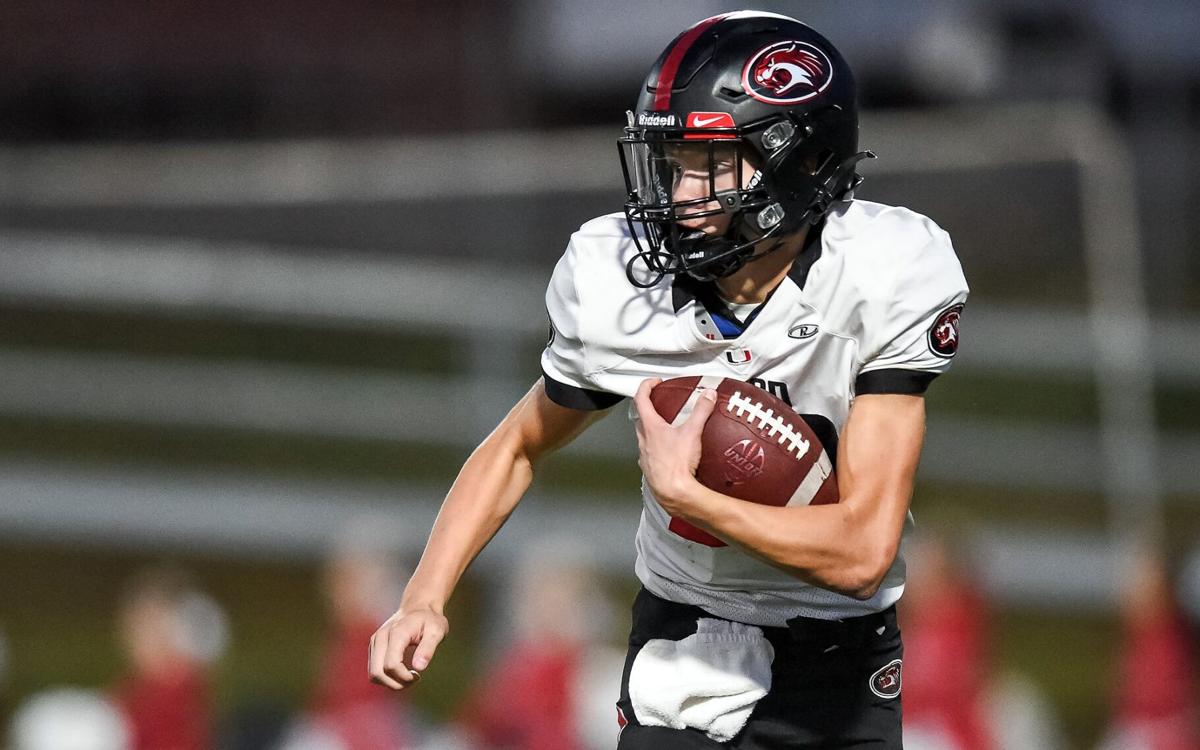 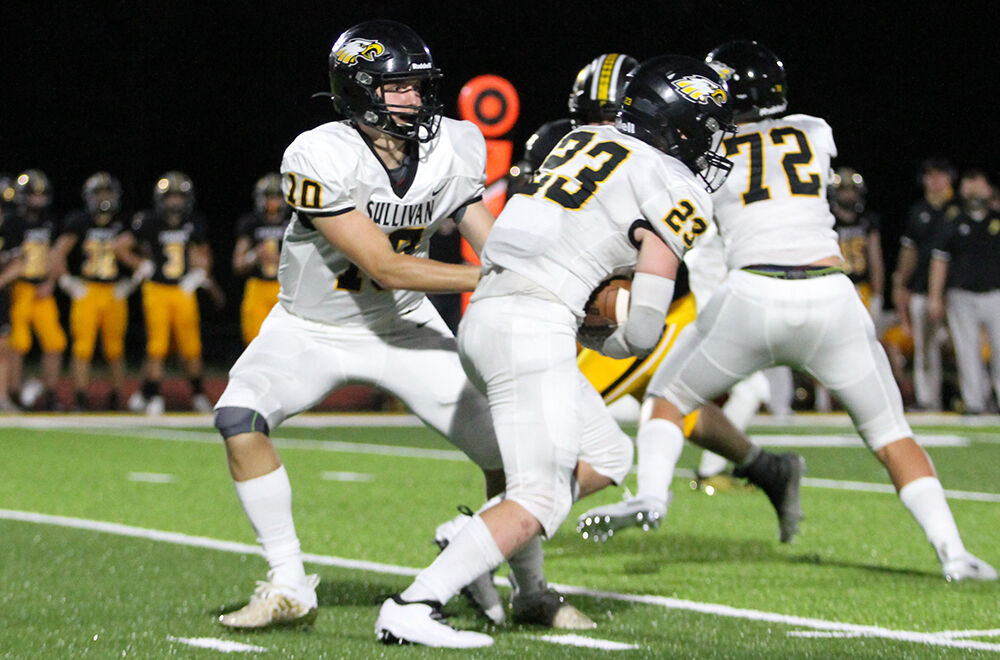 Sullivan's Gabe Dace (10) hands the ball off in the second week of football on Friday, September 4, 2020 at Festus High School in Festus, Mo. Benjamen Loewnau, Special to STLhighschoolsports.com 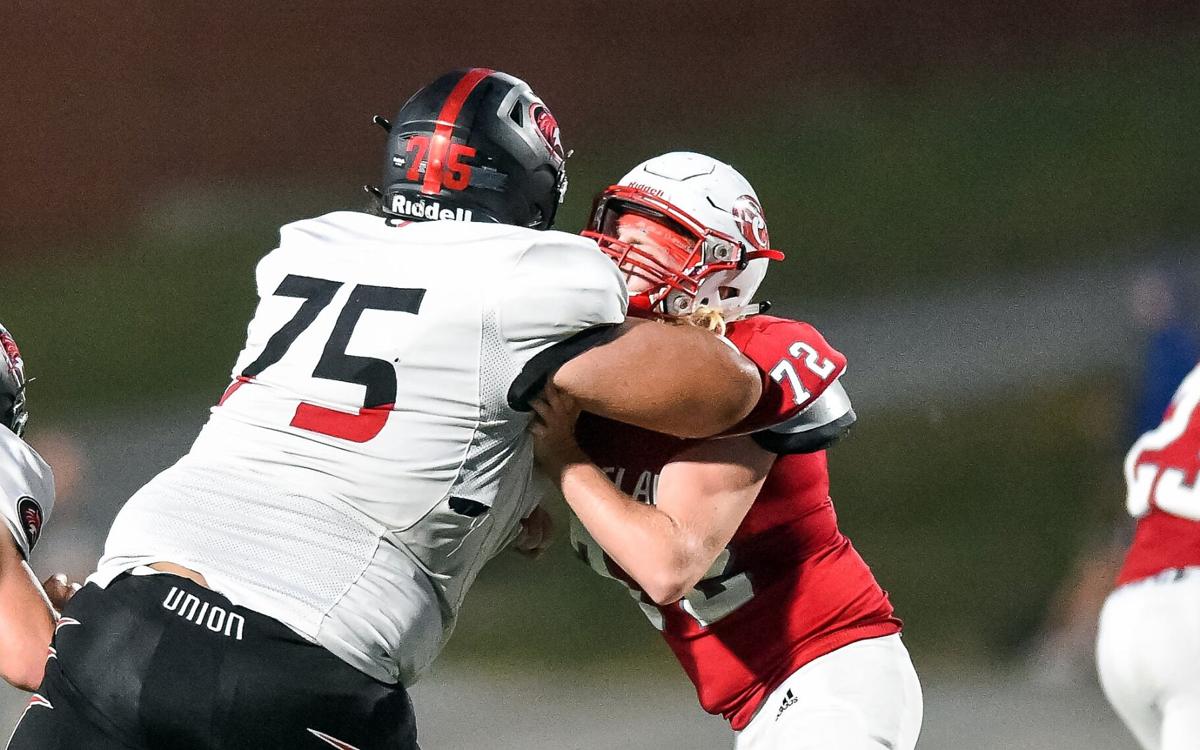 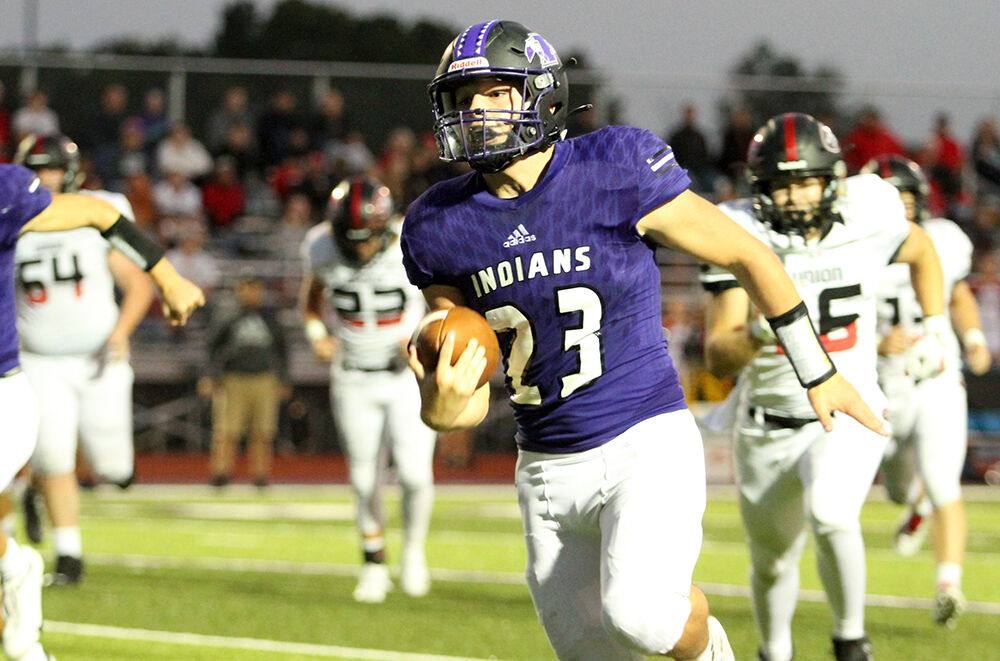 Neither will Justin Grahl or Paul Day for that matter.

The trio of football coaches have all had their seasons upended this week as the coronavirus pandemic took a big bite out of the Four Rivers Conference.

Pacific, Sullivan and Union all are out of action this weekend because their teams are being quarantined for potential COVID-19 exposure.

It will be a two-week break for Sullivan and Union. They are expecting to return Oct. 30 for Week 10 and the first round of postseason play.

Pacific will take off at least Friday for Week 8 and then reevaluate. Pacific’s new coach, Day declined comment. The school issued a statement that read in part, “Due to a number of athletes having to quarantine due to a recent positive COVID-19 exposure on campus, coupled with a number of injured athletes, the football game for this Friday is canceled. At this time, the game with St. James on Oct. 23rd is still on.”

The last few days have been unlike anything Haar has experienced in his coaching career. Haar took as Sullivan's coach in May after a three-year stint leading Potosi.

“It’s pretty difficult telling the kids our season is at a standstill for two weeks,” Haar said. “We’re only a day or two into it and it’s an eerie, odd feeling.”

Nearly every high school athletics program in the region dealt with some sort of remote offseason when schools shuttered statewide in late March and weight rooms and facilities were off limits. Both Sullivan and Union returned to organized activities in early July and began preparing for the fall season. Now they have to audible with their players quarantined.

“We’re getting pretty creative with what we’re going to do,” said Grahl, Union’s second-year coach. “Most of our varsity is in quarantine. We’re sending them weekly workouts. We’re doing Zoom meetings. We’re constantly in touch about their school work.”

Haar’s situation is complicated by the lack of access his student-athletes have to reliable high-speed internet. It can make virtual conditioning practices and meetings tough for the entire team to attend.

“Everybody has different forms of Wi-Fi,” Haar said. “It’s hard to get them all on the same page. It’s pretty tough right now.”

The entire Four Rivers Conference is well aware these kinds of things can happen at any time.

Earlier this season St. Clair missed two weeks when it was forced into quarantine. Sullivan was scheduled to play St. Clair the first of those two Fridays.

The two-week hiatus is just another tough break in a season full of them for Sullivan (1-5 overall, 1-3 league). The Eagles have lost three games by six of fewer points and Union beat them 14-0.

Sullivan, Pacific (1-5, 1-2) and Union (3-4, 2-2) all are in the Class 4 District 2 tournament. Union is the only team in that district that has played all its scheduled games this season. Grahl said playing in a season unlike any other had been good for his players.

“It’s been different for the coaches,” he said. “We can all use the distraction. (The players) have been able to find a much needed escape in football and all sports.”

That escape was punctured by the ugly reality that there is always the potential for the virus to rear its ugly head.

“Reality has a way of showing up and punching you in the face,” Grahl said. “Football players and coaches are creatures of habit. Anytime you’re away from each other for an extended period of time it’s weird.”

Being forced to splinter at this time in the season is a double-gut punch for Sullivan and Union. This is the time of year football teams are geared to play their best and carry that momentum into the postseason. There won’t be any momentum for the Eagles or Wildcats as they’ll resume play with their seasons on the line.

“We’re using that as motivation,” Haar said. “Week 10 is the opportunity to keep extending your season.”

Here's our weekly roundup of Friday' nights scores. Be sure to tune into our Friday Night Football show, where Dave Kvidahl and our intrepid r…

Sullivan's Gabe Dace (10) hands the ball off in the second week of football on Friday, September 4, 2020 at Festus High School in Festus, Mo. Benjamen Loewnau, Special to STLhighschoolsports.com