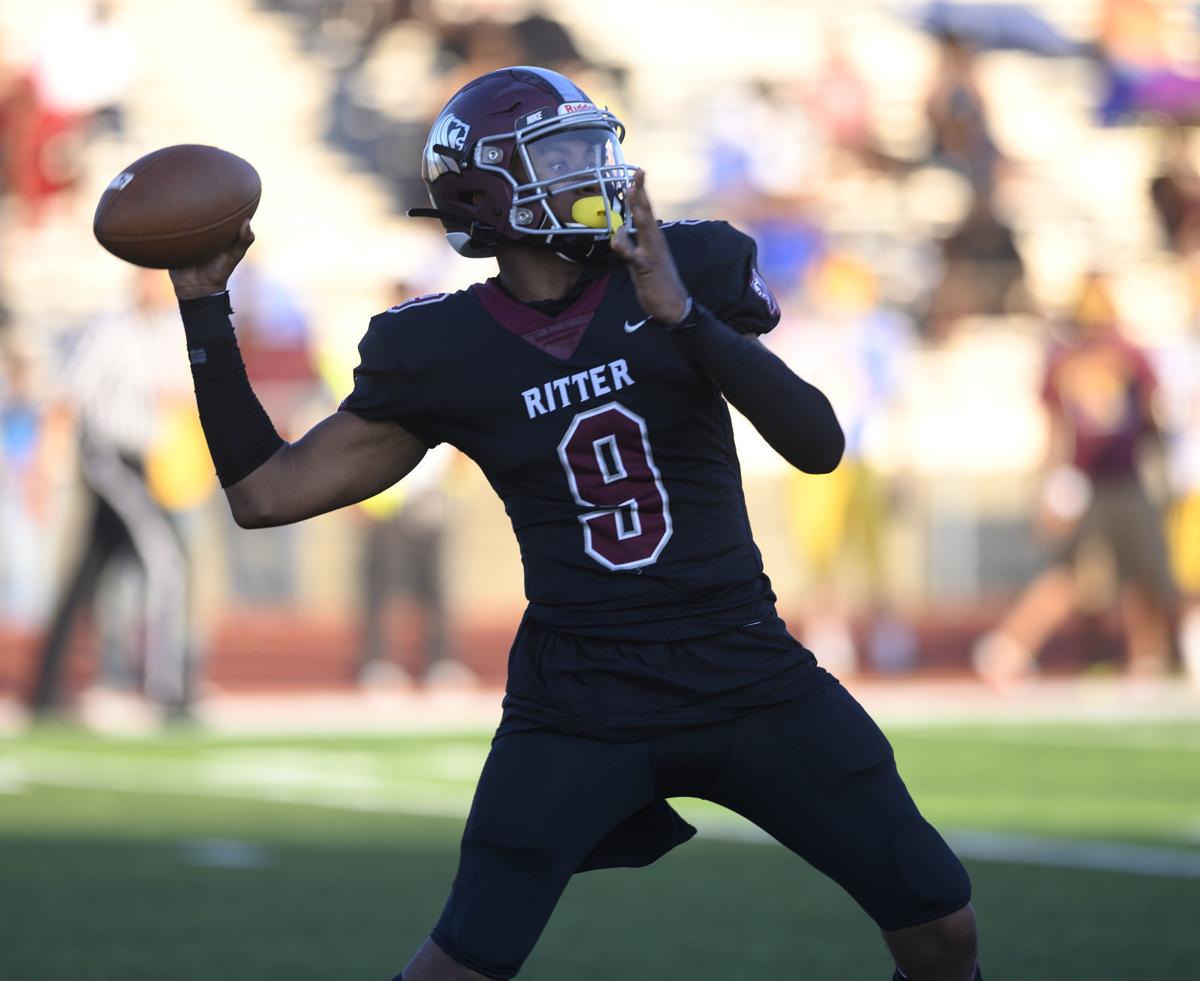 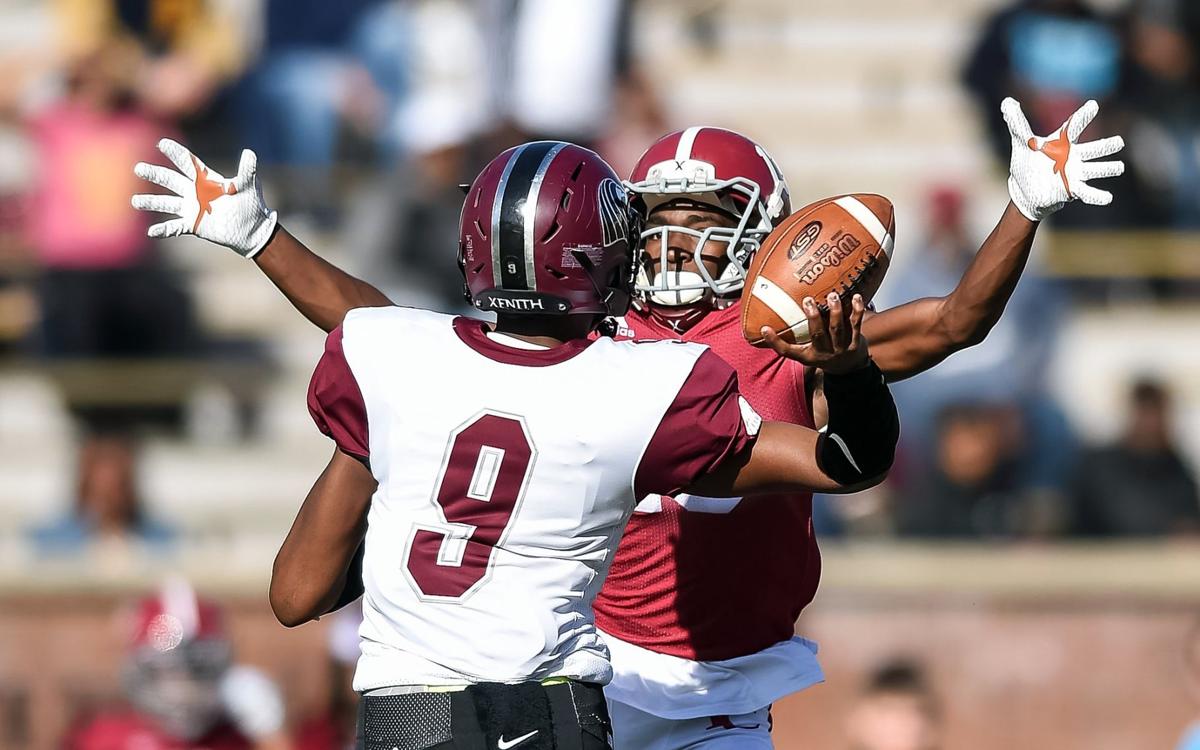 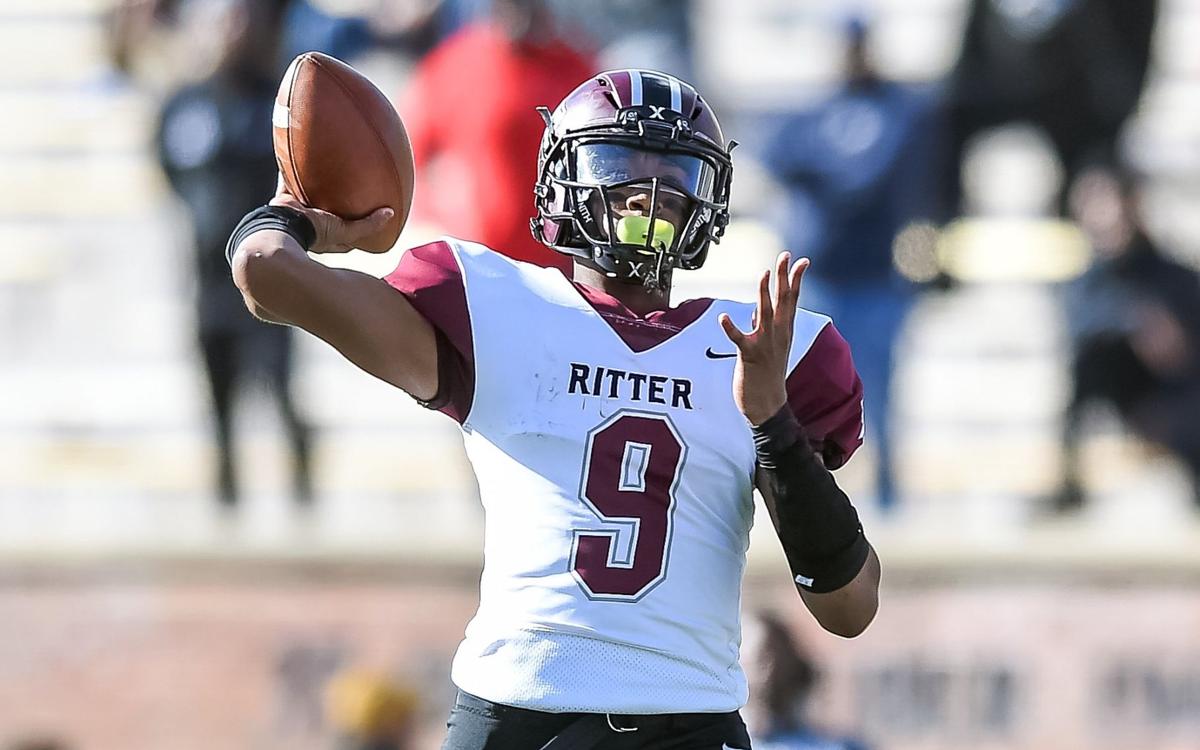 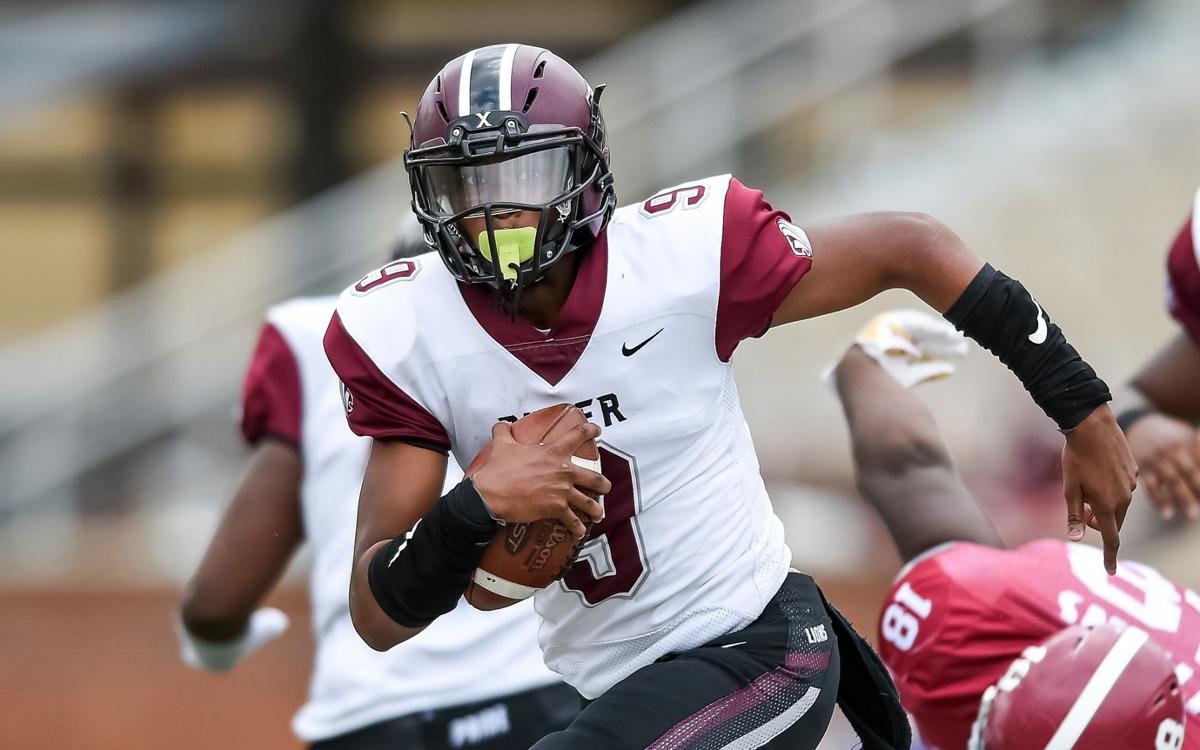 Time is supposed to heal all wounds.

Mekhi Hagens doesn't want to heal. He wants to feel the pain, all 48 minutes of it.

A senior quarterback at Cardinal Ritter, Hagens has taken it upon himself to routinely rewatch last season's Class 3 state championship game. After marching through its first 14 opponents, Ritter ran into rival Trinity and lost 45-19.

Hagens, 18, was the area's top passer last season as he threw for 4,511 yards and 54 touchdowns against just five interceptions. In the championship, Hagens was solid as he completed 16 of 27 passes for 237 yards and two touchdowns. But it wasn't enough and Hagens wants to make sure his wounds remain plenty painful.

“I watch that game a lot and I wish I could change it,” Hagens said. “It's just motivation for me. I use it to keep pushing so when I come out here (to practice) it reminds me I don't want to feel that way ever again.”

Hagens is No. 16 on the Post-Dispatch's Super 30 countdown of the top high school senior football prospects. This will be his fourth season as the starting varsity quarterback. He was the field general for his freshman and sophomore seasons at Hazelwood East before transferring to Ritter prior to his junior season. Last season was his first with a new team, but he didn't miss a beat. With top-tier weapons like senior receivers Jameson Williams (Ohio State) and Cameron Coleman (Western Michigan), he had guys who could break a game open with one touch. The emergence of then freshman receiver Luther Burden as one of the top players at his position in the state was big, too.

Burden is back for his sophomore campaign, but the rest of receivers are stepping into bigger roles. Hagens doesn't believe the Lions will miss a beat.

“It's not going to be a hard transition,” Hagens said. “We've got other great kids.”

And they still have Hagens, who is now 6-foot-3 and 195 pounds. He's gone from a skinny underclassman to a rock-solid senior with a canon of a right arm.

Hagens also brings a mature mind to the huddle. He's won at least one postseason game every year of his career. His experience is hard to find, and the Lions are going to maximize it.

“He's going to go the line, check and audible to get us out of stuff where we weren't able to do that in years before,” Ritter coach Brandon Gregory said. “With him being around to help a still growing Luther (Burden) and the new guys that have to step up, he's the one that helps put them in place.”

Hagens is counting on his senior season to catapult his recruiting stock. He has several NCAA Division I offers that include Missouri, Indiana, Purdue, Kansas, Bowling Green, Florida Atlantic, Southern Miss, Syracuse, Toledo and Western Michigan. Nice choices in all, but he still thinks there are more programs that could use a guy like him.

“I'm waiting to see how the season plays out,” he said. “Everybody's recruiting is different.”

Hagens knows that first hand after watching his older brother, Kahlid, go through it when he was a senior at Maplewood-Richmond Heights in 2012-13. Kahlid was a quarterback for an excellent Blue Devils team and became a safety at Tennessee-Martin. He's been a good sounding board for his younger brother.

“I leaned on him a lot. I asked him questions,” Mekhi Hagens said. “What to look for in a coach and how to find the perfect system for me.”

Hagens feels he can be successful in any offense from a pro-style to a spread. He's proven to be a good pocket passer. He threw for 1,266 yards and 18 touchdowns as a freshman then followed that up with 1,875 yards and 17 more touchdowns. He's now interested in showing what he can do with his legs. Hagens rushed for 122 yards and two touchdowns as a junior, both career highs.

Hagens' talent is obvious. His leadership has been more by example in the past. His ability to keep his team on the same page in the huddle will be crucial this season.

Ritter has two brutal games to open the season as it starts the year in Chicago at Nazareth Academy, the defending Class 7A champions. That's followed by a showcase matchup with Lutheran North at the Gateway Scholars Classic at East St. Louis. If the Lions are going to win, Hagens will be prominently involved.

“What's going to help him is he understands the offense. We're losing some guys but our plays dictate some of that, too,” Gregory said. “Maybe one of those guys can step up and do something Luther did (last year).”

No matter what happens, Hagens will have done everything he could to prepare himself for his final season of high school football. Since his junior season ended in defeat last December, he's been working to be ready. The time has come to show what he's learned.

“I just tell my guys every day we don't want to feel that feeling again,” Hagens said. “When we get back to the state championship, we're going to be on the other side.”