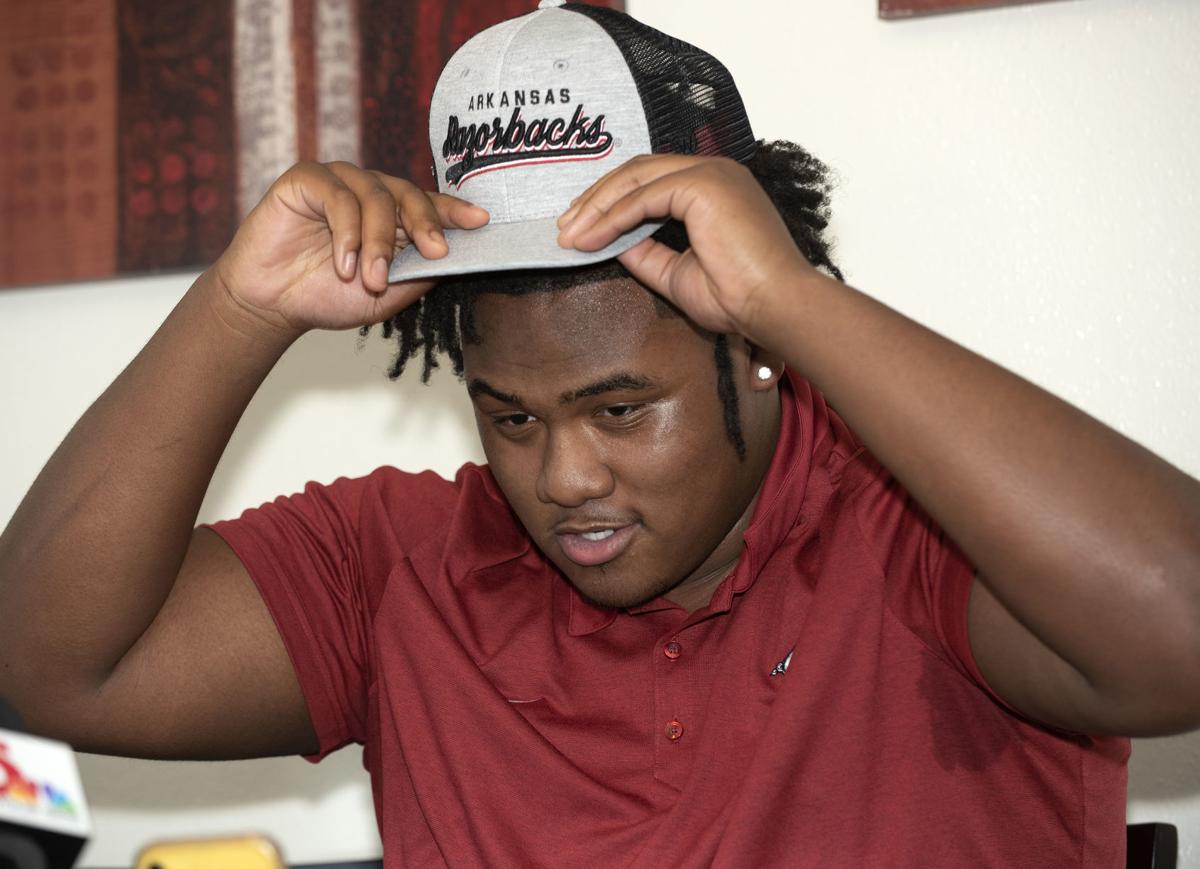 READ MORE: St. John has signing day spotlight to himself 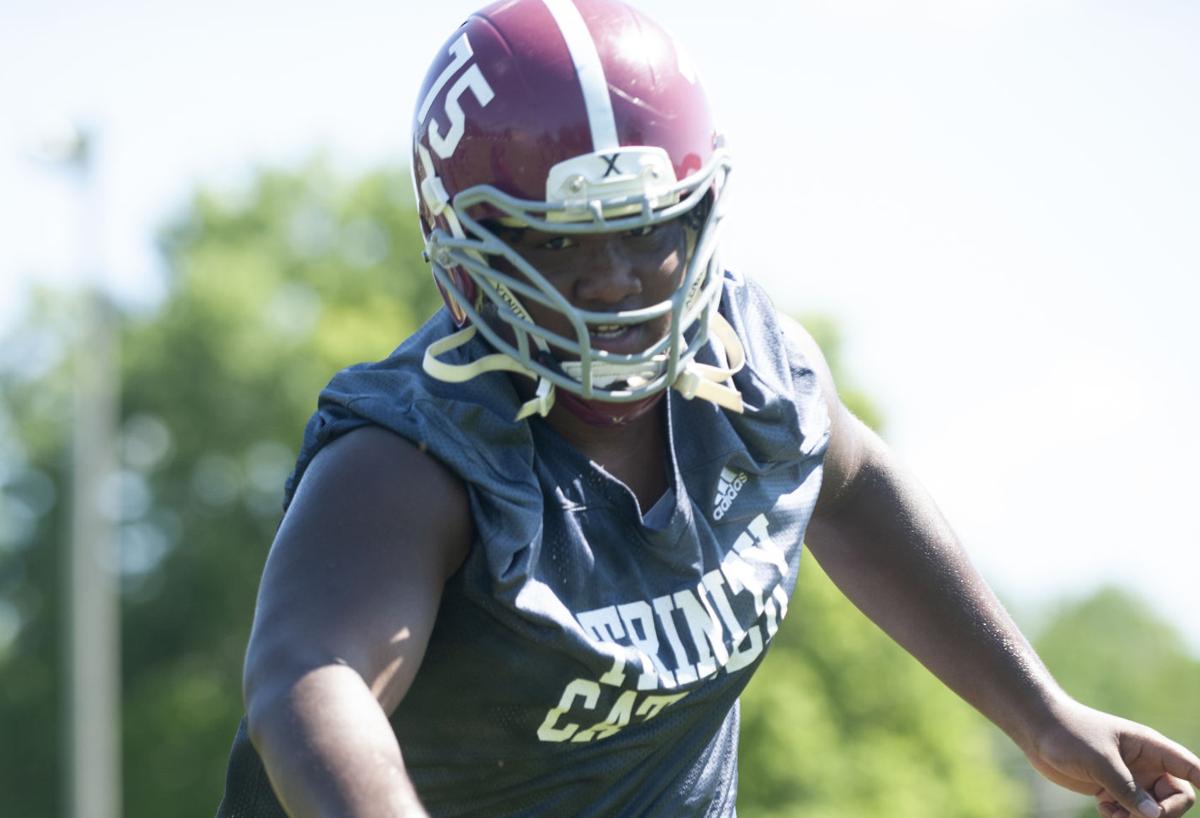 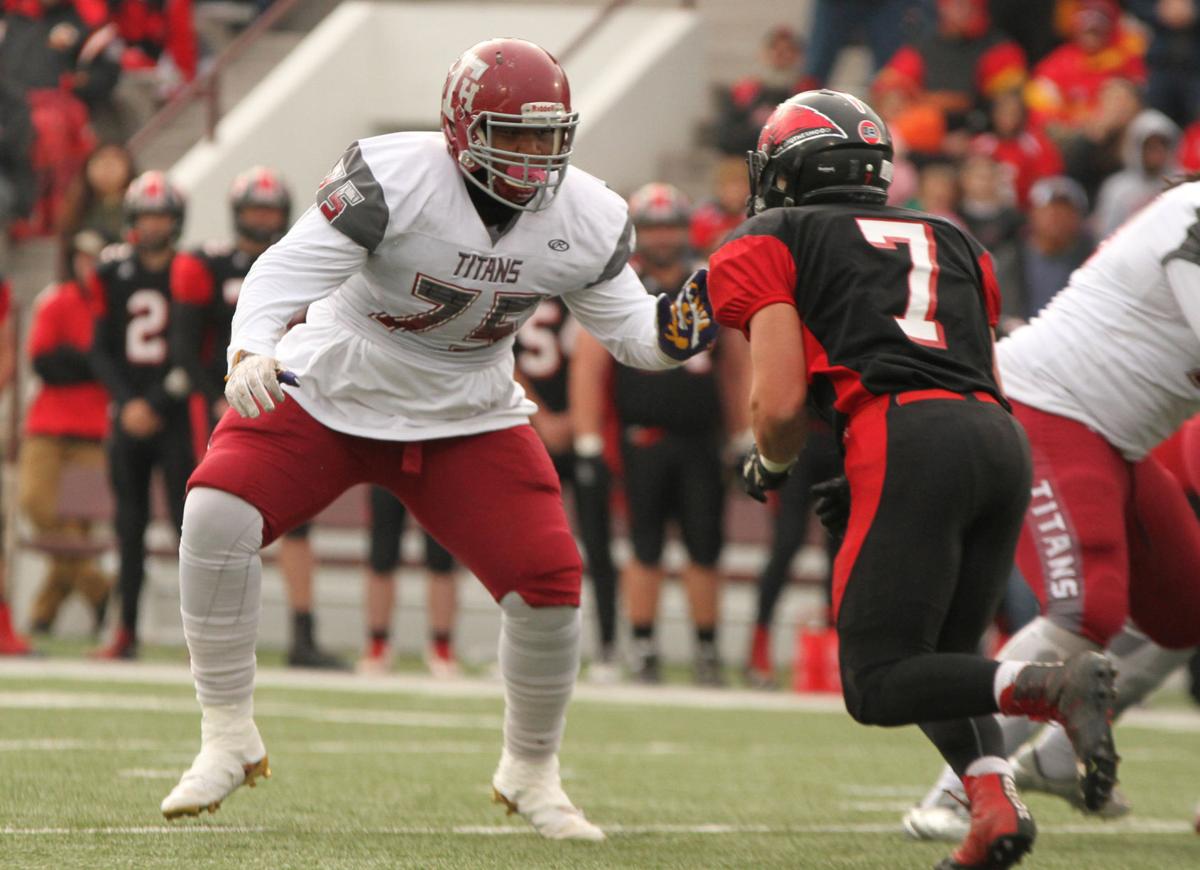 It wasn't all it was cracked up to be.

“At first I was enjoying it,” he said. “Then it was overwhelming.”

A senior offensive lineman for the Trinity football team, St. John went from one extreme to the other. Early on in his career as the offers rained down on his teammates, he was left feeling a certain kind of way. He was on the field and in the weight room with them. So why wasn't he catching as many eyes?

“He was in a dark space, he didn't have a lot of offers at the time,” Trinity coach Terrence Curry said.

The 6-foot-5 and 320-pound St. John is No. 12 on the Post-Dispatch Super 30 countdown of the top high school senior prospects in the area.

As his profile increased, so did the phone calls, texts and messages. It was a lot to juggle. He also dealt with the perception that he was signed, sealed and delivered to Illinois because of the bonds he shares with former Trinity coach Cory Patterson, who's now on the Illini staff, and his teammates who felt it was the best place for them.

“A lot of people thought I was supposed to be going to Illinois but I had to do what I had to do and go where I was comfortable at,” St. John said. “I just ended the recruiting.”

St John, 17, verbally committed to Missouri in July. He is one of seven area seniors to pledge to the Tigers and he couldn't be more excited about joining them next year in Columbia.

“We've got a great group of guys. We've got some talent,” St. John said. “We're going to be straight.”

There was a time St. John was hoping to keep his choice quiet and make his announcement on senior night. It sounded good in his head but the more phone calls he took and the more coaches he talked with, the more he realized he wanted to focus on playing.

“I just ended the recruiting,” St. John said. “I felt I knew where I wanted to go. That's where home is so why not end it?”

St. John said he's done with recruiting but recruiters are not done with him. Since he announced his commitment to Mizzou he has continued to hear from several of the Tigers' Southeastern Conference rivals. It didn't hurt St. John's stock that Rivals made him a four-star recruit and ranked him the No. 10 offensive guard in the nation and the No. 5 prospect in Missouri in the class of 2020.

As frustrating as that may be, Curry said St. John hasn't let it get to him. This offseason has brought out the best in the big man. The burden of finding a home at the next level has lifted so St. John can just go play the game he loves.

“His play now, he's having fun with the game. He's becoming a dominant player like he should with the capabilities he has,” Curry said. “He brings a lot to the table, that positive energy and that leadership.”

Trinity worked for years to win that championship. It's not giving it up easily.

“That's all we talk about is back to back,” he said. “That's all I think about.”

To achieve its goal of defending its title, Trinity will have to do so with a new quarterback. After starting every game for four years, Isaiah Williams signed with Illinois in the winter. This year, junior Xavier Cunningham and freshman Christian Cotton are expected to step in. The offensive line plans on making their adjustment to the varsity a smooth one.

READ MORE: St. John has signing day spotlight to himself