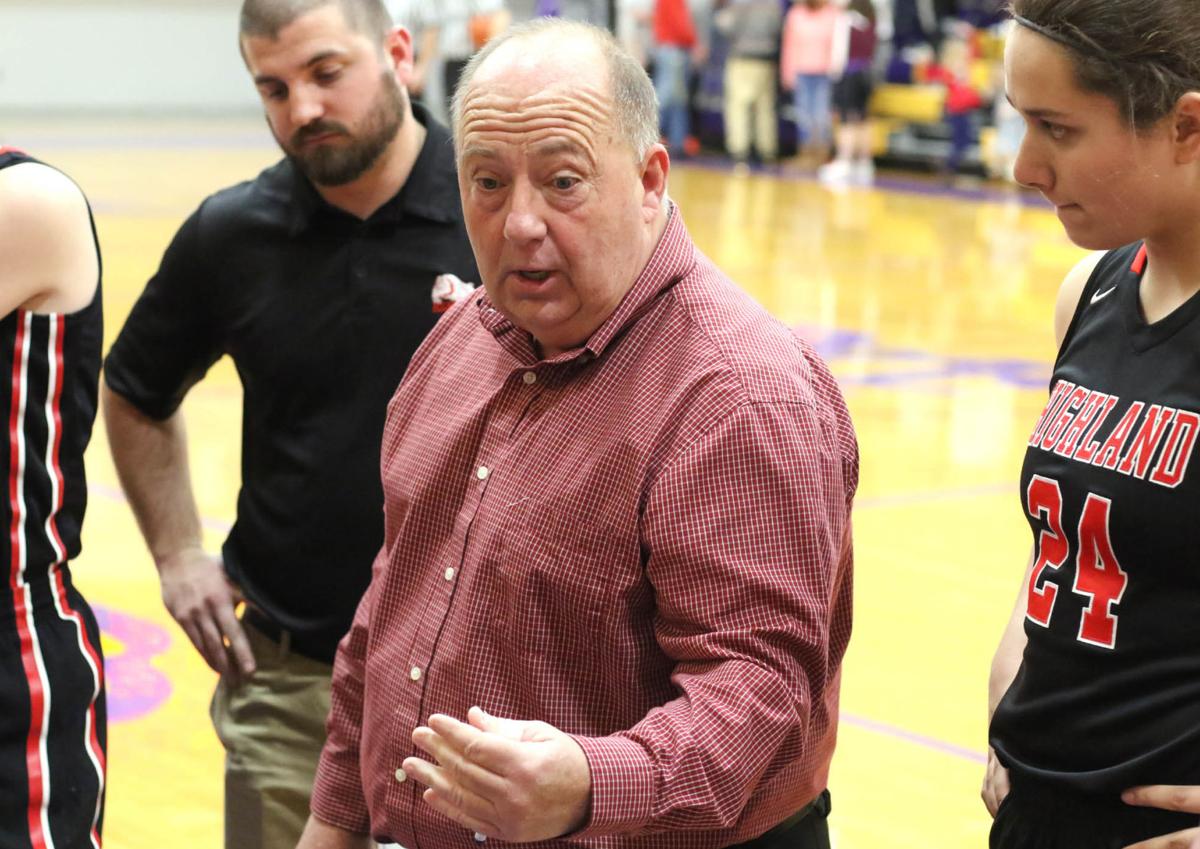 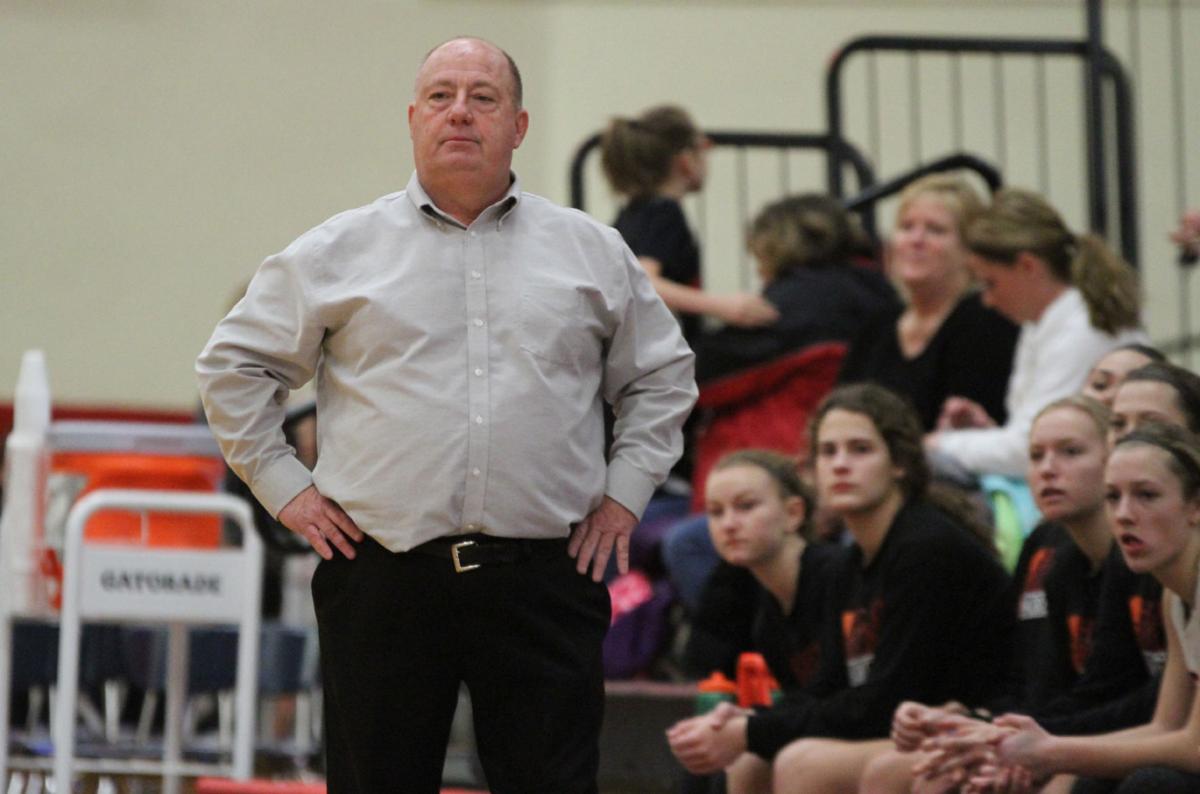 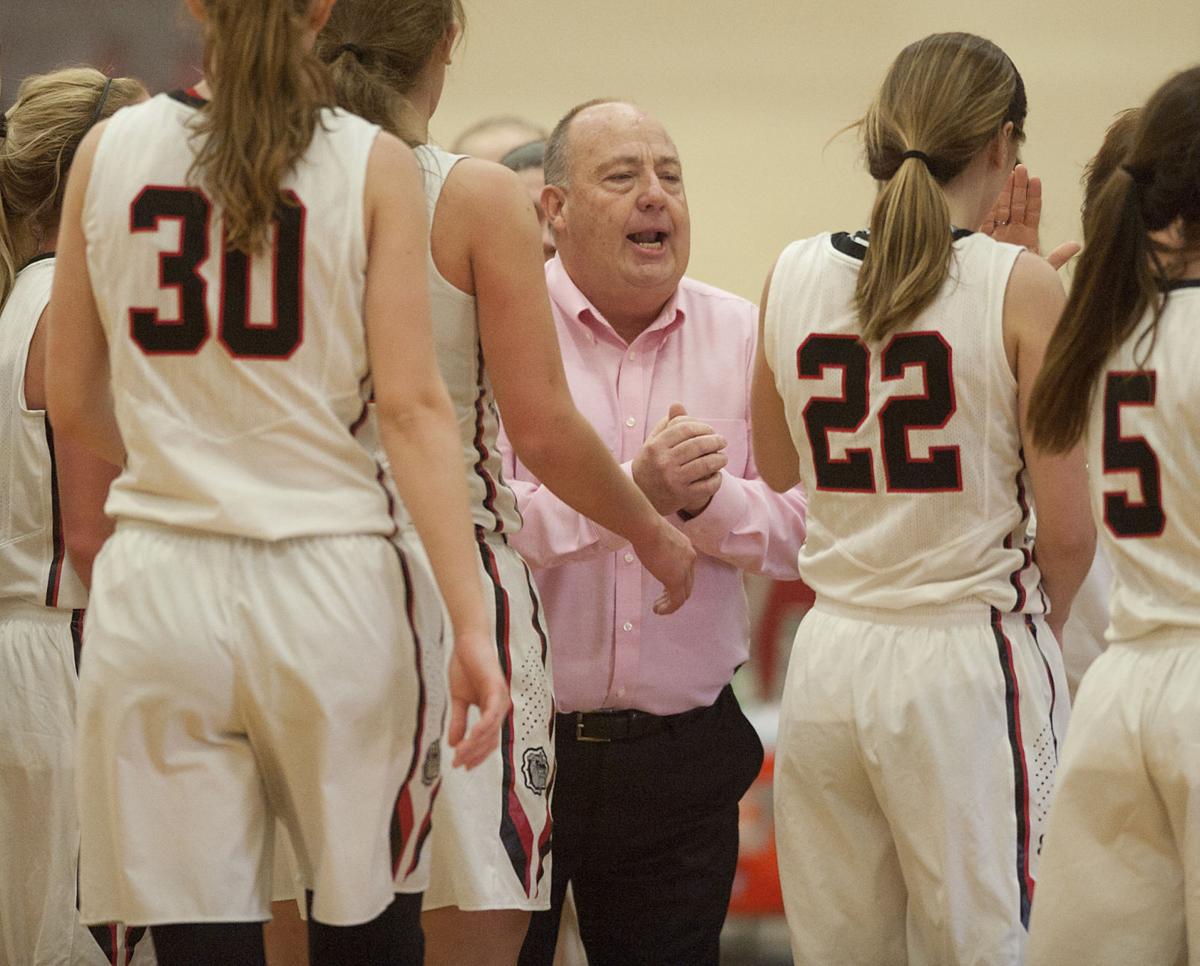 BETHALTO — Mike Arbuthnot joked that the color purple might tend to make him appear a little overweight.

Yet he could care less.

Arbuthnot, one of the top girls basketball coaches in the area, has been selected to take over the tradition-rich program at Civic Memorial High.

The hiring was approved at a school board meeting last week.

Now, he will patrol the sidelines in the Eagles’ colors of purple and gold, facing off against two of the former Mississippi Valley Conference schools he coached against over the past four seasons.

“I don’t have any purple yet,” Arbuthnot said. “But I’m pretty sure I’ll be getting some.”

The change in schools is laced with irony.

During his five seasons at Highland, his teams won 127 games. The Bulldogs and Eagles battled 19 times in that stretch, including several nail-biting thrillers that are still talked about around MVC circles. The teams dominated the conference with a combined 85-15 record.

Arbuthnot was asked to apply for the Civic Memorial position, which became vacant when long-time coach Jonathan Denney resigned in late December after 13-plus seasons and a 300-120 record.

“I never saw this coming,” Arbuthnot said. “I wasn’t pursuing anything. I thought about it and realized there were so many pluses in being a part of this program.”

Civic Memorial athletics director Todd Hannaford received plenty of top-notch applicants for the position. He felt that Arbuthnot’s resume stood out from the rest of the field.

“This is a definite win for us,” Hannaford said. “He’s the type that can come in and continue an already strong tradition. We’re excited about it.”

The 58-year-old Arbuthnot has compiled a 355-257 record in 22 years as a girls basketball coach, including a stint at Roxana High. He guided Highland to a third-place finish in the 2016 Class 3A state tournament, its first final four appearance. That team won a school-record 31 games.

Arbuthnot also coached the softball and baseball teams at Roxana.

The Eagles will graduate their top two players, Anna Hall and Kourtland Tyus. But five players who were part of the regular rotation return, including 6-foot junior-to-be Claire Christeson, who averaged 4.2 points and 4.2 rebounds per game last season.

Arbuthnot has been in contact with his new players by phone.

“I’ll do my thing. Be Mike Arbuthnot,” he said. “Coaching just like I would if I were anywhere else. The styles we played at Highland and Triad, they’re pretty similar. The kids play hard. They dive after loose balls. I’m not going to change the defensive mentality that’s been developed here. On the offensive side of things, I’ll put my own twist into it.”

The Eagles, playing through the coaching change, fashioned a 29-6 record last season and won 15 of their final 19 games. They lost to Highland 48-34 in the Effingham Sectional final.

The move will serve as a homecoming of sorts for Arbuthnot, who lives in Rosewood Heights, just two minutes from the Civic Memorial campus.

Gone are the daily 75-minute round trips to Highland and 60-minute excursions to Troy, where Triad is located.

The Bombers’ new leader is Taylor Manuel, the 2012 Post-Dispatch All-Metro girls basketball player of the year who was an assistant coach last season at Incarnate Word, her alma mater.

New Collinsville girls basketball coach Colin Moore admits things are different than he expected since taking over the program in late April.