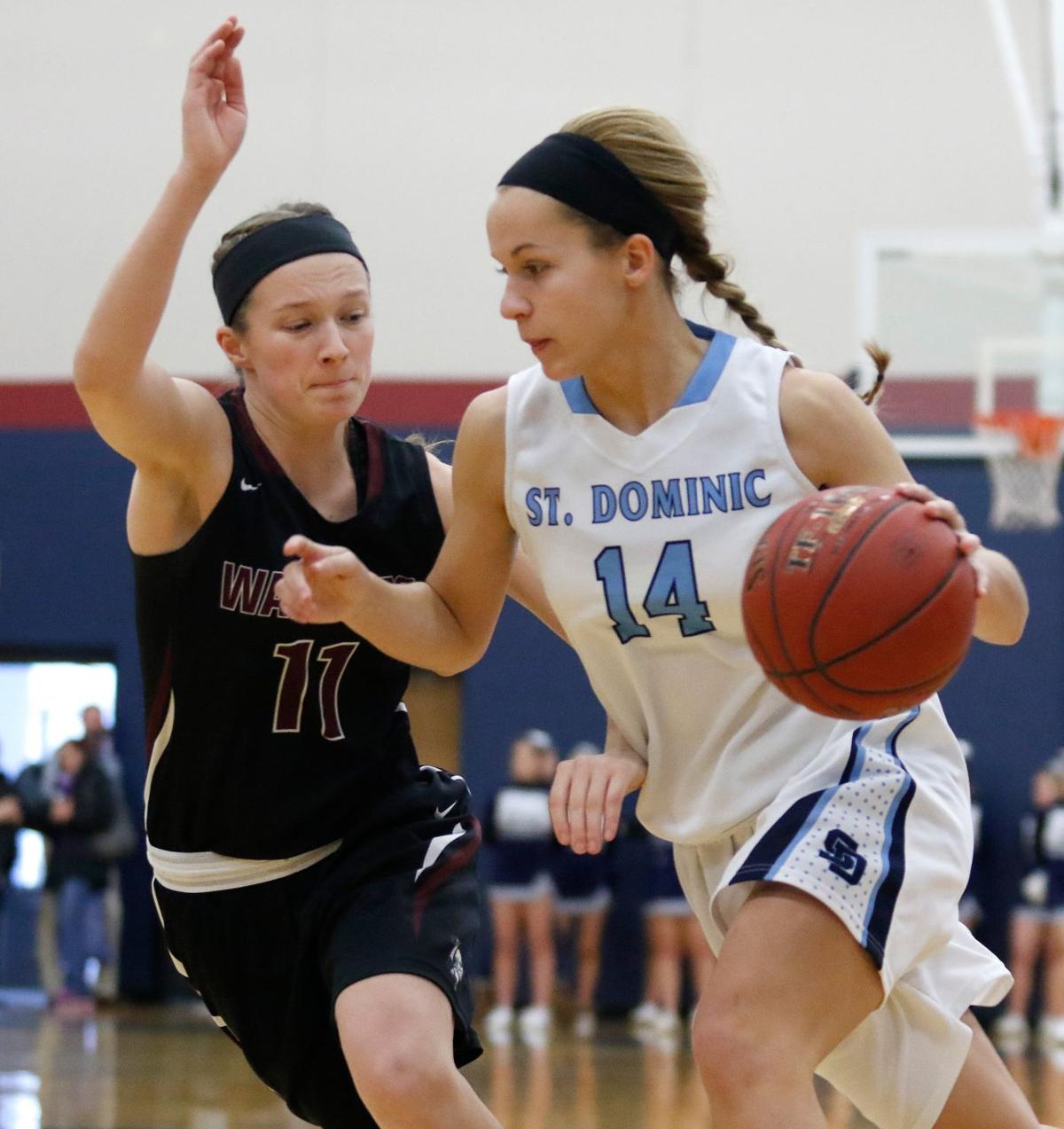 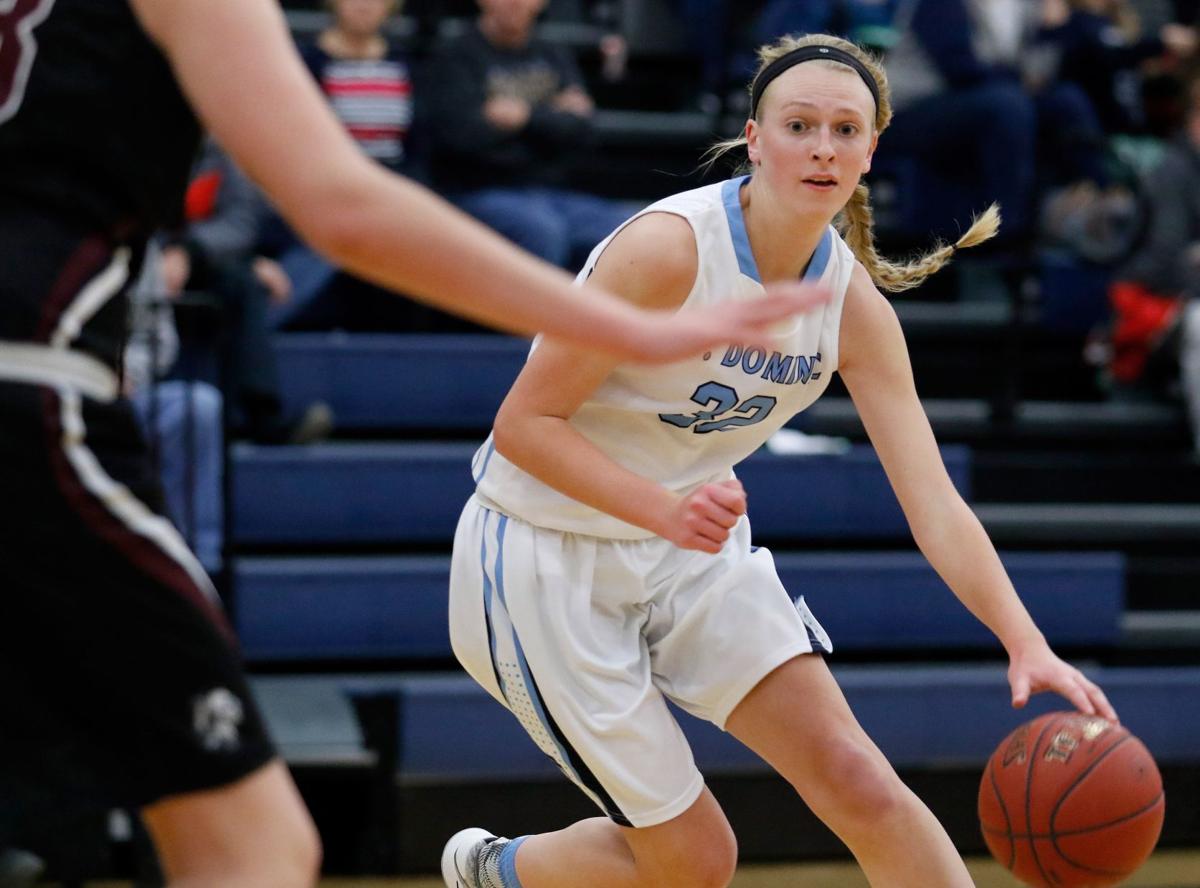 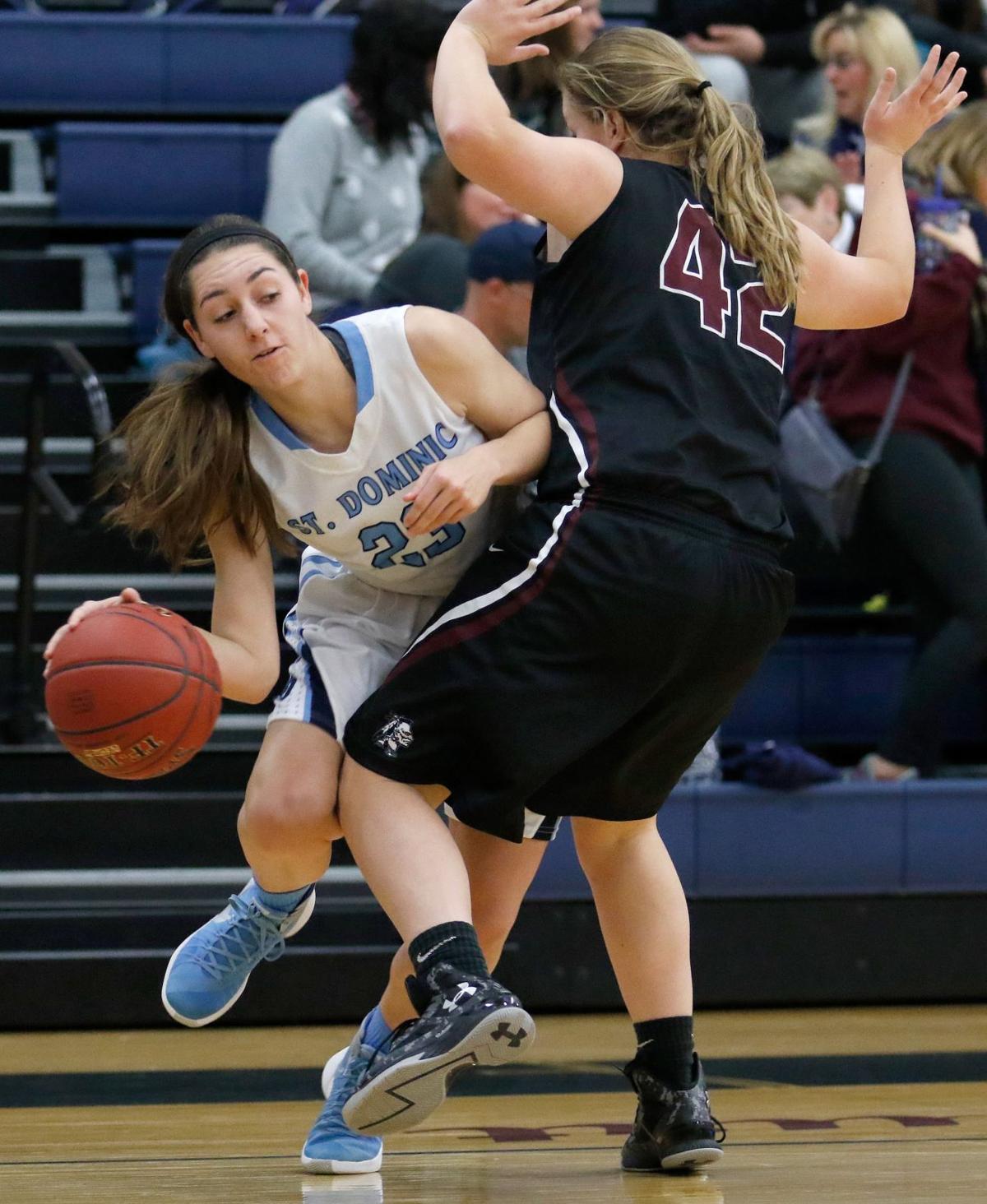 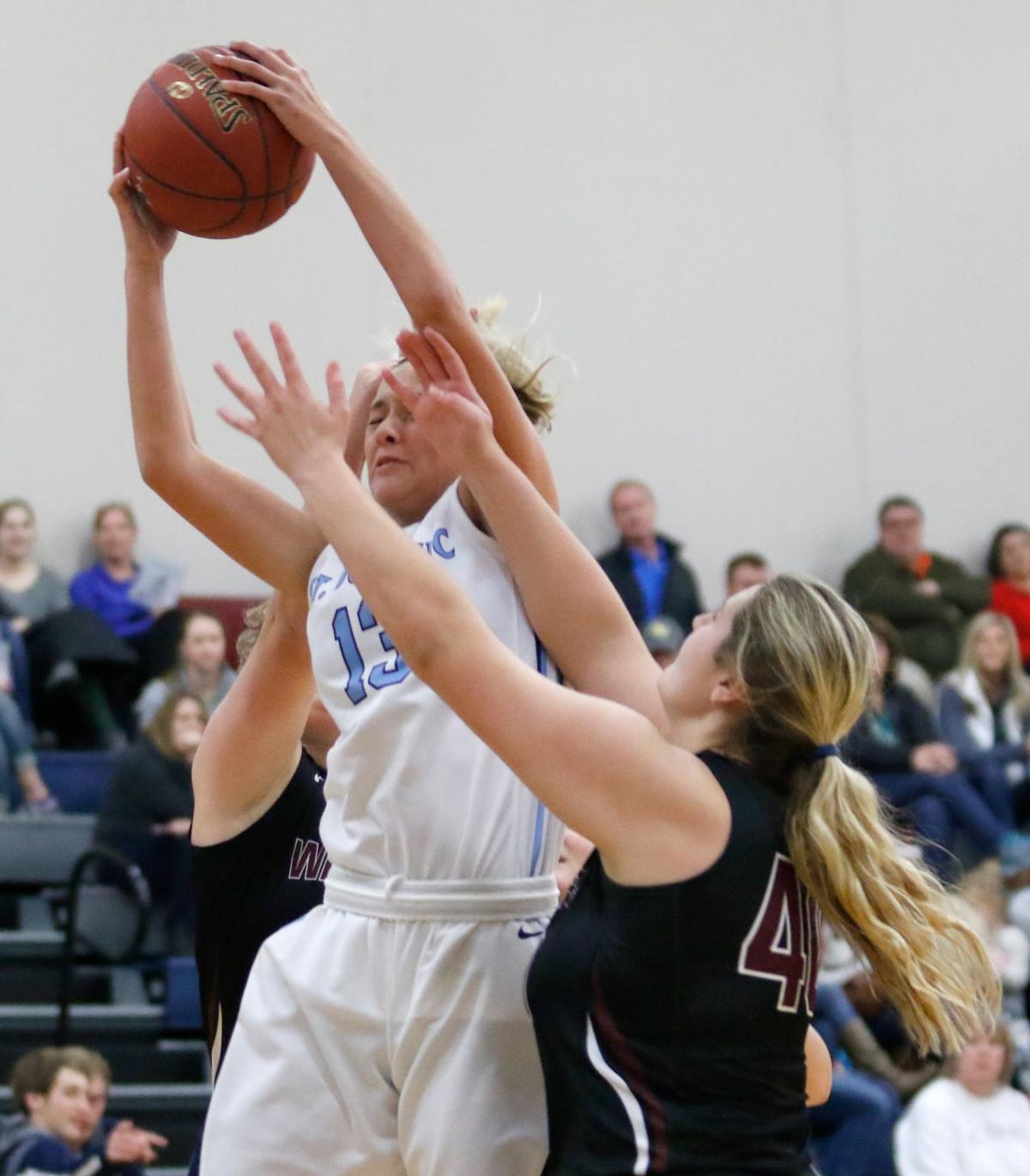 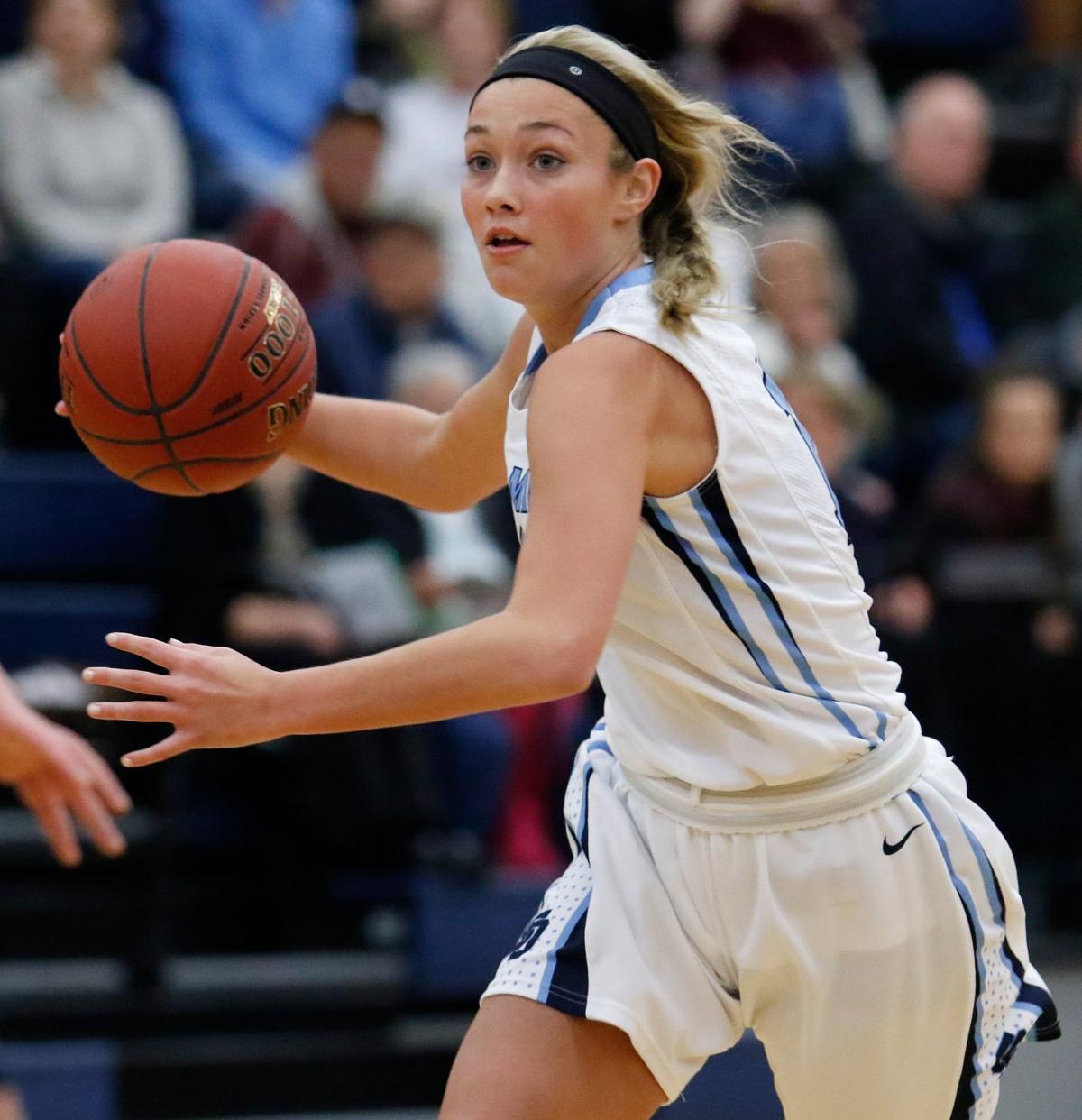 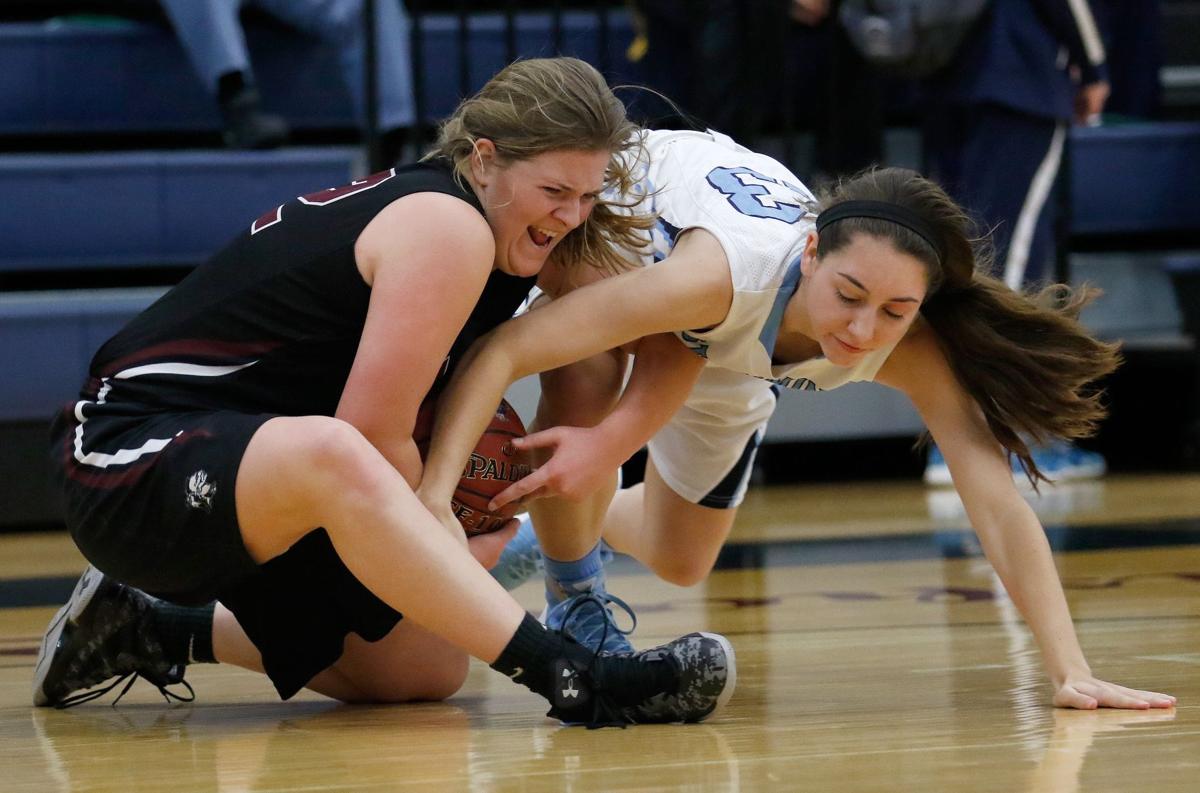 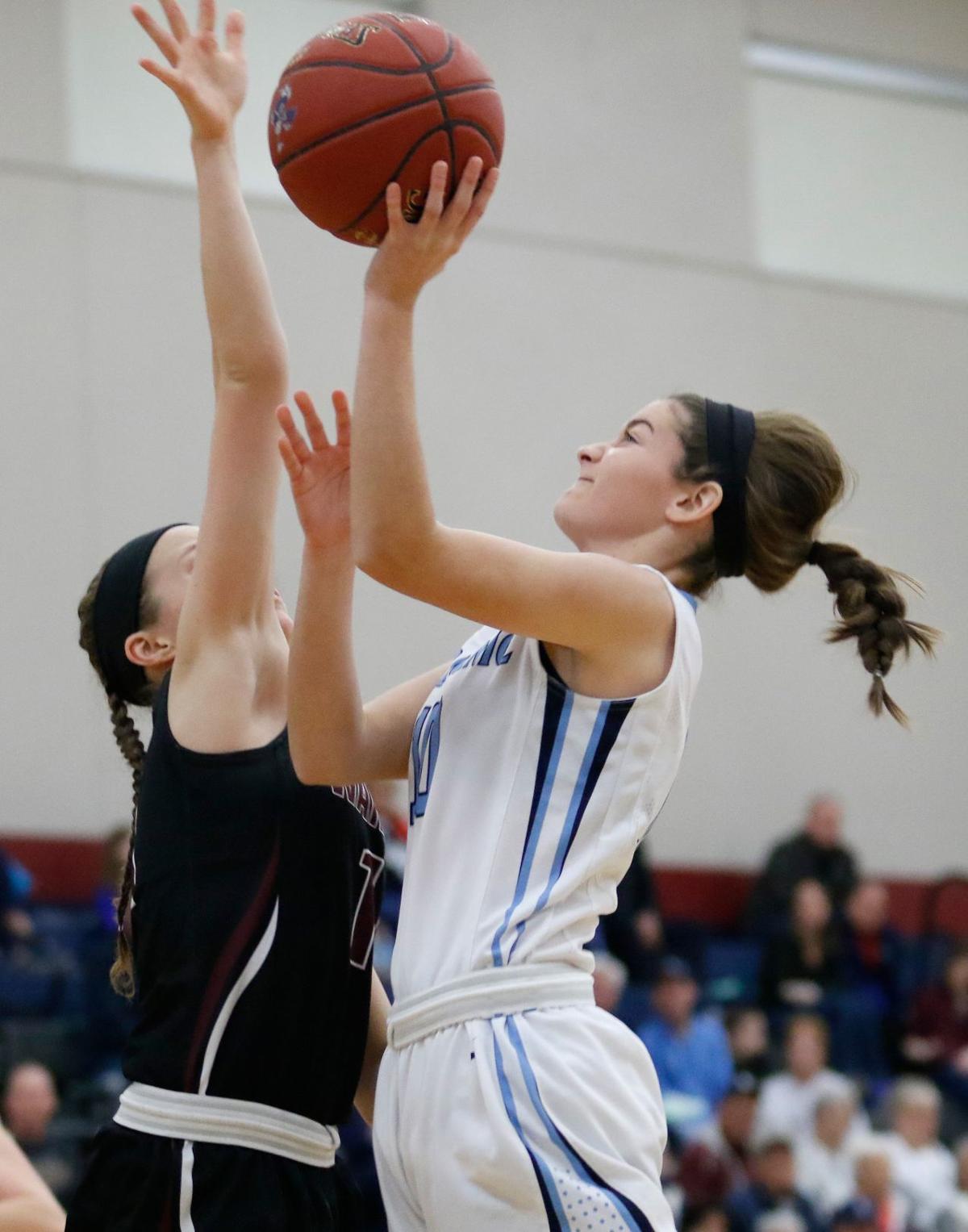 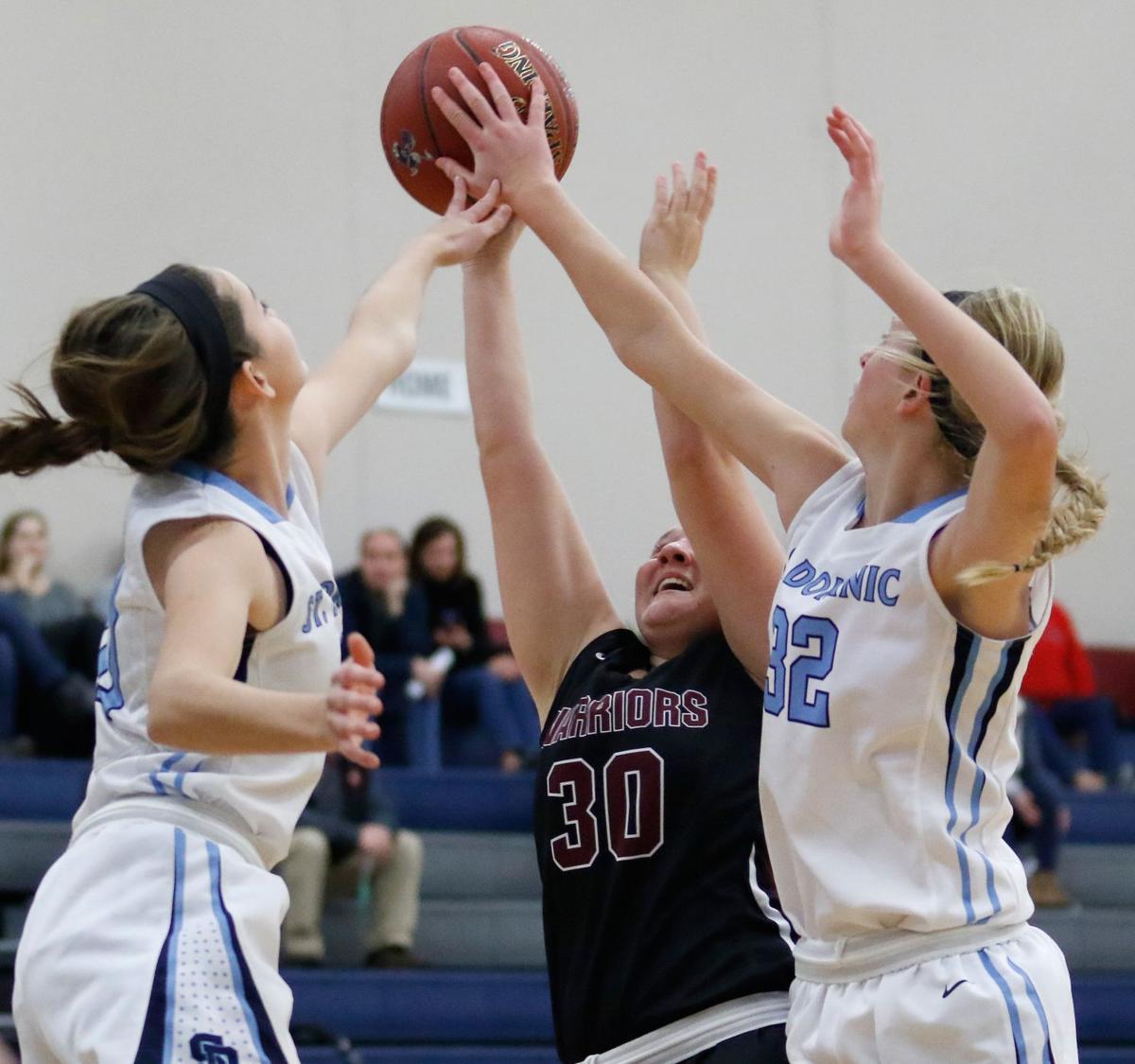 Now, as a basketball player, she goes by the full name of Madeline.

The Crusaders (7-1) won their sixth in a row and will face fifth-seeded Lutheran St. Charles (9-3) in a semifinal game at 3 p.m. on Wednesday.

Bauer, who is headed to Quincy University on a soccer scholarship, scored 11 points off the bench. Her two free throws with 6 minutes and 8 seconds left in the fourth quarter broke a 34-34 tie and sent the hosts on their way.

"We needed a lift and she gave it to us," St. Dominic coach Jeff Menke said. "She's just a good athlete, no matter the sport."

Bauer was a starter on the basketball team last season, but has come off the bench this year. She had totaled just 14 points this season prior to Tuesday's breakout performance.

"Soccer is still my sport," Bauer says. "But I like (basketball). I've been playing since I was a grade school. It's a good little break from being in a soccer environment all the time."

Bauer and Kasubke kept the Crusaders from losing to the eighth-seeded Warriors (3-4) in the opening round of the three-day, eight-team affair.

West came into the contest on a three-game winning streak and was not a typical low seed. But the Warriors were winless at the time of the seeding meeting.

"They were a lot better than we thought they were," said Kasubke, who led the way with 18 points. "I think we underestimated them."

West senior Emma Poindexter led the way with a game-high 20 points. Her marksmanship almost allowed the Warriors to pull off a monumental upset.

Poindexter and Camryn Mace drilled back-to-back triples to give West a 29-23 lead midway through the third quarter.

Menke called a time out and the Crusaders promptly went on a 9-3 run to tie the game 32-32. An old-fashioned 3-point play by Bauer and a long range triple from Kasubke highlighted the streak.

Poindexter put her team back in front 34-32 on a steal and layup with 6:39 left in the fourth quarter.

But St. Dominic scored nine of the next 10 points to pull away for good. A driving layup from Sam Zoellner, followed by four successive foul shots from Bauer, pumped the lead to 38-35. Kasubke then added a 3-pointer to stretch the lead to six.

West mounted one final comeback and got to within 43-40.

But the Crusaders then sealed the game at the foul line sinking seven free throws in the final 1:27.

"I think we proved that we're not an eighth seed," Angela Poindexter said. "We're not the worst team in the tournament and I think we showed that."

Mikah Bange and Emma Siemen added big points down the stretch for the winners, who were simply happy to survive.

"Our defense forced a lot of turnovers in the second half, that was the difference," Menke said. "It wasn't perfect, but we got it done. That's how we're looking at it."