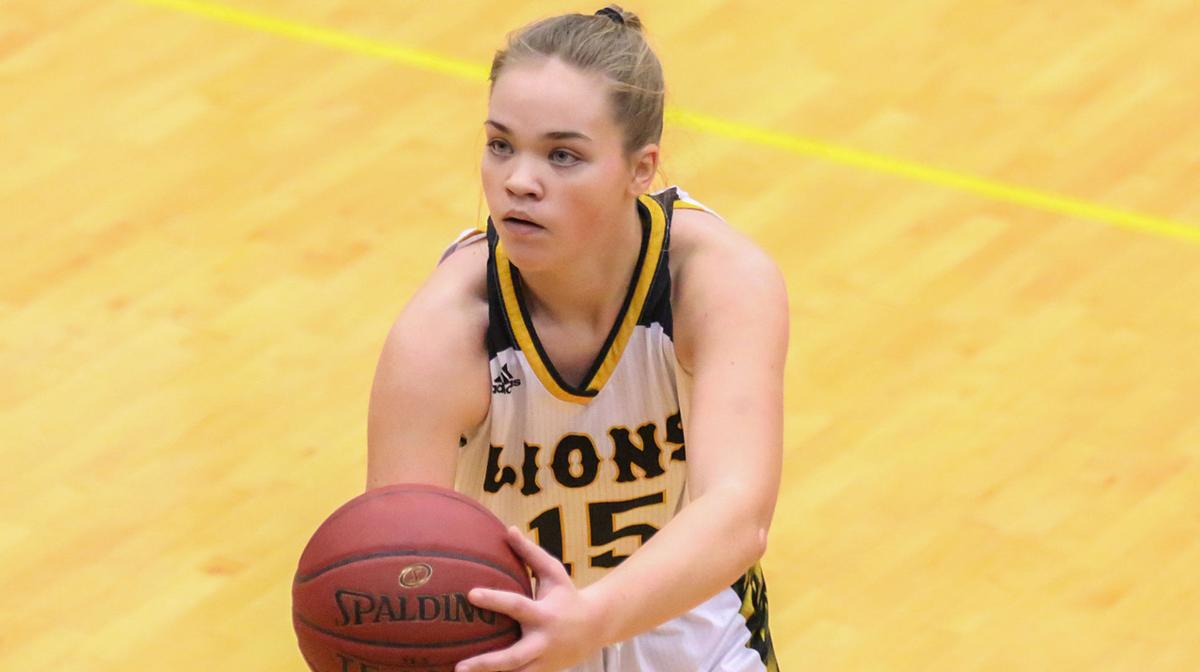 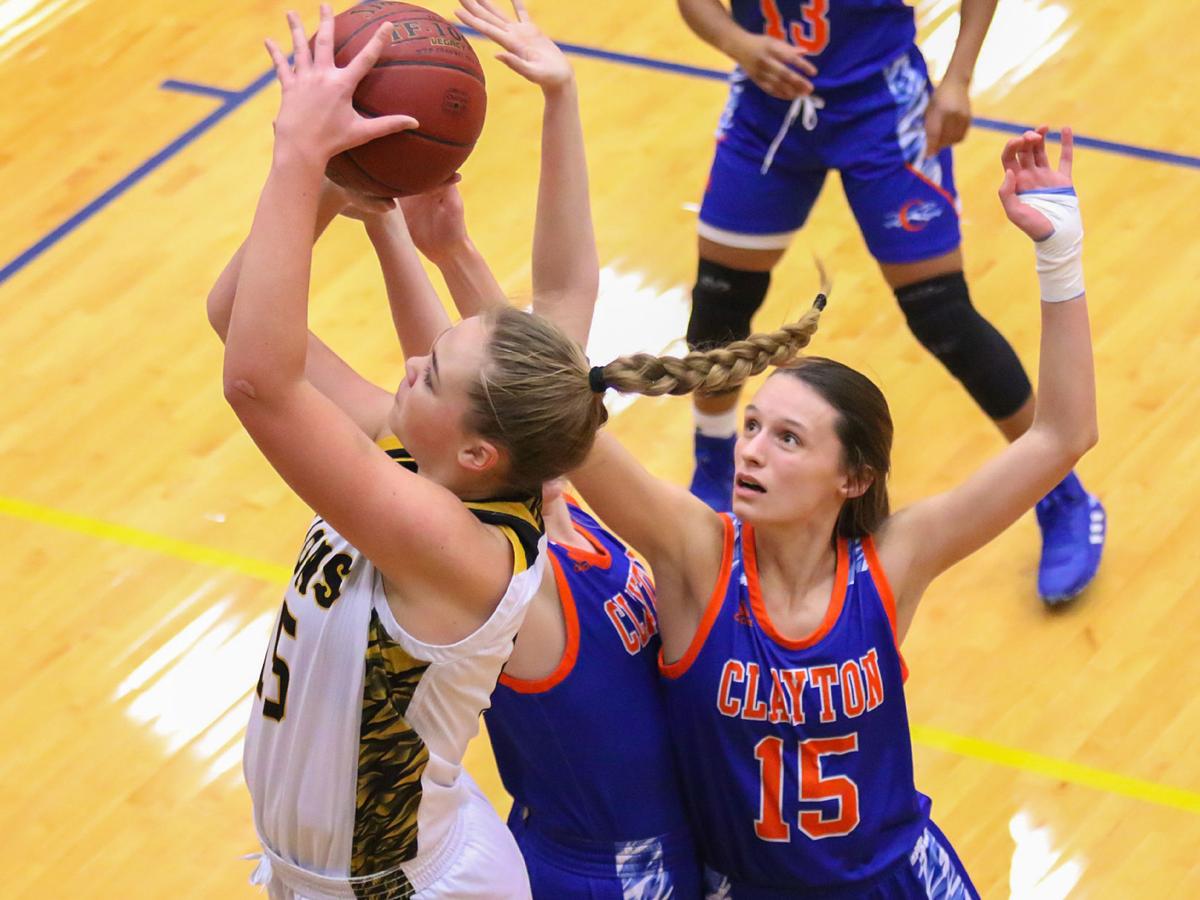 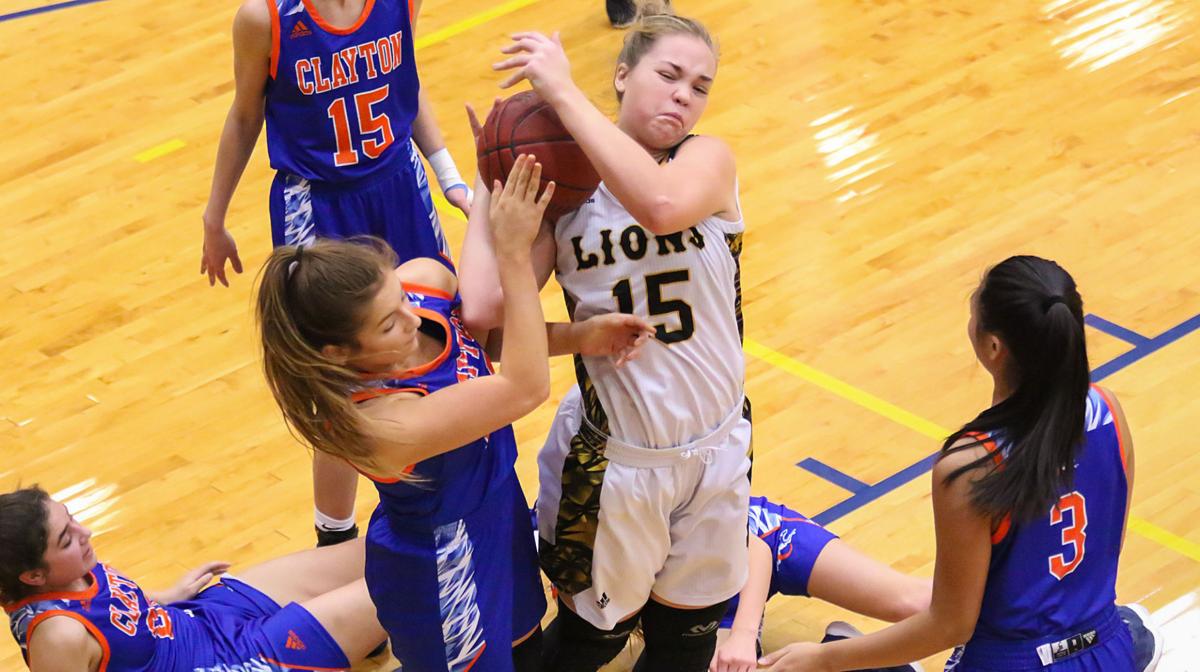 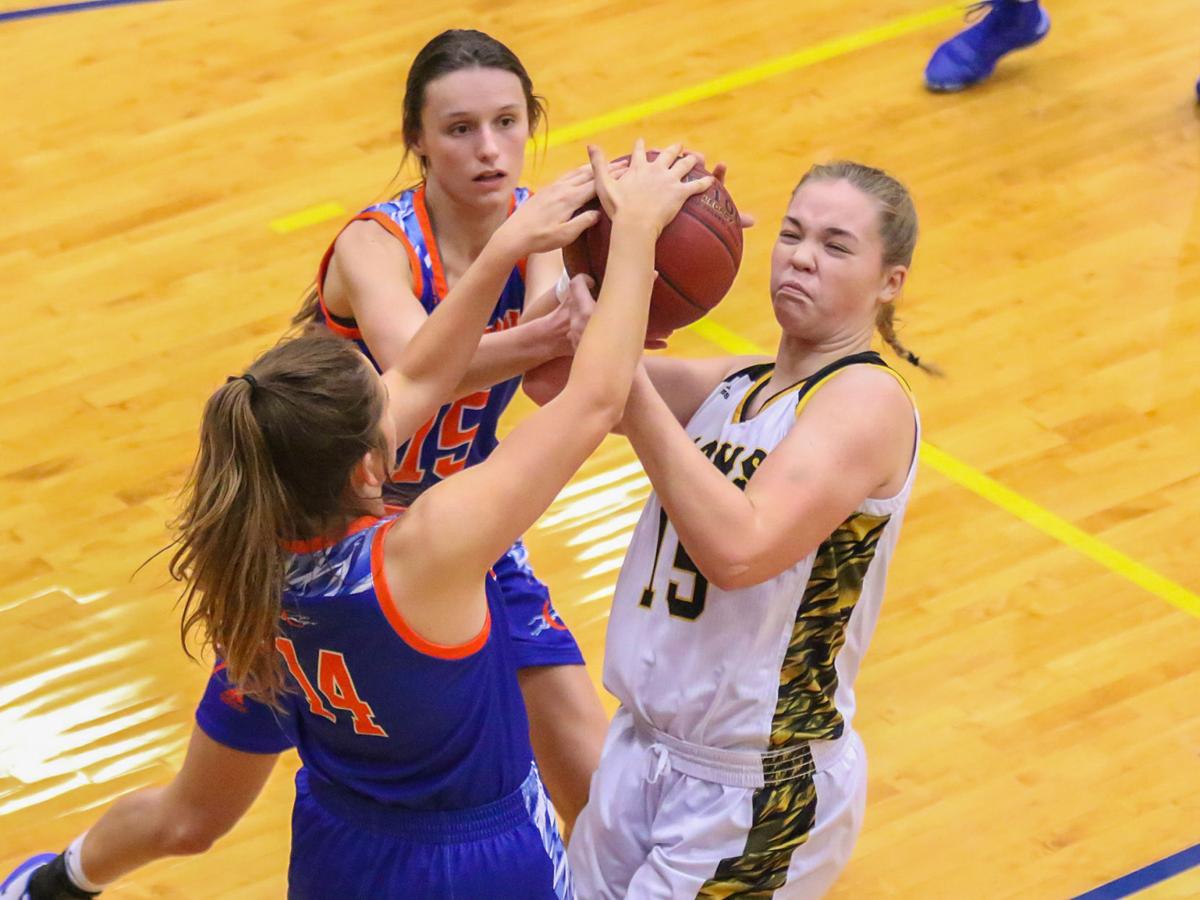 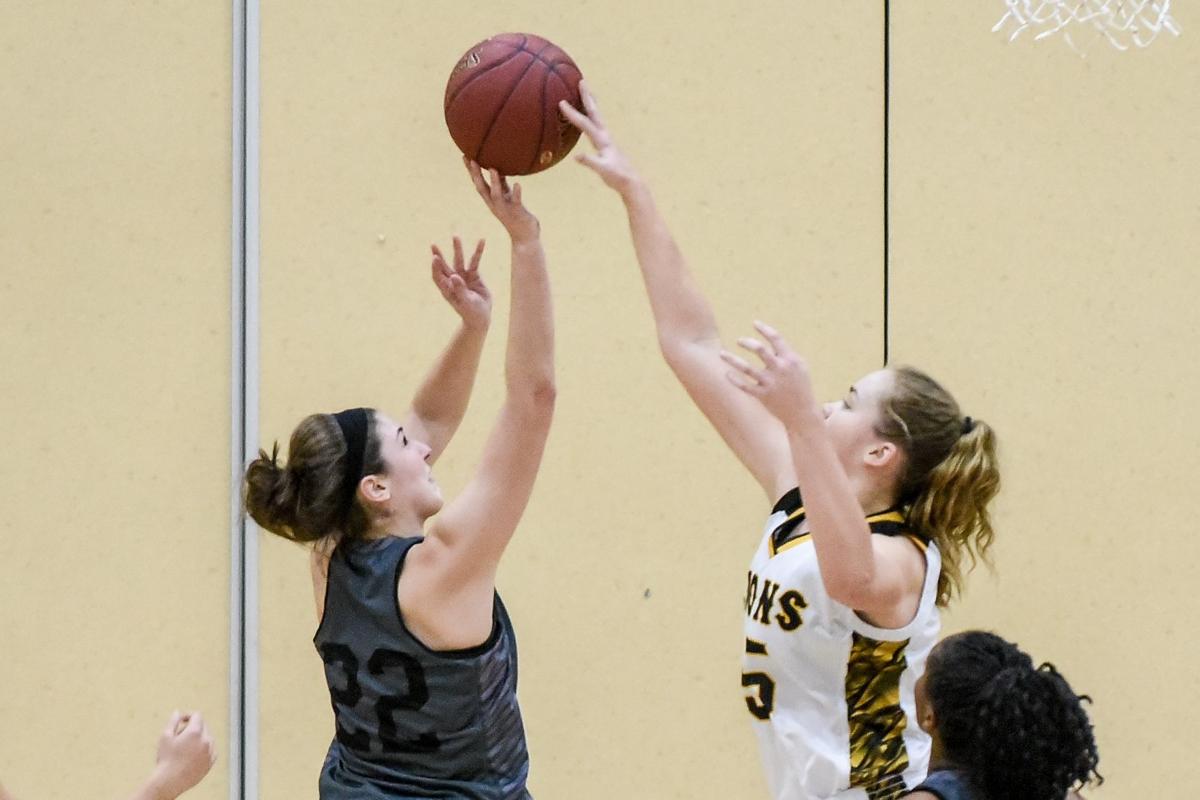 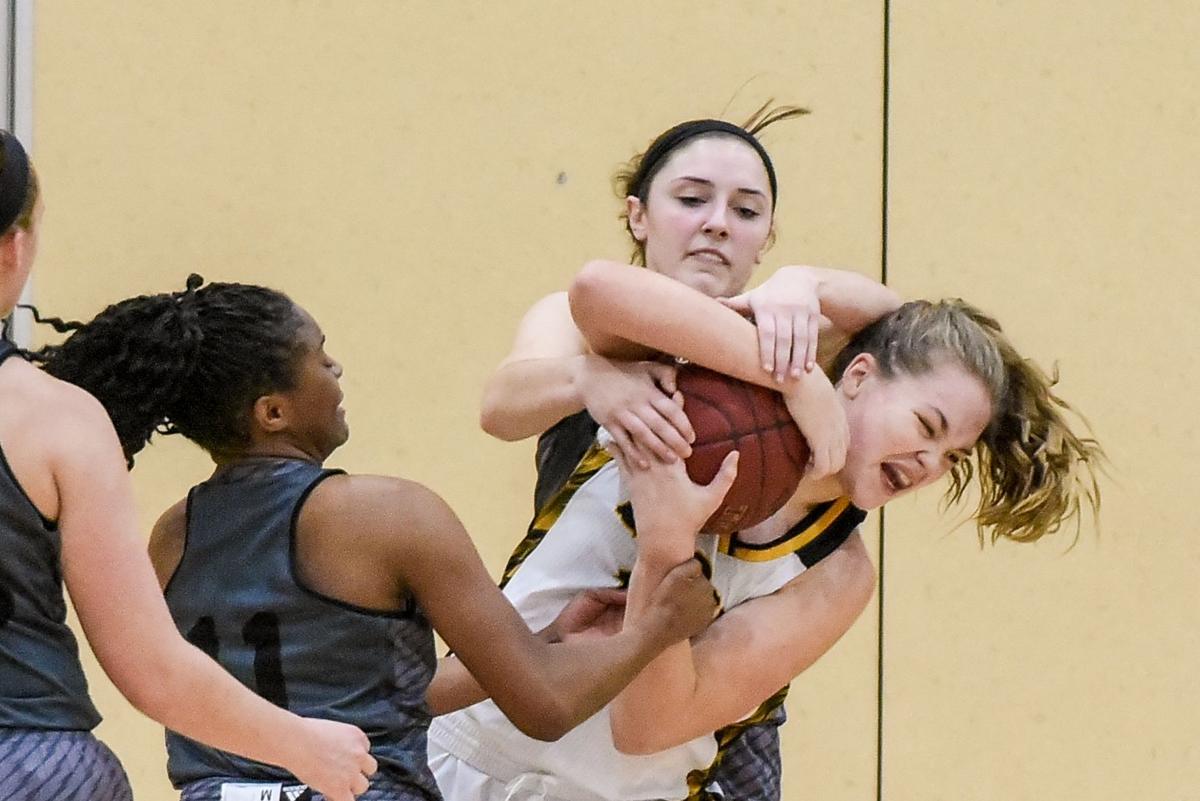 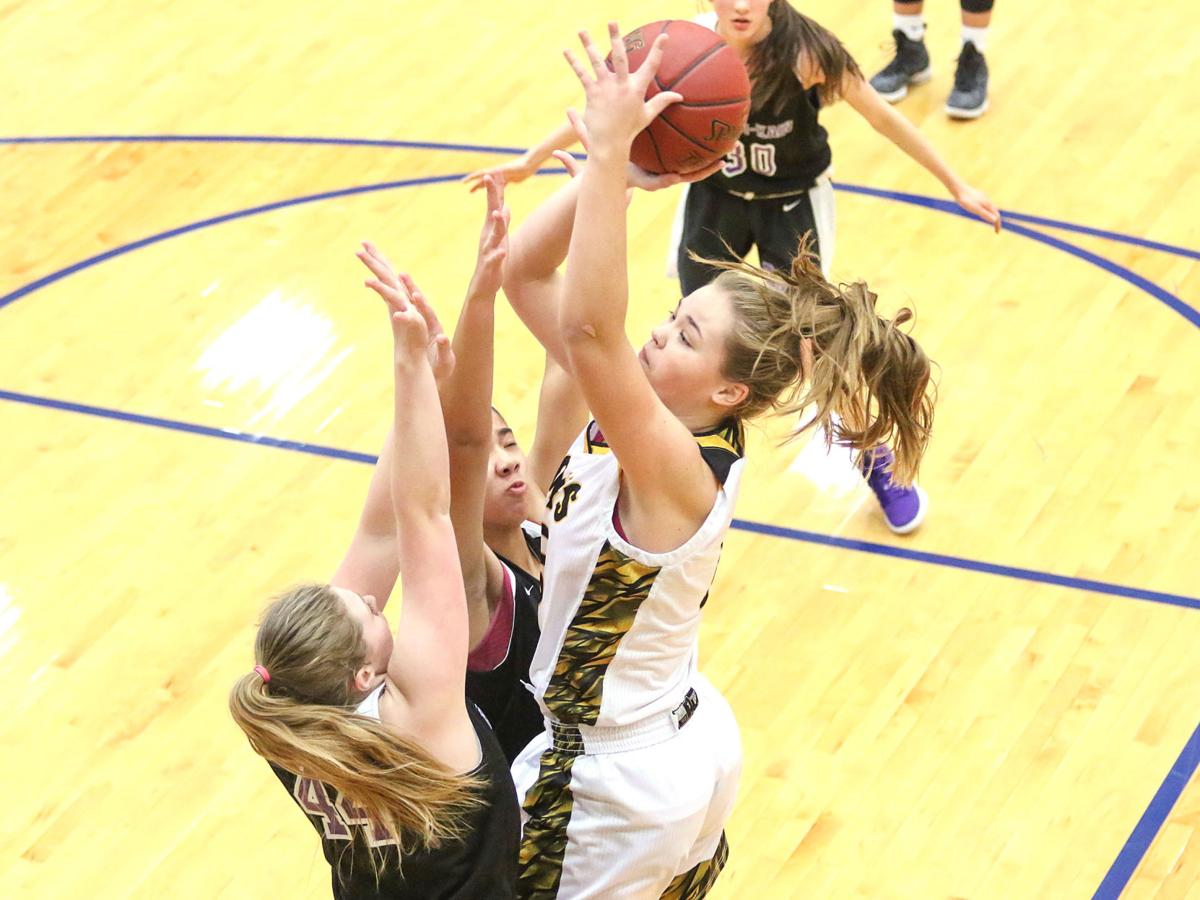 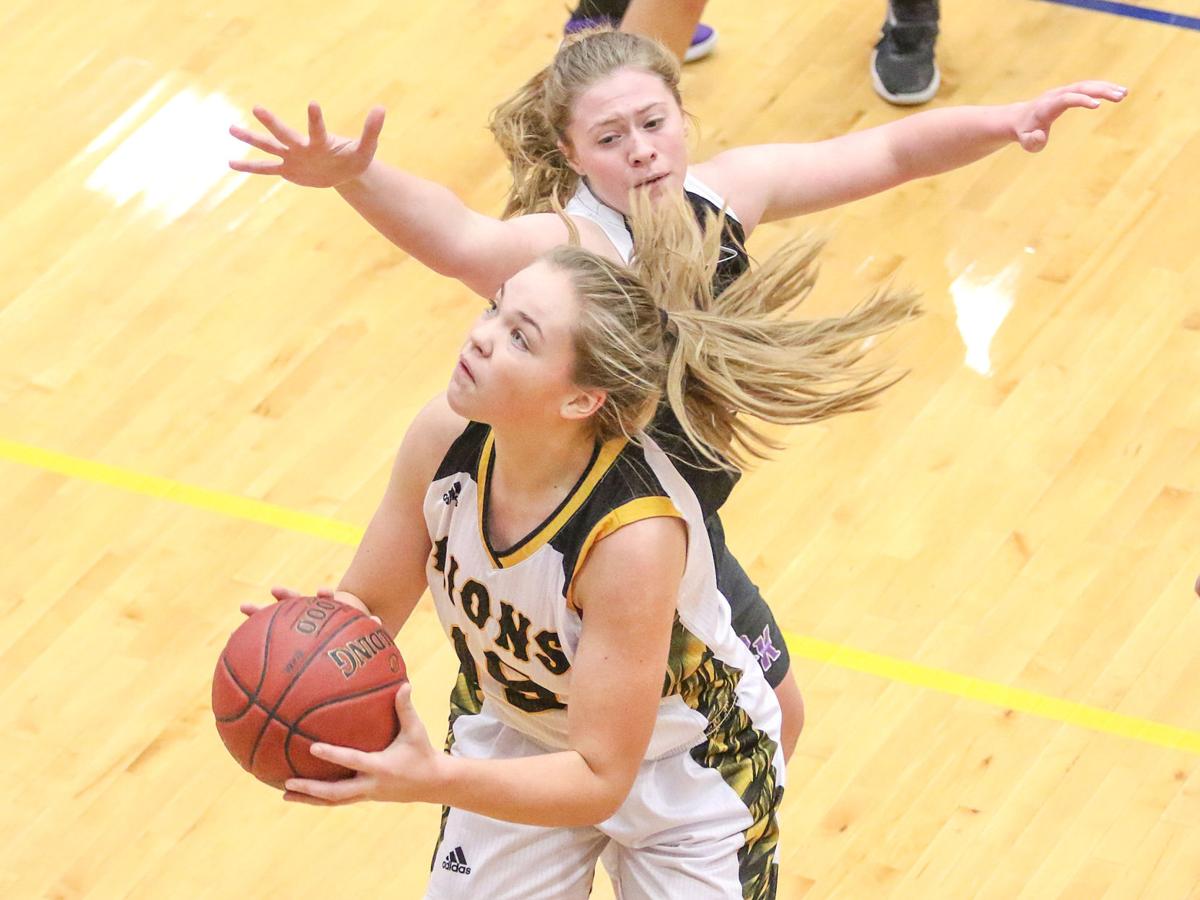 The leading scorer in the history of the Fort Zumwalt East girls basketball program laughed out loud when coach Kyle Brown tried to impress his players with the use of a big word during practice late last season.

Behan, a 6-foot-2-inch scoring machine, quickly corrected Brown on his pronunciation of the word, 'parabola'.

“Do you mean, parabola?” she said, using the proper word description of pa-rab-ola instead of his butchered version.

Brown has never lived that moment down and still gets reminded about it every now and then.

“She never let me forget it,” Brown recalled. “But, I learned my lesson – don’t try to impress girls that are smarter than you.”

Behan is not only one of the top athletes at the St. Peters-based school – she is also one of the smartest.

And one of the most easy going.

Behan’s on-court numbers are impressive. She took over the top spot on the school’s all-time scoring list with a 22-point effort on Saturday in a 45-40 loss to John Burroughs. Her layup late in the contest gave her 1,092 points passing the previous mark set by Brittany Tackett, who racked up 1,090 points from 2013-2016.

But Behan is just as deadly in the classroom - as Brown found out.

Behan sports a 4.67 grade-point-average as is ranked eighth in a class of 298. She has gotten straight A’s ever since she recorded a B in a third-grade reading class.

Her penchant for correcting others' grammar in a humorous manner is well known.

“She does it around the house with her brothers (Nick and William), it aggravates the heck out of them,” explained her mother Shannon. “I’m kind of a word person, so she doesn’t get me too often.”

Behan, who scored 31 on her ACT test, plans on studying Aerospace Engineering and follow in the footsteps of her father, Will, who works at Boeing.

Nicknamed, "The Giraffe," Behan has pushed her game to a higher level over the past two seasons. She is averaging 18.8 points and 13.9 rebounds this year for the Lions, who are off to a 7-4 start.

Thanks in part to Behan, the program, which began playing on the varsity level in 2008-09, is starting to gain some notoriety after posting a 17-9 mark last season.

And Behan has played a key role in that growth spurt.

“It’s no secret that a good majority of what we do offensively goes through her,” said Brown, who is in his second season at the helm. “That makes what she’s doing even more impressive.”

Behan is a basketball junkie. She’s the first to arrive at practice and the last to leave on a daily basis.

“There’s no one who puts more time into getting better than she does,” says East senior guard Maiya Woelbling, who has played alongside Behan since the two were in the sixth grade. “Because of that, she’s gotten so smart on the court. Her awareness, her basketball intelligence, it’s insane.”

Behan possesses a wide variety of skills. Despite playing the post position most of her career, she possesses guard-like shooting skills.

“I tell college coaches, the upside of Liz is that she’s not just tall, but she can shoot the ball,” Brown said.

Behan began playing basketball in the second grade. She had a serious growth spurt four years later and reached the six-foot mark by the eighth grade.

She remembers walking into the East gymnasium as a freshman and looking at the scoring exploits of Tackett in the school’s trophy case.

“I never thought I could do something like that," Behan said. “I thought, “it’d be cool.” But, I thought I was in over my head.”

Behan broke into the starting lineup as a sophomore and averaged 14.7 points and 9.8 rebounds. Last season, she pushed those totals to 18.5 and 10.1.

Now, she is recording double-doubles on a regular basis. She recently pulled down a career high 21 rebounds in a win over Clayton.

Behan, who also plays AAU basketball for the Missouri Rockets and St. Louis Shooting Stars, credits part of her maturation to things she learned at a camp run by WNBA Rookie of Year Napheesa Collier, who plays for the Minnesota Lynx and attended the University of Connecticut and Incarnate Word Academy.

The recent uptick in Behan’s game has put her on the radar of NCAA Division I coaches around the country. She has already checked out Kansas University, Saint Louis University and Washington University in St. Louis.

Behan plans on making a college decision after the season.

But first, she would like to help her team to its first district title. The Lions are 2-11 in post-season play and have gone one-and-out nine times.

“It would be great to be remembered for getting this program to a new level,” Behan says.

Behan will leave East as the best player in school history. But she has accomplished so much more.

GLEN CARBON — Junior guard Anna McKee and senior post player Madison Webb spend a lot of time on the basketball court together, and that famil…