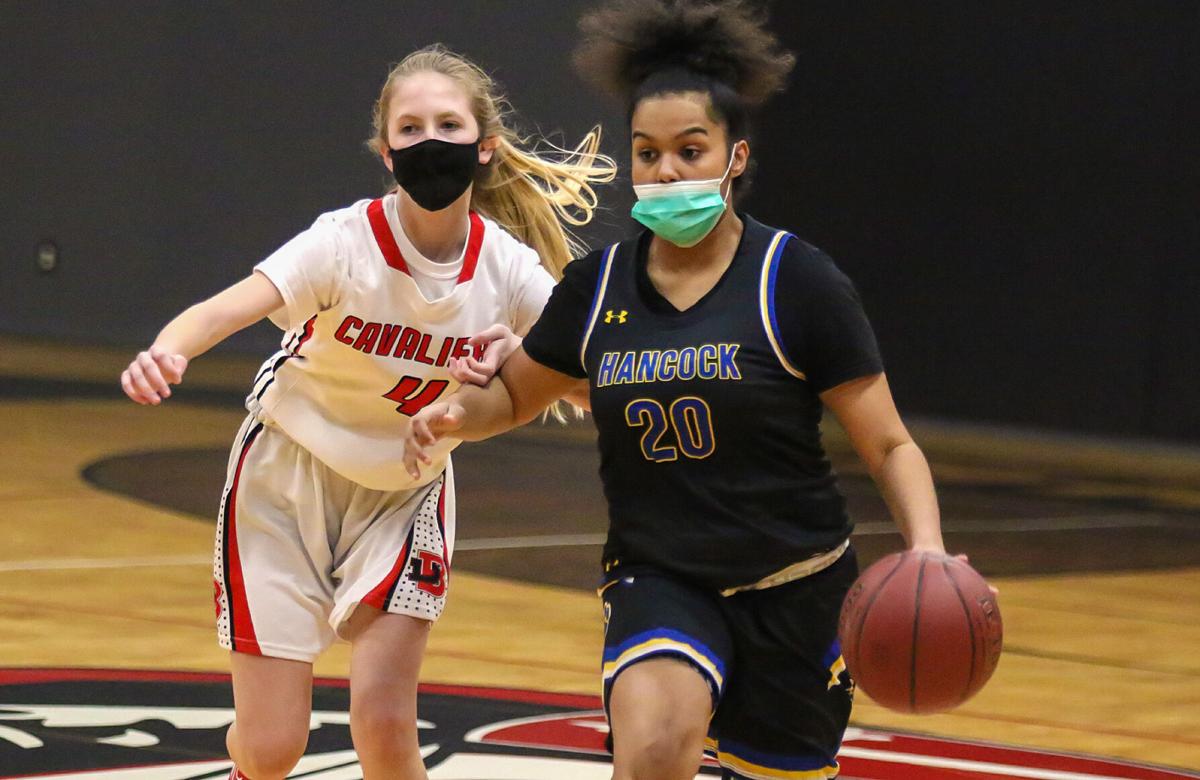 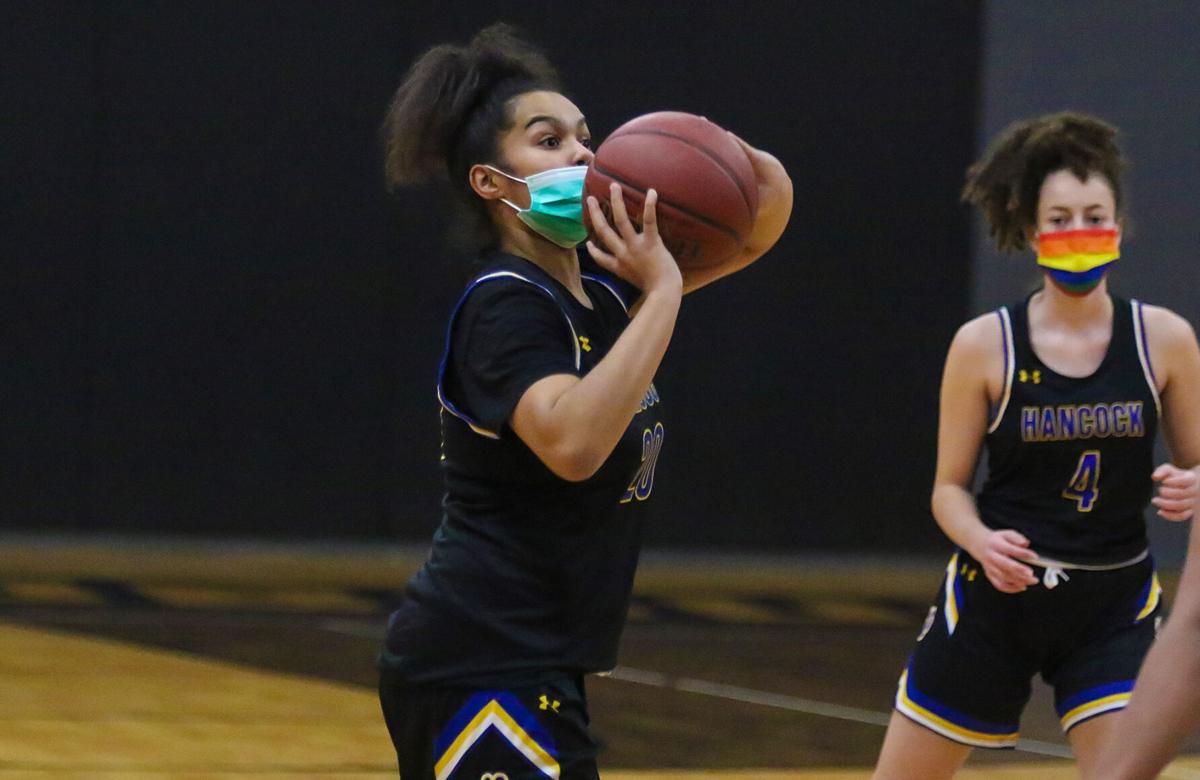 Hancock's Bri Collins takes a 3-pointer from the top of the key during a girls basketball game against DuBourg on Monday, December 21, 2020 at DuBourg High School in St. Louis, Mo. Paul Kopsky | STLhighschoolsports.com 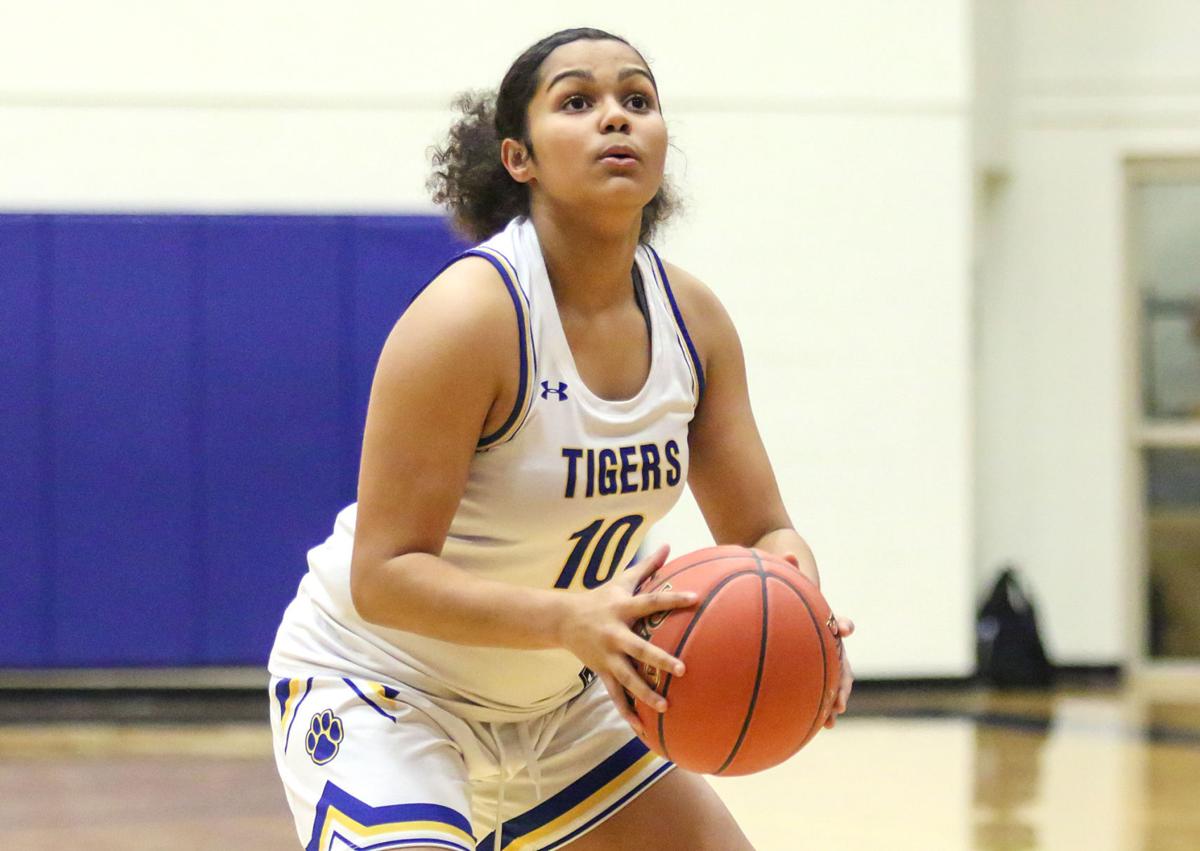 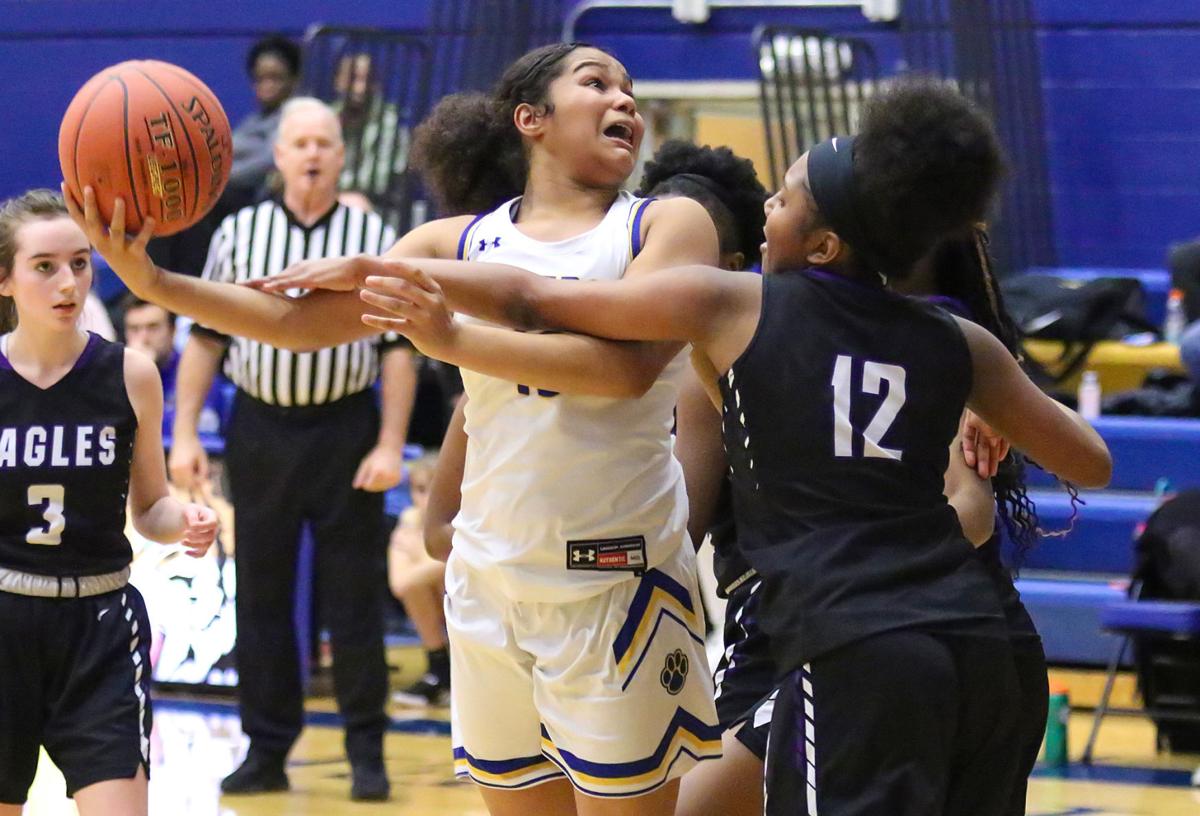 Laura Werner still has the image ingrained in her mind.

There was a lone fifth grader, standing all by herself with a basketball, shooting at a hoop time and time again while her classmates were off playing other games on the playground during recess.

"I thought to myself, 'This girl is going to be a basketball player,' " said Werner, the longtime Hancock Place girls basketball coach. "And probably a good one."

Bri Collins has gone on to check both of those boxes.

Collins, now a sophomore at Hancock, has developed into a scoring machine for the Tigers.

Collins pumped in a school-record 47 points in a 53-42 win over Villa Duchesne on Jan. 20. She's a serious threat to re-set that record every time she steps onto the floor.

So far she has attained that goal in 10 of 15 games, including a 45-point effort in a 66-42 win over Crossroads just two weeks ago.

"She just has a knack for finding openings and getting her shot to fall," Werner said. "When she gets going, she's hard to stop."

Collins honed her craft in grade and middle school by spending countless hours taking shot after her shot.

"I didn't want to do kickball like all the other kids were doing," said Collins, who began her shooting sessions in the third grade. "I just liked it. Sometimes, a few of the other kids would join me. But a lot of the time, I was just by myself."

Collins learned the game from her father, Brandon, who still passes along advice from time to time. The oldest of five children, Bri would follow Brandon everywhere, which usually meant to the local playground for some hoops action.

"She was like my twin," Brandon recalled. "We'd go all over the place together."

Bri would regularly join the boys in pickup games at the Carondelet YMCA, where she could more than hold her own.

Those battles, along with scrimmages with her father, helped develop the skills she has now.

Collins has tallied 21 points or more in 14 of 15 games for the Tigers, who sport a 6-9 record. She regularly draws double and triple teams from the opposition but still manages to get her points.

"She can also drive to the basket," Werner said. "Her points come from all over the place. That's what makes her so tough to guard."

Collins is well on the way to becoming the first area player to average over 30 points per game in a season since Brooke Taylor of Bismarck scored at a 32.4 clip during the 2008-09 campaign. Collins is hoping to pass Sonya Daugherty, who averaged 30.9 points for Hancock in 2003-2004. That team finished fourth in the state in Class 3.

Hancock has only eight players on its roster. Several of them excel at other sports and are playing basketball just to keep in shape.

That makes things even harder for Collins.

"We live and die by how Bri is playing," Hancock athletics director Steve Kelly said.

Collins needs to work on the other facets of her game, including defense, if she wants to take her game to the next level.

Laura Werner calls it a chuck and a prayer.

The Lift For Life girls basketball team couldn’t let the boys have all the fun.

Hancock's Bri Collins takes a 3-pointer from the top of the key during a girls basketball game against DuBourg on Monday, December 21, 2020 at DuBourg High School in St. Louis, Mo. Paul Kopsky | STLhighschoolsports.com