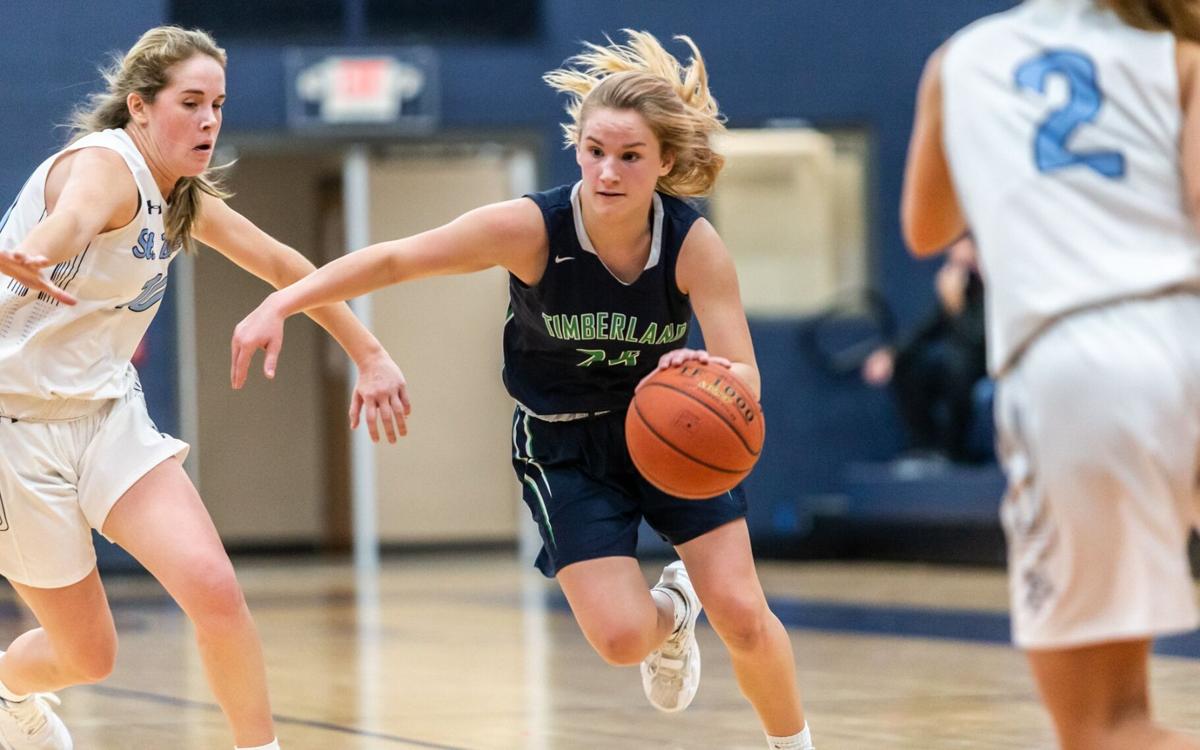 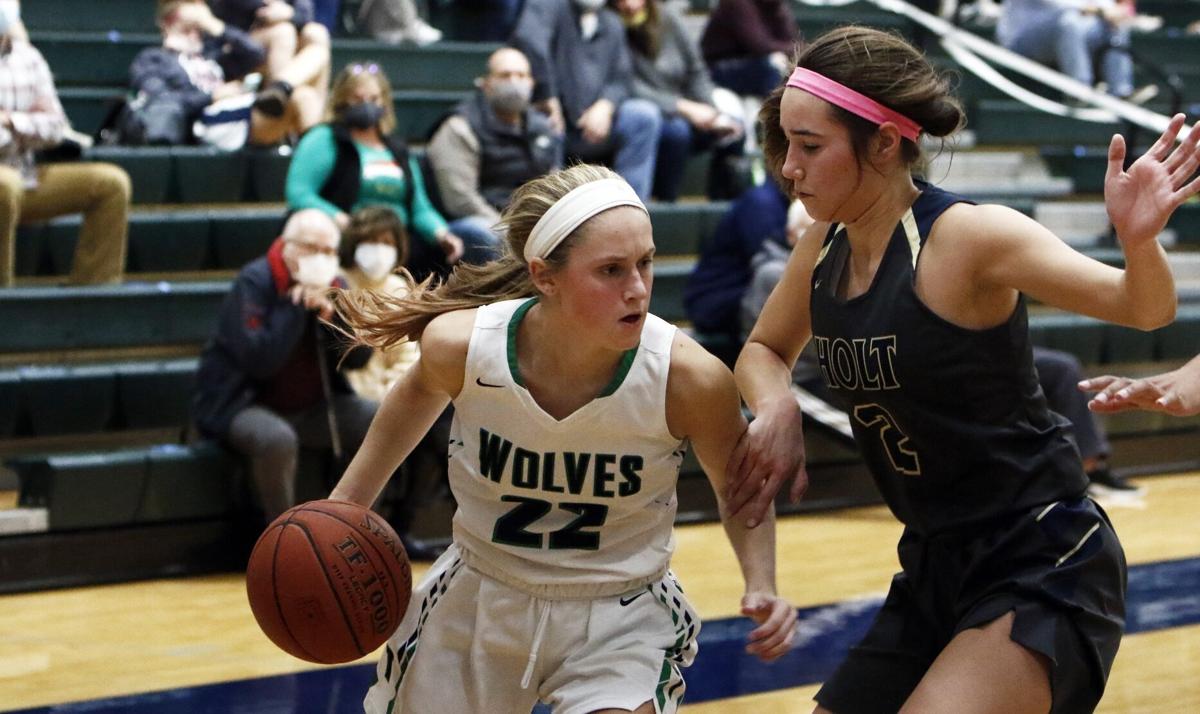 When it comes to high school basketball, Leah Wilmsmeyer has an advantage that few who play the game do.

Every day at practices and games, Wilmsmeyer has the bond of family to lean upon.

Wilmsmeyer, a sophomore guard at Timberland, is the younger sister of Wolves’ sophomore forward and her twin sister, Lexi, by six minutes.

“We’re super close and it’s a lot of fun having her on the court,” Leah Wilmsmeyer said. “We laugh a lot and we’ve connected on the court. It’s really easy to have chemistry with her since I’ve grown up playing basketball with her for so long. Our whole team, we love making each other laugh and she really does that on the court. Yes, I am (more serious) and she loves making jokes.

“There is definitely some competitiveness but we’re able to work through it,” Leah Wilmsmeyer continued. “Overall, it’s more fun to play with her. During the summer, I play AAU for the Missouri Phenom and she doesn’t and it’s super weird because I like having here there.”

Lexi Wilmsmeyer said she has no problem playing the comic foil when necessary.

“We’re close and we joke with each other,” Lexi Wilmsmeyer said. “It’s a lot of fun to be able to do that.

“Having fun is such a big part of sports, so I enjoy it (keeping things lite),” Lexi Wilmsmeyer added. “Things can get so serious and it’s not fun then. It makes people not enjoy things as much.”

The comfort level has been apparent for Leah Wilmsmeyer as she has led the offense for Timberland (5-8). While the Wolves are seeking consistency in terms of results, they already are nearing last season's win total of seven.

Leah Wilmsmeyer is among area scoring leaders with an average of 17.2 points per game. She hit her single-game season high of 26 points twice in back-to-back efforts against Fox and St. Dominic in late December.

“I really enjoy watching her do so well,” Lexi Wilmsmeyer said. “Basketball is such a huge passion of hers and it’s fun to see her do well.”

Timberland coach Brad Schellert said with Leah Wilmsmeyer having a strong season after averaging 10 points a game as a freshman, has been important in light of the shuffling to the Wolves lineup that has been necessary.

The coach said that junior point guard Bailey Broemmer has been helped greatly by the expansion of Leah Wilmsmeyer’s game.

“Last year, when Madison Baird was here, she’s hurt this year, Leah could just roll off screens and shoot,” Schellert said. “Now, Leah is having to do a lot more for us. Last year, she was more of a spot-up shooter but, this year, she’s learning to how to get to the basket and take contact.”

Schellert added that, while there is a definite difference between the two, in the end the Wilmsmeyers have the ultimate goal of the team’s success in mind.

“They’re just two different ball players and, until I got to know them last year, I didn’t know who was who,” Schellert said. “They’re sisters, they’ll get along one day and the next, and they’ll get after each other. They’re both pretty competitive so that throws a different dynamic into it. That (competitiveness) is a good thing for us.”

While the season has been an up-and-down one for the Wolves as the team has battled quarantines due to the coronavirus pandemic, there have been bright spots.

“I think just having more experience this year helps and it’s a whole different team this year,” Leah Wilmsmeyer said. “I feel like the mindset, it’s a lot more encouraging, this year. We know that we have the talent and it’s fun to see the team put it together.”

While sports has been such a big part of the twins’ lives as Lexi Wilmsmeyer plays volleyball and both girls play lacrosse, basketball is something Schellert is glad will most likely be a part of the sister’s future for the next couple years.

“It’s great to know they’re going to be around and that they’ll still have two years left after this,” he said. “They’re an important part of the program and it will be amazing to see what they can do as they continue to grow.”