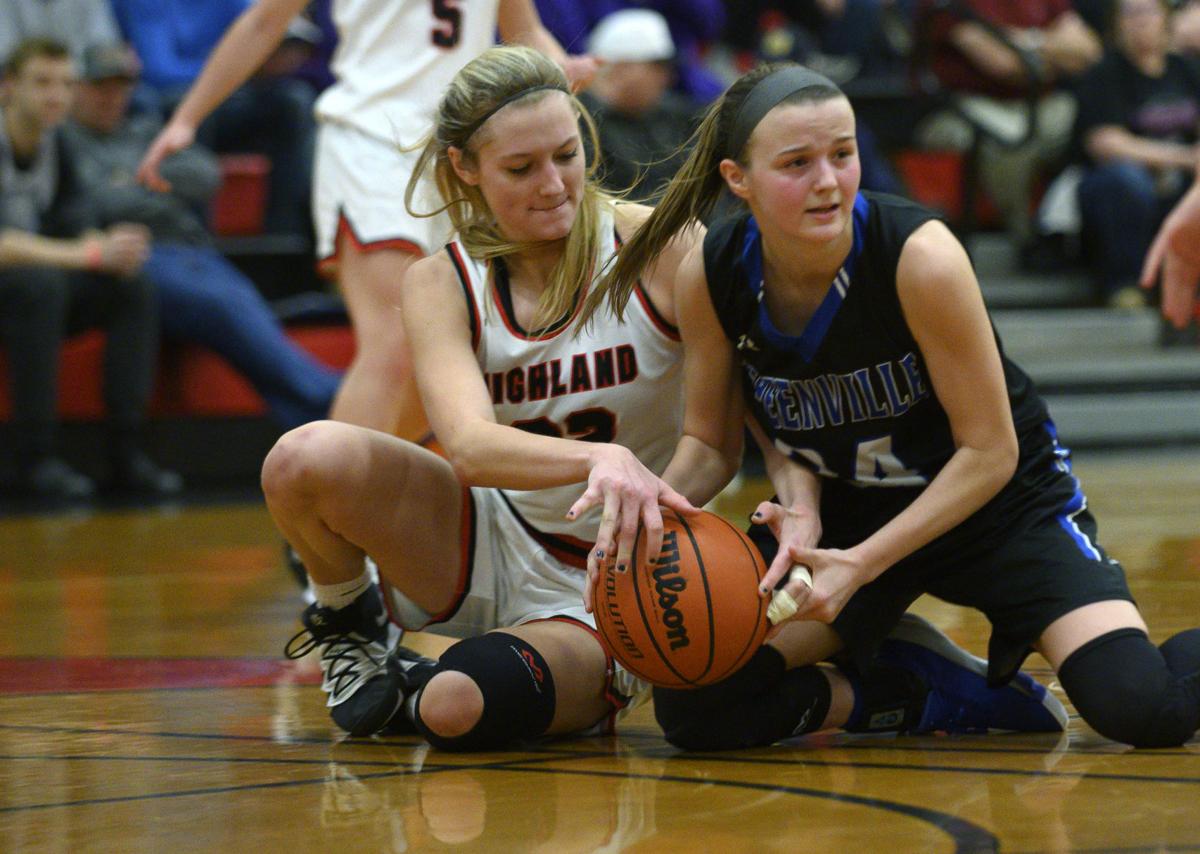 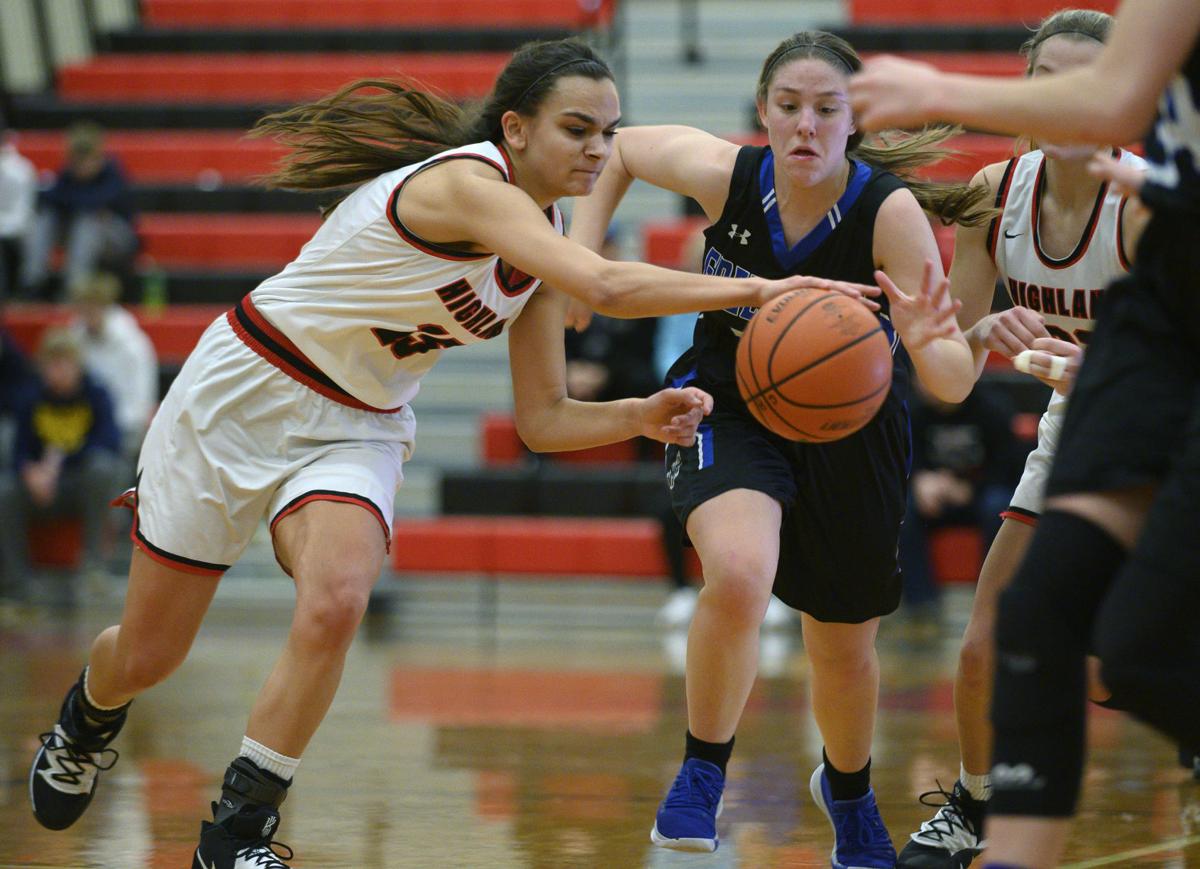 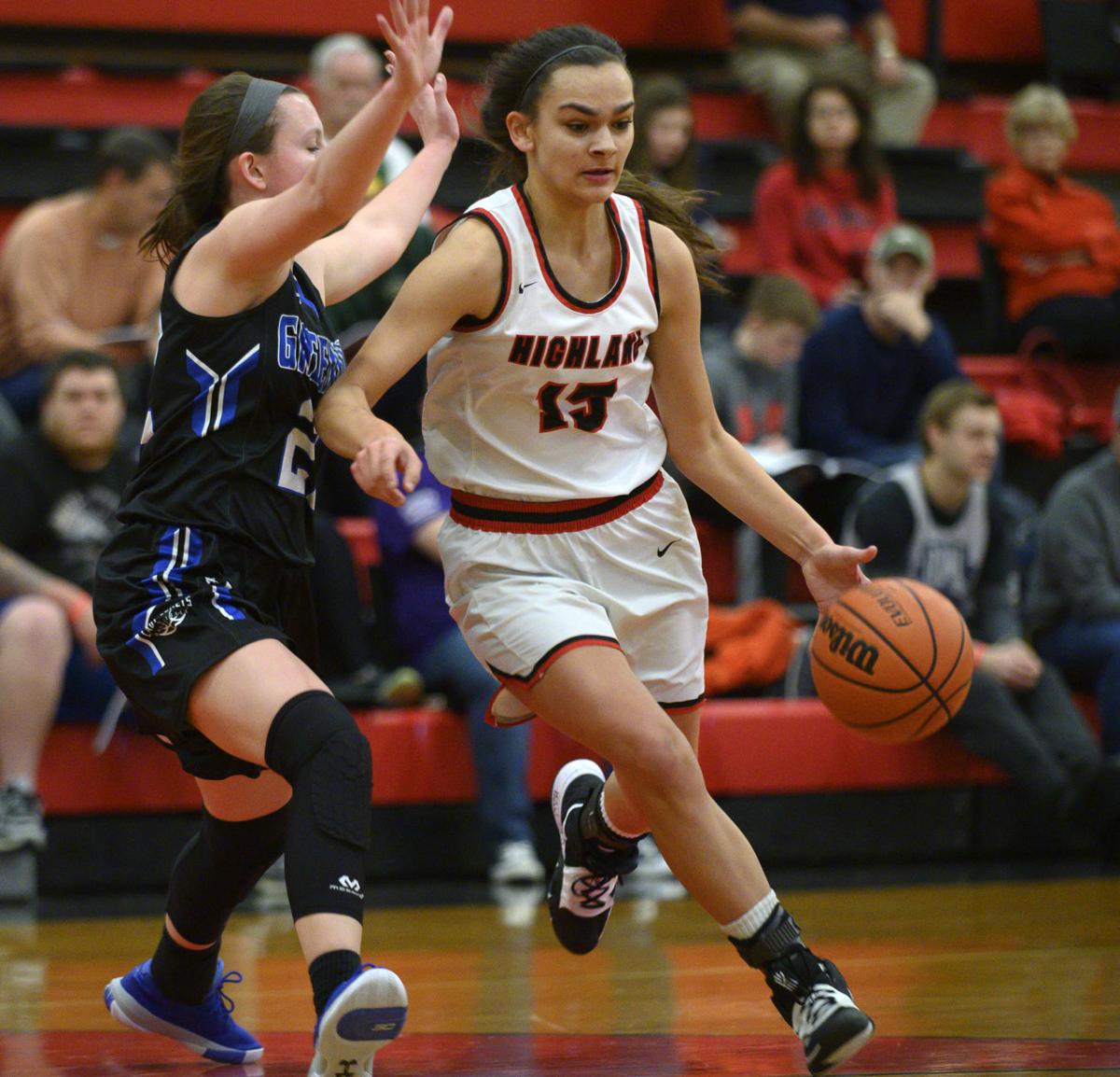 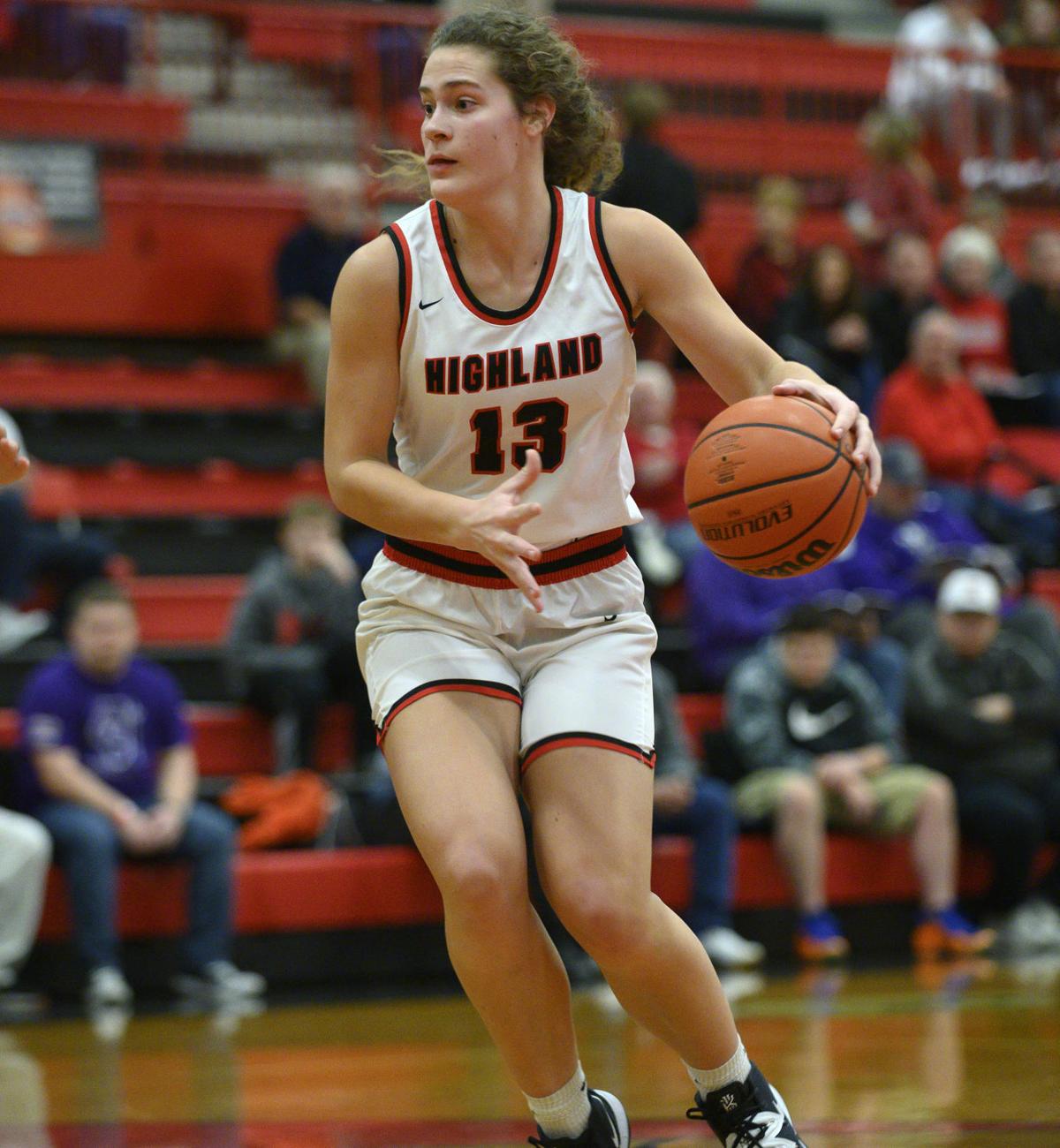 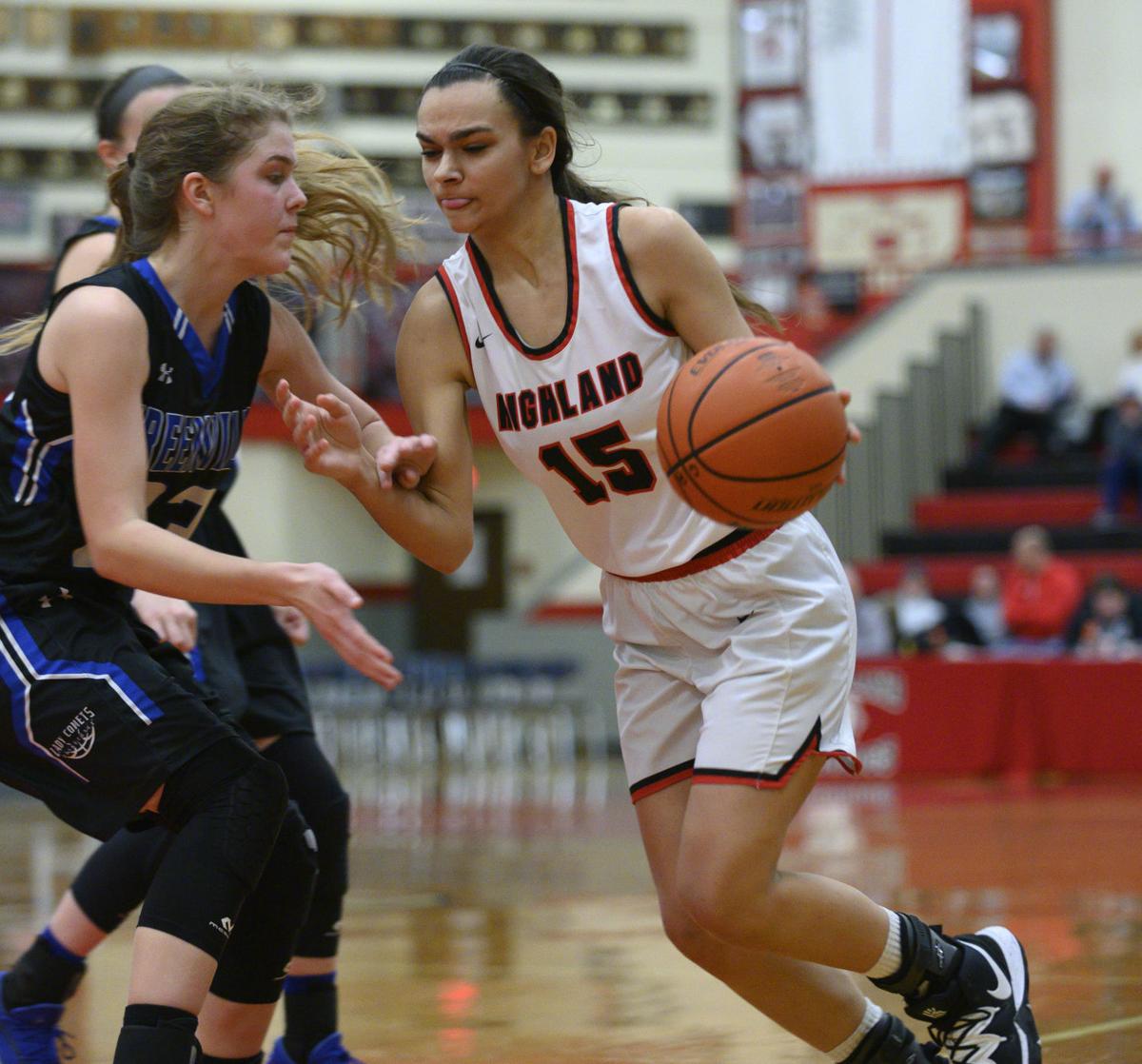 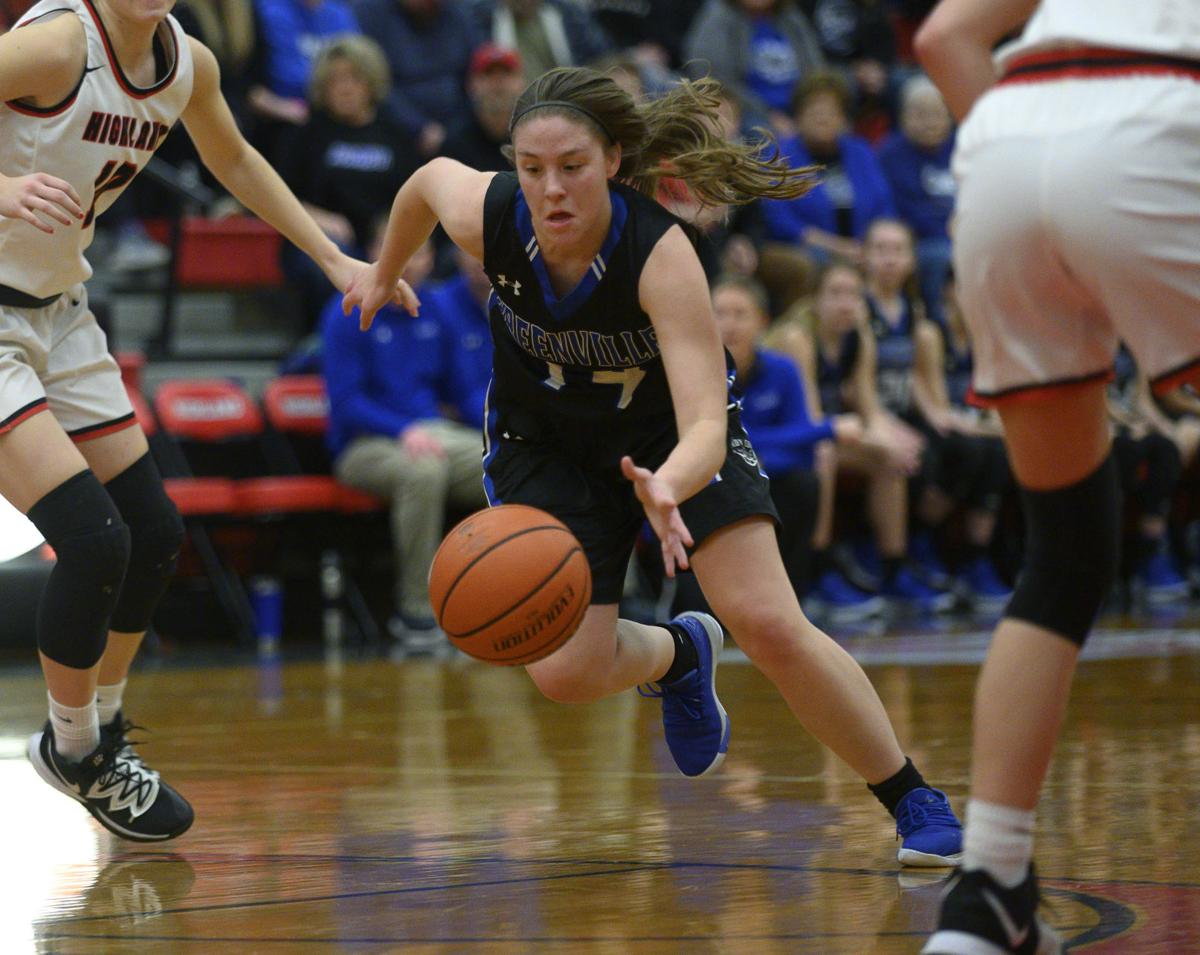 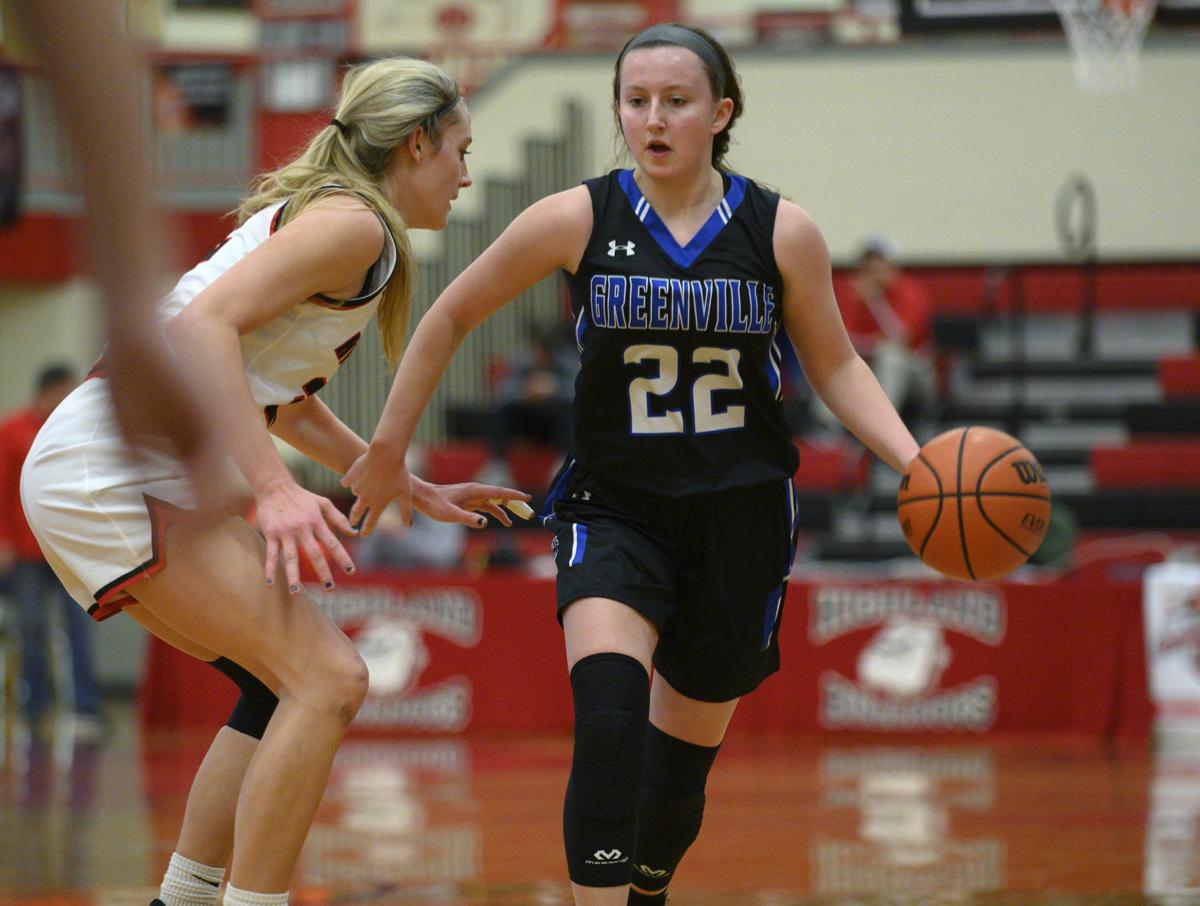 Greenville's Rylee Pickett (22) brings the ball down the court during a girls basketball game in the 29th Annual Highland Shootout on Saturday, January 11, 2020 at Highland High School in Highland, Ill. Paul Halfacre, STLhighschoolsports.com 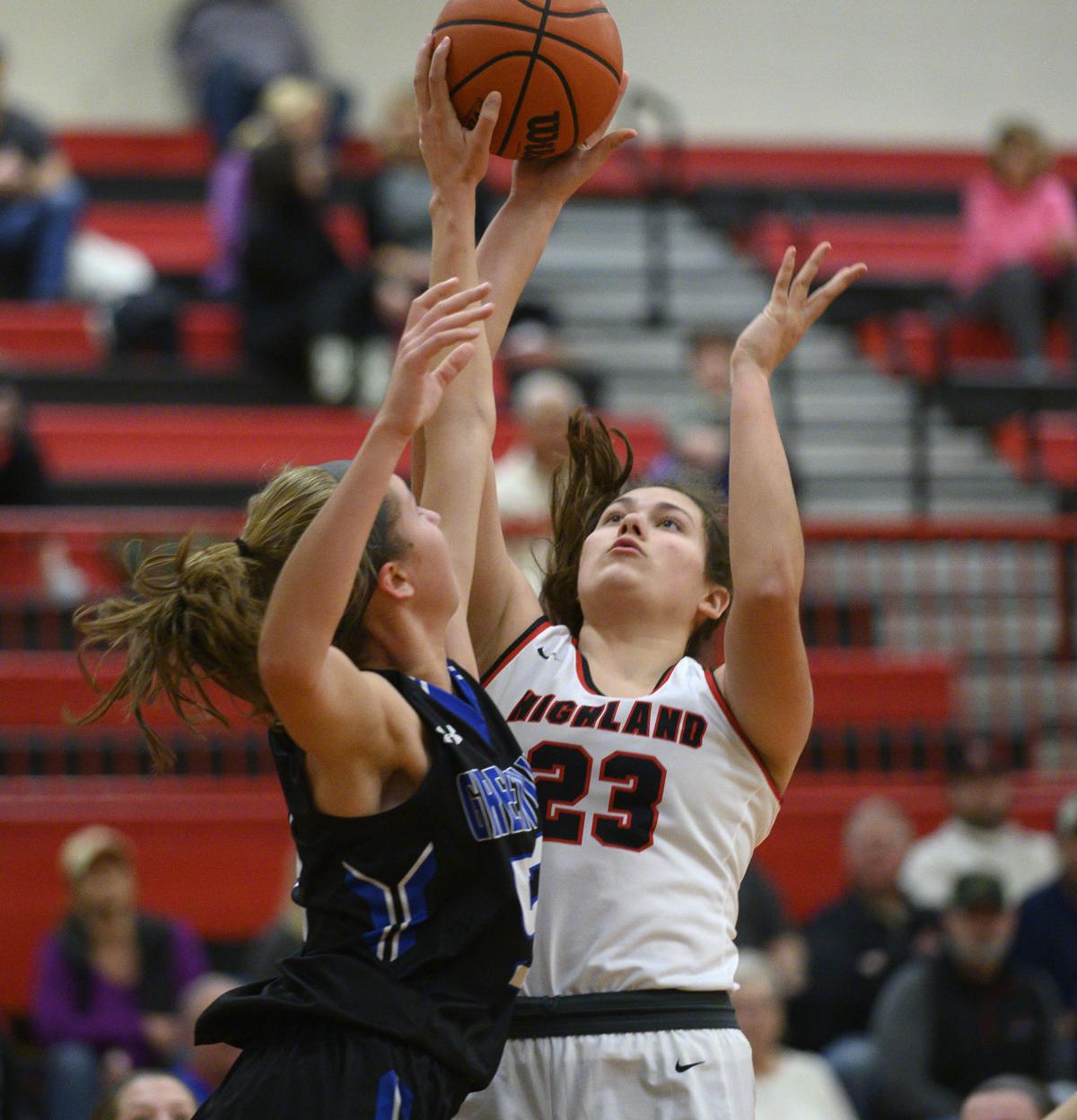 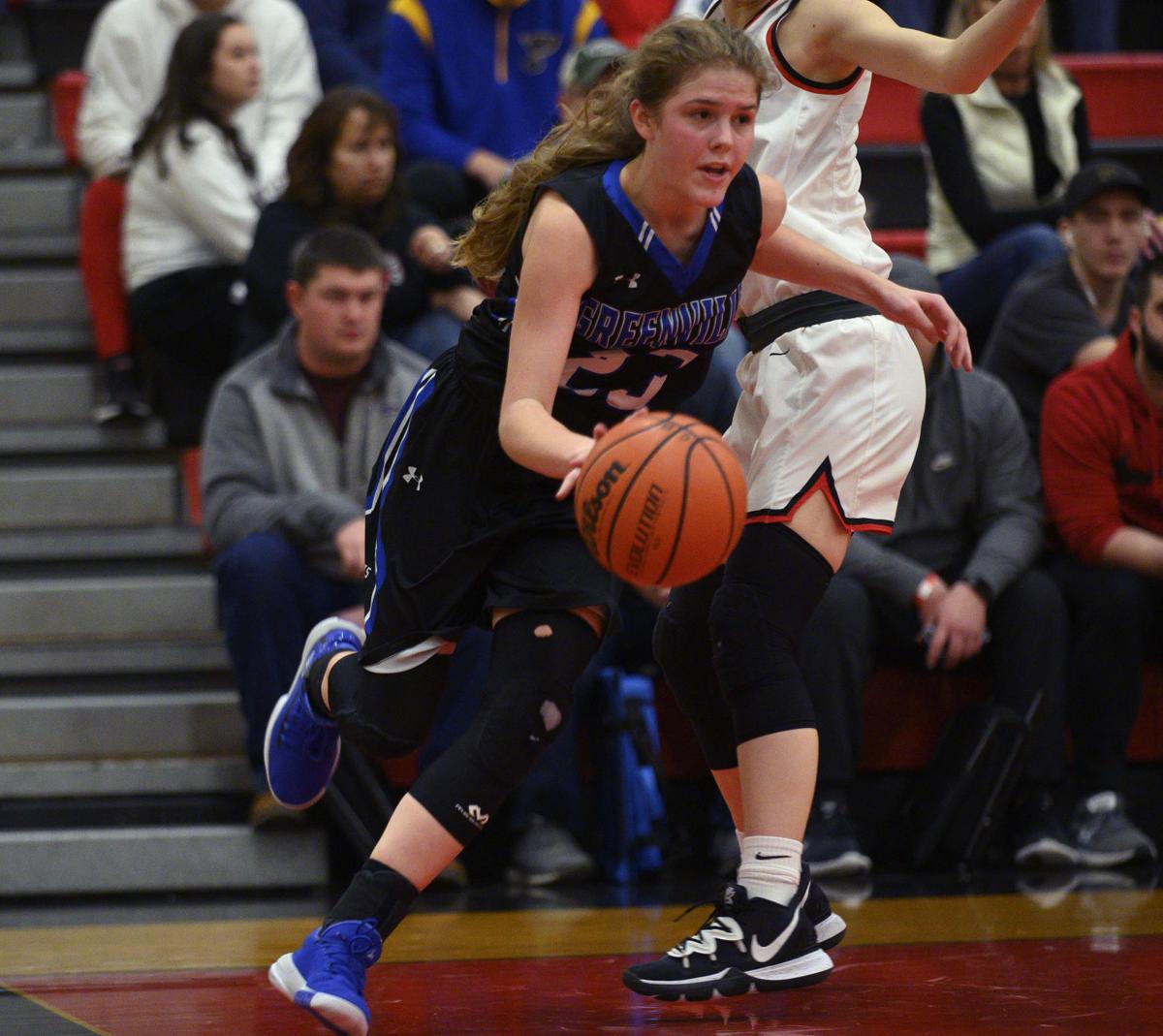 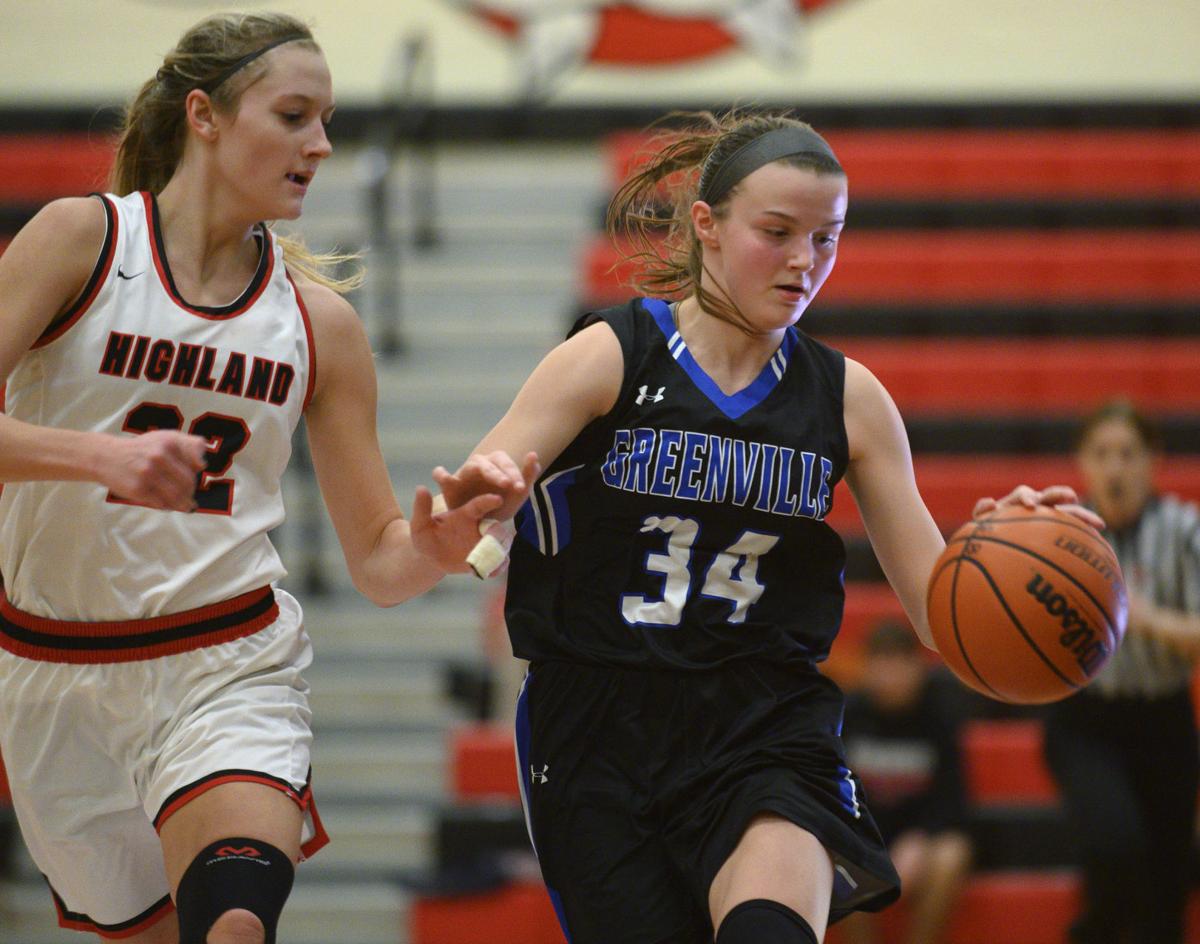 Greenville's Natalie Iberg (34) brings the ball up the court during a girls basketball game in the 29th Annual Highland Shootout on Saturday, January 11, 2020 at Highland High School in Highland, Ill. Paul Halfacre, STLhighschoolsports.com

"The last couple of games, we've let teams kind of hang around and I told them that this is the time to step on it," Hamilton said.

His message rang true Saturday morning as Highland pulled away in the fourth quarter from Greenville, notching a 58-40 victory in the opening game — and lone girls contest — of the 29th Highland Shootout at Highland High School. It was the first meeting between the teams in 20 years.

The Bulldogs (14-5), who notched their fourth victory out of the last five Highland Shootouts, ended Greenville's winning streak at nine games.

Highland forced 20 turnovers, with seven coming in the fourth quarter. That pressure turned a seven-point lead to double digits in the blink of an eye.

"They have some incredible athletes who go really deep," Greenville coach Kolin Dothager said. "I've seen them before and they've got about 10 kids who can all play. They just kind of out-athleted us there at the end."

The Bulldogs' charge was led by junior Bella LaPorta, who charged through and around Greenville (15-6) to score nine of her game-high 16 points in the fourth quarter.

"We knew we were going against a really big girl," LaPorta said. "We just had to give it our all and go for everything. No matter what, just try to get the ball."

Highland shook off a nonconference loss Thursday at Breese Central by starting on a 9-0 run against Greenville.

"When she gets scores a little bit, it's big for us because we have that many more shooters," Hamilton said. "When she's scoring, it's a calming effect for us. This morning, she did a great job of clearing that way for us."

Despite also having a home conference game Saturday afternoon against Litchfield, Greenville jumped at the chance to play in the Shootout in the 8:30 a.m. game against Highland.

The Comets bounced back from the Highland loss to beat Litchfield 41-25, improving to 4-1 in the South Central Conference.

"I think it was a good challenge, the girls played hard," Dothager said. "It's tough to play in the morning, but I thought the girls played hard. I think they'd beat anybody in our Class 2A sectional, they're a load. Like we said to the girls, you're not going to see anyone with that kind of pressure or teams that run 9-10 deep in 2A."

GLEN CARBON — Junior guard Anna McKee and senior post player Madison Webb spend a lot of time on the basketball court together, and that famil…

Greenville's Rylee Pickett (22) brings the ball down the court during a girls basketball game in the 29th Annual Highland Shootout on Saturday, January 11, 2020 at Highland High School in Highland, Ill. Paul Halfacre, STLhighschoolsports.com

Greenville's Natalie Iberg (34) brings the ball up the court during a girls basketball game in the 29th Annual Highland Shootout on Saturday, January 11, 2020 at Highland High School in Highland, Ill. Paul Halfacre, STLhighschoolsports.com